APOCALYPSE AND THE X-TRACTS #1 – The Groovy Revolution

En Sabah Nur leads a psychedelic underground resistance against X-Man in APOCALYPSE AND THE X-TRACTS #1. 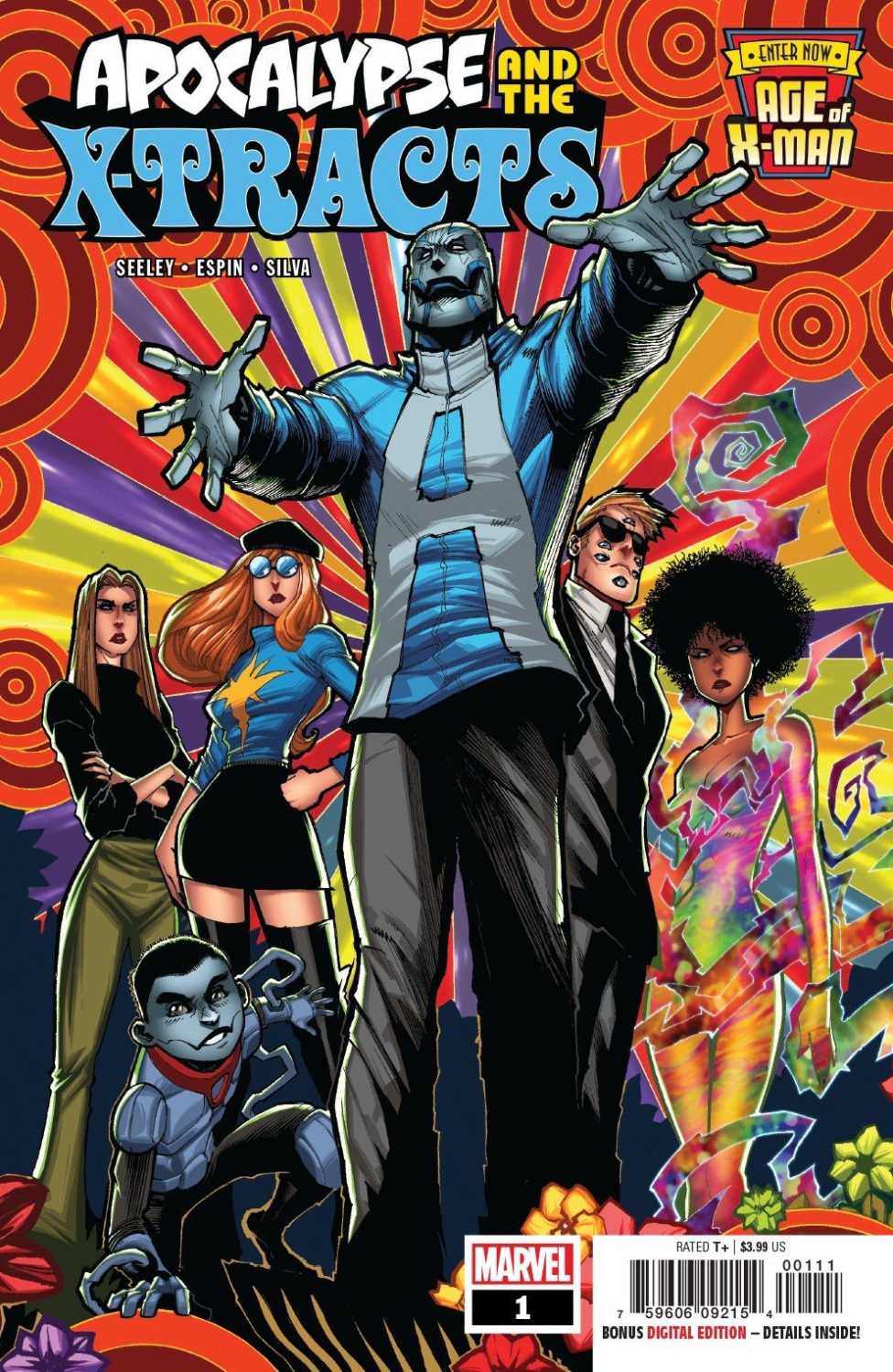 In the underground art scene of X-Man’s mutant utopia, Apocalypse fights for free love and other groovy ideals. His son Evan, Genesis, is desperate to join in on the front lines and prove himself a mighty Rider (not Horseman). Dazzler, Eye-Boy, Kitty Pryde, and Unveil are the underlings of En Sabah Nur spreading the good word of their definitely-not-evil leader.

Writer Tim Seeley joins in on the Age Of X-Man fun and finally takes us inside the opposition to Nate Grey’s passive tyranny. We don’t dive too much into the characters or Apocalypse’s message much outside of Genesis.

The tone established in this issue is much lighter than the others in the AOX line. Jazzy hipster Dazzler (or Jazzler) warrants further exploration. A lot of the underground art scenery reminds me of Hey Arnold! with it’s cartoon style and soft edge. 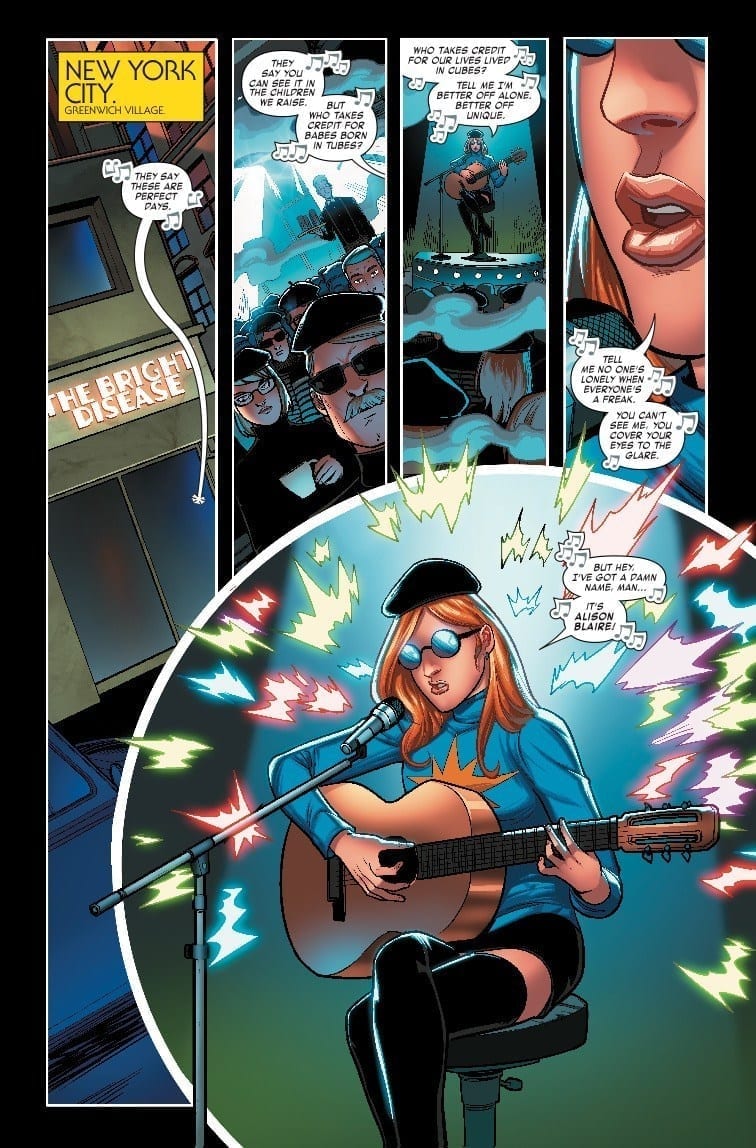 The X-Tracts ritual scene, with Unveil showing her ability, is a beautiful looking scene but it’s not clear exactly what’s going on–other than the fact that it’s really groovy! It’s odd seeing Apocalypse in a fatherly role with Evan, how that relationship develops could make or break this story.

After years of the character having nothing to do, Tim Seeley may have found a way to make Genesis interesting for the first time since Rick Remender’s Uncanny X-Force.

On the side of antagonists, we’ve been getting a lot of Omega Red recently. He’s been featured multiple times since the beginning of Marvel’s X-Men ResurreXion. He looks to be a promising wild card thrown into whatever Seeley has planned for us.

Artist Salva Espin and colorist Israel Silva do the heavy lifting in establishing the book’s tone and groovy atmosphere. The edges of Apocalypse And The X-Tracts are much softer than the rest of the Age Of X-Man line, it provides a comforting contrast. 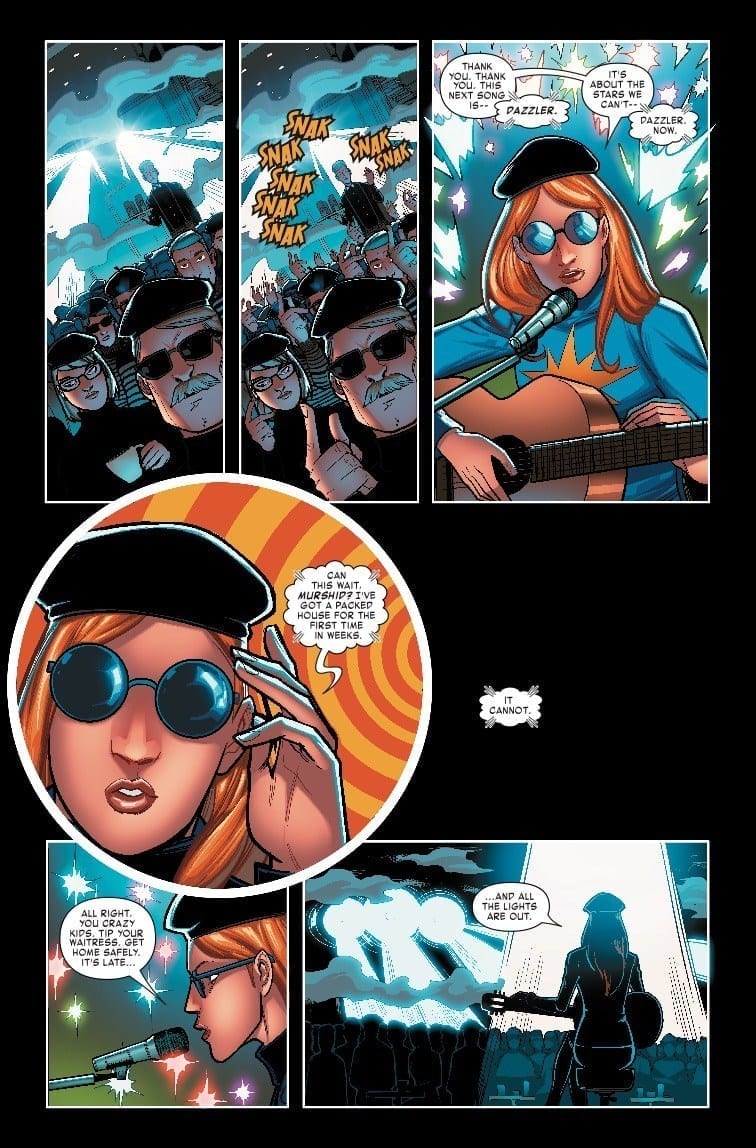 The more psychedelic moments of this issue are colorful and mesmerizing. The cartooning on display here is similar to that of Humberto Ramos’ work on Amazing Spider-Man. It’s just the right amount of bubbly.

Apocalypse And The X-Tracts #1 may not have the clearest mission statement but it sets up an interesting underground corner of the Age Of X-Man world. Tim Seeley likes to get weird, let’s hope the next issue is less tame and leans more into psychedelia.