There were many highly anticipated spin-off stories to come out of Marvel’s 2015 Secret Wars event, but AMAZING SPIDER-MAN: RENEW YOUR VOWS (2015) #1 rocked the comics landscape unlike any other. Released in June of the same year, the inaugural issue paid service to Spidey fans by presenting a married version of Peter Parker and Mary Jane Watson, along with their daughter Annie. However, the the disappearance of the world’s superheroes led Peter on a fact-finding mission to protect his world and family.

Our friendly neighborhood hero finds himself living the dream. With his marriage to Mary Jane, this narrative gives Peter the life he’s always wanted. But it’s not all pie in the sky. The interactions between the family is just what readers would expect in a Spider-Man marriage: arguments over Peter’s responsibilities. 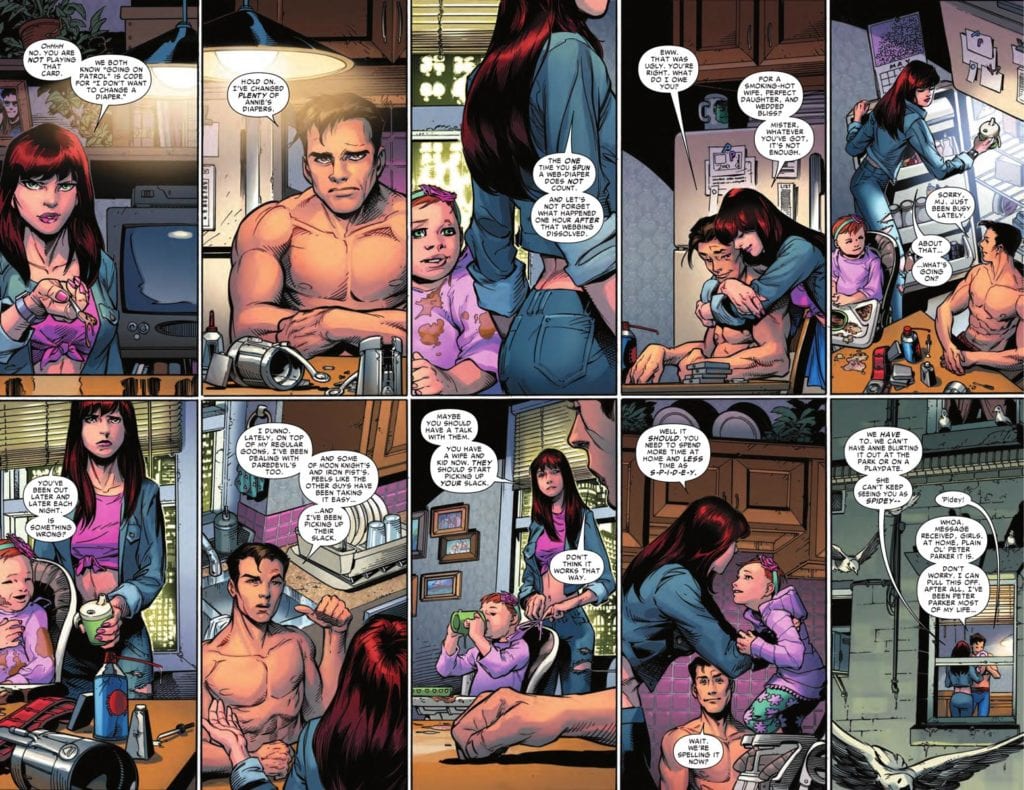 Dan Slott presents readers an engaging portrayal of family life in one of the most popular comic couples. We see the highs, lows, and all-round average days anyone would expect. However, as their version of New York happens to find itself in Battleworld from the Secret Wars event, their peace cannot last for long. And readers find it begins with missing superheroes. 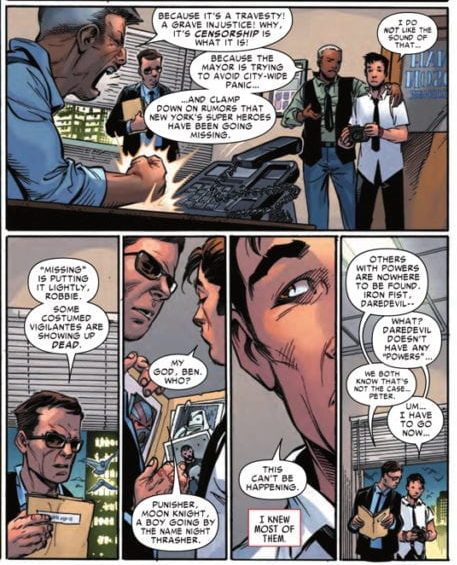 Peter finds himself unraveling this mystery while trying to be present for his new family. But when one of his most ferocious villains threatens their safety, will be cross a line in order to protect them?

AMAZING SPIDER-MAN: RENEW YOUR VOWS (2015) #1 was one of the most beloved alternate Spidey stories. Seeing Peter and Mary Jane in a happy marriage once again is enough to encourage fans to pick this one up!

Did you enjoy seeing Peter and Mary Jane as parents? Let us know in the comments below!

Writer Dan Slott presents readers an engaging portrayal of family life in one of the most popular comic couples.What It Means To Be A Family In AMAZING SPIDER-MAN: RENEW YOUR VOWS (2015) #1