Mary Shelley Monster Hunter #3 is out June 19th, but thanks to AfterShock Comics, Monkeys Fighting Robots has an exclusive seven-page preview to share with you.

The 32-page book is written by Adam Glass and Olivia Cuartero-Briggs, with art and cover by Hayden Sherman, and letters by Sal Cipriano.

About the comic:
Displeased with her first attempt at creating man, Victoria prepares to end the creature’s life mere moments after it began. Horrified, Mary convinces Victoria to allow her to educate Adam—as she names him—before making any rash decisions. Though the results of Mary’s work are astounding, the events that follow lead her to wish she had just let him die…

Brought to life by Adam Glass (ROUGH RIDERS, THE NORMALS, THE LOLLIPOP KIDS) and Olivia Cuartero-Briggs (TV’s The Arrangement) with art by Hayden Sherman (COLD WAR, The Few, Wasted Space), MARY SHELLEY MONSTER HUNTER is historical fiction at its most (After)shocking!

You can read our review of Mary Shelley Monster Hunter #1 right here on Monkeys Fighting Robots.

“not only does the book divulge the secret life of the infamous horror writer, it puts a new spin on Shelley’s own masterpiece, Frankenstein; or, The Modern Prometheus.” – MFR Critic Michael Fromm 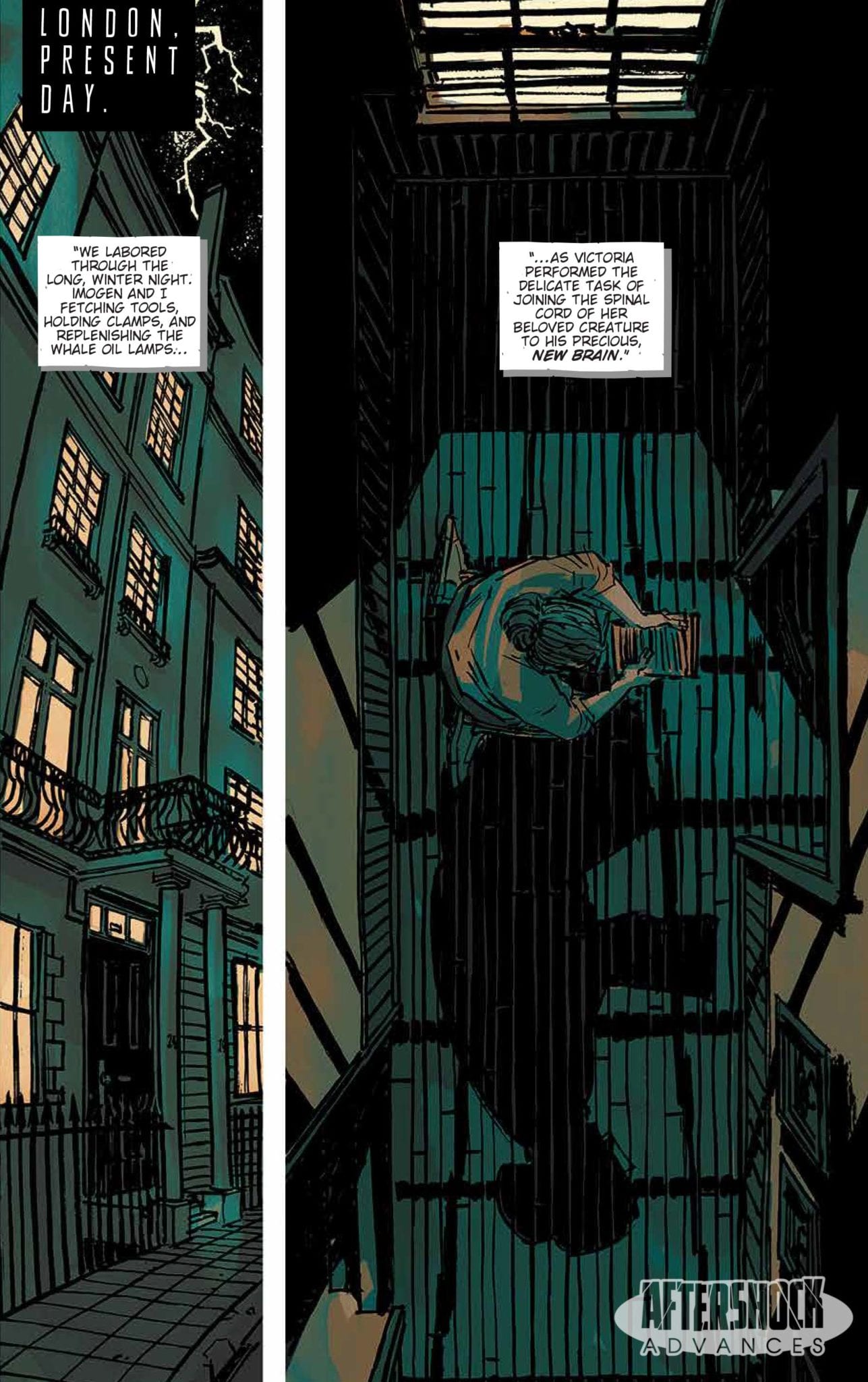 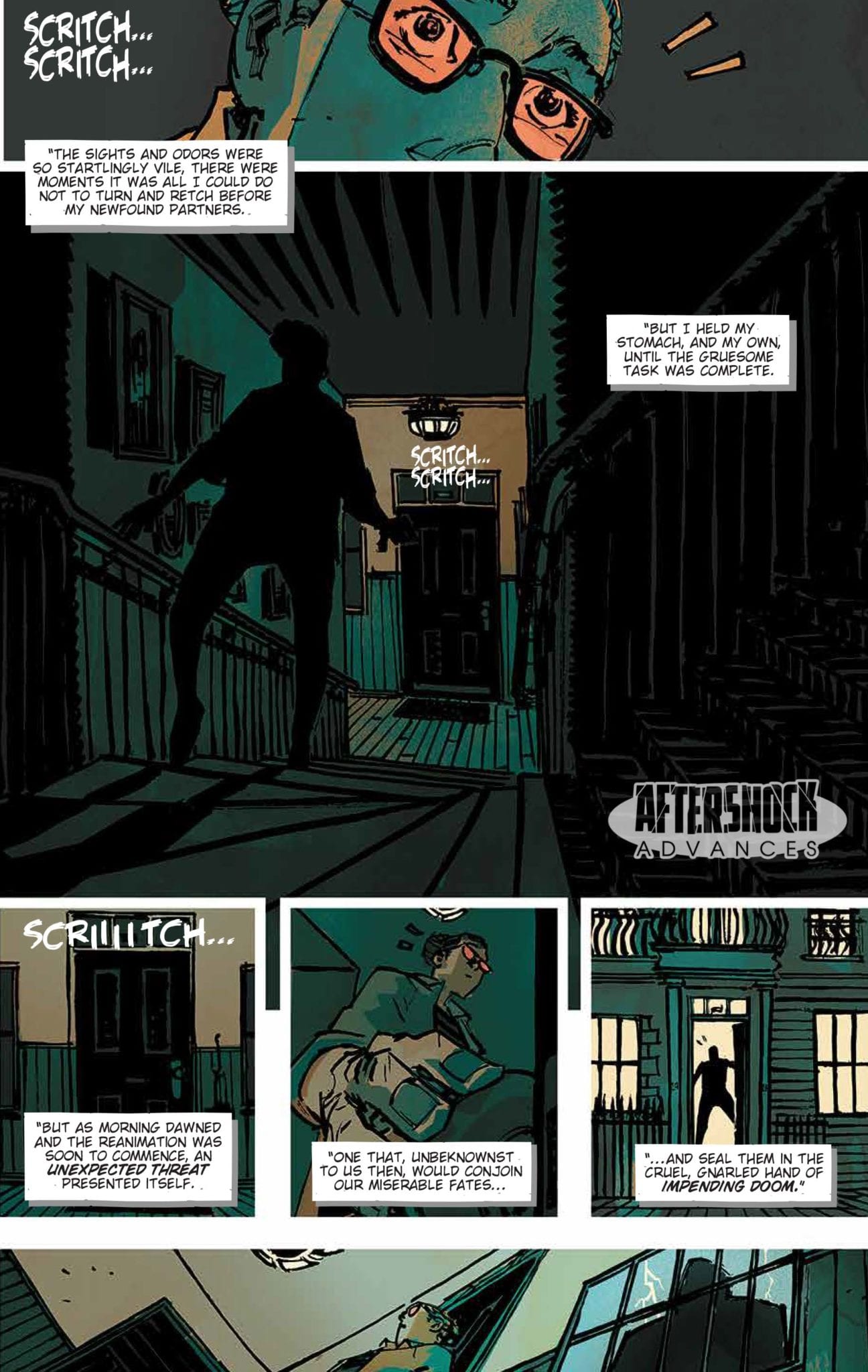 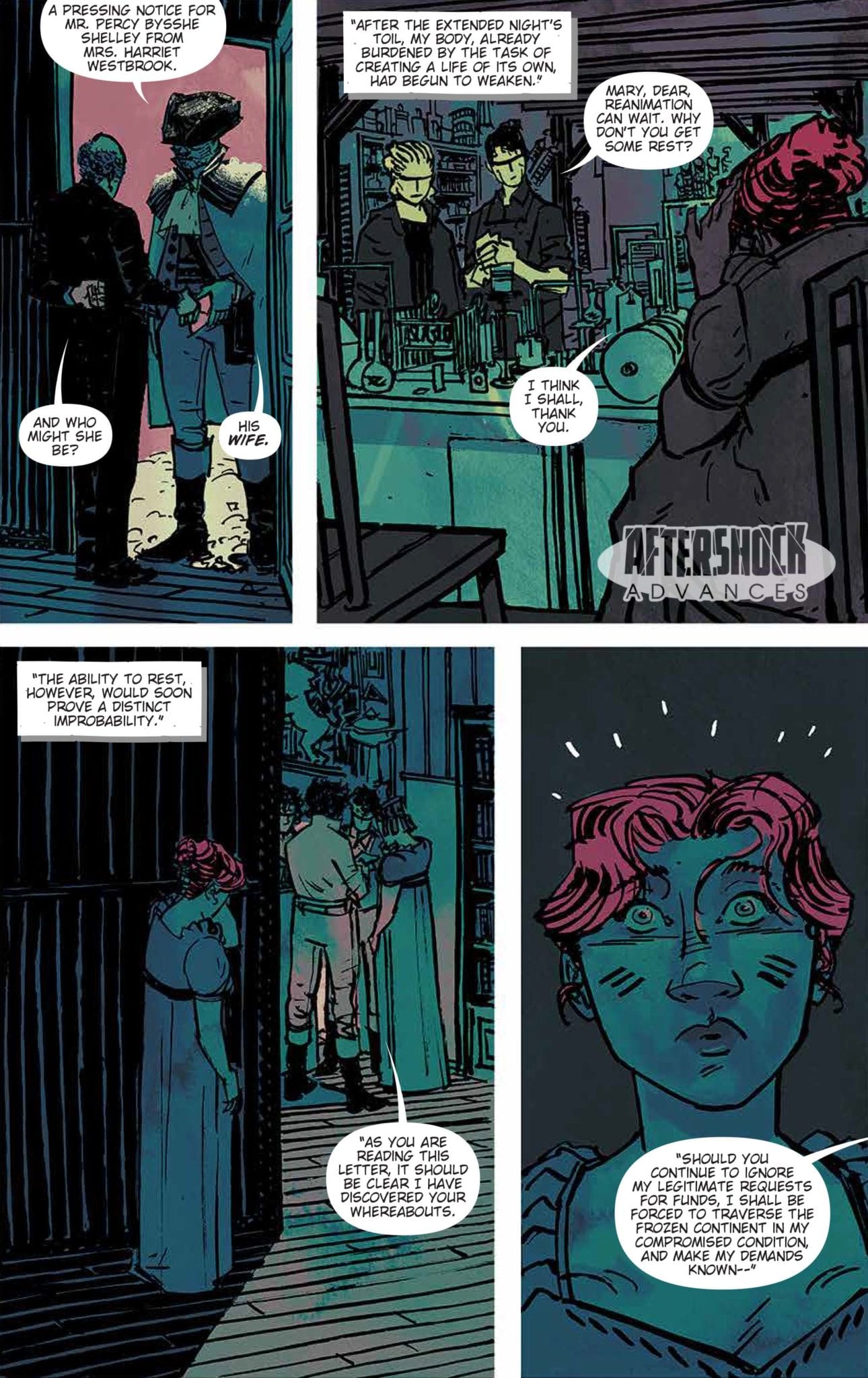 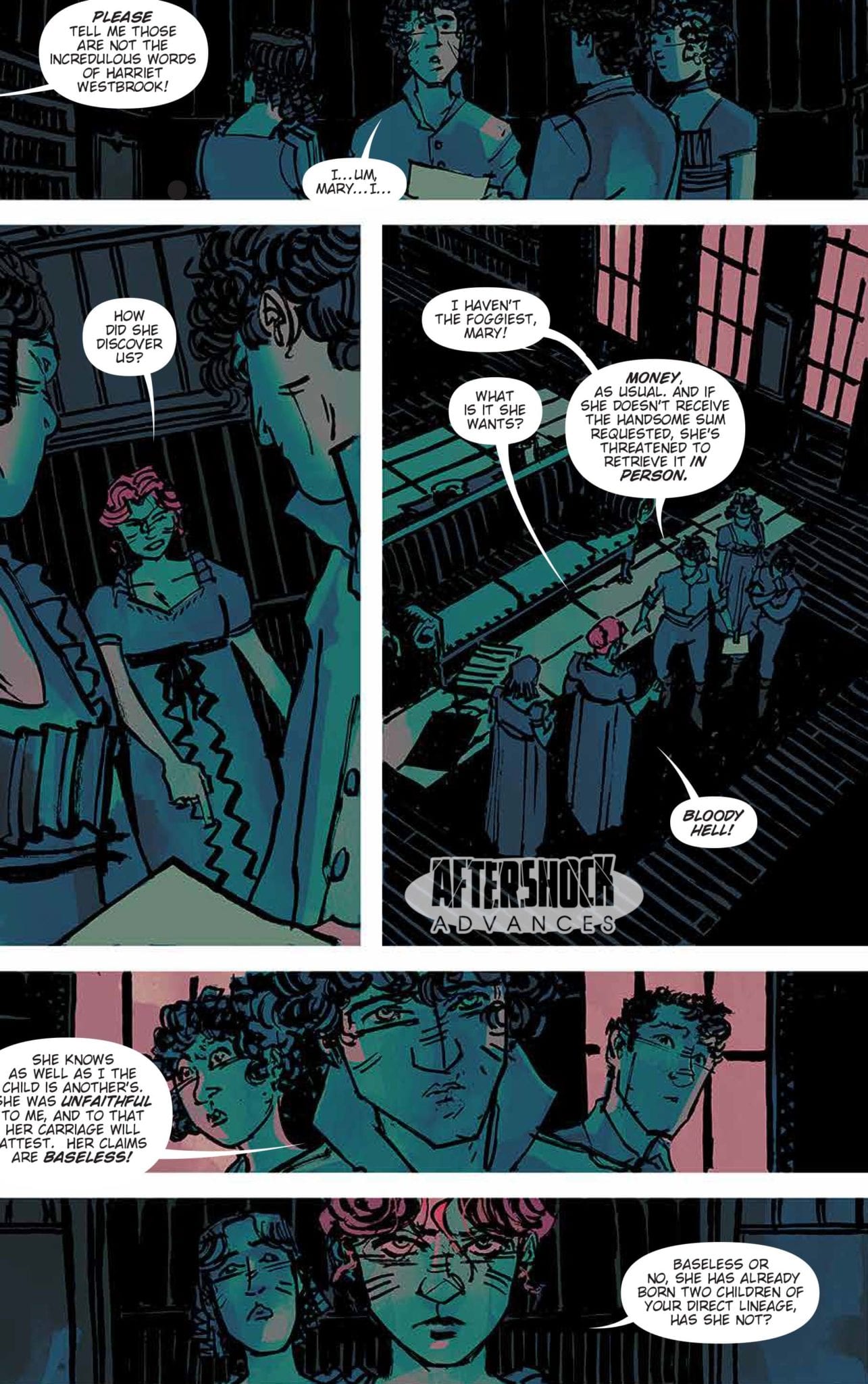 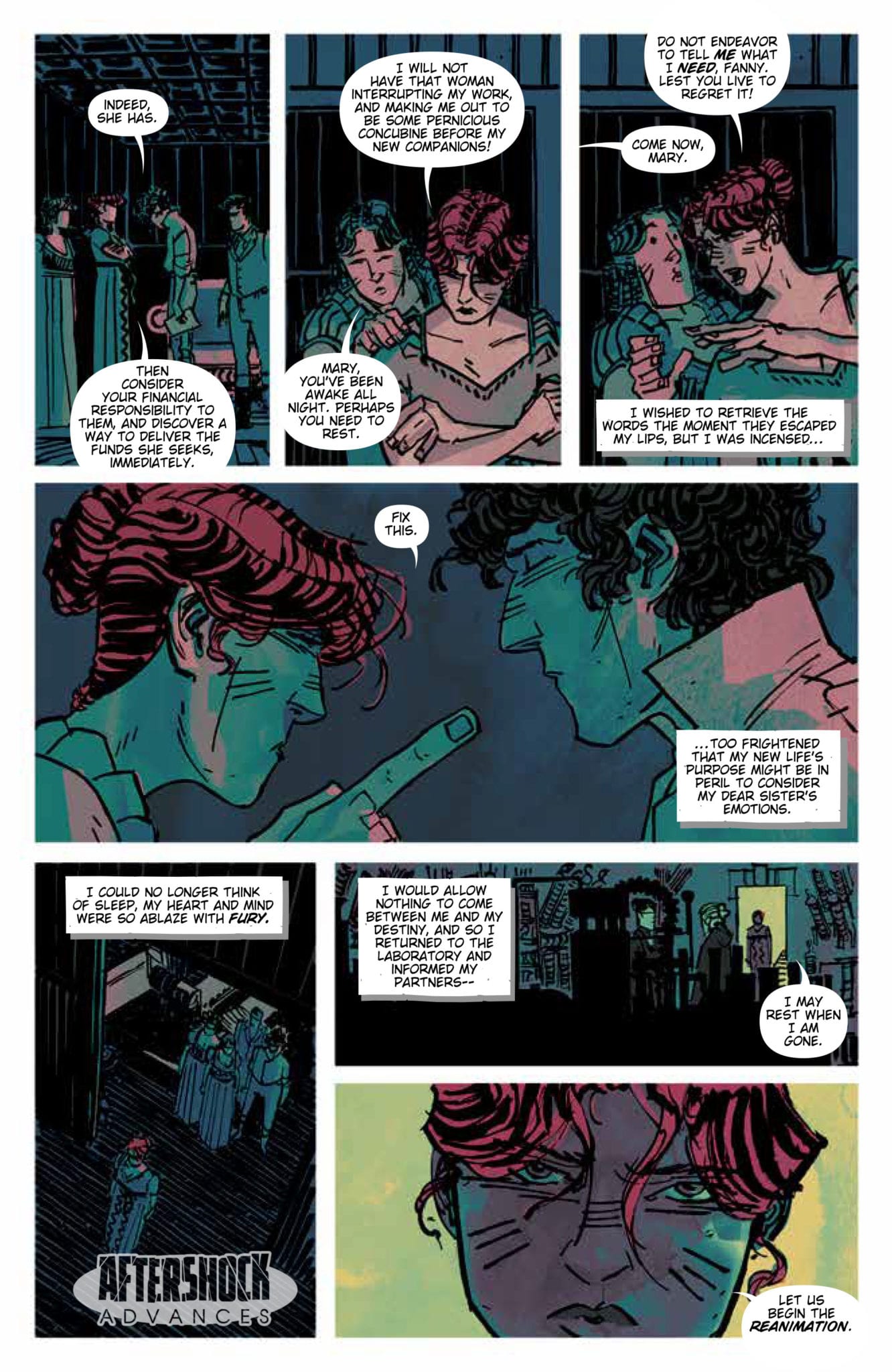 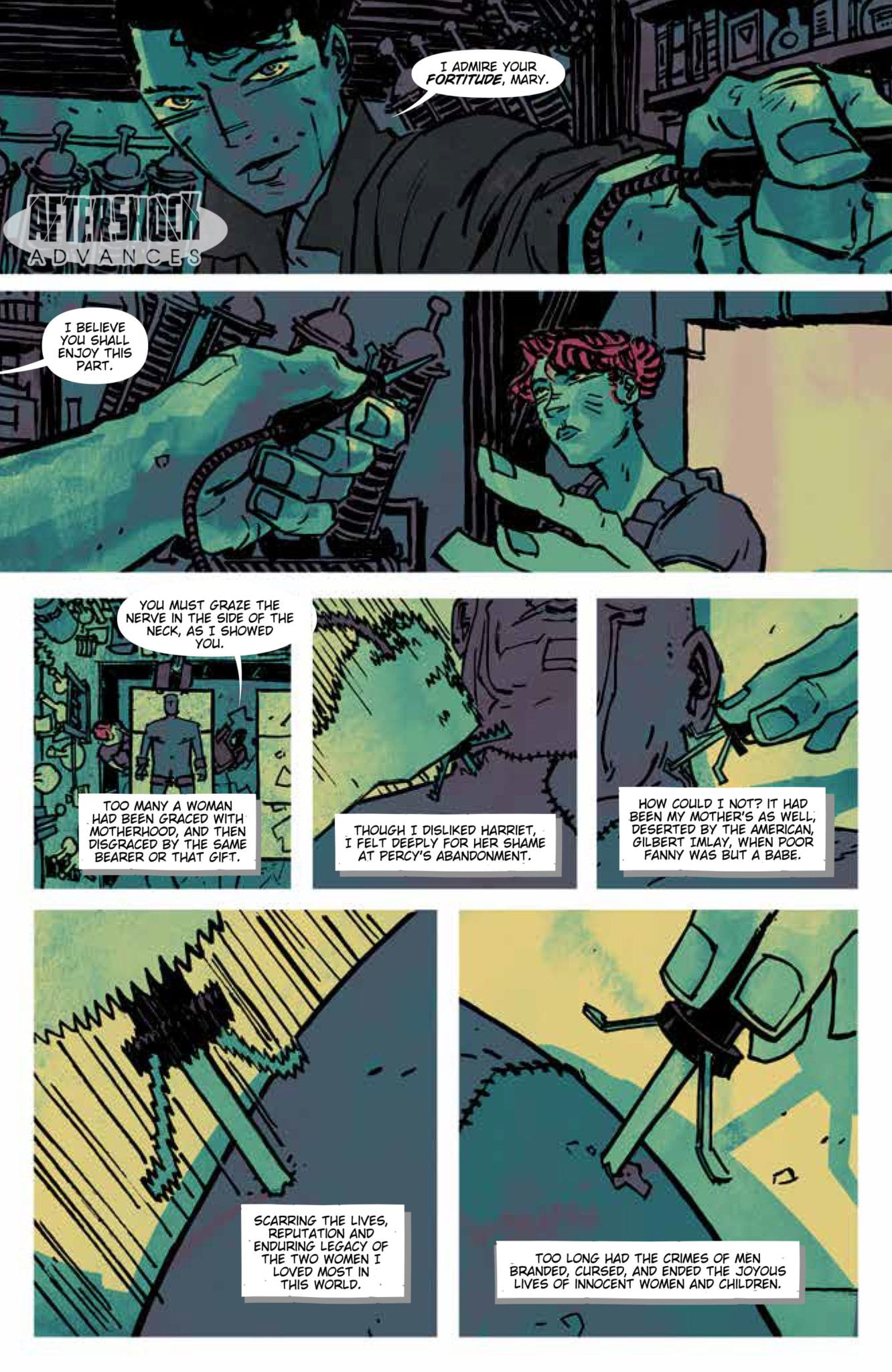 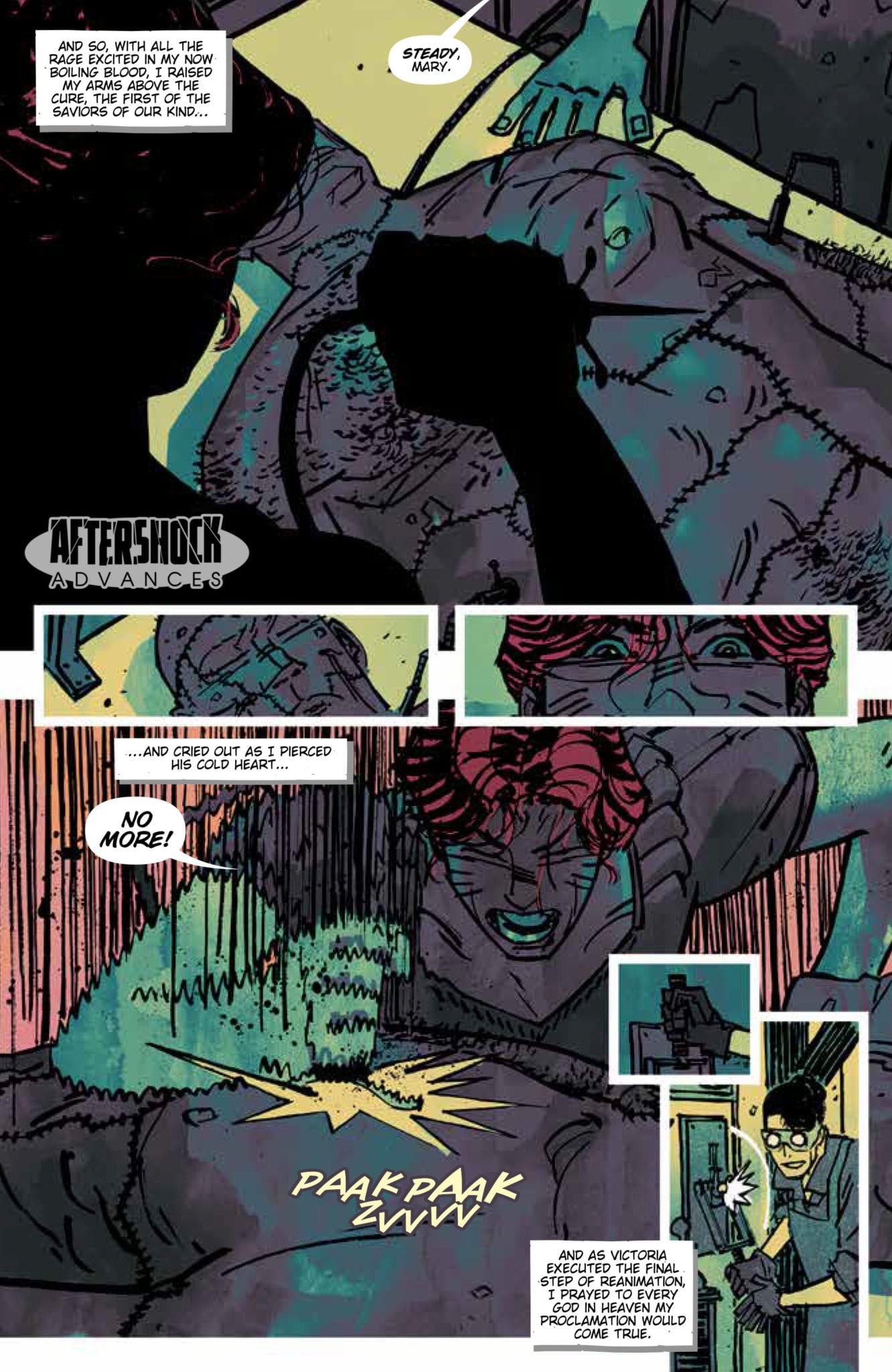 Are you reading Mary Shelley Monster Hunter #3? What do you think of the series so far?