AfterShock Exclusive Preview: KNIGHTS TEMPORAL #3 – Nothing Ever Is As It Seems

Knights Temporal #3 hits your local comic book store on September 25, but thanks to AfterShock Comics, Monkeys Fighting Robots has an exclusive four-page preview to share with you.

The series is by Cullen Bunn and Fran Galán, with letters by Dave Sharpe. It’s the story of a medieval knight who finds himself shattered across time and space after an encounter with an evil necromancer. The knight exists over and over again in different eras, and in each one he seeks to stop the villain’s evil plans.

About Knights Temporal #3:
Hunting a sorcerer is tricky business under the best of circumstances. But Auguste de Riviere has found his crusade — and his very existence — scattered across countless times and places. Now, his prey has unleashed the most unexpected of threats. Auguste is confronted by…Auguste?

Bought to life by AfterShock alum Cullen Bunn (UNHOLY GRAIL, DARK ARK, BROTHERS DRACUL, WITCH HAMMER) with art from Fran Galán (Tales from the Suicide Forest, Unleash), this is time travel at its most beguiling!

“KNIGHTS TEMPORAL is a perfect pull list addition for readers who are looking for something unlike anything else they’ve read. It’s a book with lots of action and humor and horror, but it will challenge the readers, too. And the characters will appeal to readers in a big way, I think.” – Series writer Cullen Bunn 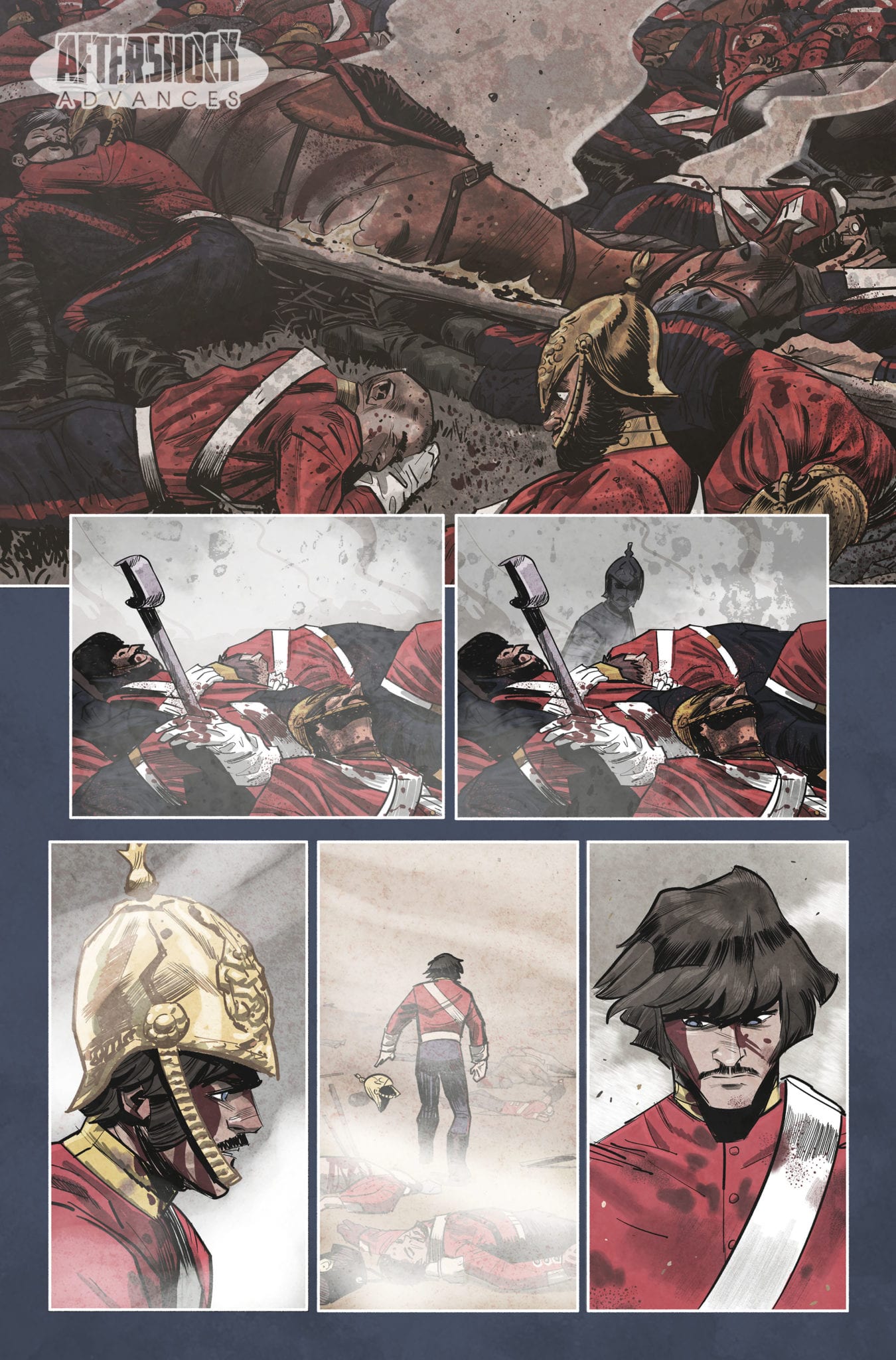 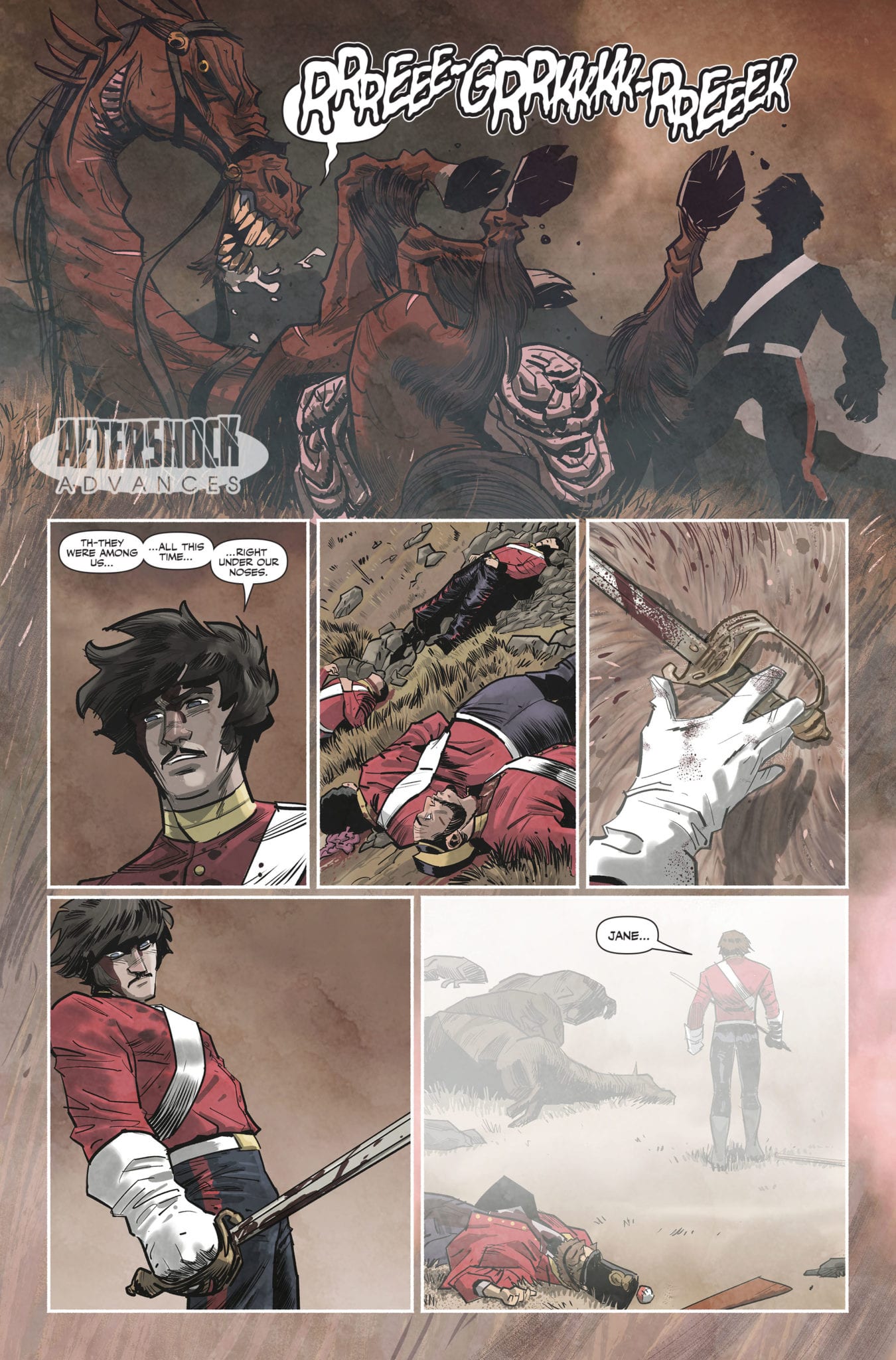 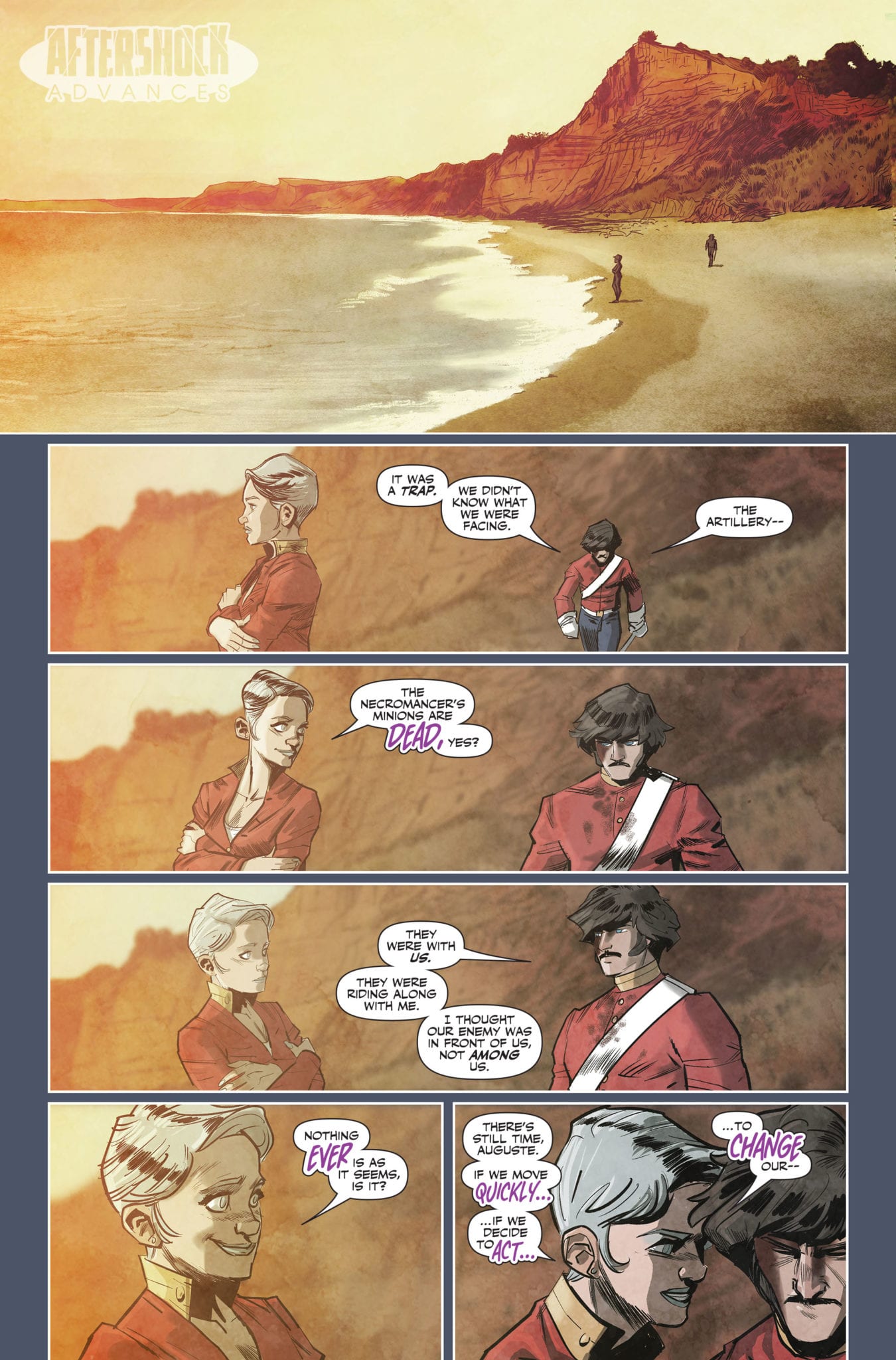 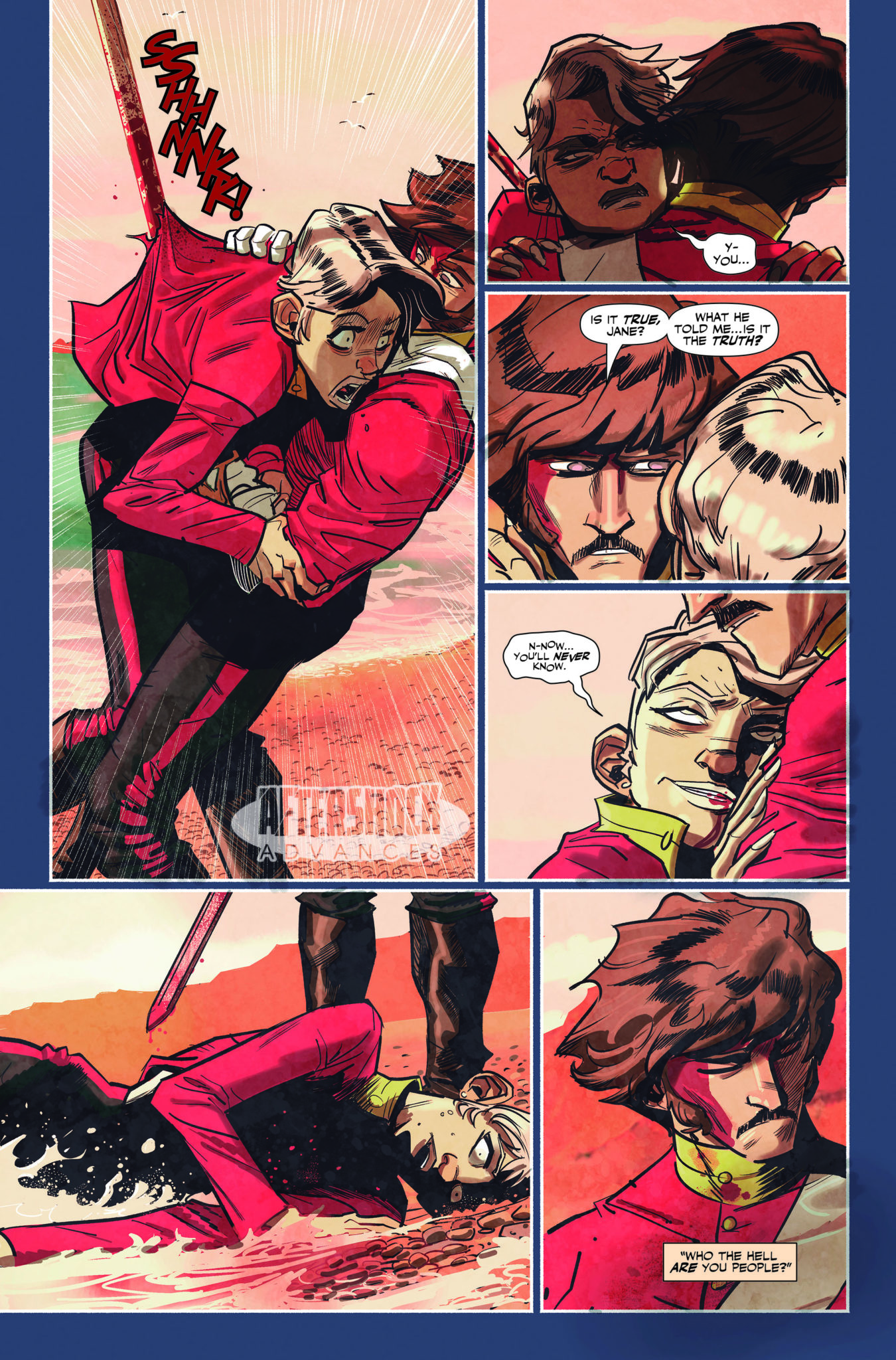 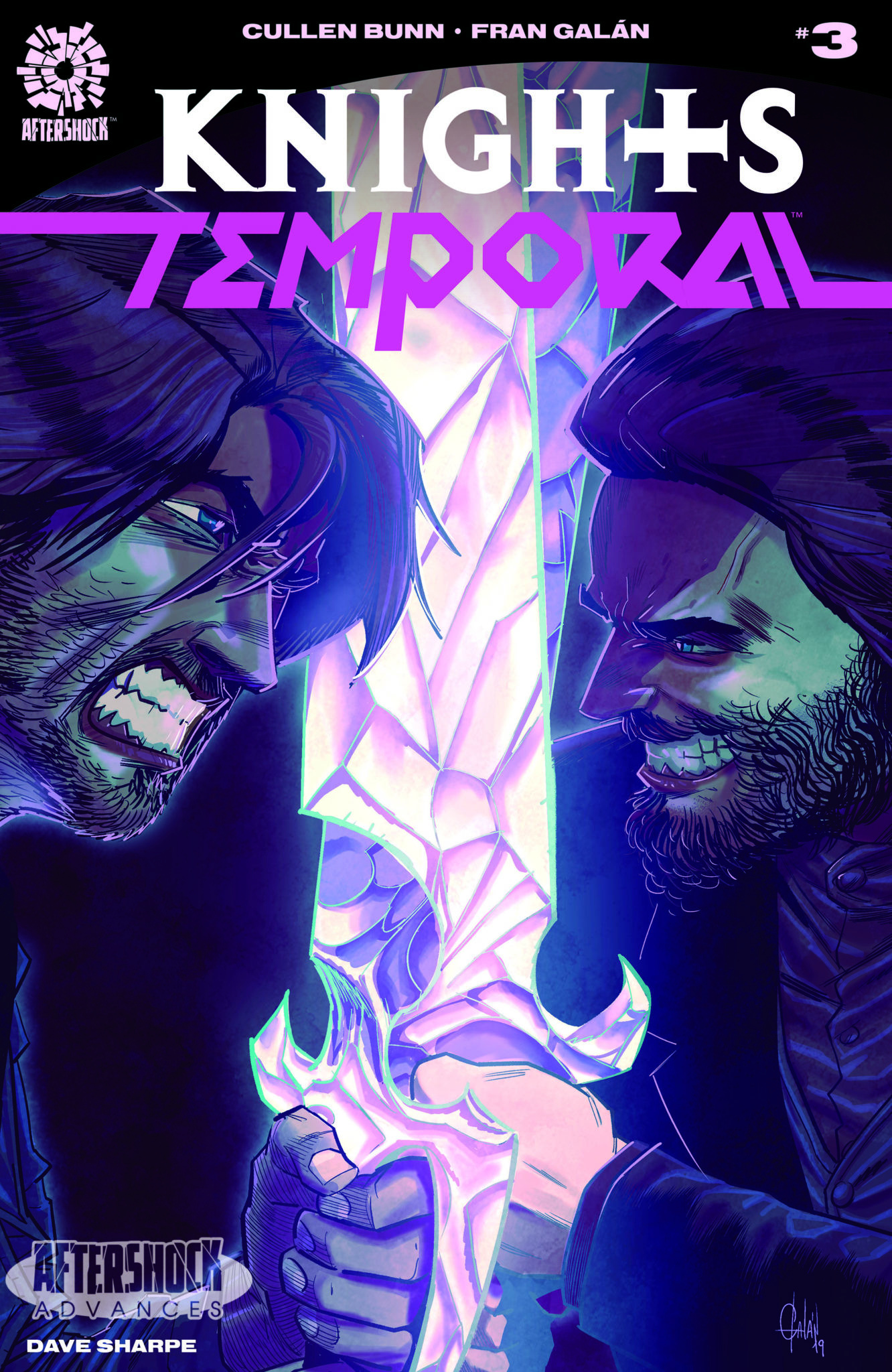 Are you reading KNIGHTS TEMPORAL? Sound off in the comments!