WHERE STARSHIPS GO TO DIE #2 hits your local comic book store July 13th, but thanks to AfterShock Comics, Monkeys Fighting Robots has an exclusive four-page preview for you.

About the issue:
In a near-future ravaged by climate change, an African astronaut leads a desperate deep sea salvage mission to recover the wreck of humanity’s first interstellar starship. What he finds instead is a graveyard of the wrecks of impossible space missions that never reached their goal….and the mysterious entity that stopped them.

The series is by writer Mark Sable and artist Alberto Locatelli, with colors by Juancho!, and letters by Rob Steen. The cover is by Jeremy Haun and Nick Filardi.

Check out the WHERE STARSHIPS GO TO DIE #2 preview below: 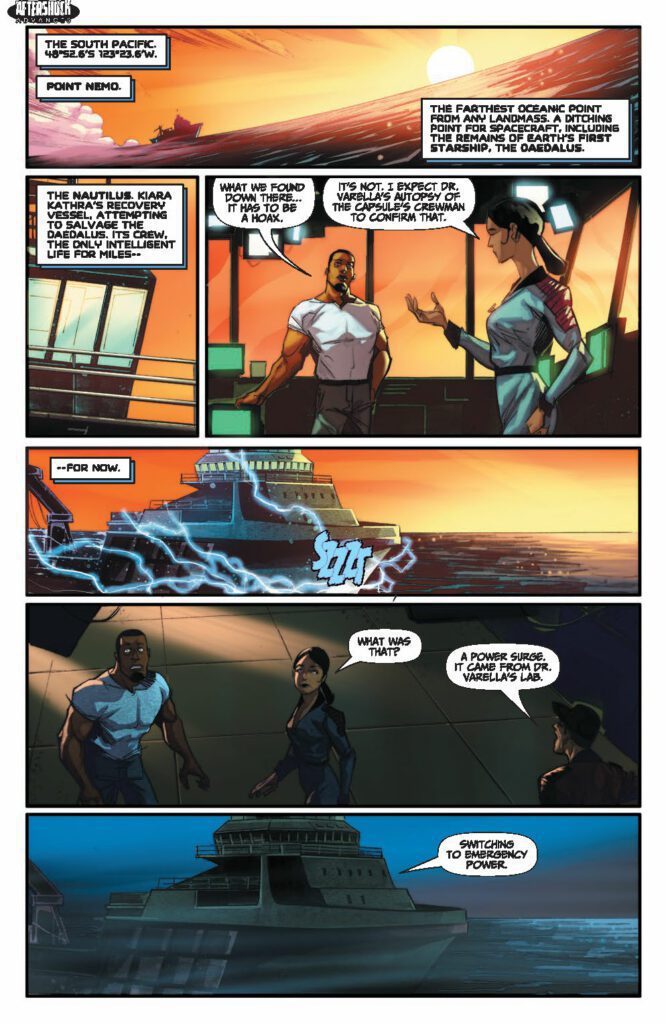 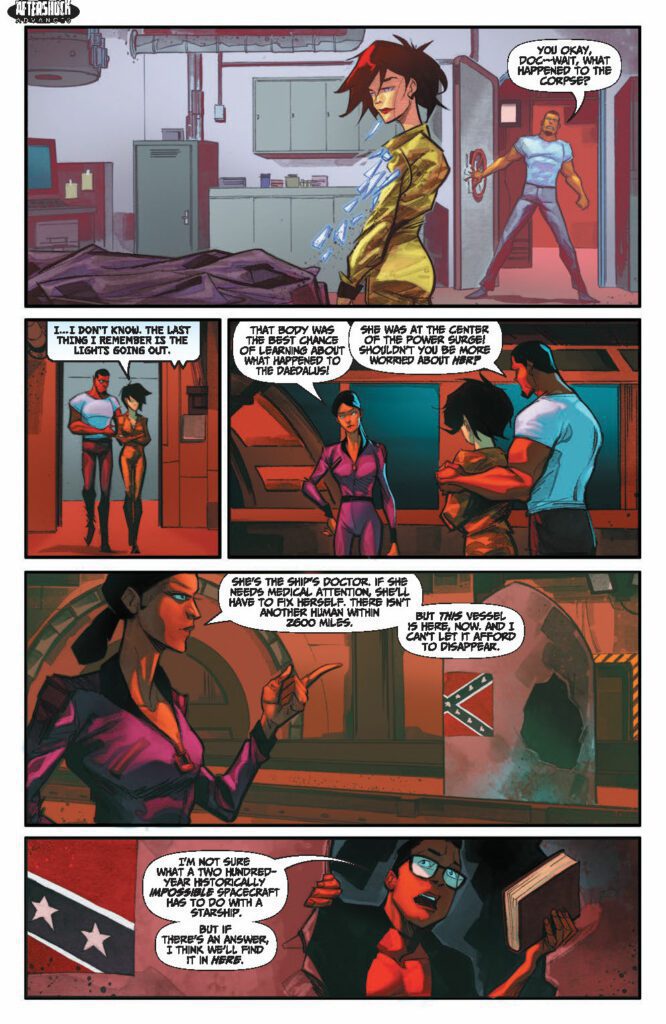 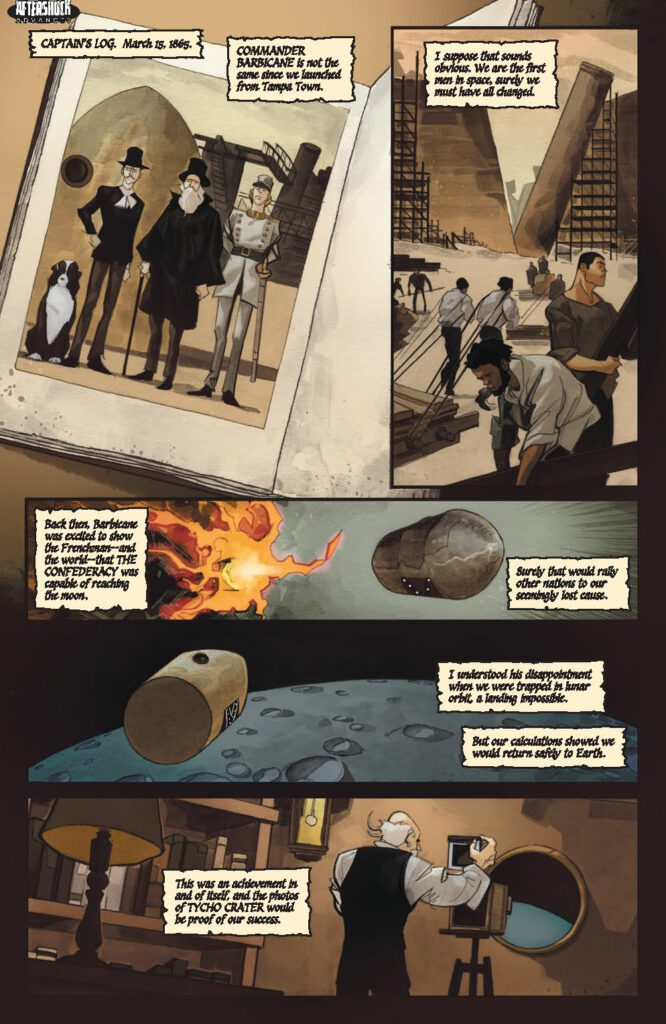 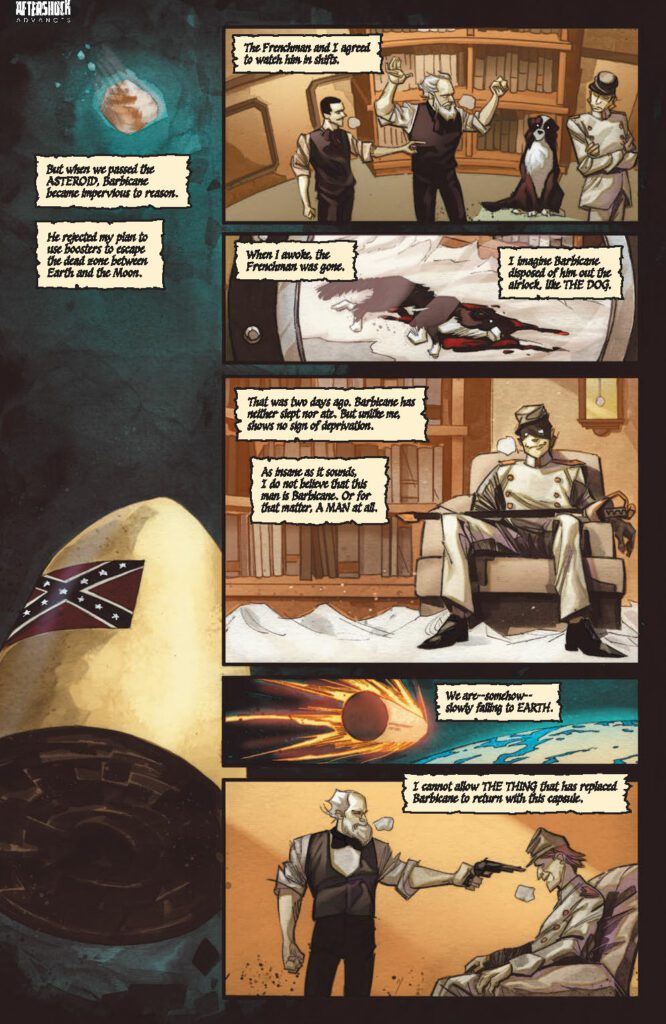 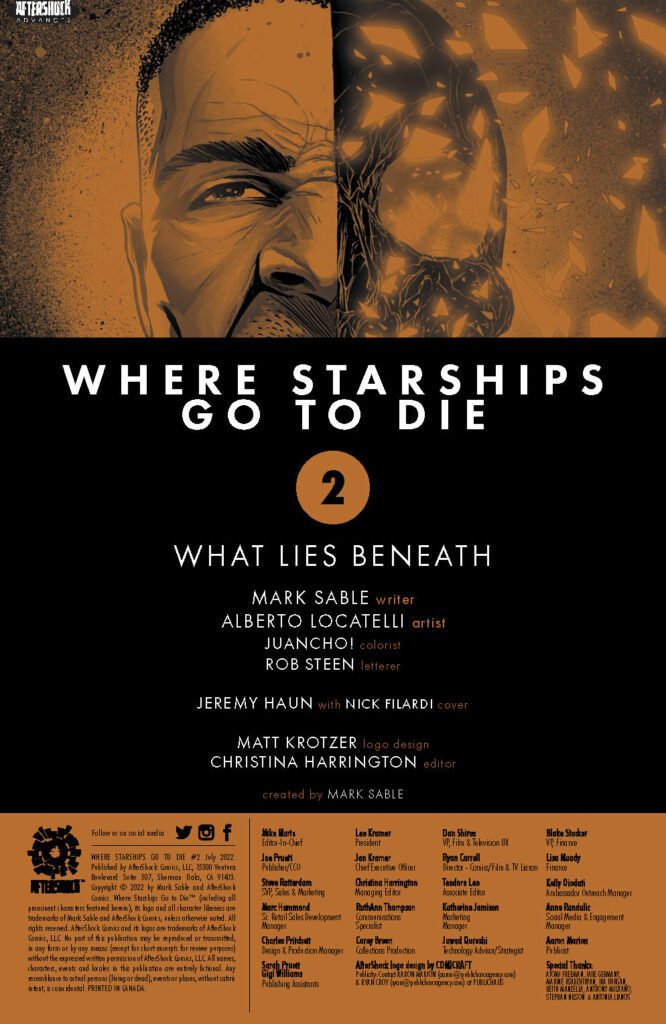 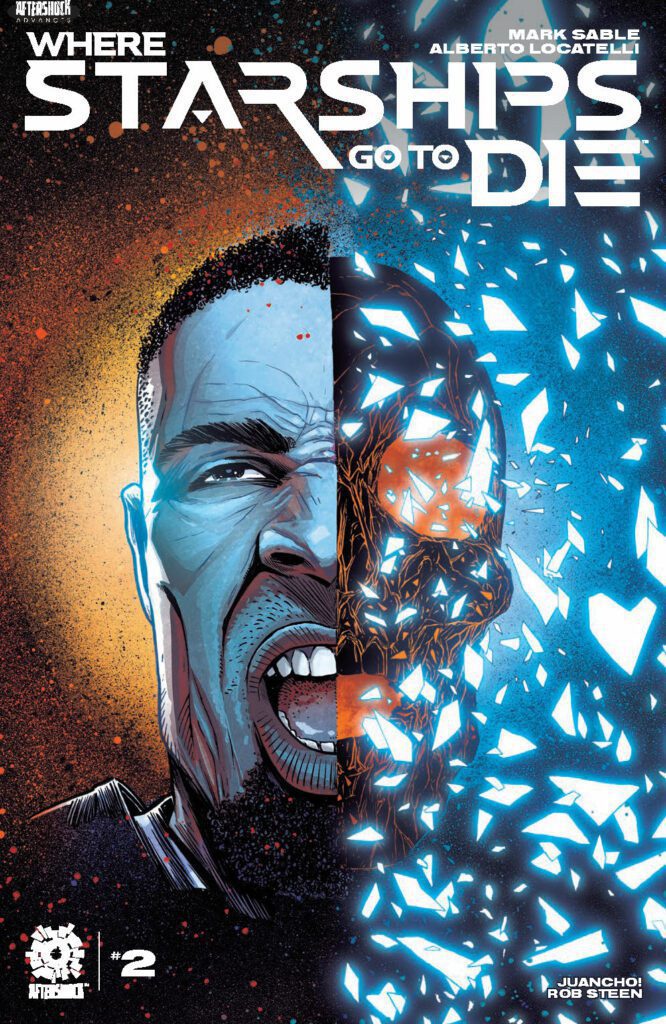 Did you pick up the first issue of WHERE STARSHIPS GO DO DIE? Sound off in the comments!