AfterShock Comics Exclusive Preview: WE LIVE: AGE OF THE PALLADIONS #2

WE LIVE: AGE OF THE PALLADIONS #2 hits your local comic book store April 20th, but thanks to AfterShock Comics, Monkeys Fighting Robots has an exclusive four-page preview for you.

About the issue:
Time has run out! The shield protecting Megalopolis 9 can fall at any moment. The future of the population is in the hands of the Palladions and the reconnection team, who come across an unexpected obstacle that can only be solved by spilling blood: the blood of an old friend.

Destiny puts Tala and Hototo in the way of a hurtful crossroad that asks them to break their promises. Sometimes hearts are forced to be silent.

Meanwhile, Nesbo and his nomad caravan face the hostility of the New Nature. Hope might be all that they have on their side and the only thing capable of guiding them to a safe port.

Decisions and paths can’t be walked back, and storms can’t be stopped.

Even when knowing that everything might be lost, forward is the only way to go.

The series is by brothers Inaki & Roy Miranda, with colors by Eva De La Cruz, and letters by Dave Sharpe. The cover is by Inaki Miranda.

Check out the WE LIVE: AGE OF THE PALLADIONS #2 preview below: 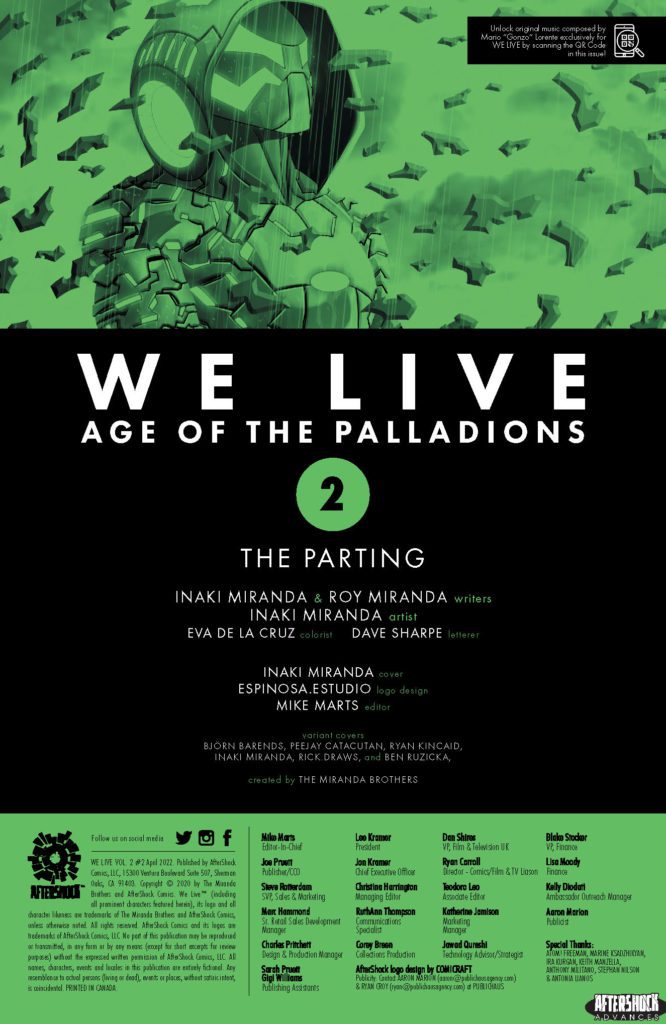 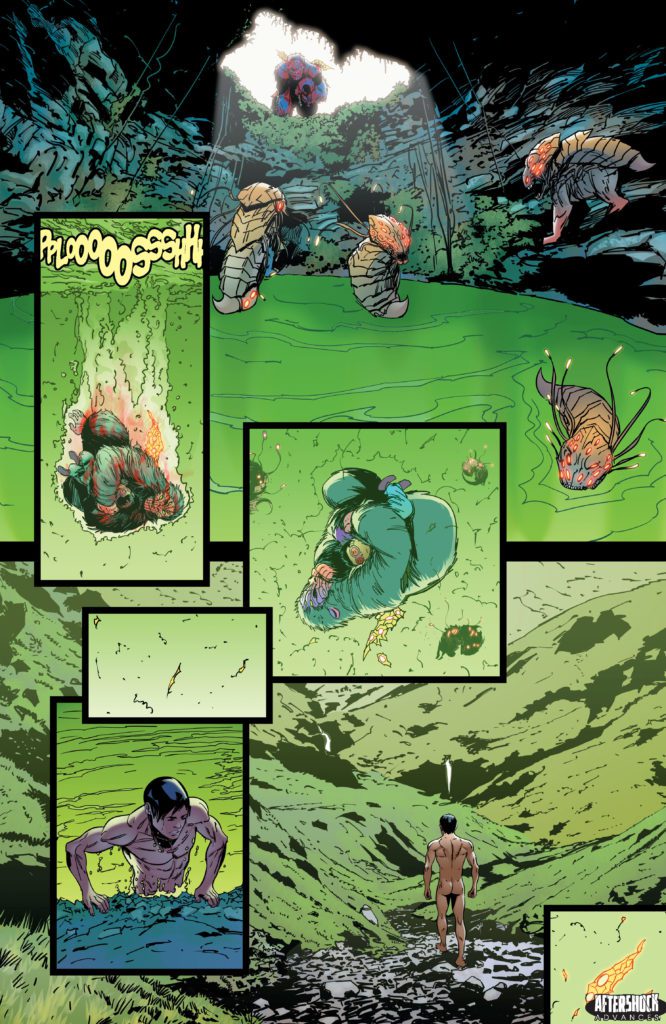 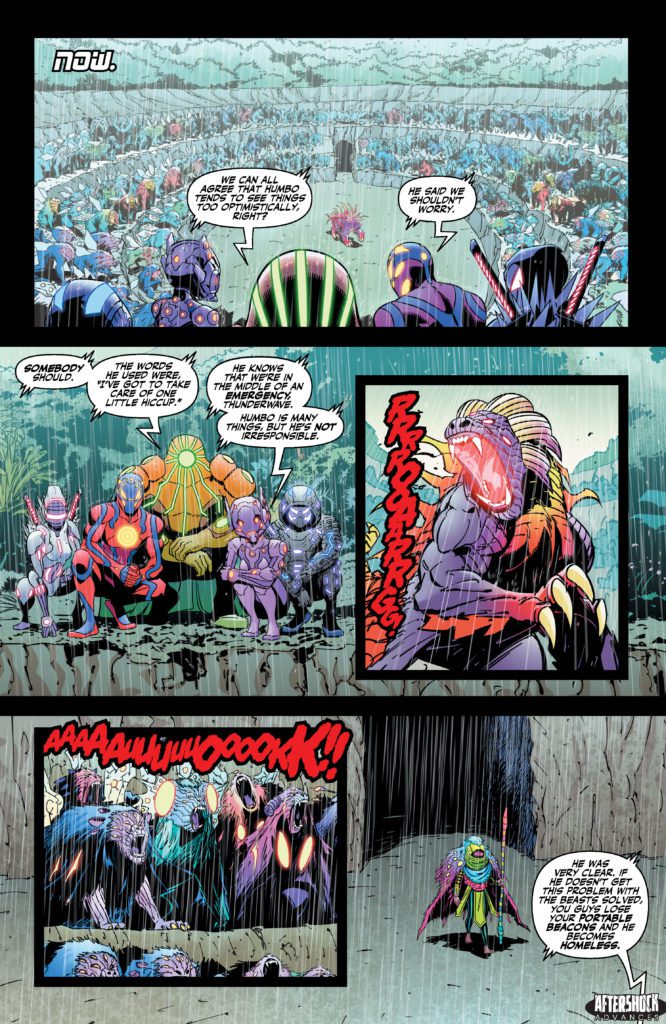 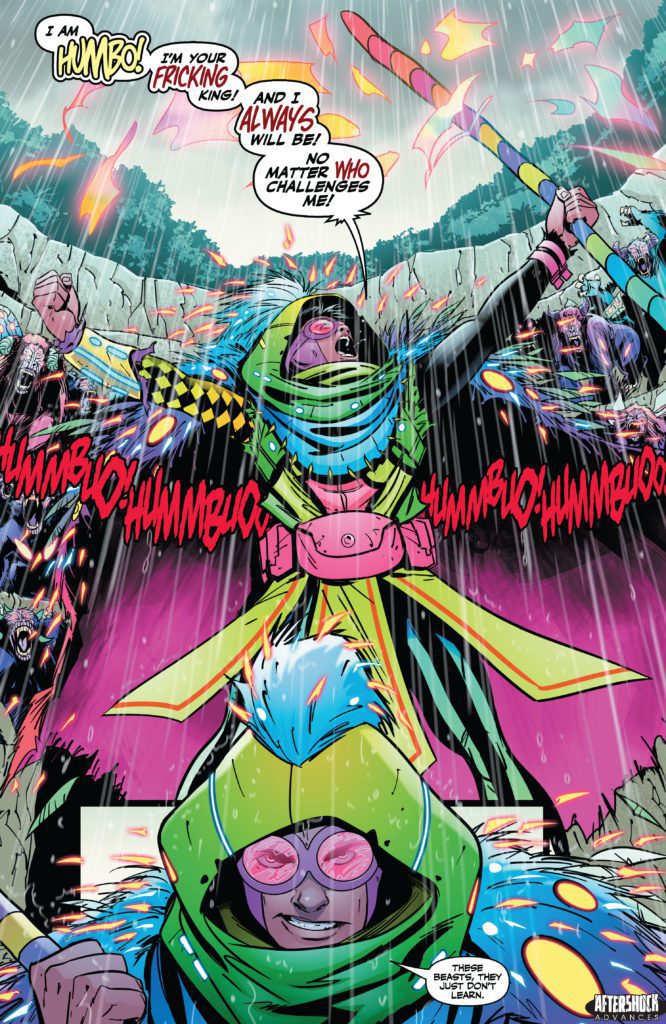 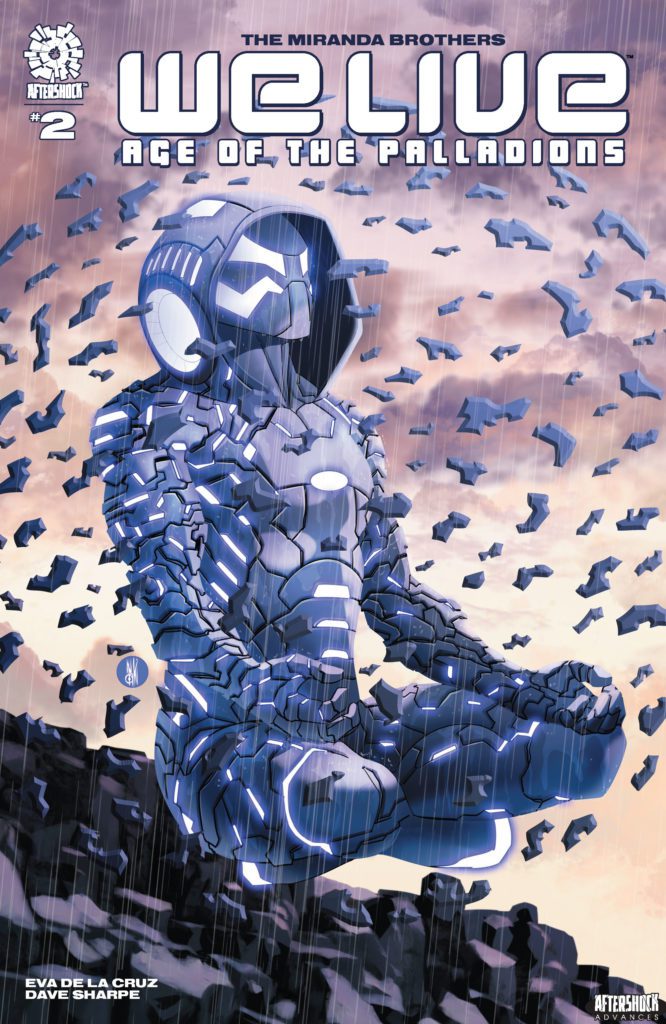 Have you been reading WE LIVE? Sound off in the comments!