UNDONE BY BLOOD (OR THE SHADOW OF A WANTED MAN) #1 hits your local comic book store February 12th, but thanks to AfterShock Comics, Monkeys Fighting Robots has an exclusive four-page preview for you.

About the issue:
In the early 1970s, Ethel Grady Lane returns to her hometown of Sweetheart, Arizona with one thing on her mind: killing the man who murdered her family. But first, she’ll have to find him.

As Ethel navigates the eccentric town and its inhabitants, she learns that the quaint veneer hides a brewing darkness. She has no choice but to descend into a ring of depravity and violence, with her only ally an Old West novel that follows famed gunslinger Solomon Eaton. As both stories unfold simultaneously, a love of fiction informs choices in reality, for better or worse.

From the minds of Lonnie Nadler and Zac Thompson (The Dregs, X-Men, HER INFERNAL DESCENT) and artist Sami Kivela (Abbot, Tommy Gun Wizards) comes a neo-western that depicts the hard truth of seeking vengeance in the real world.

UNDONE BY BLOOD #1 is by writers Lonnie Nadler and Zac Thompson and artist Sami Kivela, with colors by Jason Wordie, and letters by Hassan Otsmane-Elhaou. The cover is by Kivela and Wordie, with the incentive variant by Andrew Robinson.

Between their indie work and their work on Marvel’s X-Men books, Thompson and Nadler are setting themselves up to be one of the premiere writing duos of the forthcoming decade. Kivela, meanwhile, has a gritty yet modern style that looks perfect for the neo-western world of UNDONE BY BLOOD, and Wordie’s beautiful colors in the preview below are comparable to the work Jacob Phillips is currently doing on Criminal. Otsmane-Elhaou is no stranger to western work himself, having excellently lettered the most recent Lone Ranger comic for Dynamite.

All in all, with a team like this, you’re going to want to add UNDONE BY BLOOD #1 to your pull list. Plus it has a subtitle! Who doesn’t love a comic with a subtitle?

Check out the UNDONE BY BLOOD #1 preview below: 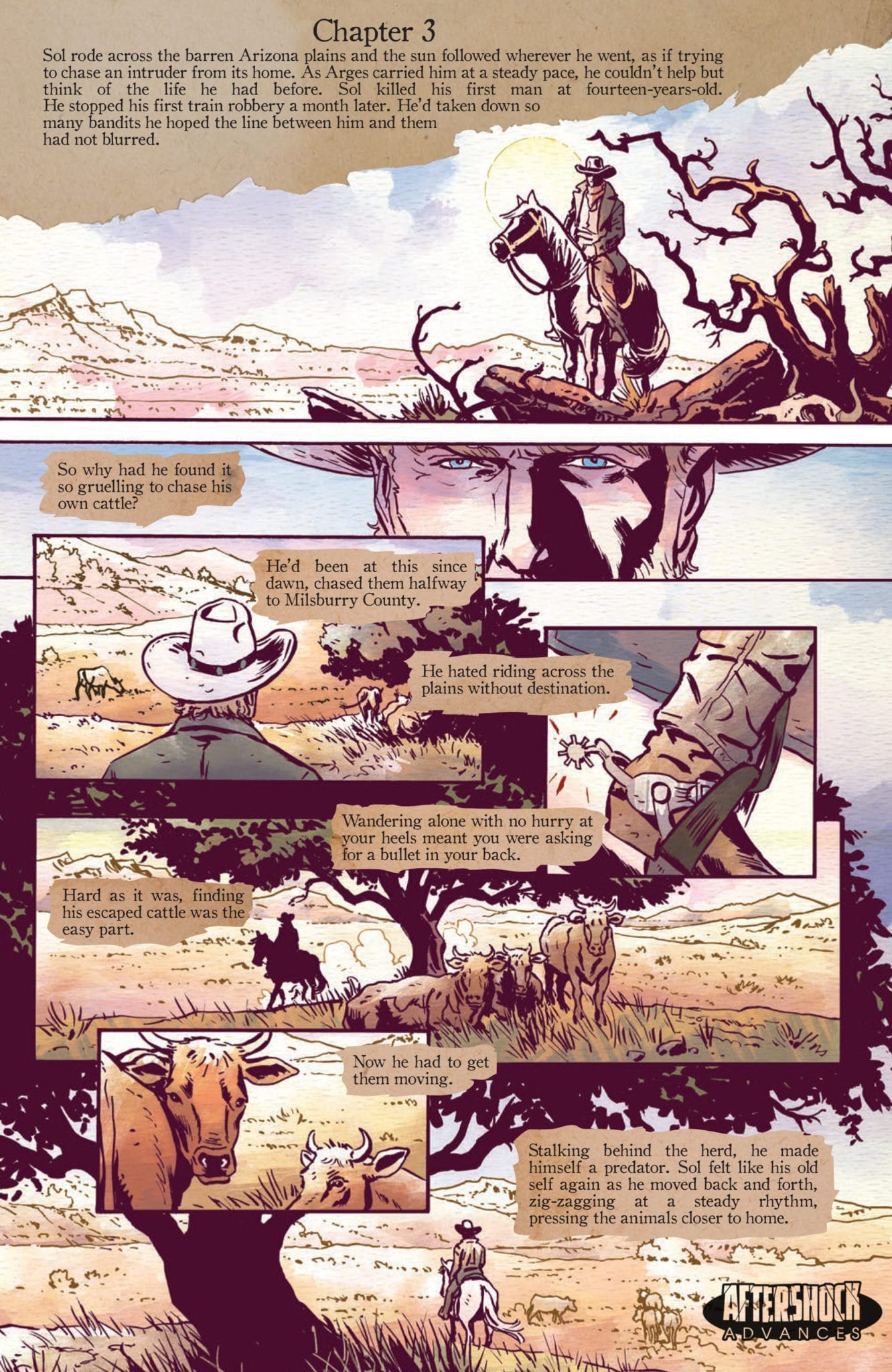 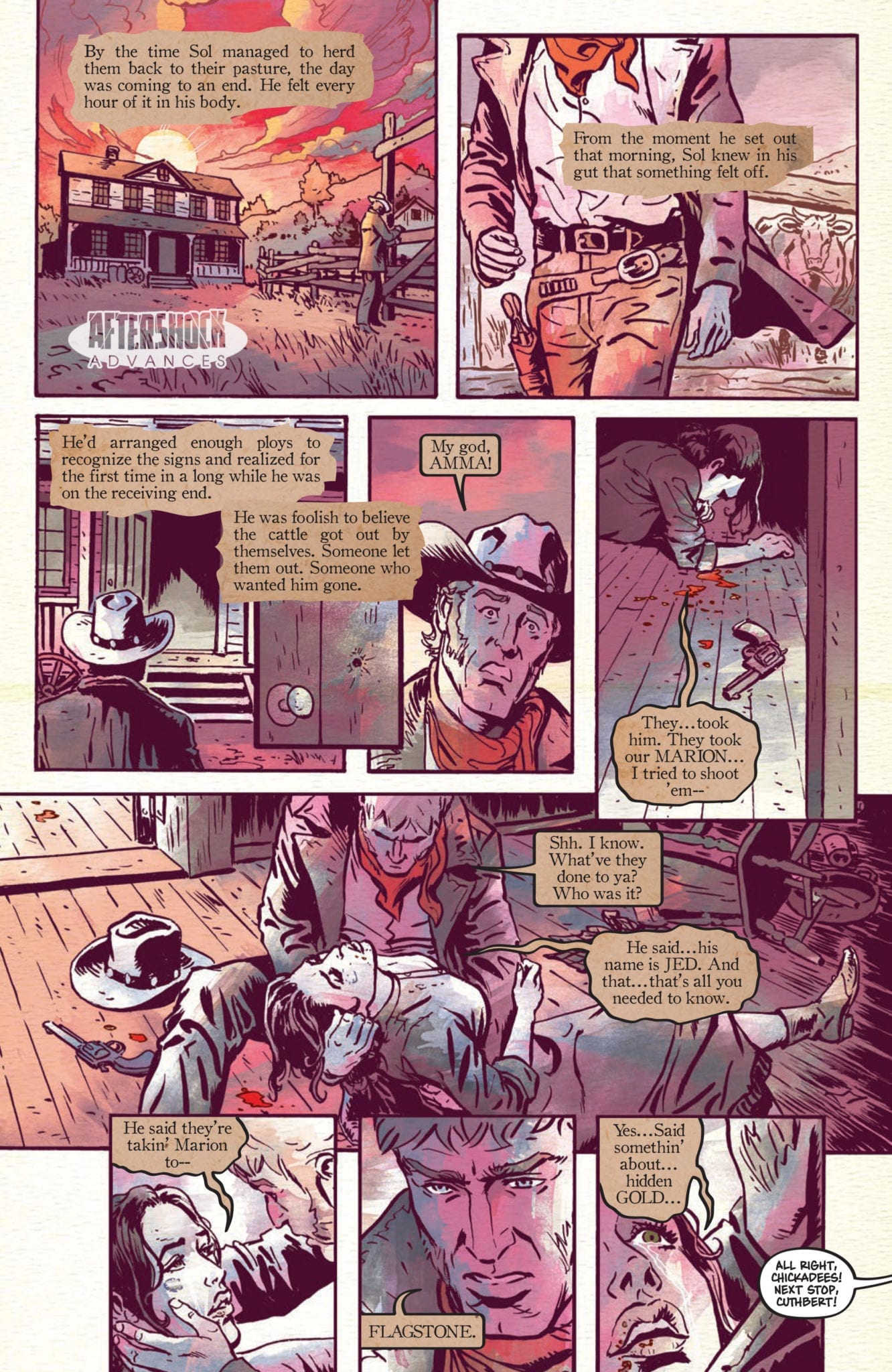 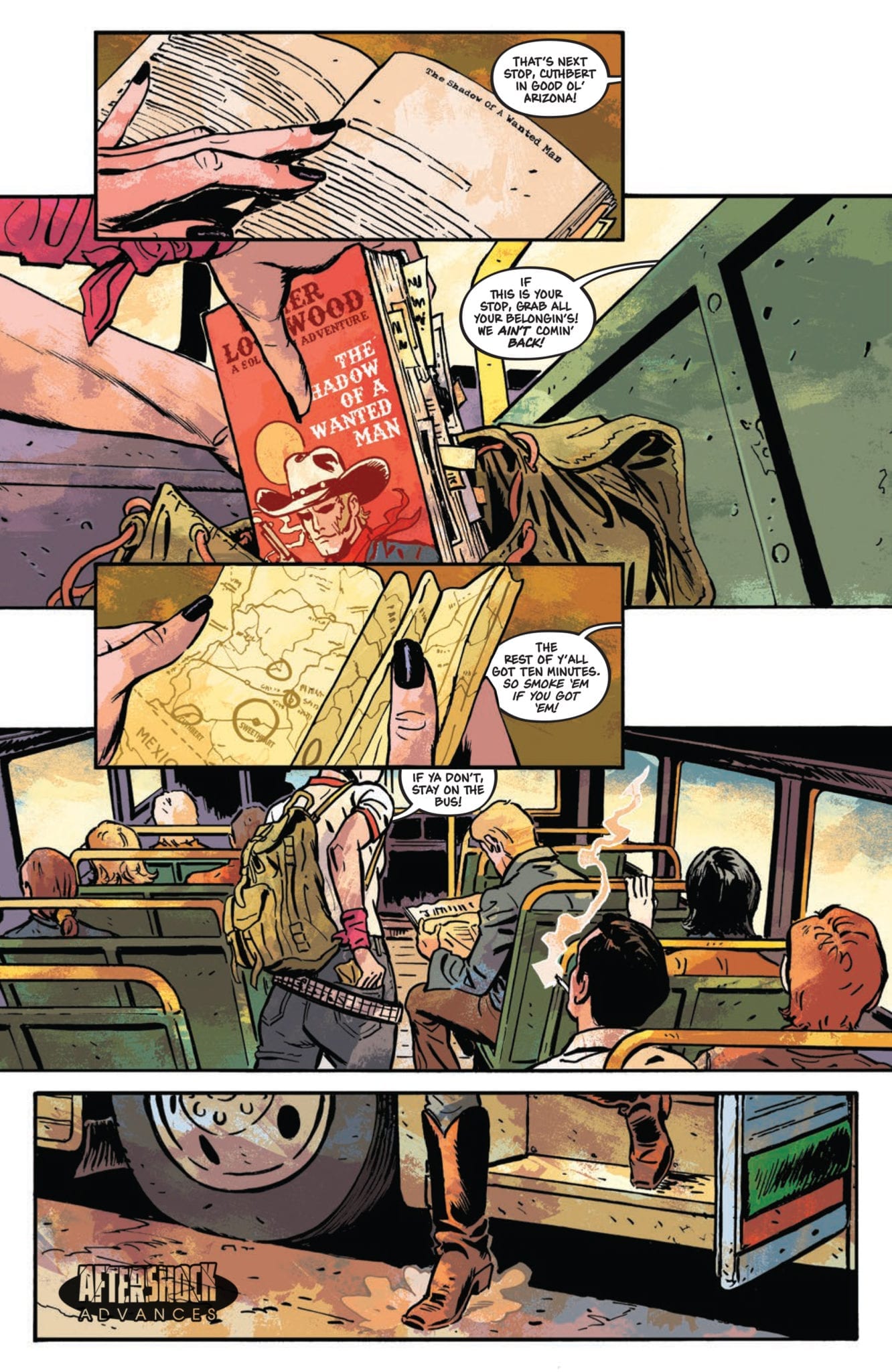 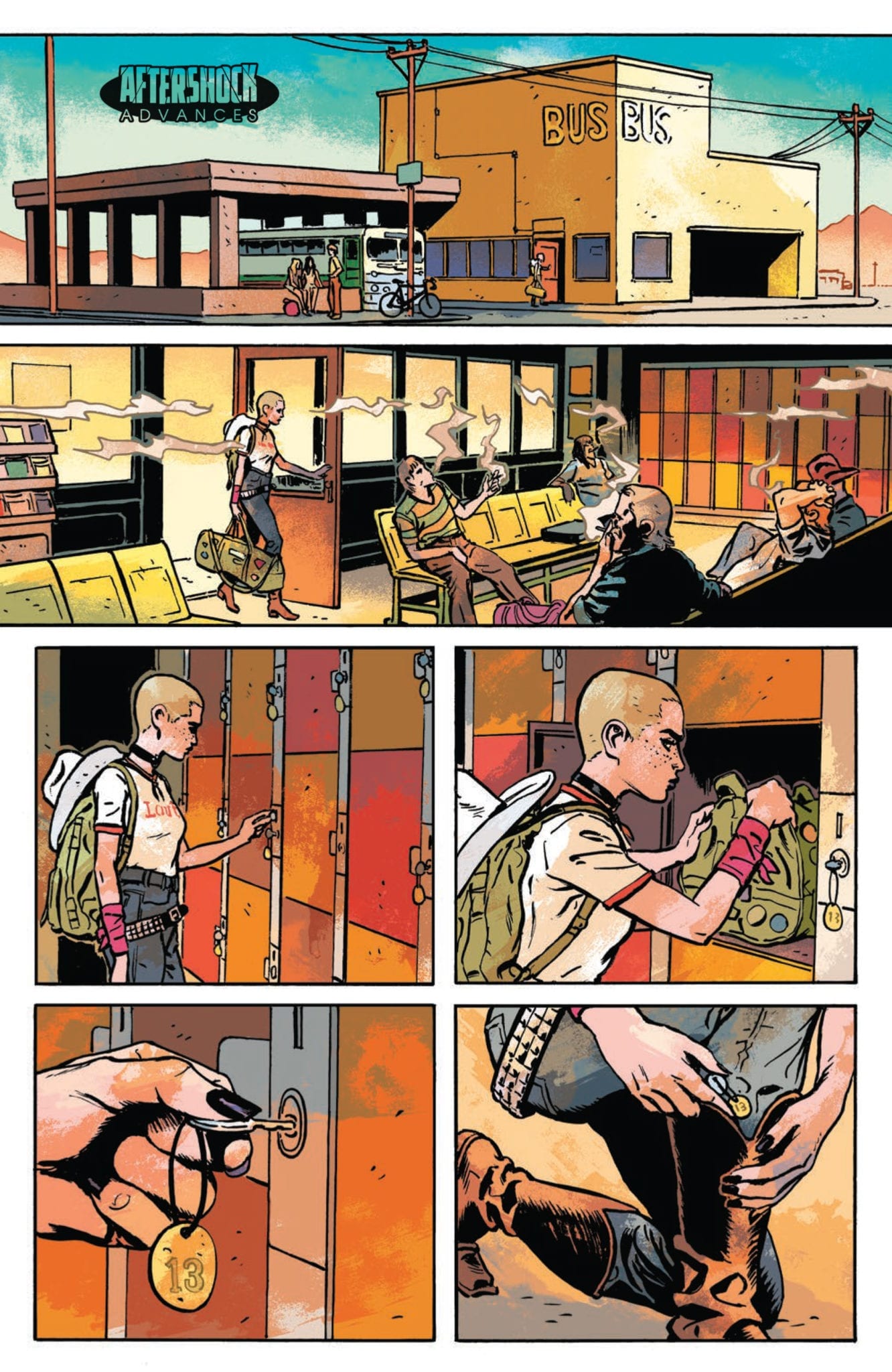 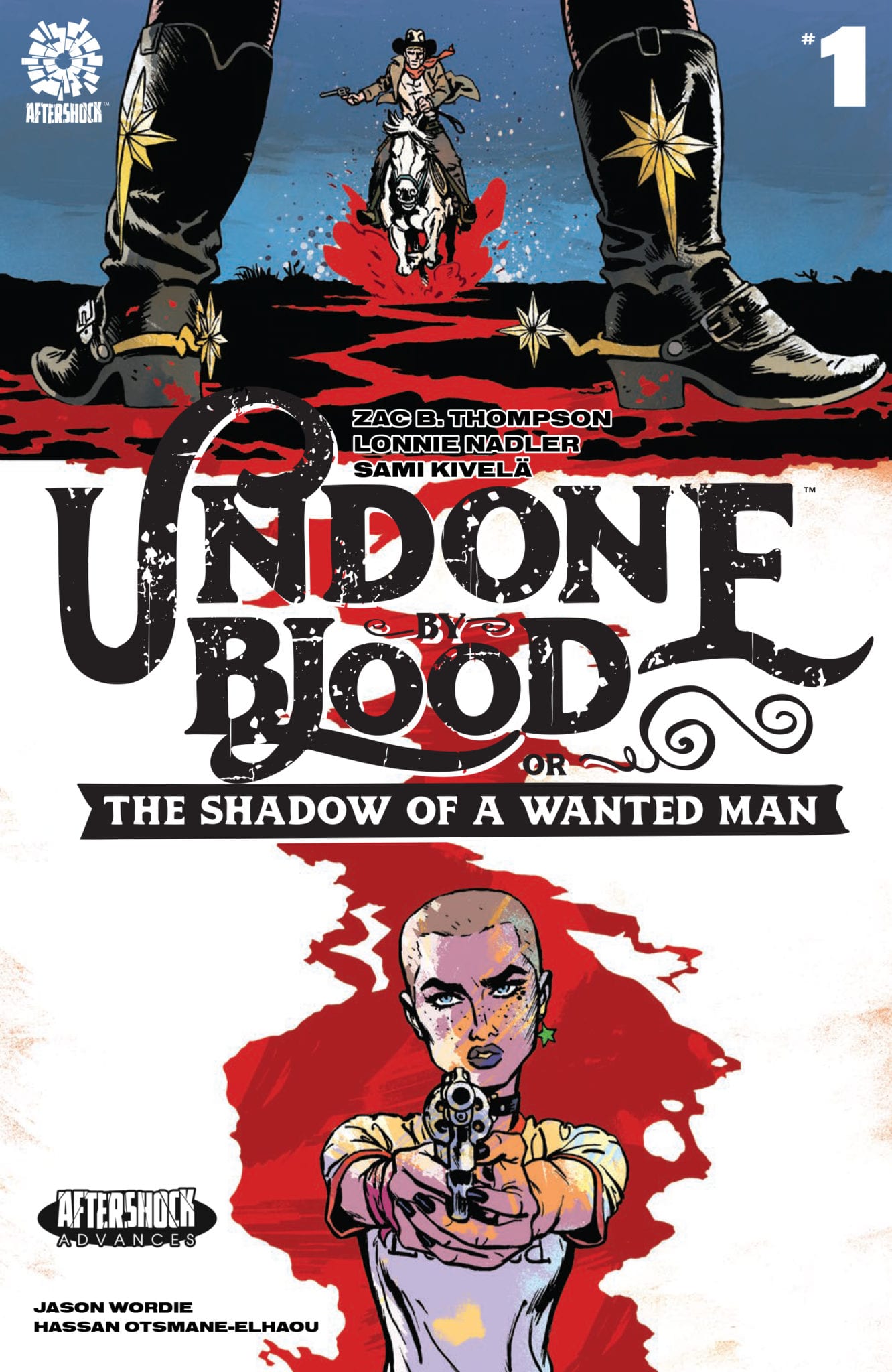 What’s your favorite book written by Thompson and Nadler? Sound off in the comments!