SHADOW DOCTOR #1 hits your local comic book store February 17th, but thanks to AfterShock Comics, Monkeys Fighting Robots has an exclusive four-page preview for you.

About the issue:
Years in the making, this is the true story of writer Peter Calloway’s grandfather, Nathaniel Calloway, a Black man who graduated from medical school in the early 1930’s. Unable to get work at any Chicago hospitals because he was Black, and unable to secure a loan from a bank to start his own practice because he was Black, he turned to another source of money in Prohibition-era Chicago: the Mafia, run by none other than Al Capone.

SHADOW DOCTOR #1 is by writer Peter Calloway and artist Georges Jeanty, with colors by Juancho! and letters by Charles Pritchett. The main cover is by Mark Chiarello.

As Calloway himself says:

“On the one hand, his story represents the promise of America. On the other hand, it shows the worst of it.”

Check out the SHADOW DOCTOR #1 preview below: 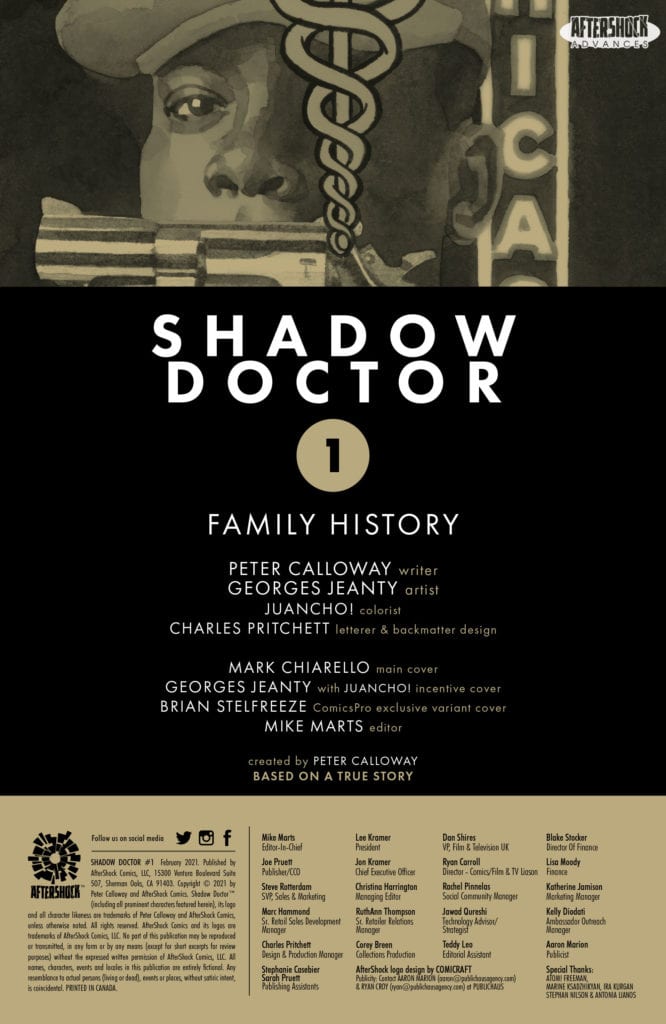 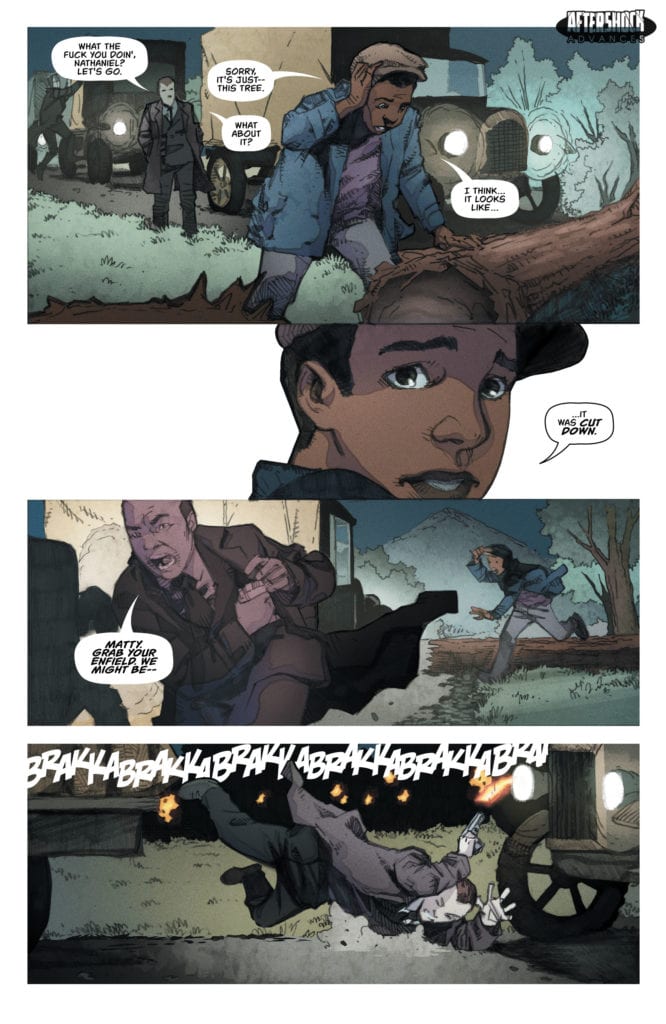 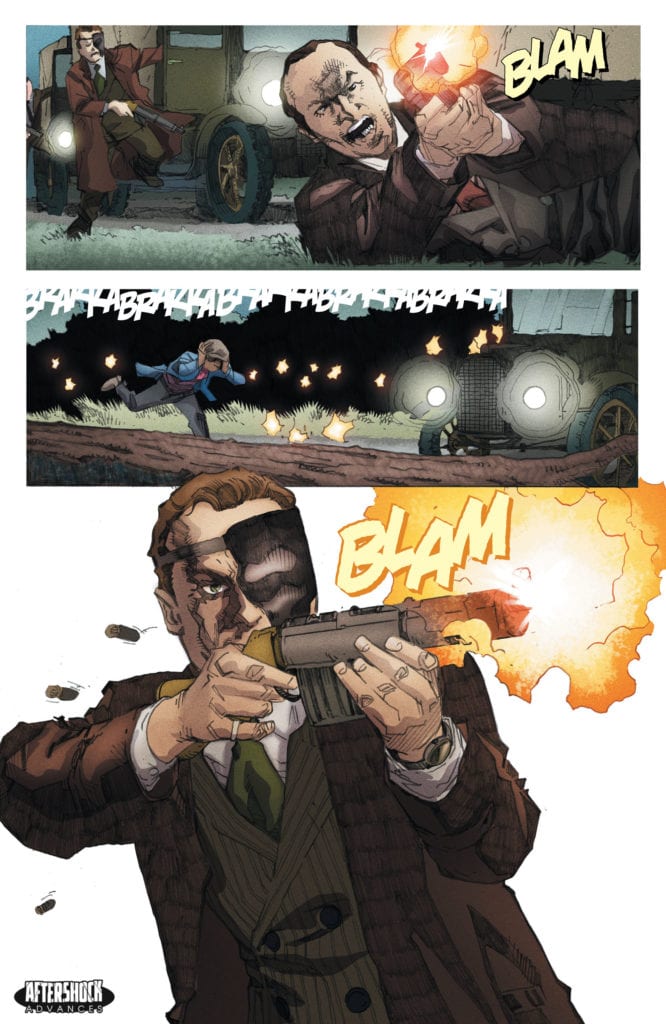 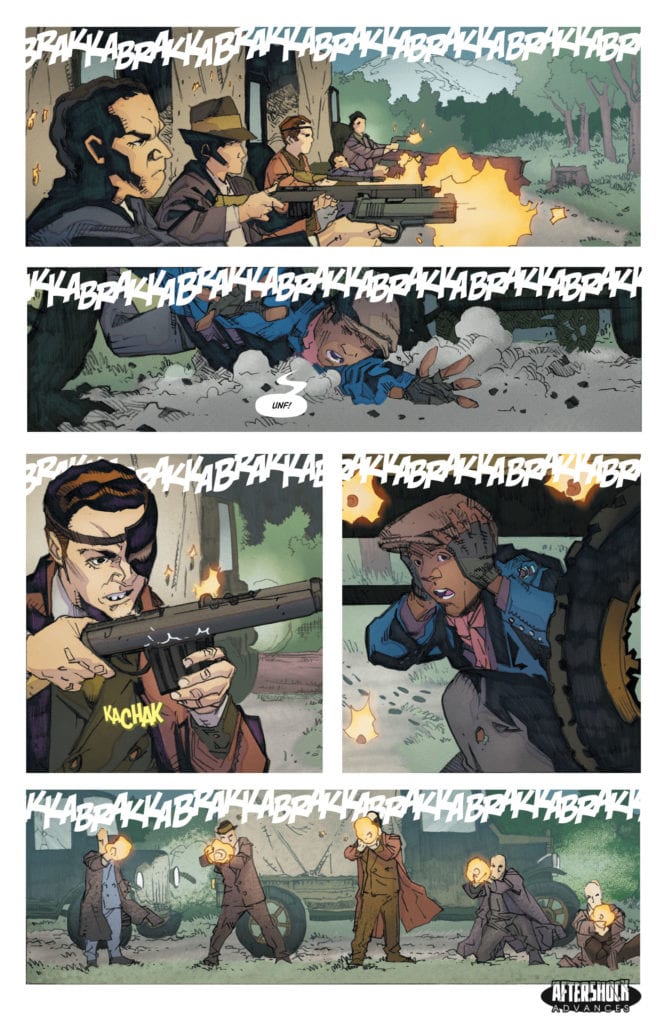 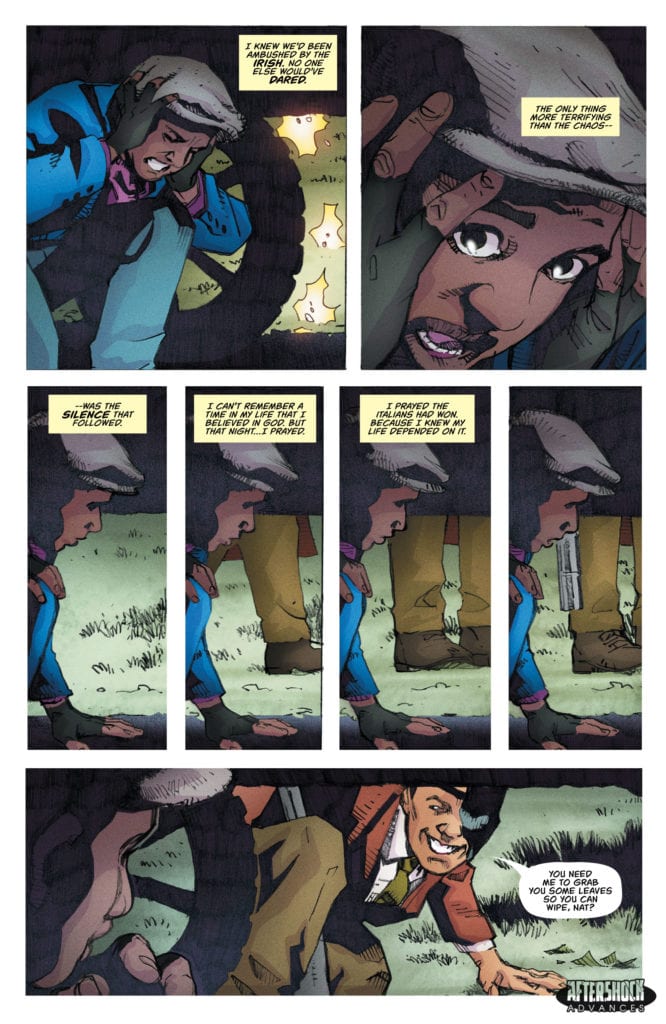 Are you looking forward to SHADOW DOCTOR? Sound off in the comments!