SAMURAI DOGGY #1 hits your local comic book store August 10th, but thanks to AfterShock Comics, Monkeys Fighting Robots has an exclusive six-page preview for you.

About the issue:
During the Fourth War of the Sun, a small dog named DOGGY experienced an irreparable trauma: his mother was brutally murdered, and his eight brothers, still puppies, were kidnapped by a mysterious man. To save them, Doggy fought bravely against the terrible killer, but all his efforts were in vain, and he was left for dead. What nobody imagined was that a technological vulture scavenging the region for corpses would be the one to rescue the dying dog from death’s scythe.

Now, Doggy has become Samurai Doggy, and his only goal is to quench his thirst for revenge.

The series is by writer Chris Tex and artist/letterer Santtos. The main cover is by Santtos, and the incentive variant is by Juan Doe.

“A story of loss, revenge and the journey to defeat the greatest empire of machines and robots that has ever existed.”

Check out SAMURAI DOGGY #1 preview below: 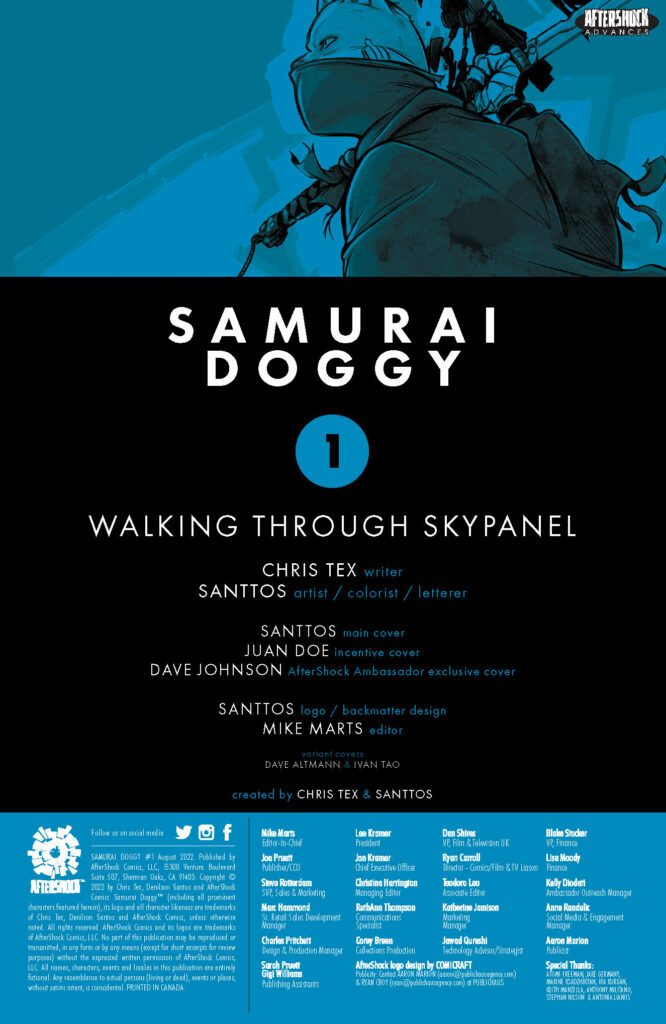 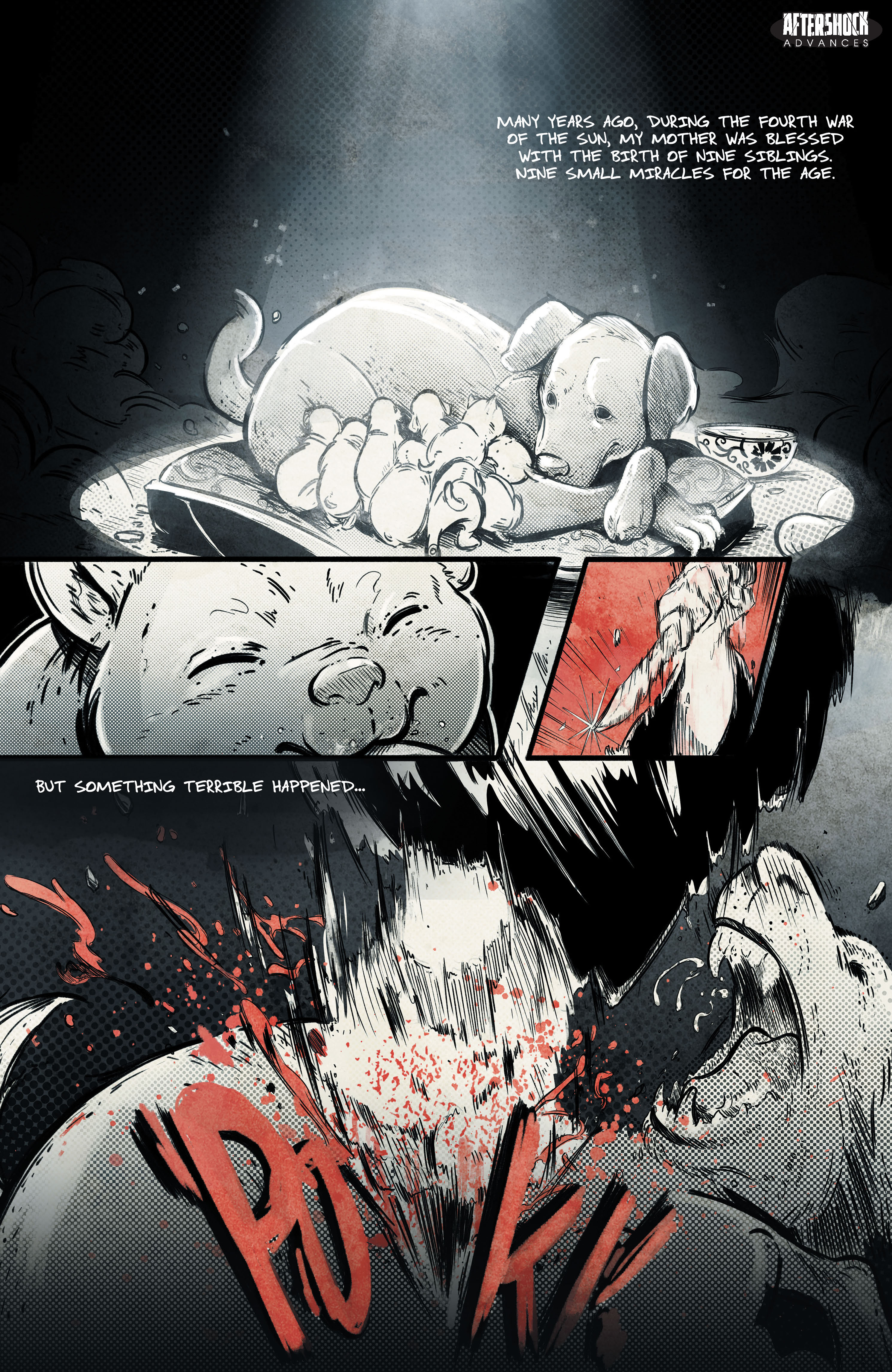 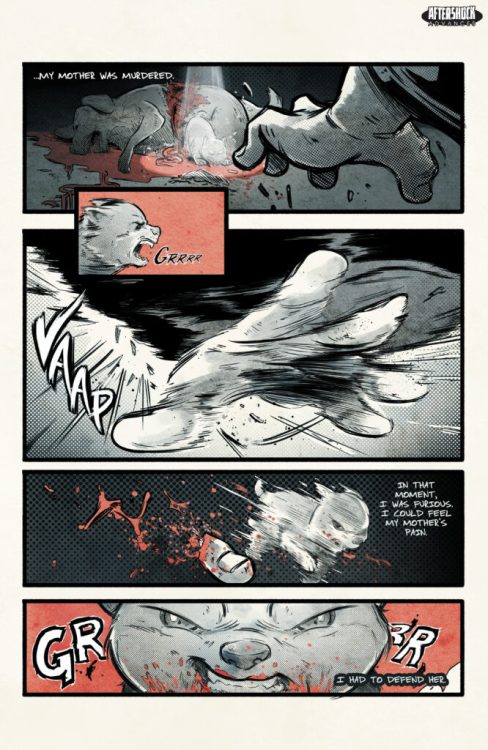 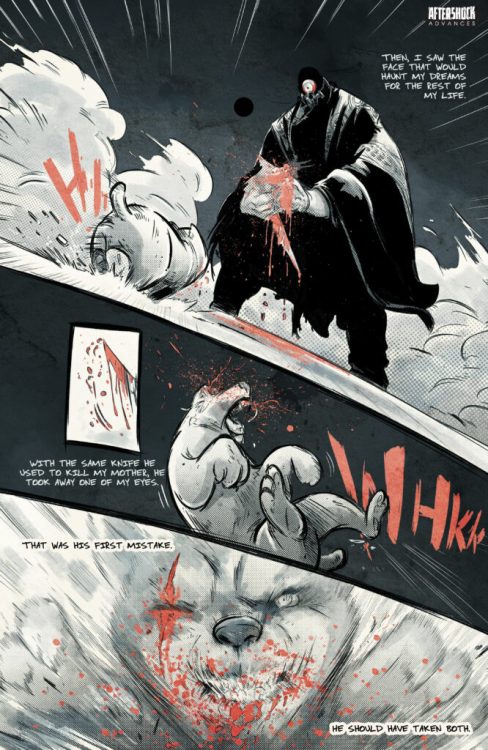 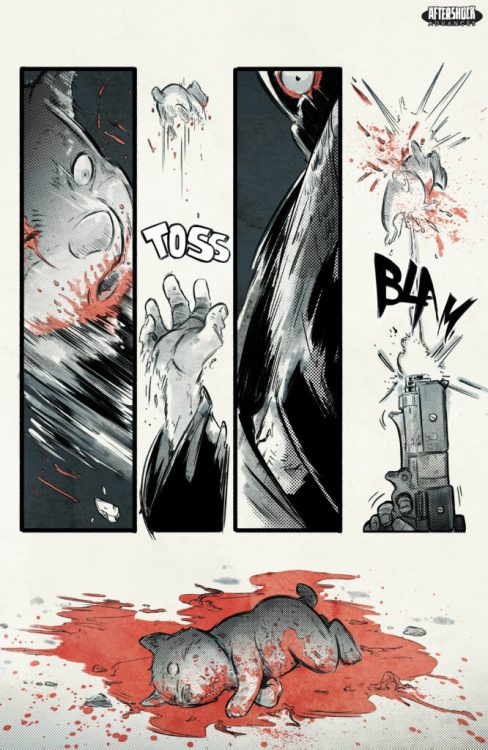 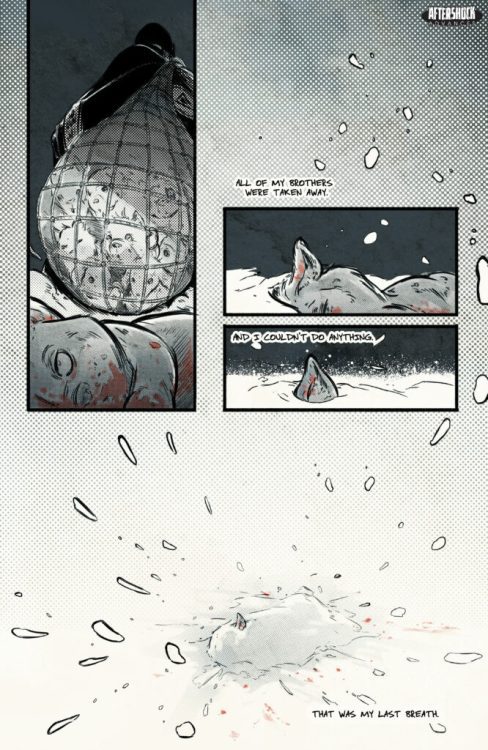 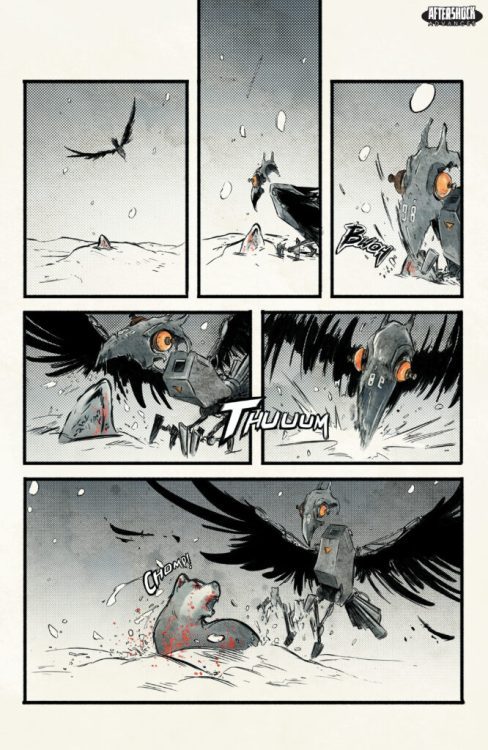 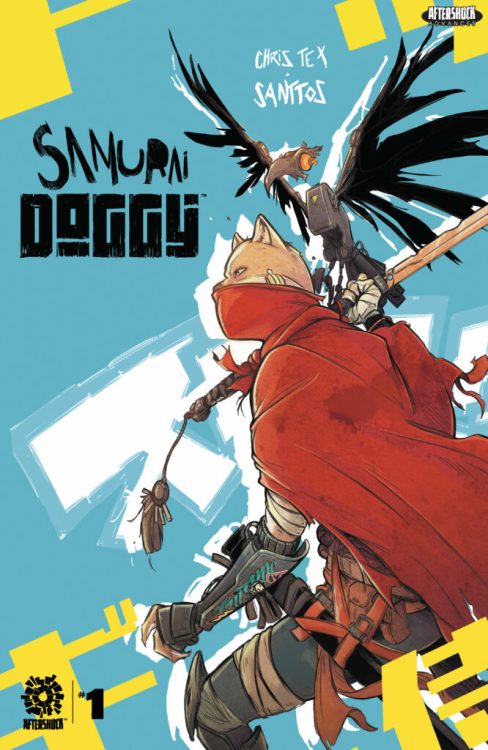 Are you adding SAMURAI DOGGY to your pull list? Sound off in the comments!