LAND OF THE LIVING GODS #3 hits your local comic book store April 20th, but thanks to AfterShock Comics, Monkeys Fighting Robots has an exclusive four-page preview for you.

About the issue:
After selling Naledi to Shandu’s witch for ritual sacrifice, Kaelo grows tormented by memories of her past and the betrayals that she herself suffered as a child. Meanwhile, Naledi has a chance encounter with someone that harbors a seemingly impossible secret – a secret that could unravel the very foundations on which the stronghold of Serepa is built.

The series is by writer Isaac Mogajane and artist Santtos, and letters by Carlos M. Mangual. The cover is by Santtos.

Check out the LAND OF THE LIVING GODS #3 preview below: 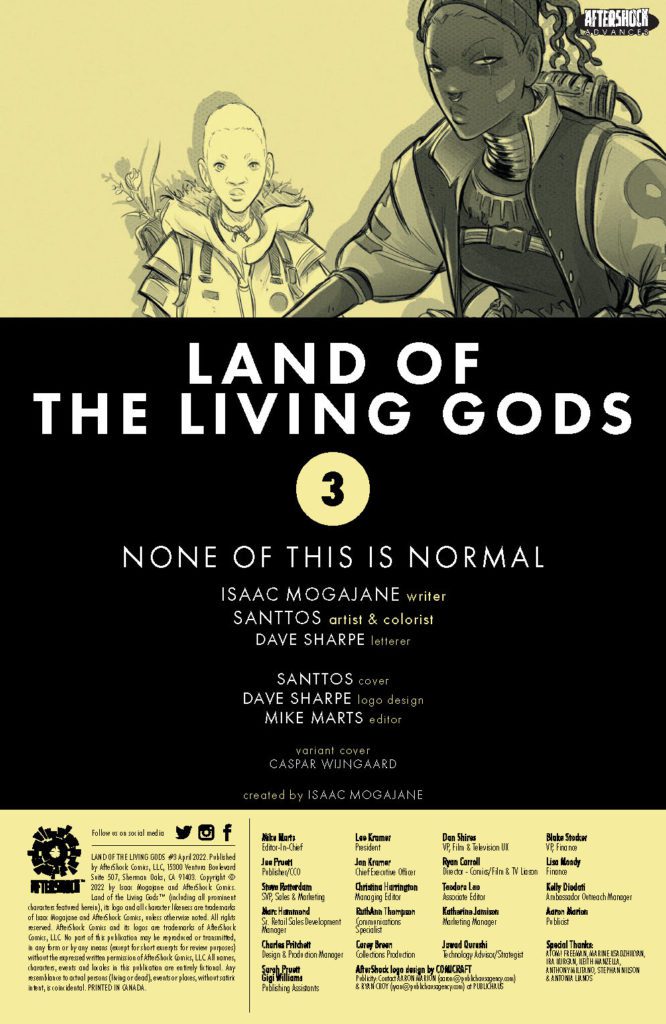 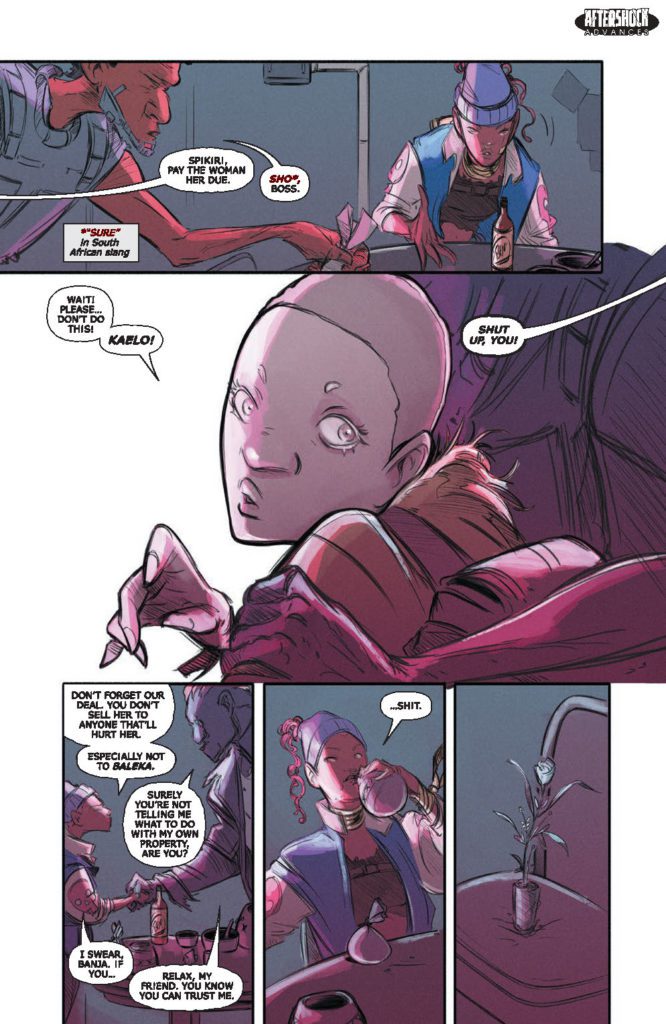 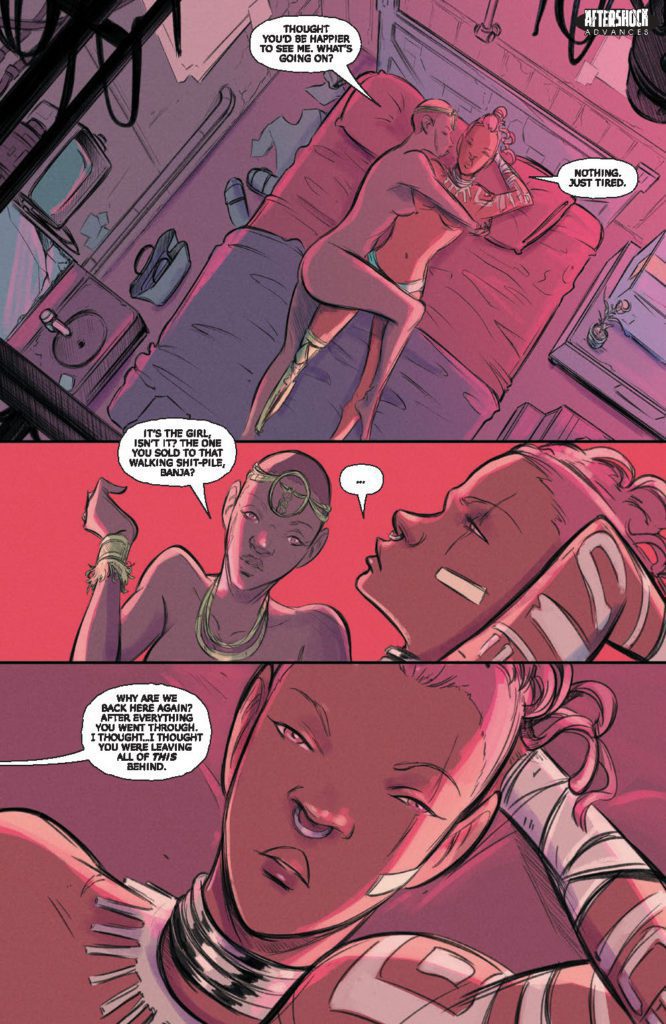 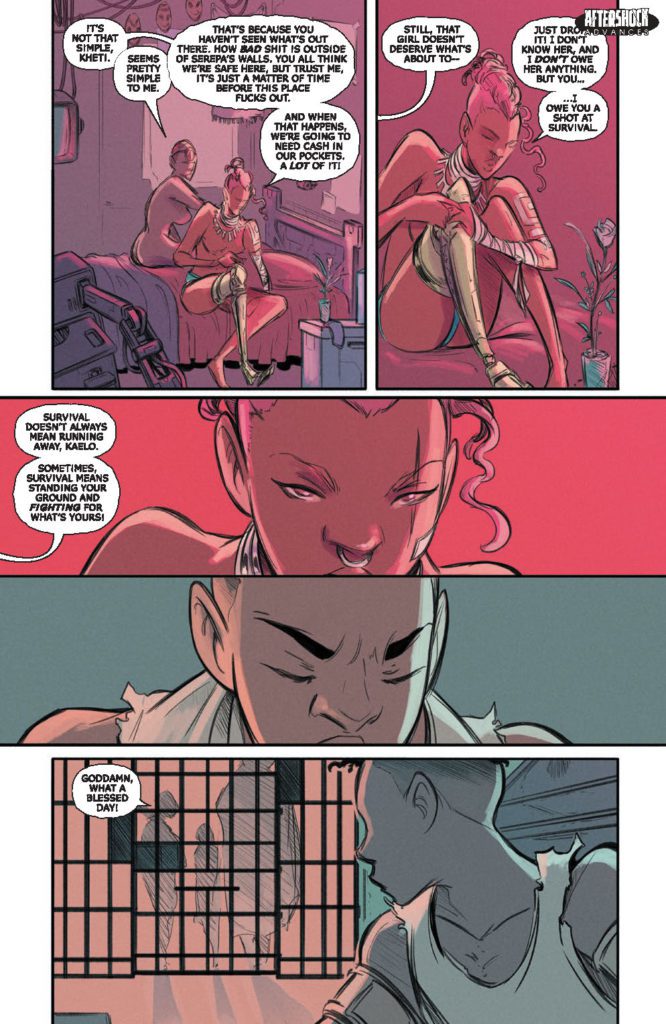 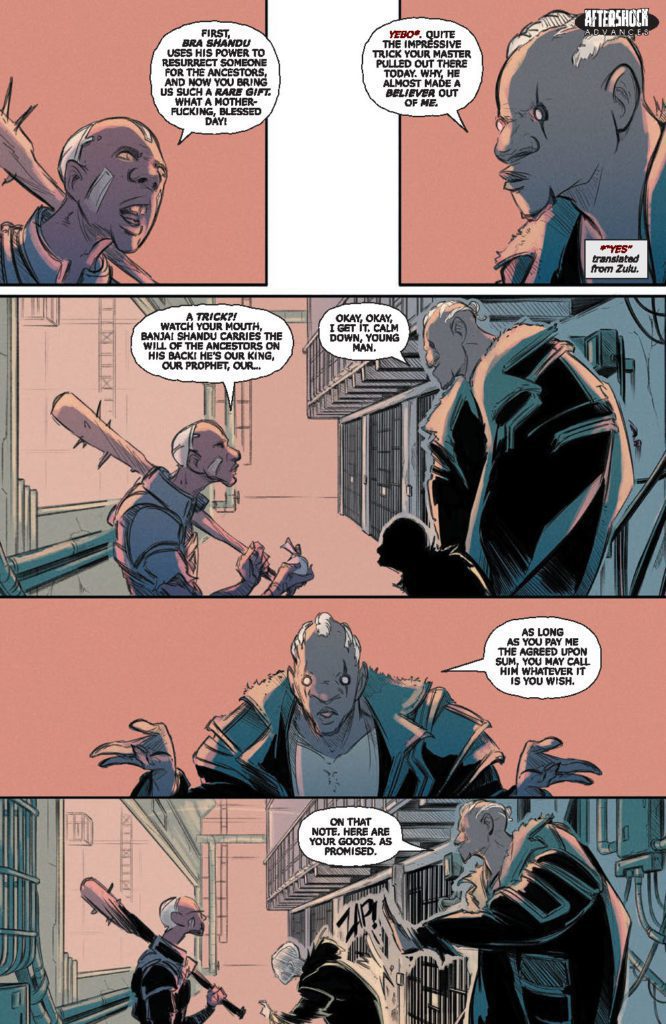 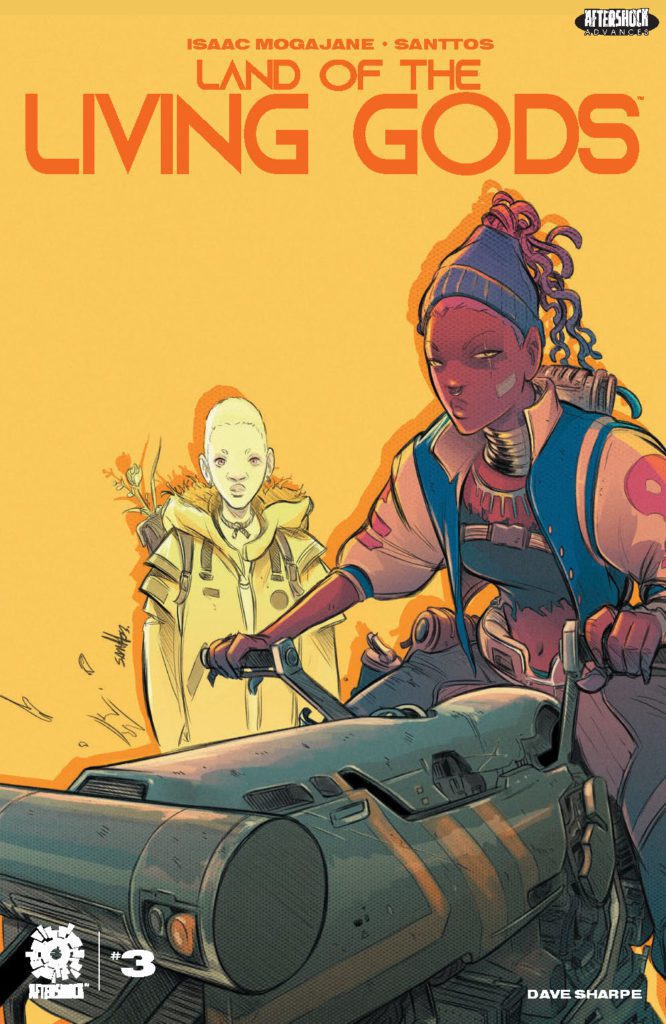 Are you reading LAND OF THE LIVING GODS? Sound off in the comments!