BAD RECEPTION #4 hits your local comic book store March 11th, but thanks to AfterShock Comics, Monkeys Fighting Robots has an exclusive four-page preview for you.

About the issue:
With only a few remaining guests, the tables begin to turn as a shocking secret is revealed about Hashtag. A desperate plan is hatched to capture the hunter, but things go awry when the killer reveals a trap of his own — one that will forever change the relationship of the newlywed couple…if they live.

Written and drawn by AfterShock’s very own Juan Doe (DARK ARK, AMERICAN MONSTER, WORLD READER), BAD RECEPTION is a searing horror story that doubles as a topical, satirical critique on society’s obsession with technology, social media and the cult of celebrity.

BAD RECEPTION #4 is done entirely by Juan Doe – from the writing, to the interior art, to the cover.

Check out the BAD RECEPTION #4 preview below: 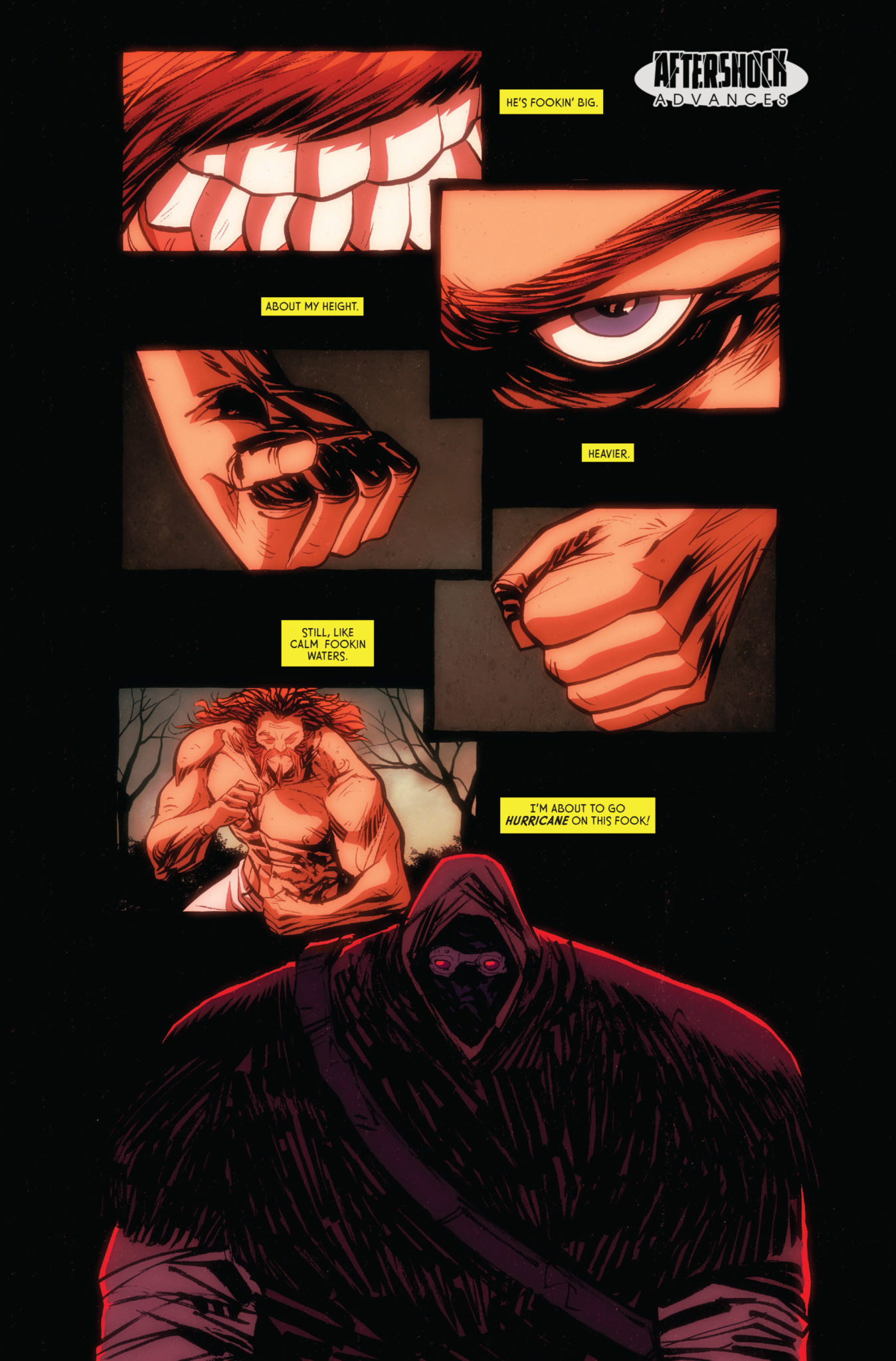 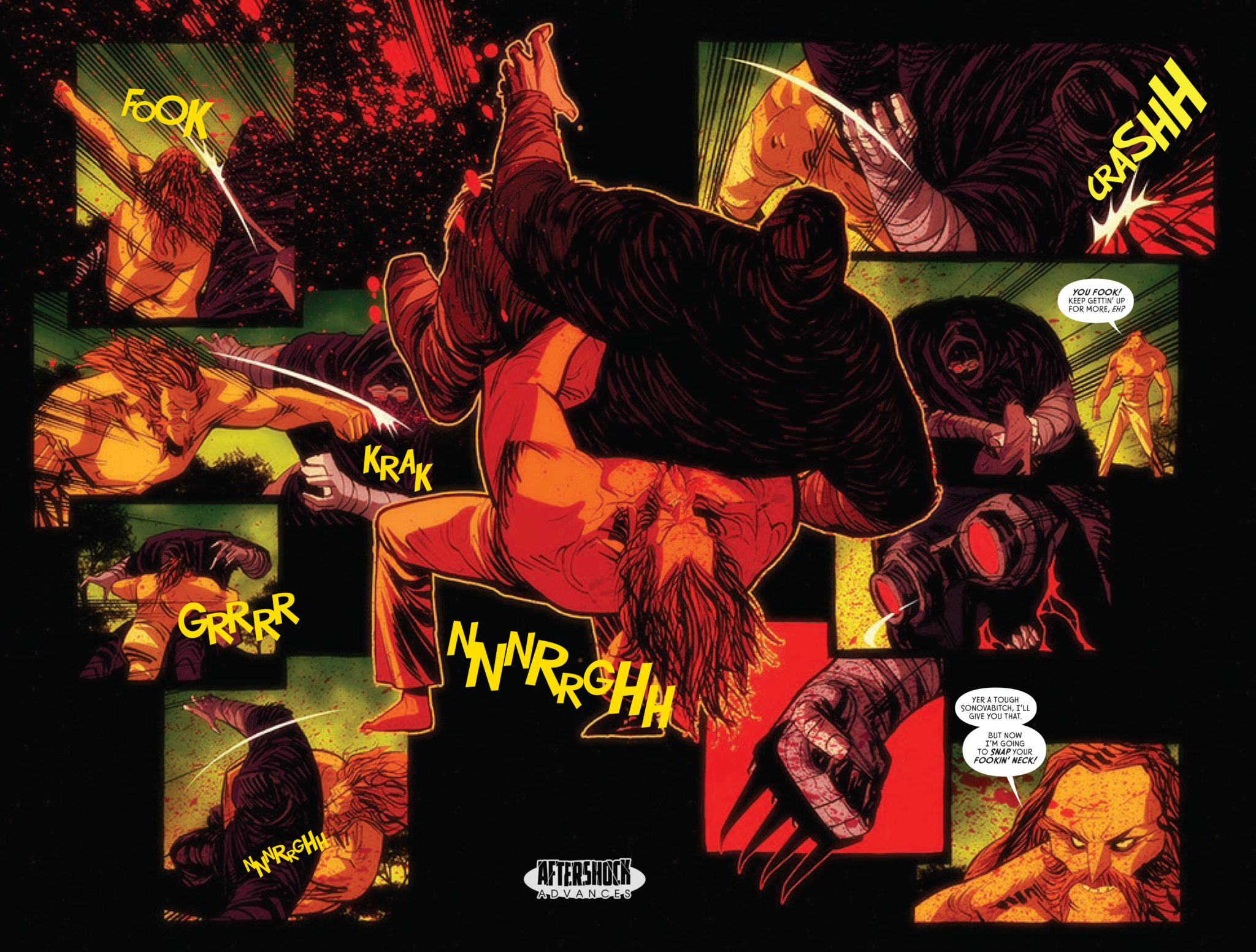 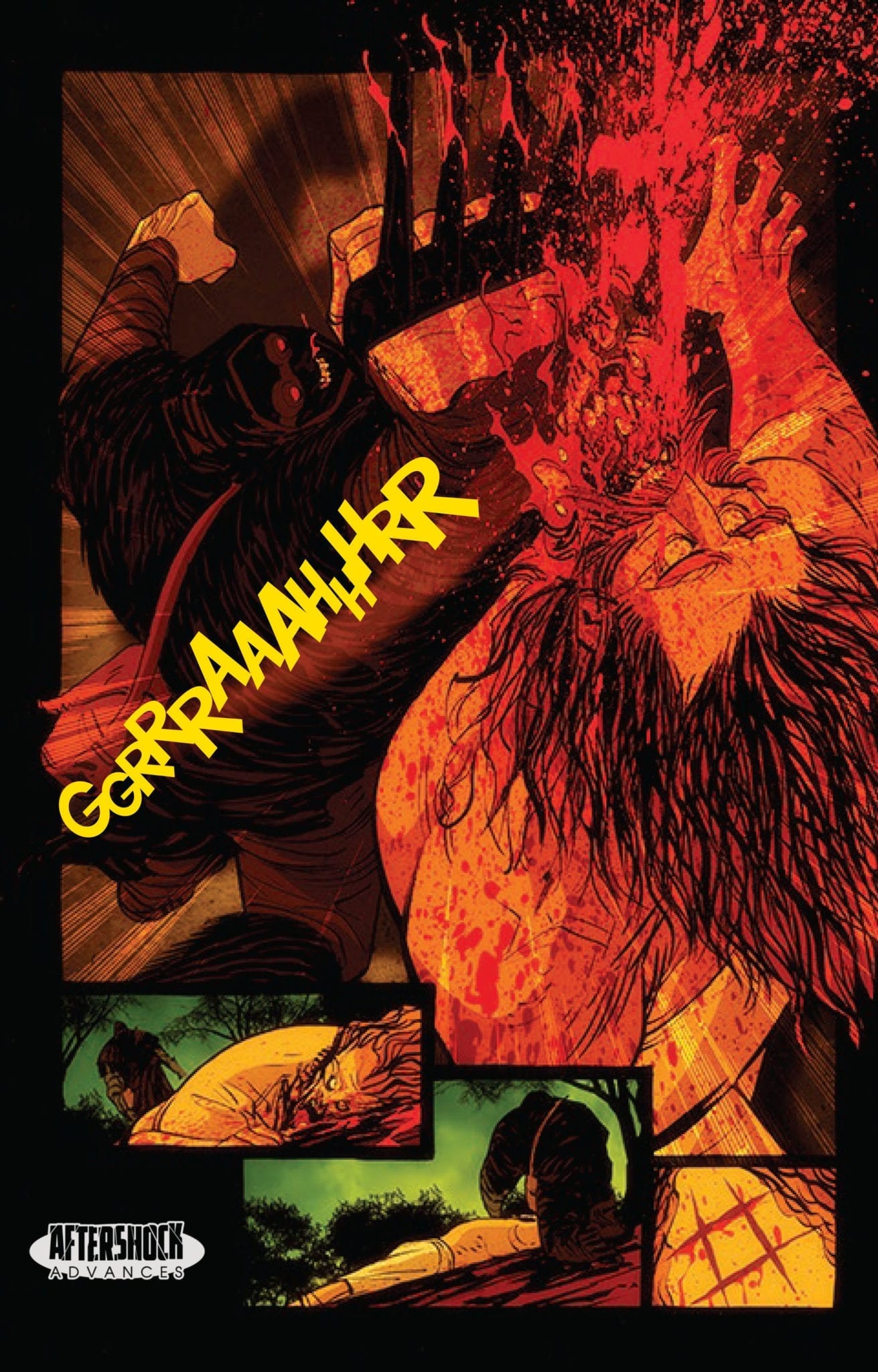 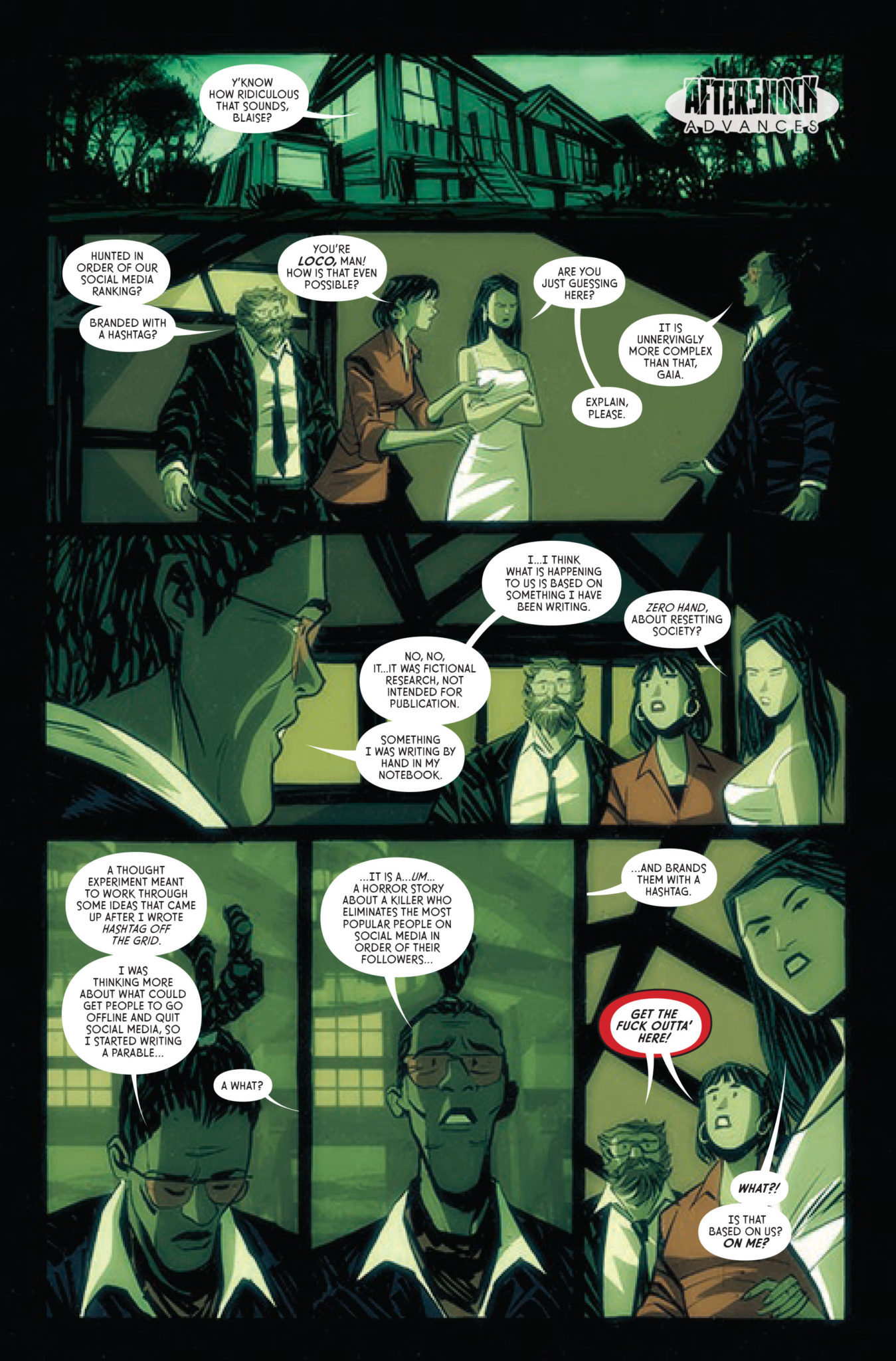 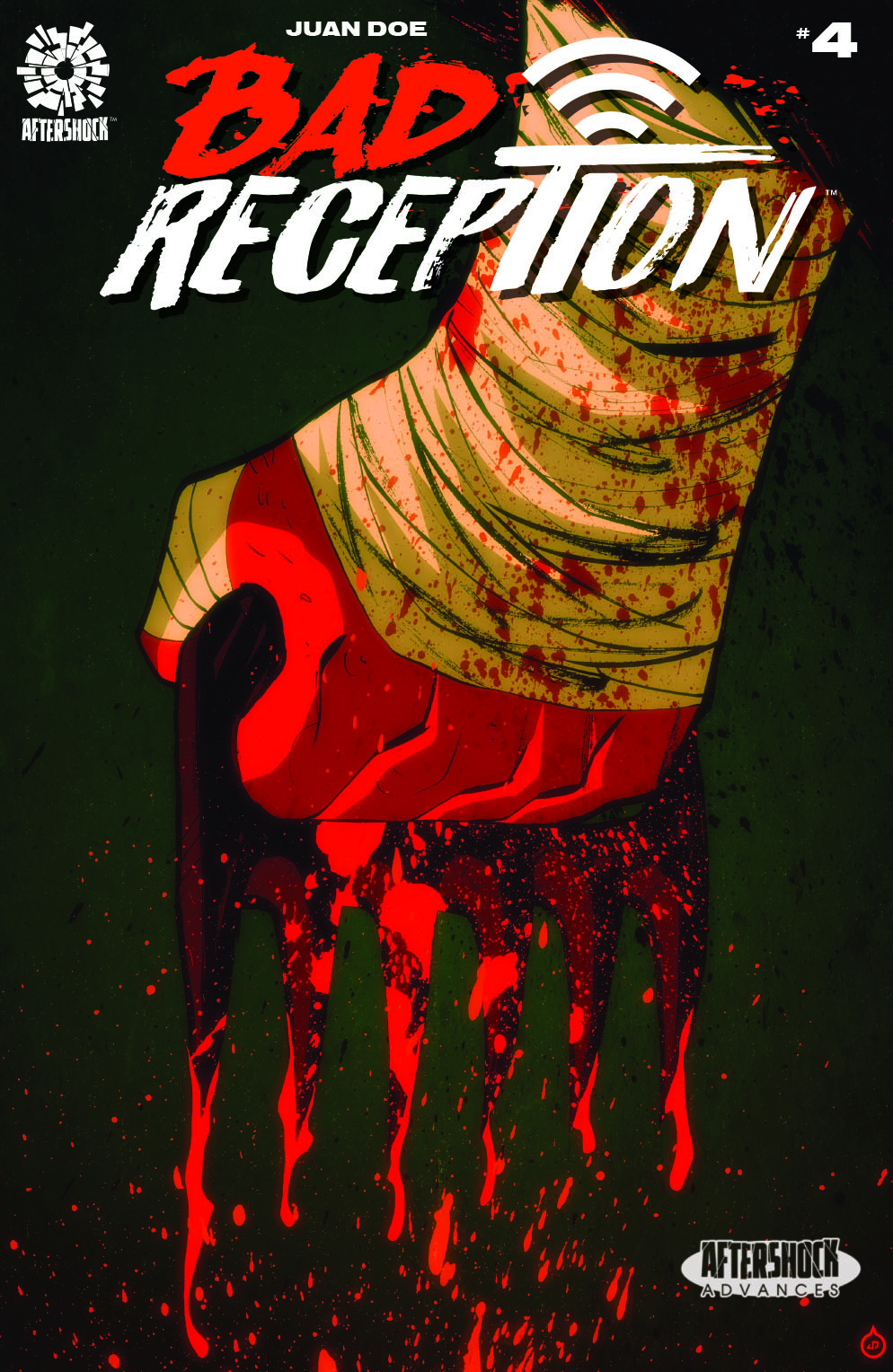 Are you reading BAD RECEPTION? Sound off in the comments!