ASTRONAUT DOWN #2 hits your local comic book store July 6th, but thanks to AfterShock Comics, Monkeys Fighting Robots has an exclusive four-page preview for you.

About the issue:
Inter-dimensional astronaut Douglas Spitzer has overshot his destination, and he’s now in a world that is both familiar and different. In his home world, a cellular cancer has destroyed 90% of the planet and the people along with it. But this new, parallel world cured it. And while the green sky and clean air is enough to deal with, there’s another reason Douglas is hesitant to complete his mission…love.

Meanwhile, mission control has to deal with the fallout from another failed launch and the rapidly encroaching cancer outside, all while trying to aid Douglas – who’s the only hope to save their dying world.

The series is by writer James Patrick and artist Rubine, with colors by Valentina Briški, and letters by Carlos M. Mangual. The cover is by Rubine.

Check out the ASTRONAUT DOWN #2 preview below: 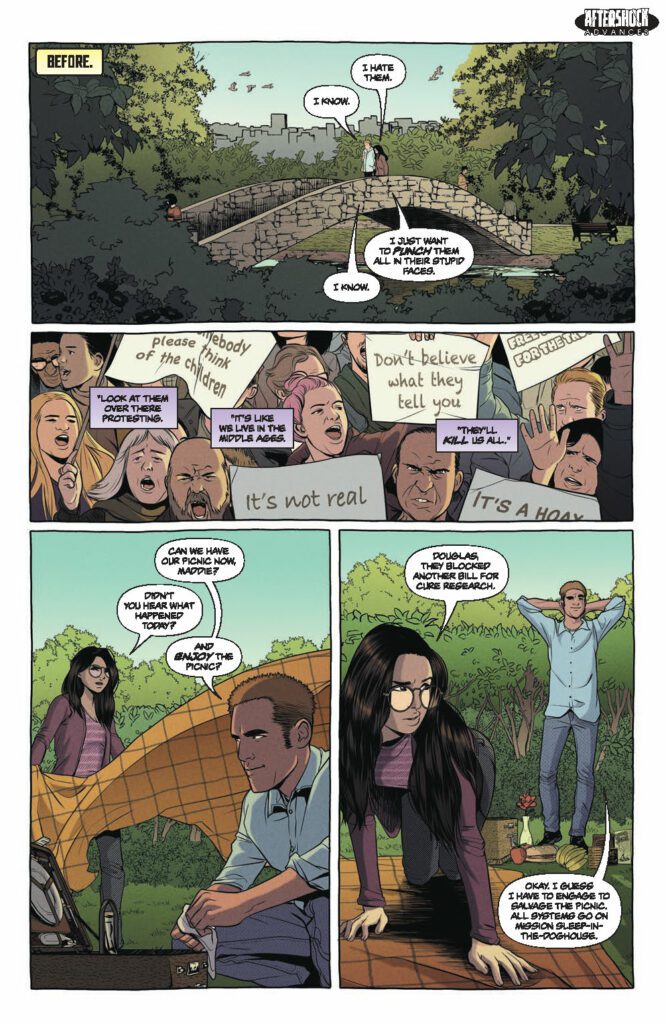 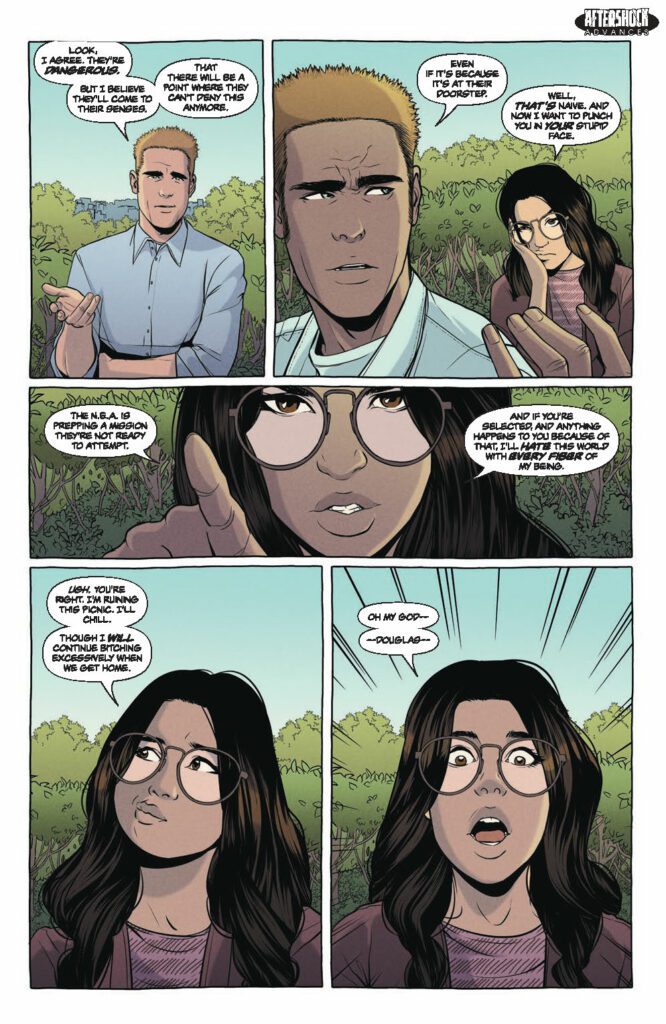 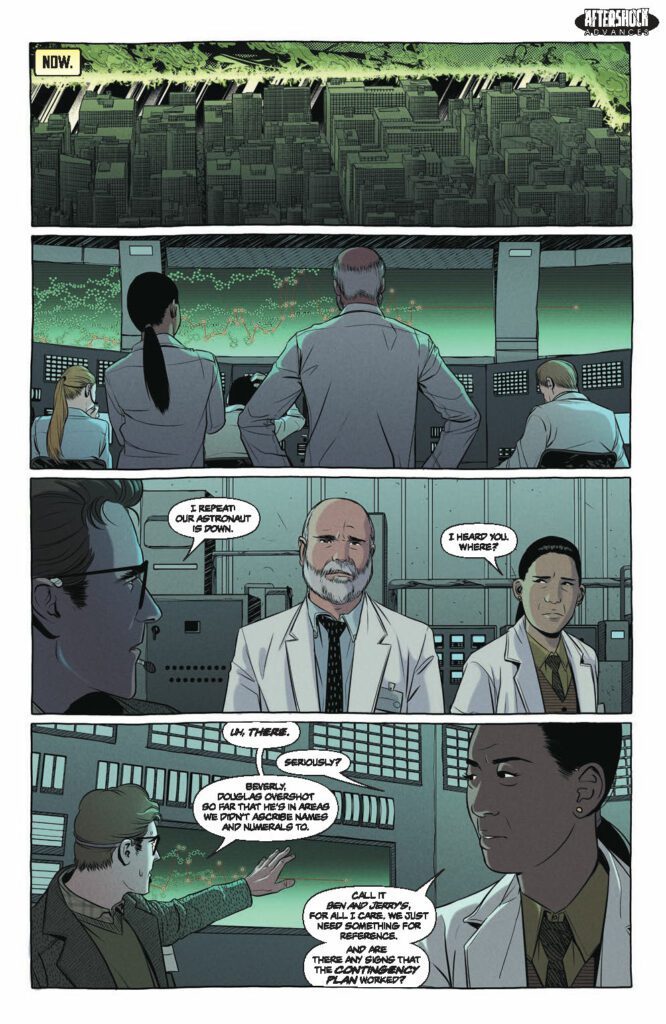 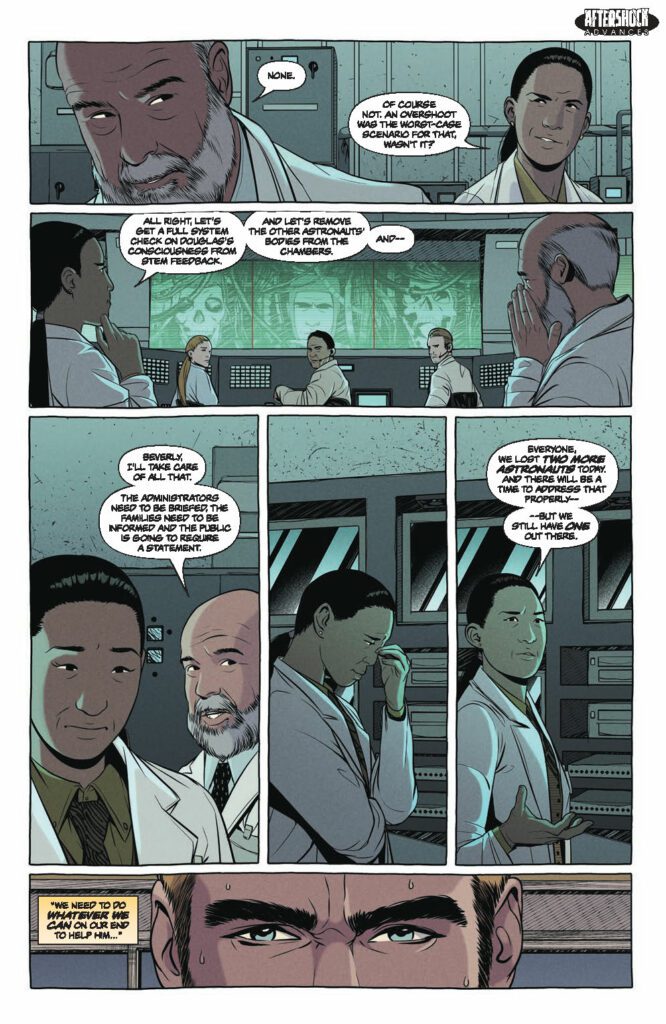 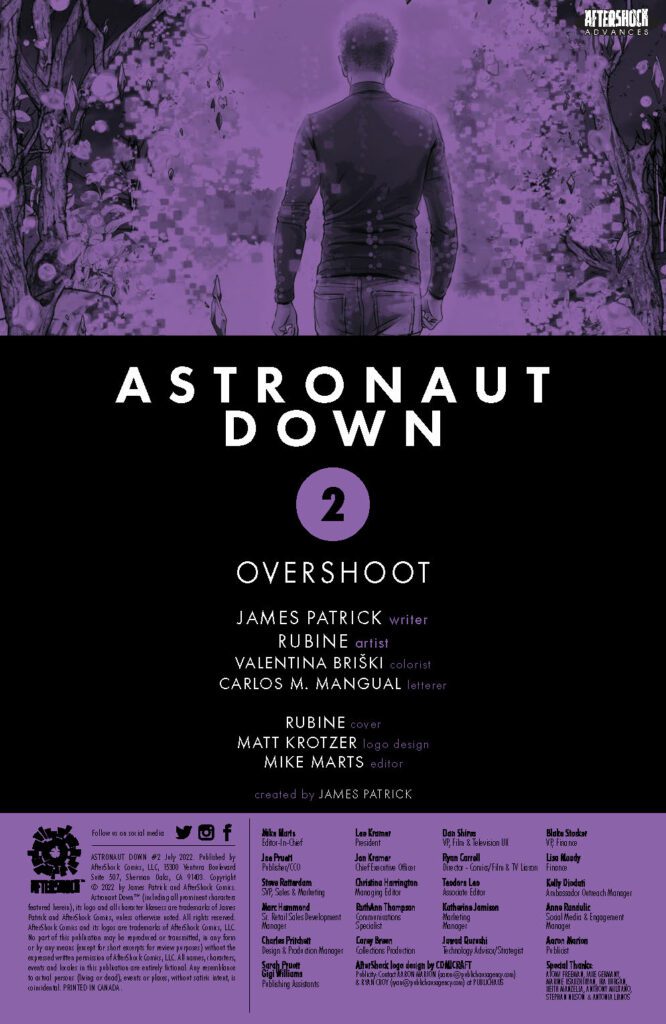 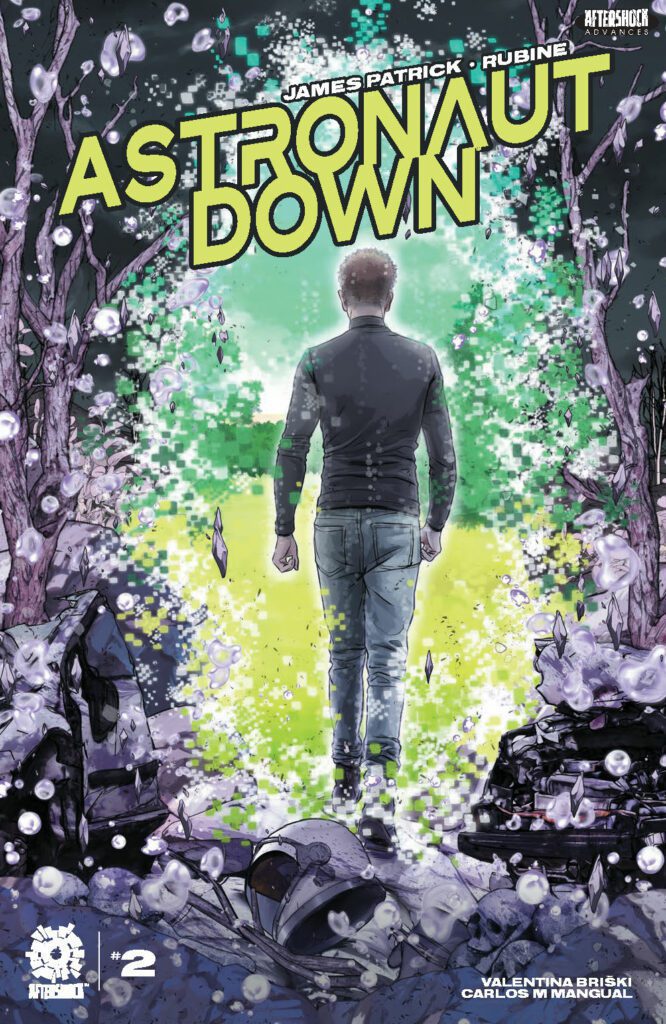 Are you reading AfterShock’s ASTRONAUT DOWN? Sound off in the comments!