ANIMOSITY #26 hits your local comic book store February 18th, but thanks to AfterShock Comics, Monkeys Fighting Robots has an exclusive four-page preview for you.

About the issue:
In the land of the kings of Texas, the only thing worth more than oil — is blood.

ANIMOSITY #26 is by writer Marguerite Bennett, and artists Elton Thomasi and Rafael De Latorre, with colors by Rob Schwager, and letters by Taylor Esposito. The cover is by Rafael De Latorre with Marcelo Maiolo.

The series tells the story of a world where animals suddenly gain the ability to think and speak like humans…and they begin their revenge. Issue #26 is the second part of the “King of Texas” storyline.

Check out the ANIMOSITY #26 preview below: 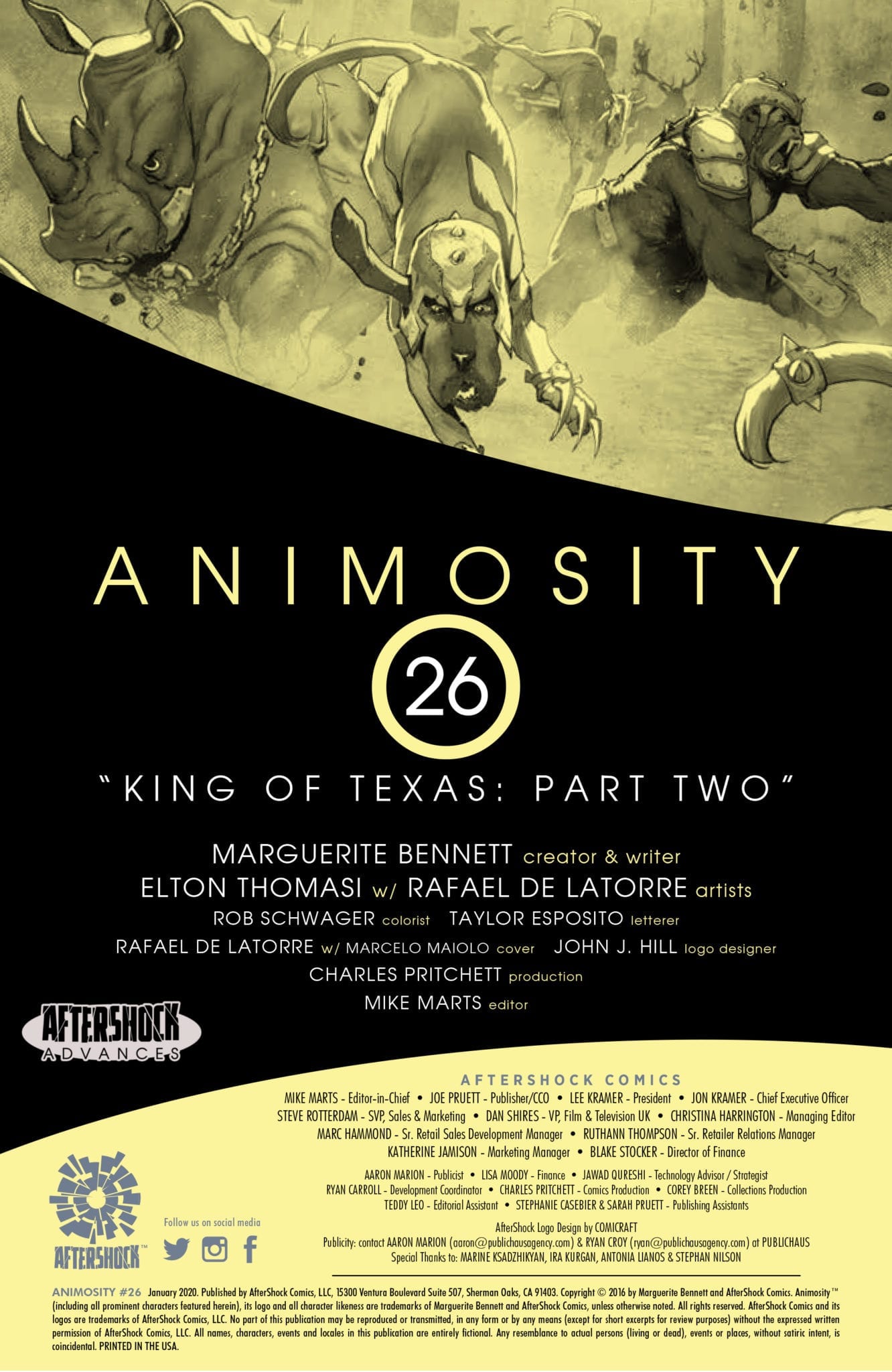 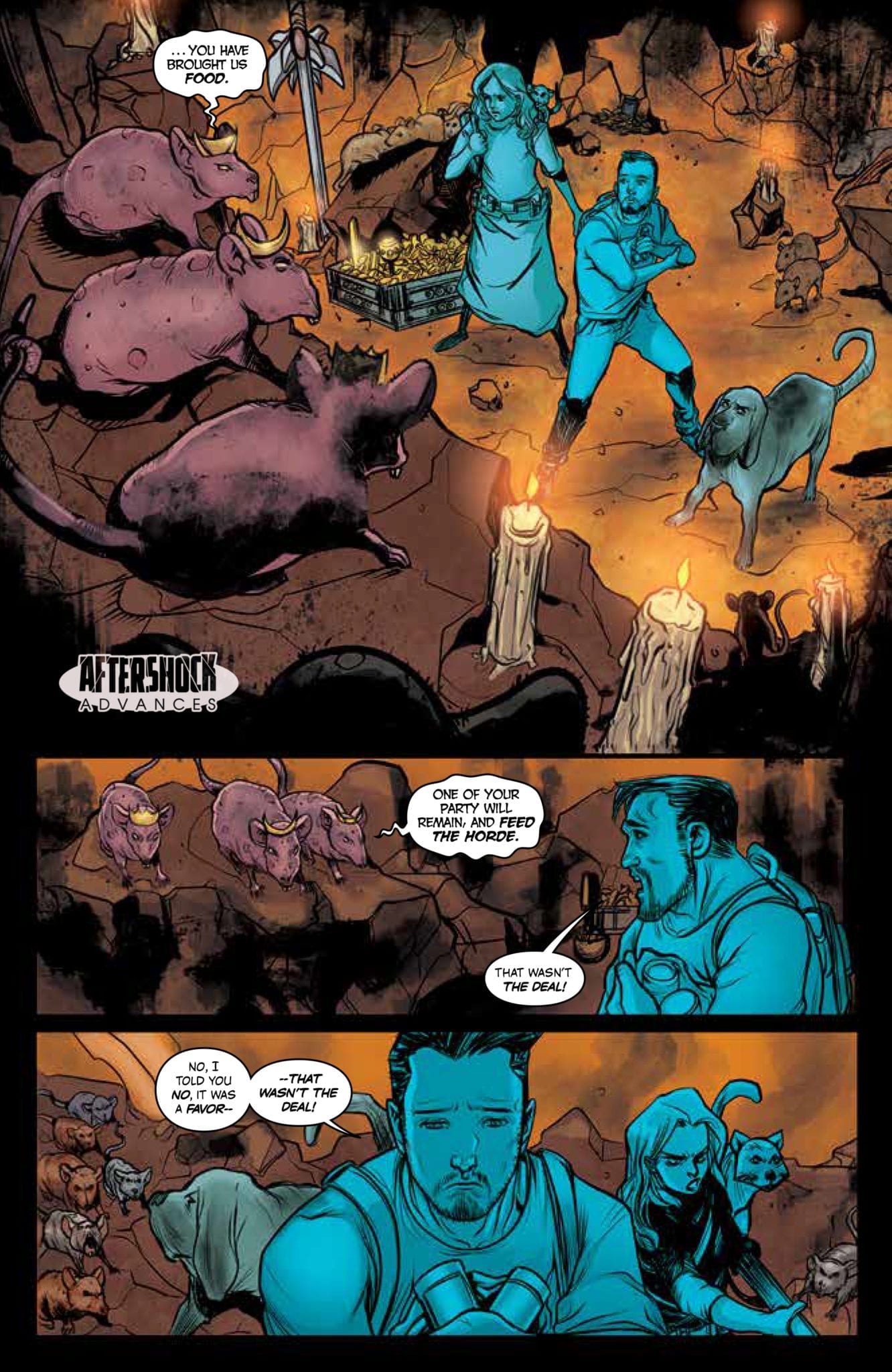 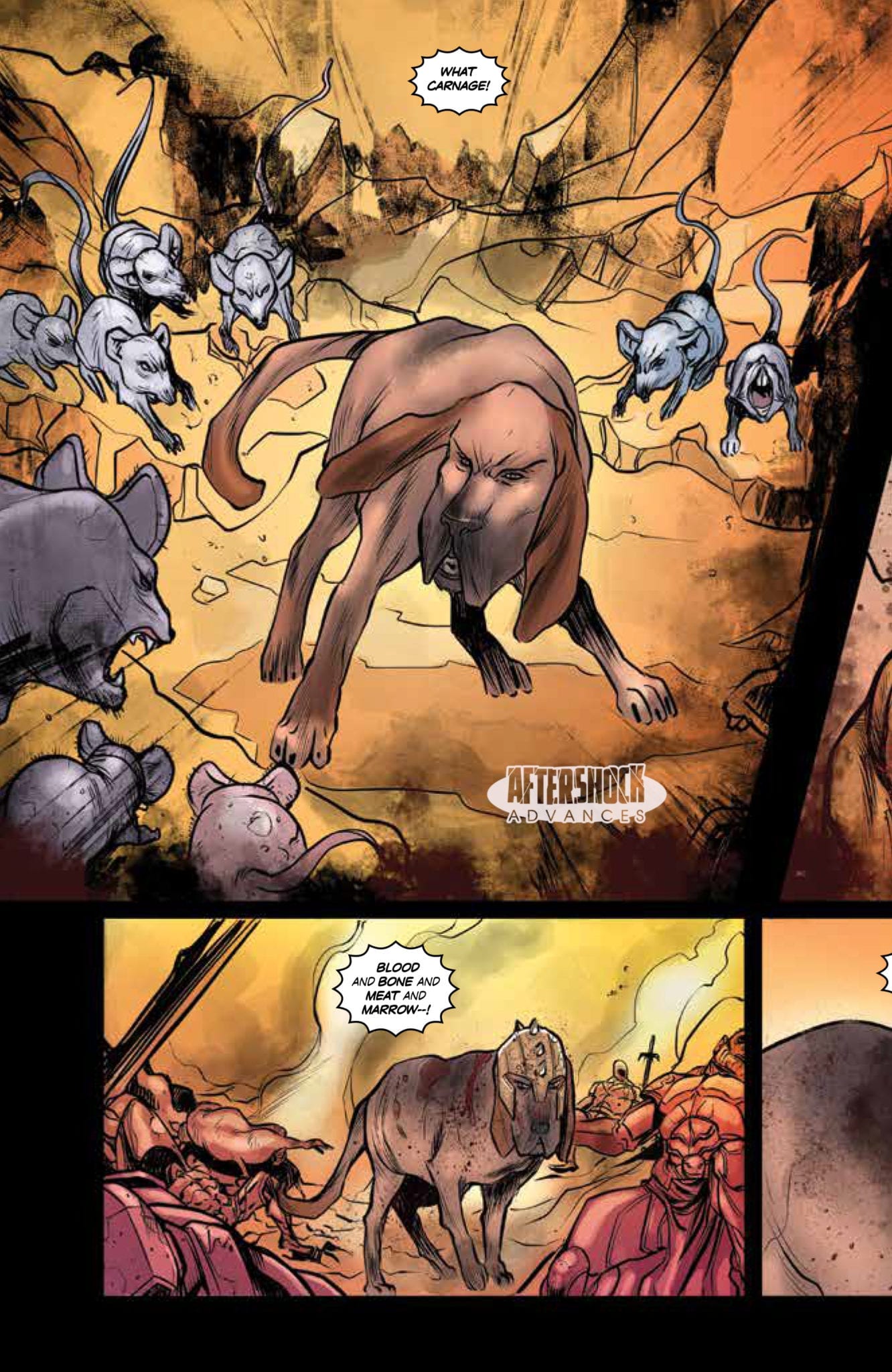 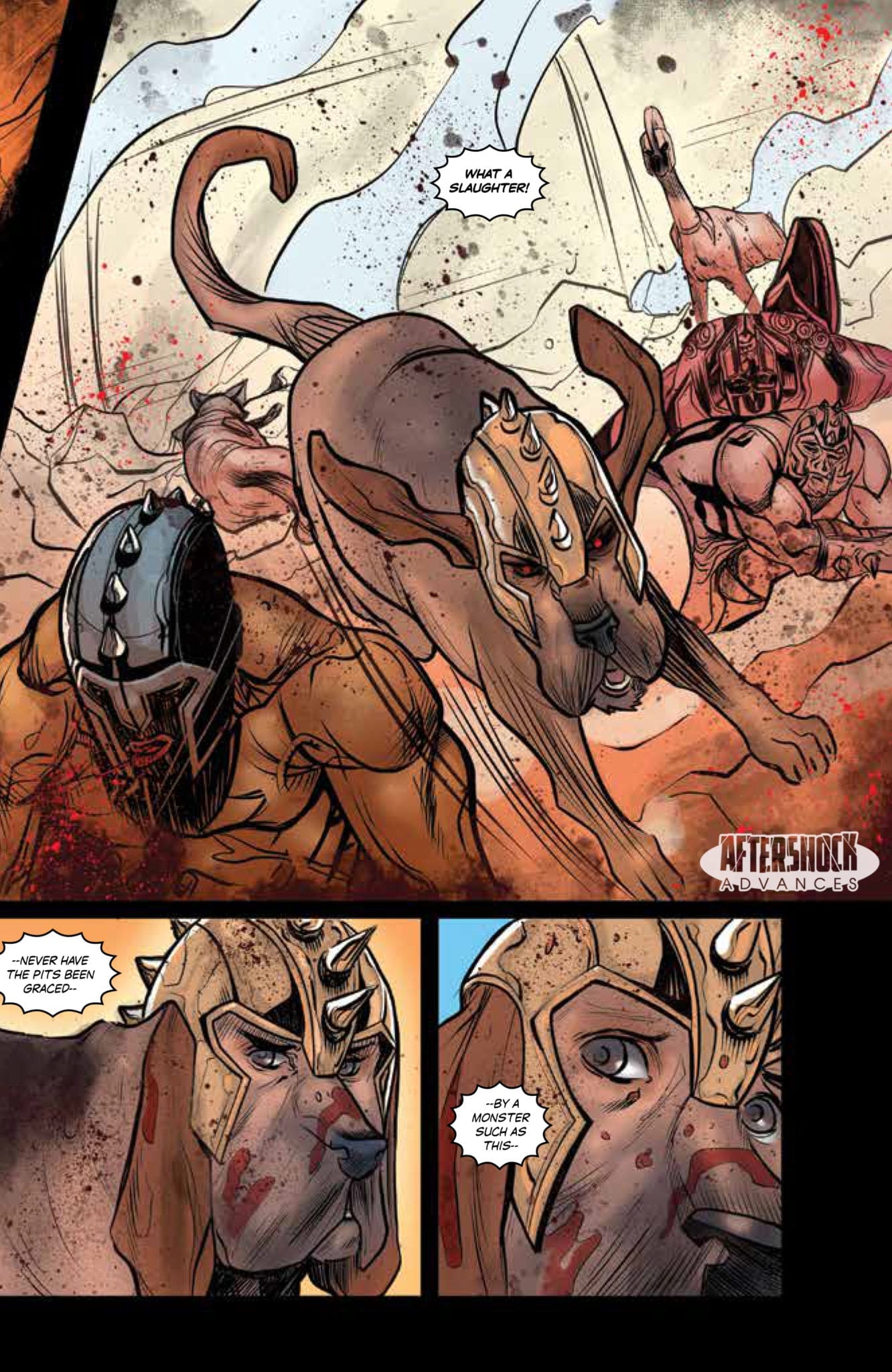 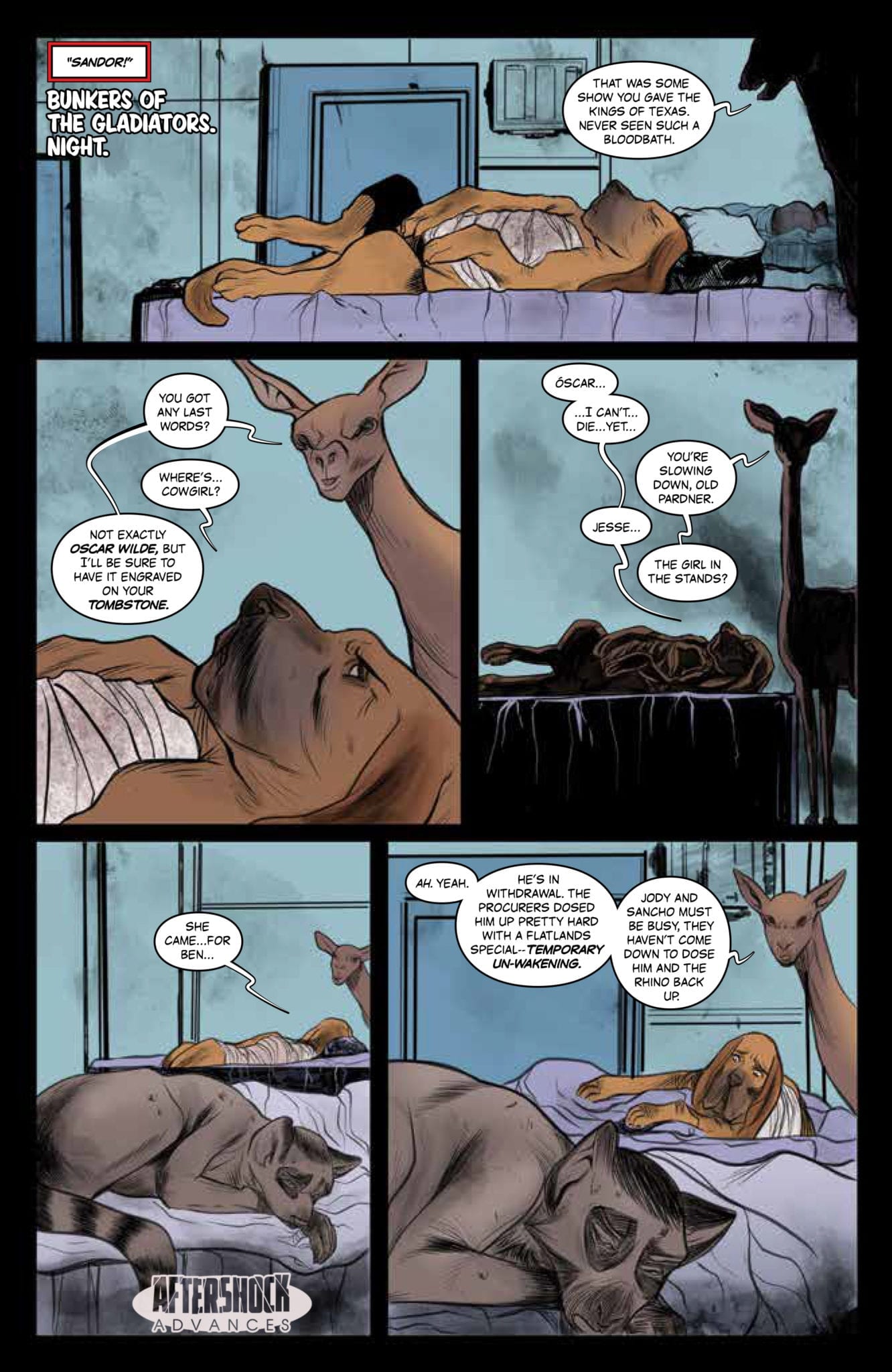 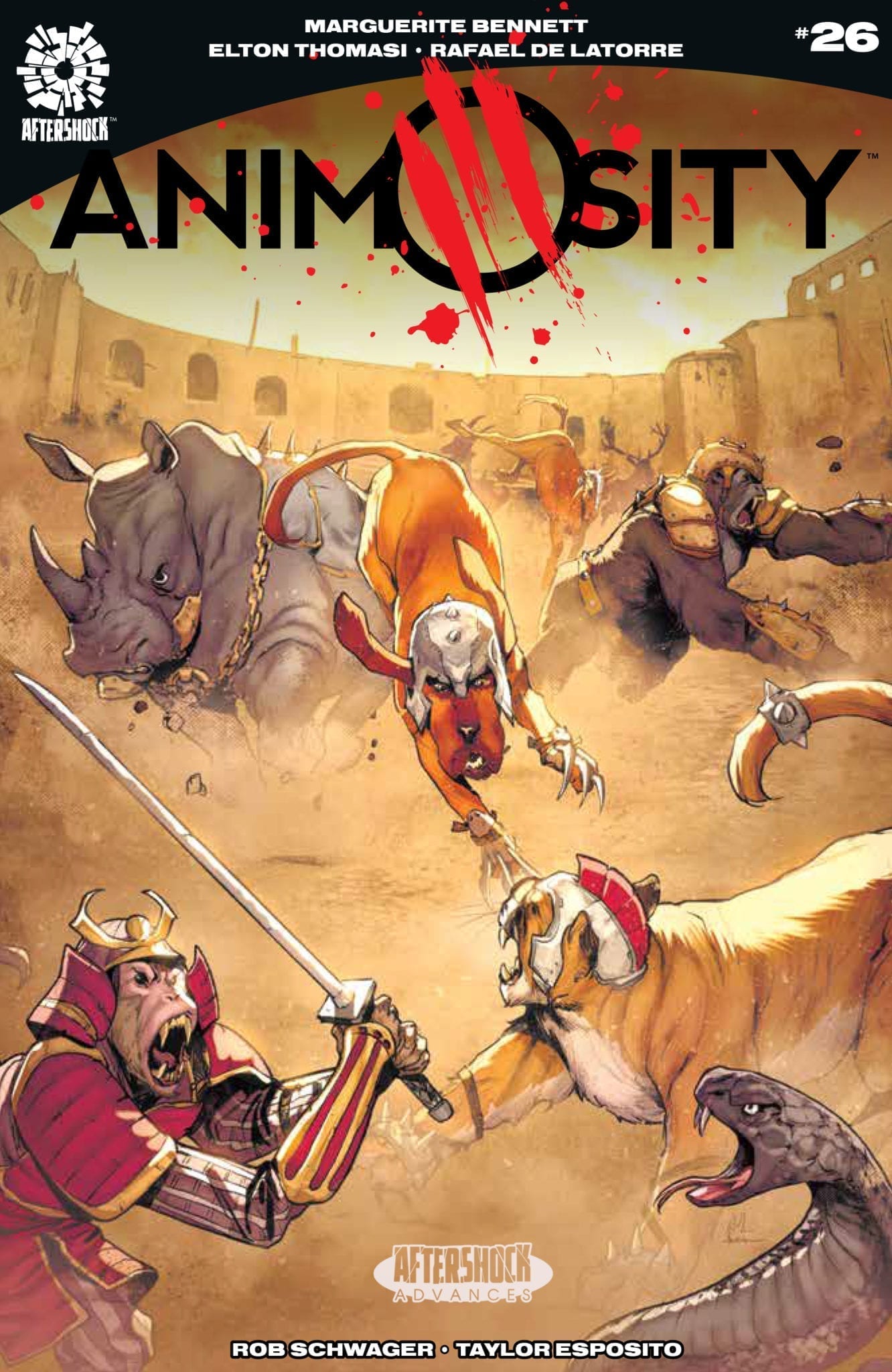 Are you reading ANIMOSITY? Sound off in the comments with your thoughts!