Review: ADVENTURE TIME: FIONNA & CAKE TP Reminds Us Why We Love The Show

ADVENTURE TIME: FIONNA & CAKE TP, available in comic book stores on Wednesday, August 26th, brings together a plethora of hilariously exciting stories. This issue’s talented creators have put together engaging stories that showcase their unique set of strengths while remaining true to the characters and their mythos. 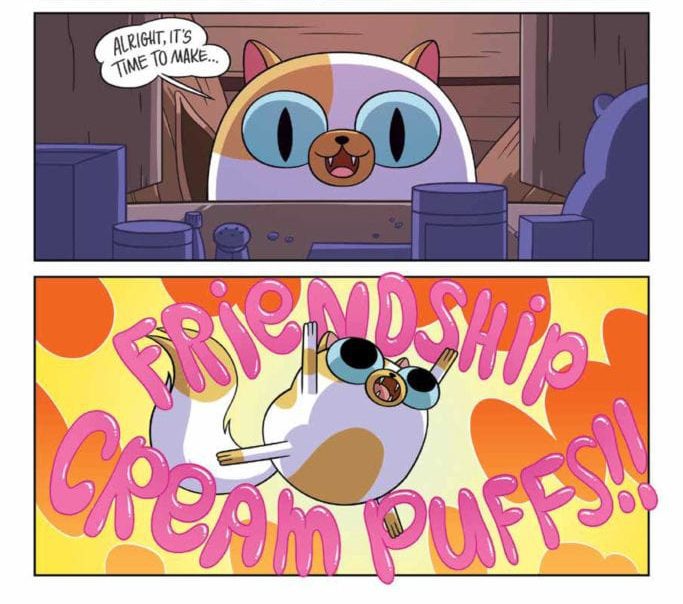 Written and illustrated by Zachary Sterling, with letters by Britt Wilson, Cake Bakes is a fun story that stars the beloved cat. We enjoyed watching the cute cat surprise her best friend with a homemade breakfast.

Short Cakes, written and illustrated by Ian McGinty, with colors and letters by Fred Stresing, presents readers with a series of literal short stories that feature our heroes as young children. With adventures ranging from snowball fights to mustache growing attempts, we were entertained by the sheer craziness of these goofballs’ predicaments.

Once Upon a Time 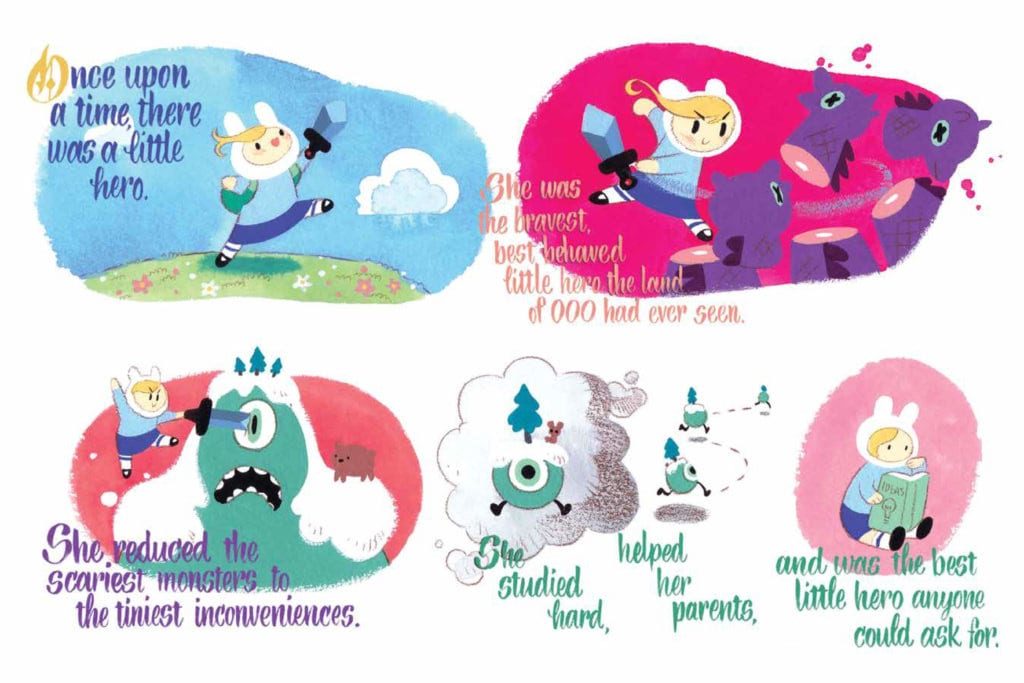 This story was written by Frank Gibson, illustrated by Becky Dreistadt, and lettered by Britt Wilson. We were thrilled to see this issue was crafted in the form of a fairy tale storybook, which keeps with the title’s theme. The fonts stand out from the page as if they’re part of the tale itself. And that tale takes Fiona and Cake on a perilous journey to the Ice Queen’s domain.

Adventure Time with Fionna & Cake: Card Wars, written by Jen Wang and illustrated by
Britt Wilson with Rian Sygh, is by far the longest story within this issue. And in a sense, it’s the most relatable of the collection. Readers fond of playing card games will find Fiona, Cake, the Ice King, and more partaking in their own version. It was great seeing these outlandish characters enjoy everyday games that are akin to Magic: The Gathering. 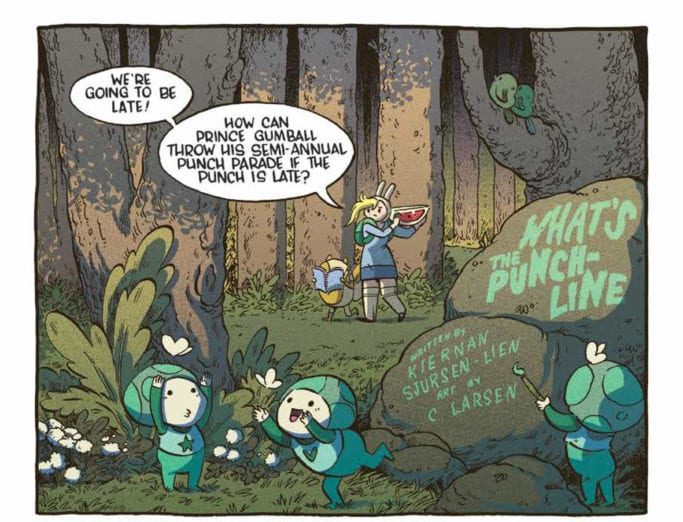 The final story was written and illustrated by Kiernan Sjursen-Lien and lettered by Christine Larsen. Playing on this series’s penchant for puns, What’s the Punch-Line details the journey Fiona and Cake take as they travel to Prince Bubblegum’s party while carrying a bowl of punch. Surprisingly, this beverage becomes the focus of their adventure. While it may seem mundane at first glance, this special punch proves to be the life of the party.

ADVENTURE TIME: FIONNA & CAKE TP satisfies old and new fans alike. If you love the humor from the beloved television show, you’ll love joining in Fiona and Cake’s antics in this story.

What adventures do you foresee this dynamic duo getting into in the future? Let us know in the comments below!