6 Reasons To Read Marvel’s The Defenders

The Defenders is just over two weeks away, and the hype is real ladies and gentlemen. It’s so cool to see Marvel and Netflix’s experiment about to come into full fruition. So far the reviews seem promising, but two weeks still seems like a ways off. However, Marvel made the very smart decision of publishing a Defenders comic series before the Netflix show was released. It’s a pretty damn awesome comic, and here are six reasons why you should be reading it.

The art of the book is helmed by David Marquez, and colored by Justin Ponsor. Marquez is a fantastic blend of both a semi realistic look, and a very expressive style that conveys a lot of movement. Faces in particular are very emotive. Marquez also uses dynamic, and varied panel layouts to really explore the areas our heroes are in, and create strong tension when needed. Justin Ponsor’s coloring is a fantastic addition as well. The colors can be bright when needed, but there’s a slight muted quality to them. The shadows are heavy, the characters all have a very diverse look to them, and there’s a great use of yellow. 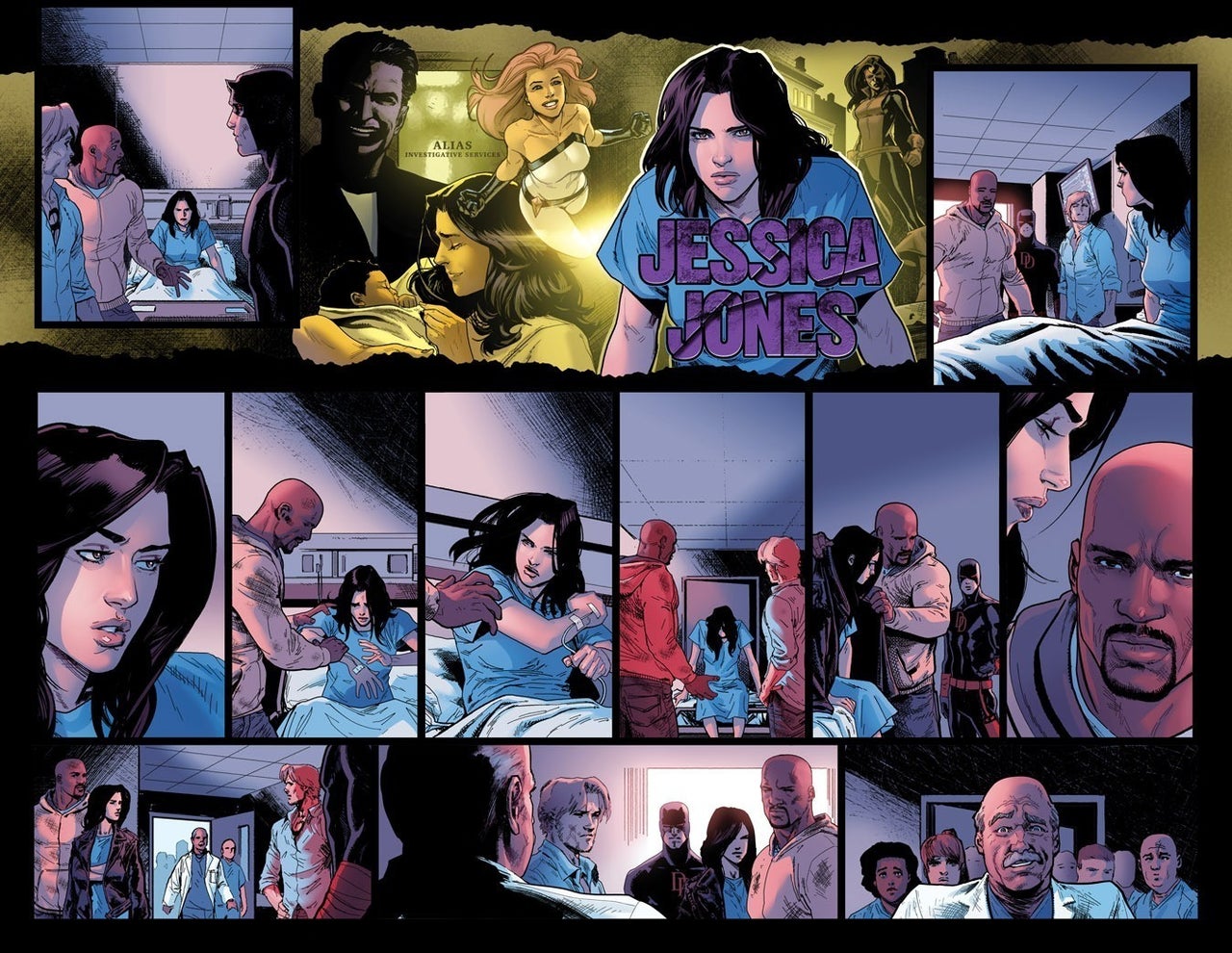 Great heroes need a great villain, and The Defenders needed a reason to team up. Diamondback gave them all one hell of a reason to team up. Get this, so after Daredevil, Luke Cage, and Iron Fist thwart one of Diamondback’s operations. Diamondback goes after them by trying to kill them all while they’re in their civilian identities. Now they have to go on the offense, and Luke Cage quickly realizes that Diamondback is not the same person he knew when from before. On one hand it probably would’ve been more marketable to use The Hand or Kingpin, but using Diamondback allows the readers to absorb a new take on a villain that hasn’t been used very often. He’s menacing, cruel, and powerful, and a great foe for The Defenders. What’s really interesting about this series is that it feels like these characters are somehow both meeting each other for the first time, but they’ve known each other forever. Part of this due to the fact that Daredevil has regained his secret identity, and nobody knows who he is anymore. This means we get to see them learn more about each other again, and reestablish these relationships. We also get to see them on their own at times too. So it’s not just them being on a team. We see how Daredevil solves a problem vs how Luke Cage solves one. We see how Iron Fist takes on Kingpin without throwing a punch vs Jessica Jones beating the crap out of a couple of goons. It’s great work on character dynamic. Cameos and Side Characters

The Marvel universe is a vast and intriguing world that deals with amazing characters, which is why it’s great to see them interact. It’s cool when Captain America meets up with Spider-Woman for a team up, but it’s also cool to see them just talk and hang out. The Defenders has a plethora of side characters that are unique in how the story effects them or vise versa. The Night Nurse, Ben Urich, and Black Cat all feel as if they have pivotal roles. But it also has a plethora of fantastic cameos from The Punisher to Kingpin to even Blade. It’s great to see that this comic is not afraid to be apart of the Marvel universe. 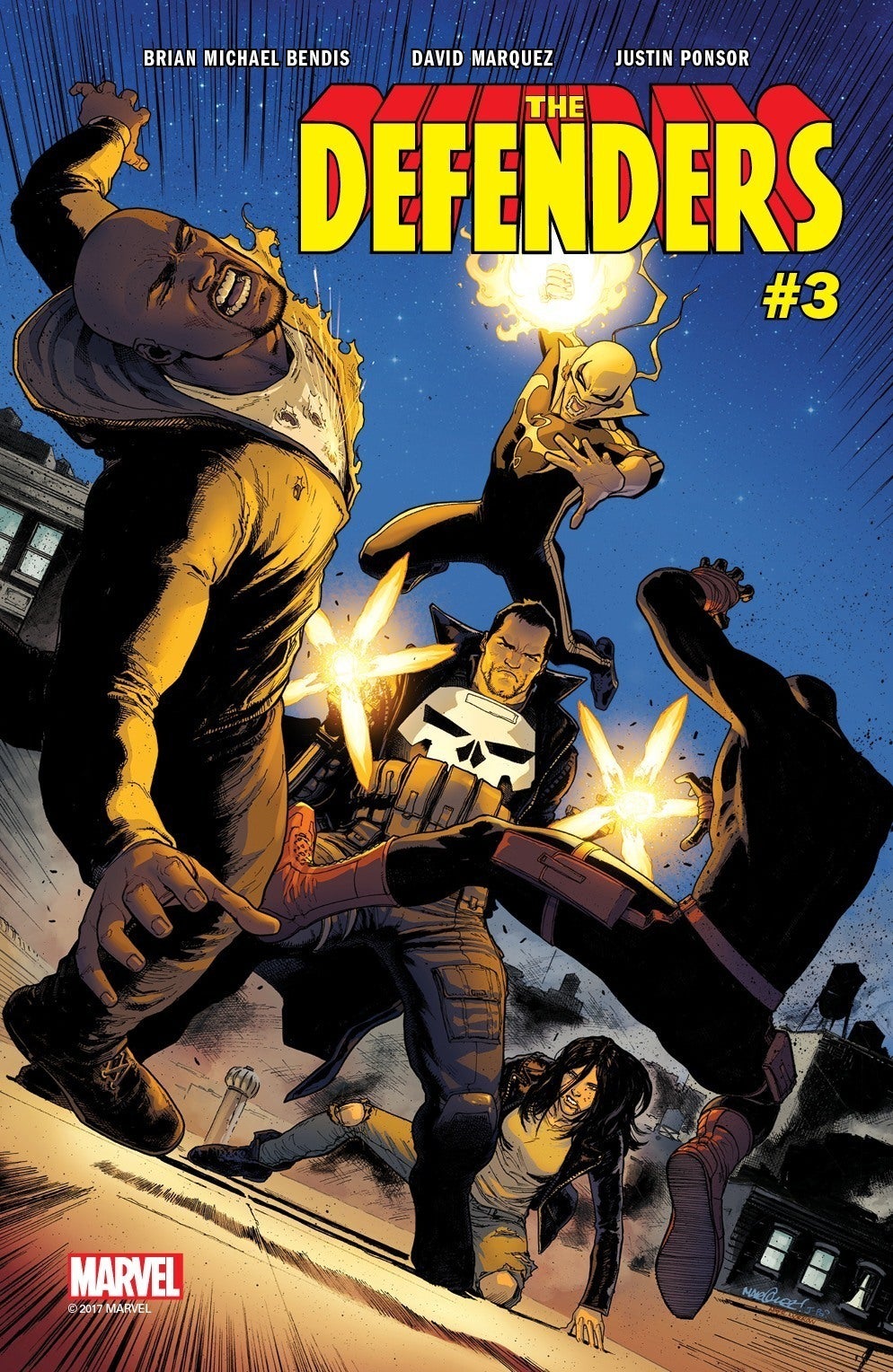 Brian Michael Bendis is one of Marvel’s most well known writers. He’s been at the company for a long time, and has written some fantastic stories. He created Jessica Jones, wrote one of the greatest Daredevil runs of all time, and has been pivotal in developing a lot of the most well known characters. Lately he’s been working on a lot more crossover events and cosmic Marvel storylines, he recently finished up a run on Guardians of the Galaxy. And while those stories have their fans, personally I’ve been wanting to see him go back to the streets and write characters like Daredevil and Jessica Jones again. He feels much more in his element here with these characters dealing with more human problems. Plus, it’s just awesome to see him right Jessica Jones and Luke Cage in the same book again. 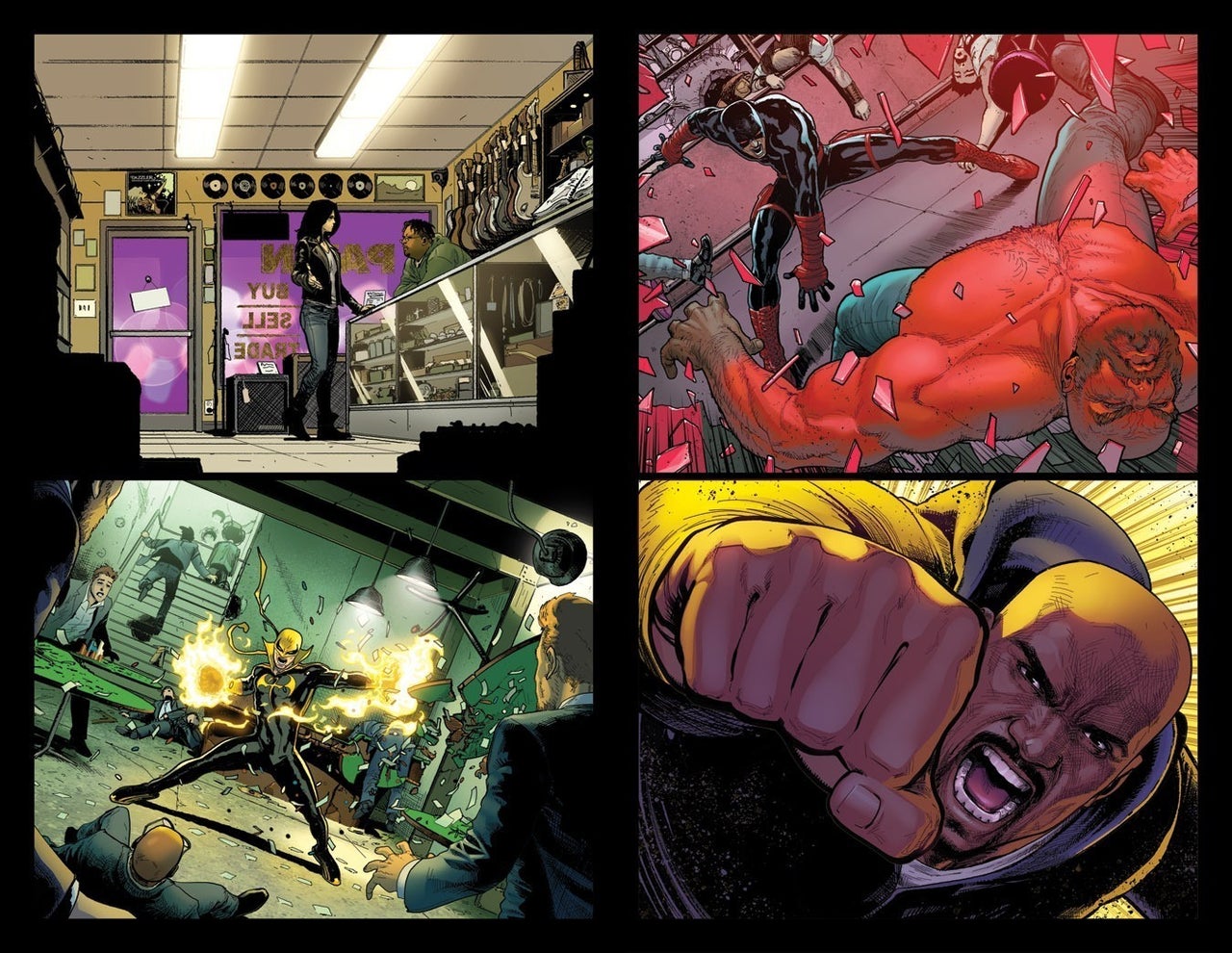 A Strong Sense of Community

In the third issue of The Defenders something (I won’t say what, because of spoilers) happens, and after that there’s a good four pages that are explaining the plot and history of Luke Cage and Diamondback. But what’s interesting is that the comic chooses to explain this story through multiple characters who live in New York. This expands the usual superhero storyline to create a strong sense of community that makes it feel like everything happening in this storyline effects everybody. To the people of New York, superheroes like Luke Cage are just like them. These heroes with magnificent powers and ridiculous lives are just apart of the community. And it feels like Marvel comics have been focusing so much on events and the large scale that they forget that some of their best stories came from a smaller scope. 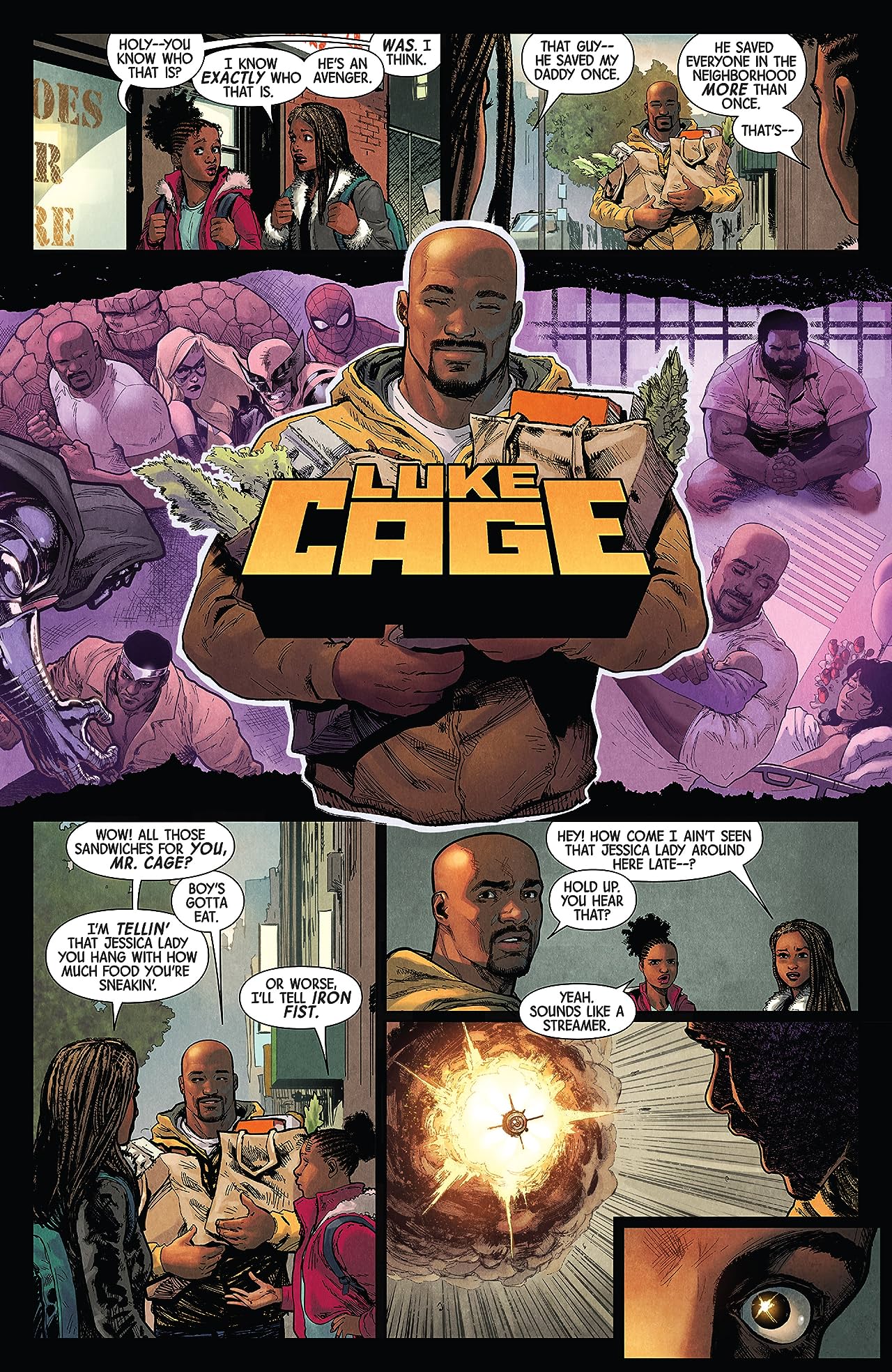 There’s a descriptor for both Marvel and DC that I’m not really a fan of: Marvel is full of humans trying to be gods, DC is full of gods trying to be humans. I find this to be very misleading, and a little inaccurate at times. But, I bring it up, because I feel that Marvel at its best isn’t about humans trying to be gods. It’s about humans who have been given an ability (sometimes at random and sometimes they’re destined), and they choose to use those abilities to help as many people they can. Not because they feel they have to, because that’s what superheroes do, but because they feel like that’s what good human beings do.

The Defenders comic understands that. Marvel built its institution off that philosophy. And hopefully the Netflix series will understand that too. Give the series a read. I think it’s the Marvel book you’ve been waiting for.