Amidst the boring politics, the light of the Young Justice family shines.

Young Justice is back! That’s what I would say if they weren’t scattered throughout Gemworld. Instead, we have been treated to flashbacks that explain what the heroes have been up to up to that point. While it’s great to get a picture of what character like Conner Kent has been up to, we practically learn nothing about the new characters in the bunch. Currently, most of the team has been captured by Dark Opal’s Forces. Bart, on the other hand, is with a new pacifist Conner, cornered by one of Opal’s commanders. Has Young Justice already fallen before it began its rebirth? 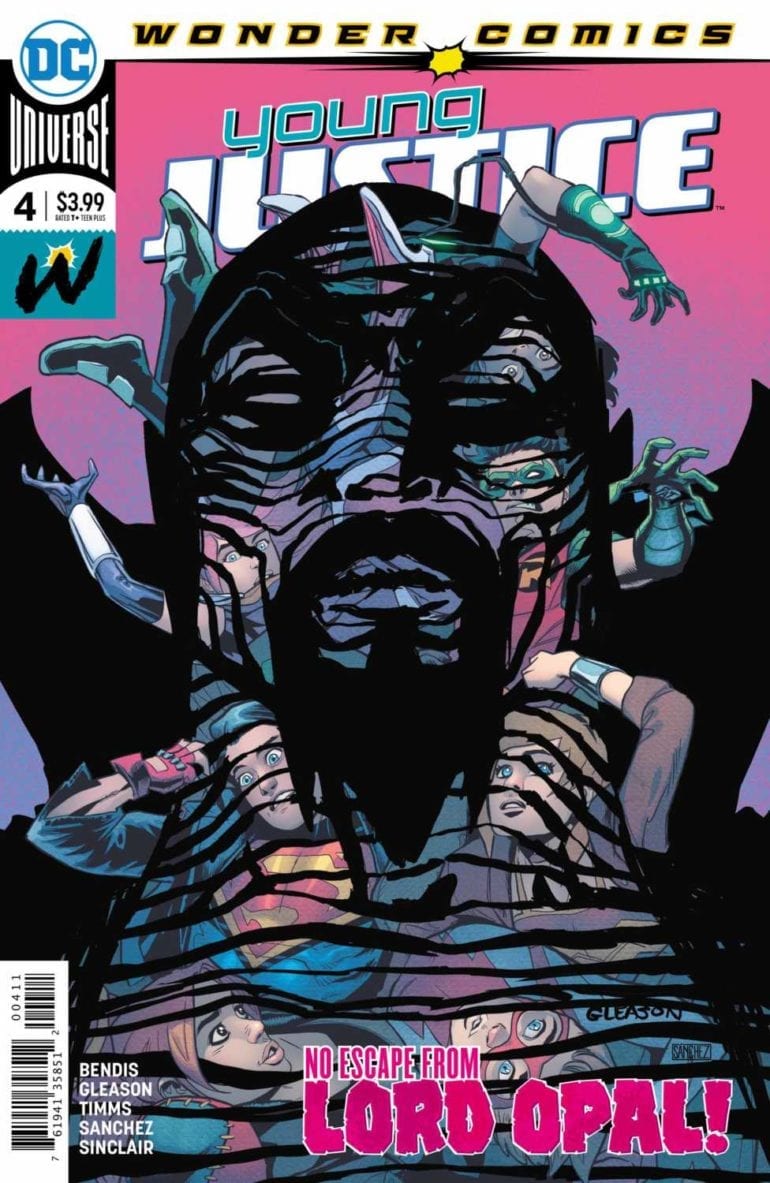 We get two stories in this issue; however, unlike the last two, we get to focus on the present nearly as much as the past. In flashbacks, we see Amethyst trying to convince the other leaders of Gemworld to take on Dark Opal. When they ask what they should do, she responds by doing whatever it takes. She is sent from the room, being labeled as too young and bold to make such decisions. Meanwhile, in the present, Conner is revealed to have not lost his fighting spirit and takes on Opal’s Forces. With the gem people defeated, he and Bart go off to find the others from Earth. 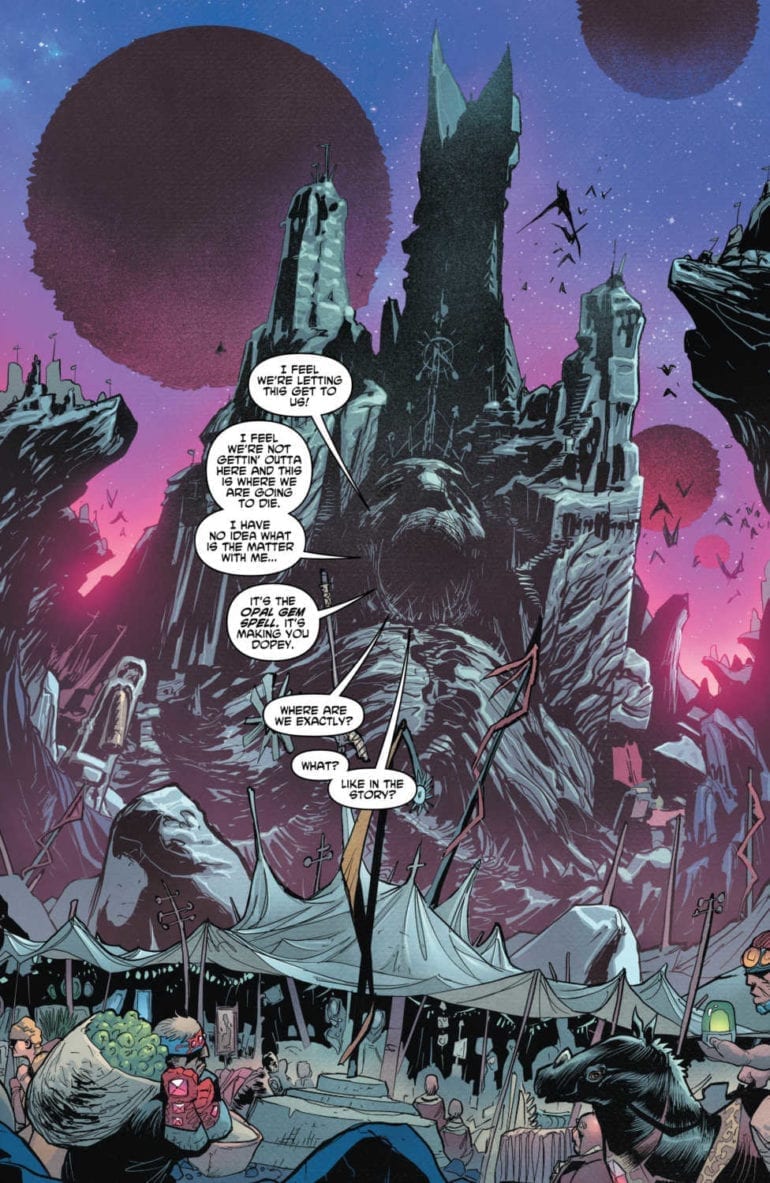 While the stuff in the present is short, I much prefer it over the flashbacks. The teens of Young Justice talk to each other as if they’re old friends trying to catch up. It makes the group feel more realistic, and their humor makes each part enjoyable.

However, that’s where the problem of the story is as well. There’s not enough of it to keep the overall issue interesting. The politics of Gemworld are rather dull and goes to show how the adults don’t trust the young princess. The last part of the flashbacks includes Amethyst finding Robin, meaning this might be the last issue of them. I genuinely hope that because, just like every other issue, they’ve grown dull. 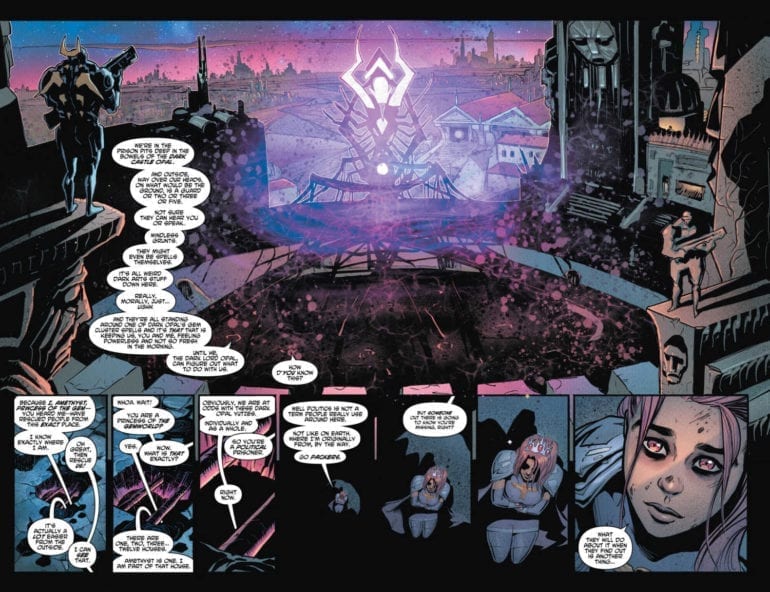 While the politics of Gemworld bore me, I can’t say the world doesn’t look cool. The world of Amethyst is imaginative, blending sci-fi and fantasy beautifully. The young heroes continue to look fantastic thanks to the art team’s attention to detail as well. If the comic continues to look as good as it does here, it might be enough to overlook the hiccups in the story.

While the road is still rocky, Young Justice is beginning to find its way. I like the team’s interactions with each other. I wish this series has had more of it, but with the team finally finding each other,  it’s apparent that it will fix itself soon. The art is pretty good as well; both colorful and imaginative which is perfect for the team. Unfortunately, the issue still has the problem of having a large chunk of it being boring flashbacks. I see the potential for this book; it just has to shake off its big problems in storytelling.

Review: YOUNG JUSTICE #4 Struggles With FlashbacksWhile the problem with the storytelling remains, the characters' interactions with one another give hope to the series.