Review: WILD STRAWBERRIES AT THE WORLD’S END is a Great Pick

At a recent NYCC panel, horror comics legend Joe Hill spoke on the need for empathy in horror. If you don’t relate to the characters, he said, you won’t feel the fear that they do. A great example of this concept done right in independent comics is Bruce Kim and Katia Vecchio’s upcoming comic Wild Strawberries at the World’s End. You can read our review of the book below, and pick up your own copy Wednesday, November 6th.

Wild Strawberries at the World’s End is a supernatural murder mystery set on the backdrop of a South Korean town in the late 1990s. When his childhood friend Ji-Ah is found dead, protagonist Te-Su must return to his hometown and, in doing so, the heartbreaking and horrifying past he left there. Te-Su begins to have suspicions that Ji-Ah’s death is not the suicide that the cops believe it to be, along with nightmares of masked cults and grotesque, evil entities. To make matters worse, Ji-Ah seems to have left something in his hometown for him to find, and those nightmares apparently don’t want to stay in his head.

Writer Bruce Kim weaves a resonant, unnerving  in his foray into indie horror comics. Wild Strawberries at the World’s End is paced beautifully, with high strung tension even in the quieter moments of the plot. His characters are rich but not overly expositional, allowing the reader to focus on who they are in the moment rather than just hammering home what they’re pasts have been. That’s very impressive in a story that relies so heavily on flashbacks, but Kim handles it extraordinarily well. His less-is-more philosophy of crafting a story keeps the reader engaged as much as it keeps the events a mystery. 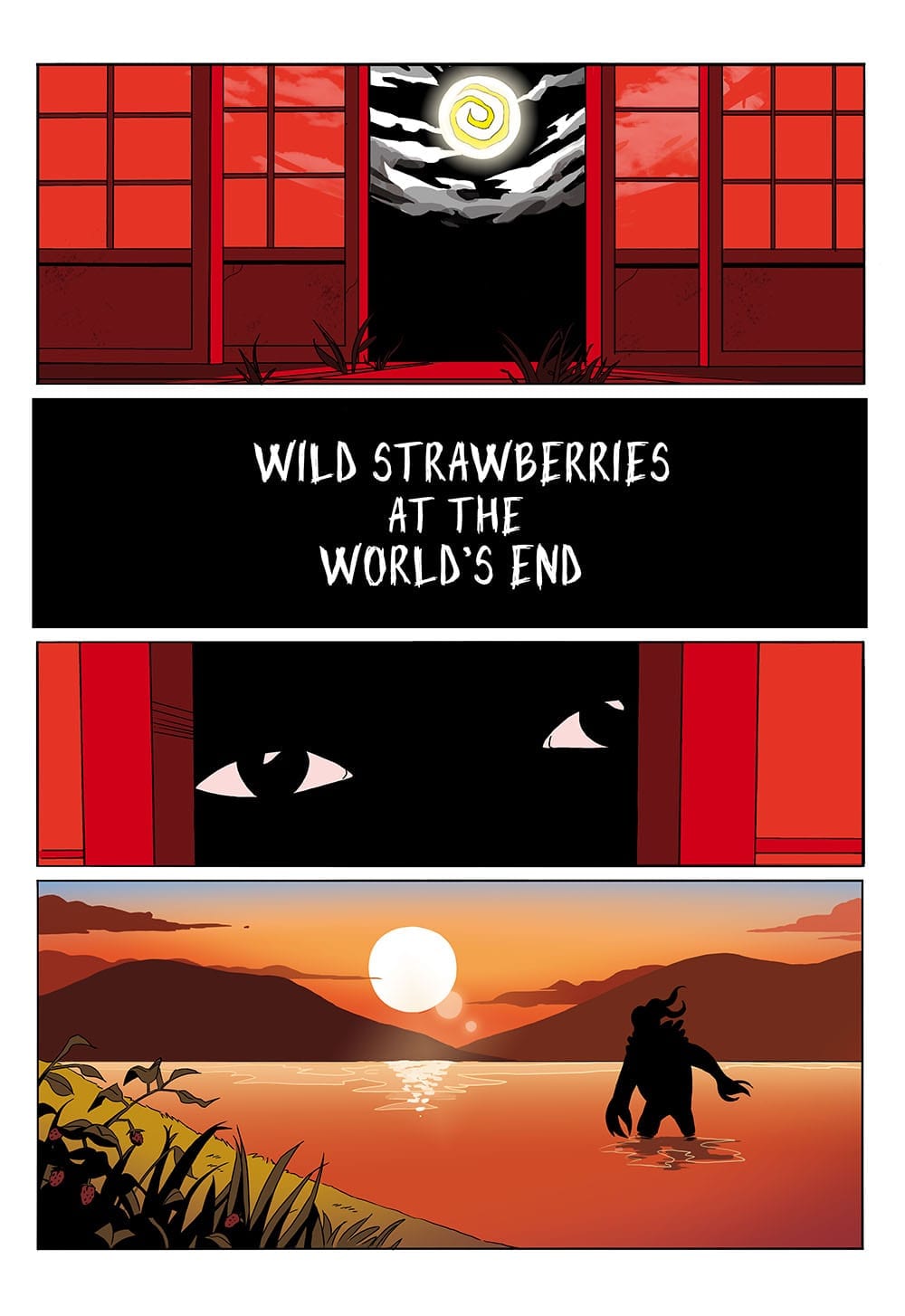 Actually, it’s in that mystery that Wild Strawberries at the World’s End keeps both its many strengths and few weaknesses. On the one hand, Kim’s tendency toward not answer questions is rewarding. There’s a horror beyond human perception going on in these pages, and his light narrative touch allows the reader to fill in the open spaces with whatever’s most nightmarish to them. At the same time, there are some points of this story with which it was a little difficult to track. Occasionally a character will make a choice that seems out of the blue, even though another read-through will reveal their motives. Actually, we recommend that you don’t stop your Wild Strawberries at the World’s End experience with one read-through. Not only will it sure up some of the unexplained elements of the plot, you’ll get to see even more mysterious things left out on purpose, heightening the story’s mystic and haunting nature. 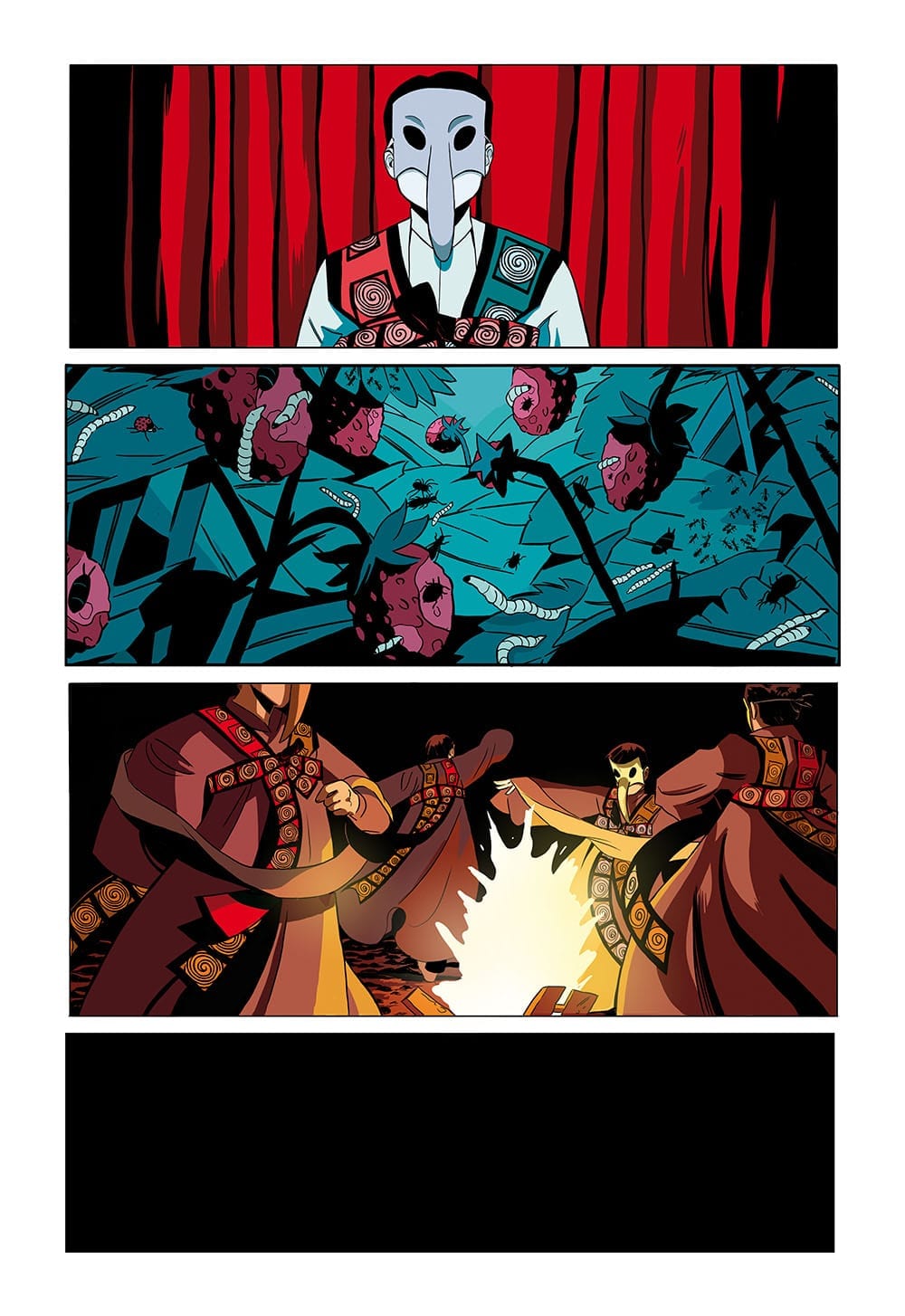 Still, that first read-through will demand your appreciation of this comic, and a lot of that comes from the fantastic imagery by Katia Vecchio. Vecchio handles everything you see on the pages of Wild Strawberries at the World’s End, from the pencils to the coloring to the lettering, and she absolutely kicks ass doing so. Vecchio knows, in the words of Neil Gaiman, “when to shout and when to whisper,” oscillating between quiet village scenes and striking cult-horror imagery. Wild Strawberries at the World’s End is a Night Gallery of spooky sights, and the plotting of the panels will have genuine chills running down your back when you see them. 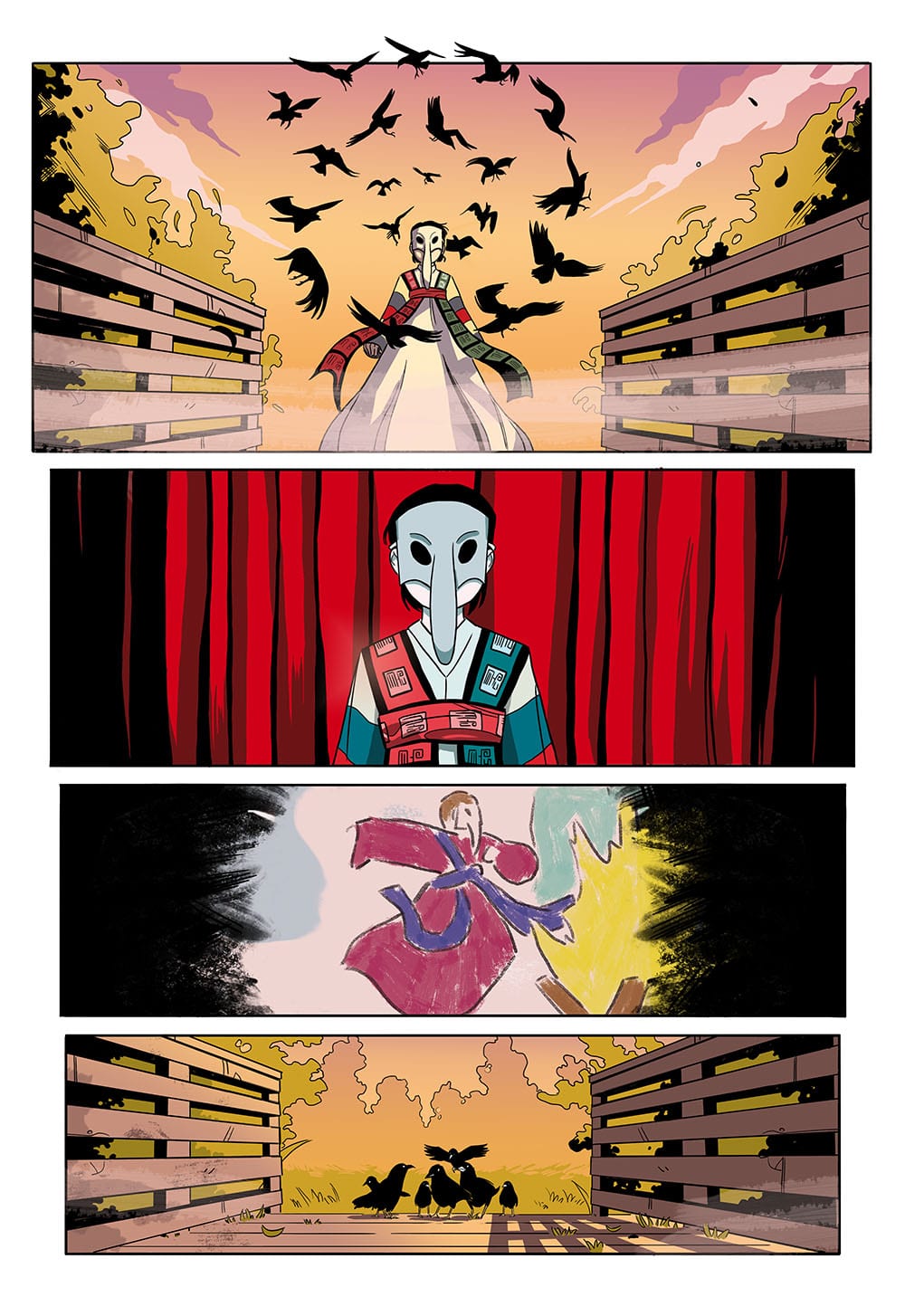 Occasionally, Vecchio’s coloring gets a little distracting, mainly in the shadowy first moments of the book. But by the time Character gets back to his hometown, this issue’s completely resolved. And even if this minor hiccup is something you notice, Vecchio’s living pencils and smooth, well-places lettering makes up for it more than enough. Vecchio’s overall designs on this book make it well worth the cover price, contributing to the haunting vibe at its core. If Kim’s writing has you understanding the cosmic questions in this book, it’s Vecchio’s art that will have you begging for answers. 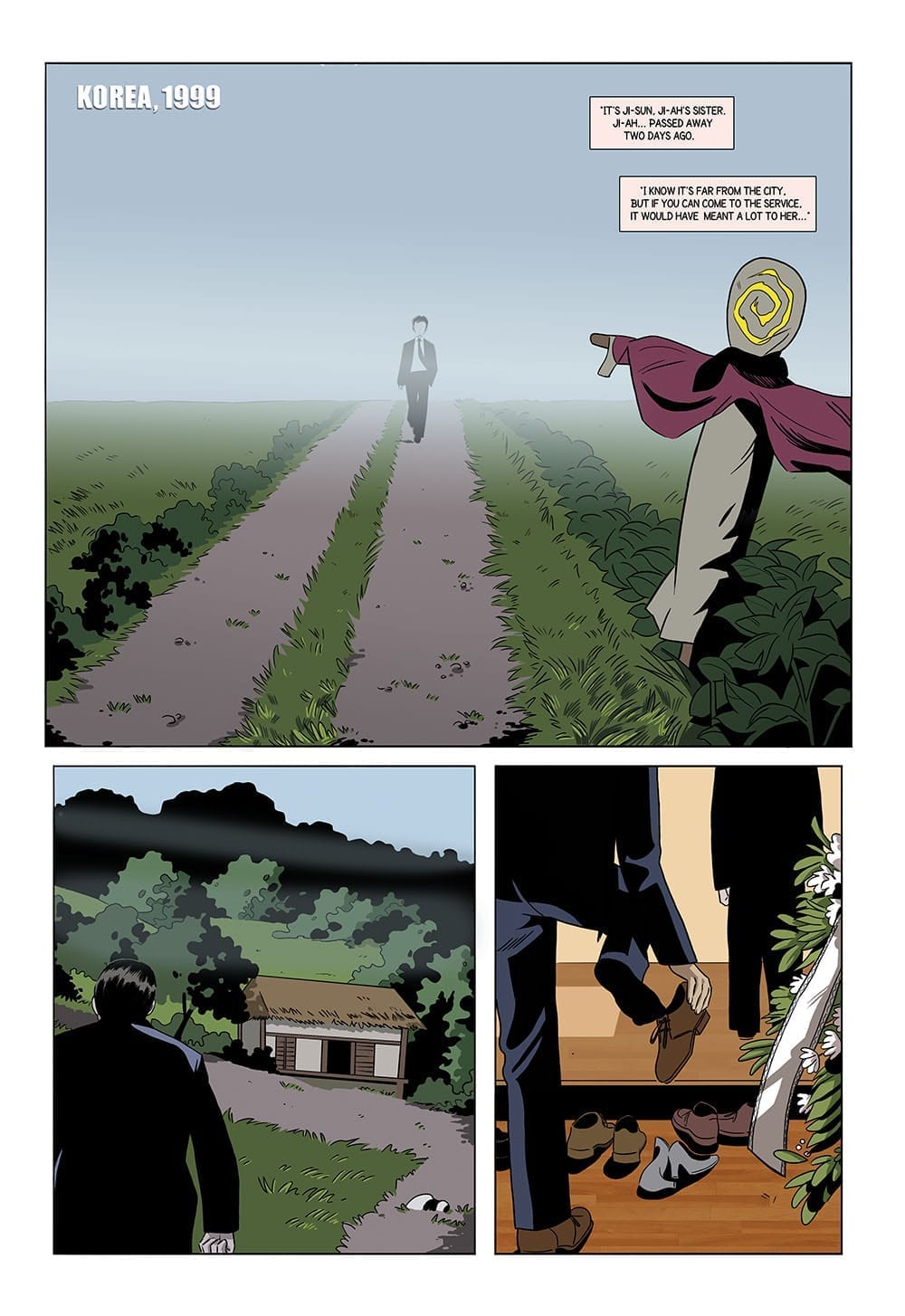 Wild Strawberries at the World’s End is indie horror at its most personal. For as otherworldly and unfathomable as the supernatural elements are, the story is a deeply human one, built on the universal emotions of regret, fear, and loss. There are a myriad of reasons to support this indie book (not least of which is the sparkling potential in the creators’ talent), but the only reason you need to pick it up is this: Wild Strawberries at the World’s End will resonate with you. And as Joe Hill would tell you, that’s exactly what makes it great horror.