What Does LEGION OF SUPERHEROES #1 Mean For Rebirth?

With Brian Michael Bendis’ Legion of Superheroes #1 finally hitting the shelves this week, many of us are wondering: What does this mean for DC’s big plans and Rebirth?

Of course, with many writers playing their cards close to the chest, and the finale to Doomsday Clock still on its way, we can only guess as to what the plan may be, but let’s have a refresher on what’s happened so far. We are going to do dive into Doomsday Clock, DC Universe: Rebirth, and some of Bendis’ Superman, so beware of some spoilers.

In DC Universe: Rebirth, we followed Wally West’s return to mainstream continuity. He gets pulled back to the land of the living by Barry Allen and tells us that someone has been messing with the timeline. The heavy implications are that Dr. Manhattan is the puppeteer pulling the strings. But Wally isn’t the only one who shouldn’t exist. Imra is seen, wearing her Legion flight ring and all, waiting to talk to Superman. The next time we see her in Batman/Flash: The Button, she is locked away in Arkham Asylum, as clearly her belief that there is another forgotten version of the world has been dismissed as delusion. 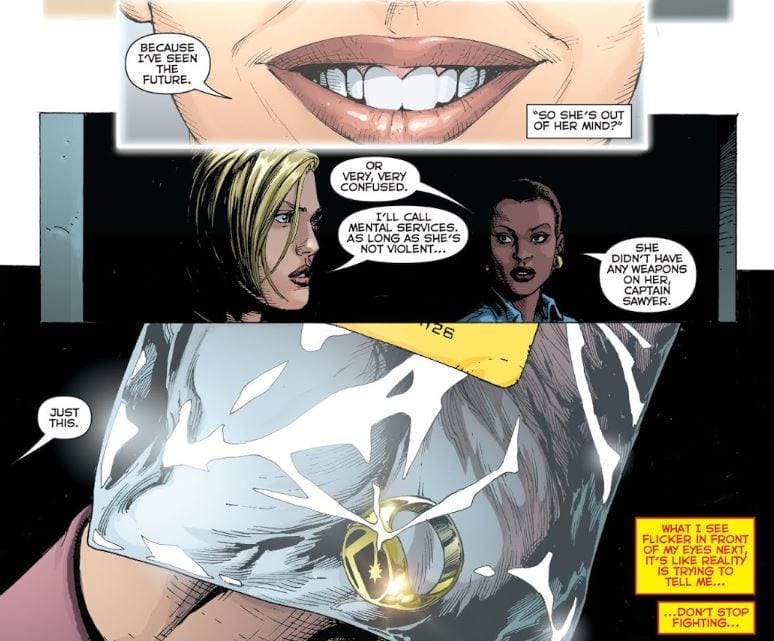 Fact #2: Imra and Johnny Thunder make their way onto the pages of Doomsday Clock.

Johnny Thunder, possessor of the Thunderbolt imp from the days of the Justice Society, is another character who has been dismissed as crazy for what he remembers. Escaping his old folks’ home, he later runs into Imra who has escaped from Arkham. They come face-to-face with Ozymandias, on his own quest to find our puppeteer, Dr. Manhattan. He locks them away again as they represent Manhattan’s meddling.

In Doomsday Clock #11, Ozymandias says: “I would theorize that you’re no longer a part of this timeline, you just didn’t realize it,” and with that Imra disappears but her Legion flight ring is left behind. Unless something is done with Imra’s flight ring in the final issue, it seems her role in Doomsday Clock may just have been as a red herring. 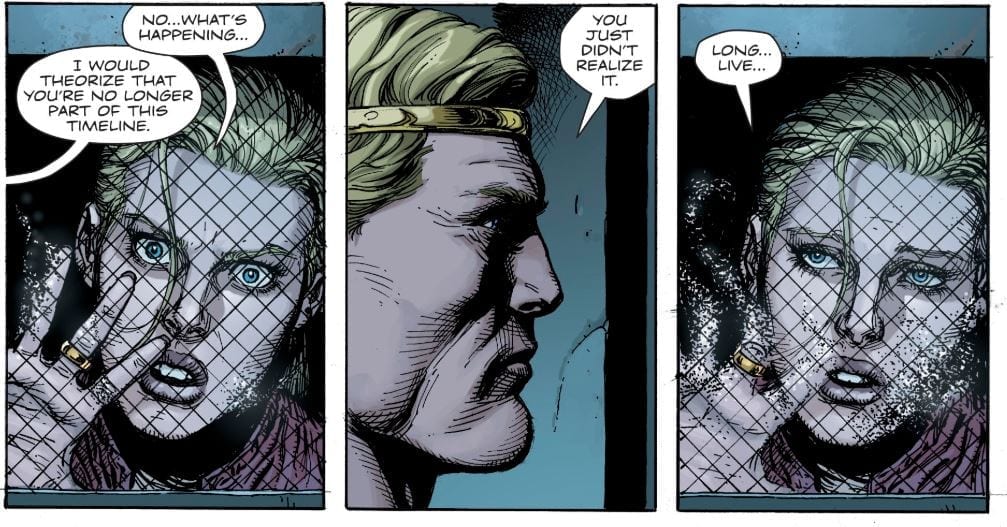 Fact #4: Imra reappears, but she’s not the same Imra.

Finally, we come to Bendis’ run on Superman and to Legion of Superheroes #1. Imra is one of many Legion members who comes to welcome Superboy to the team, but she is not the same Imra as before and it is not the same team that we have known in the past. It seems that Bendis is taking the storyline in a bold new direction. We have new members on the team, a new base of operations and new versions of characters we thought we knew. 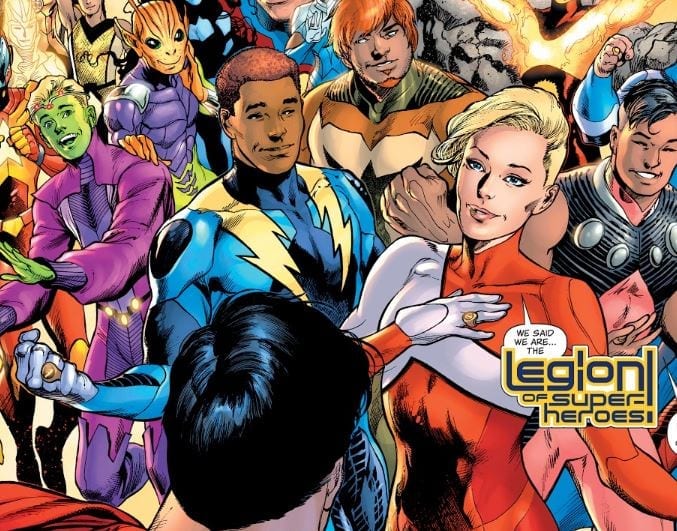 This begs the question: is Doomsday Clock going to be considered canon, or has it now become its own thing, since the rest of the DC Universe seems to be moving in a different direction? It would seem the Geoff Johns wouldn’t have bothered writing about Imra evaporating if he didn’t have continuity in mind. But does that just mean that the idea of “forgotten timelines” is over and that we’re going to be getting new versions of these forgotten characters?

Hopefully Doomsday Clock #12 provides some answers. Perhaps Doctor Manhattan has one last rewrite up his sleeve that will explain the new Legion.

Ultimately, it seems as though some of the original ideas for Doomsday Clock and the Rebirth storyline have been scrapped, while the spirit of what they were planning on doing remains intact. We don’t seem to be getting back the original, forgotten characters from the Legion of Superheroes, but a set of new versions that are now part of this Rebirth Universe. DC’s history and continuity is one of its most attractive qualities as a comic book universe. Will reintroducing old characters succeed in the way they hope, or is it the rich history and rapport between characters we miss as much as we missed the characters themselves?