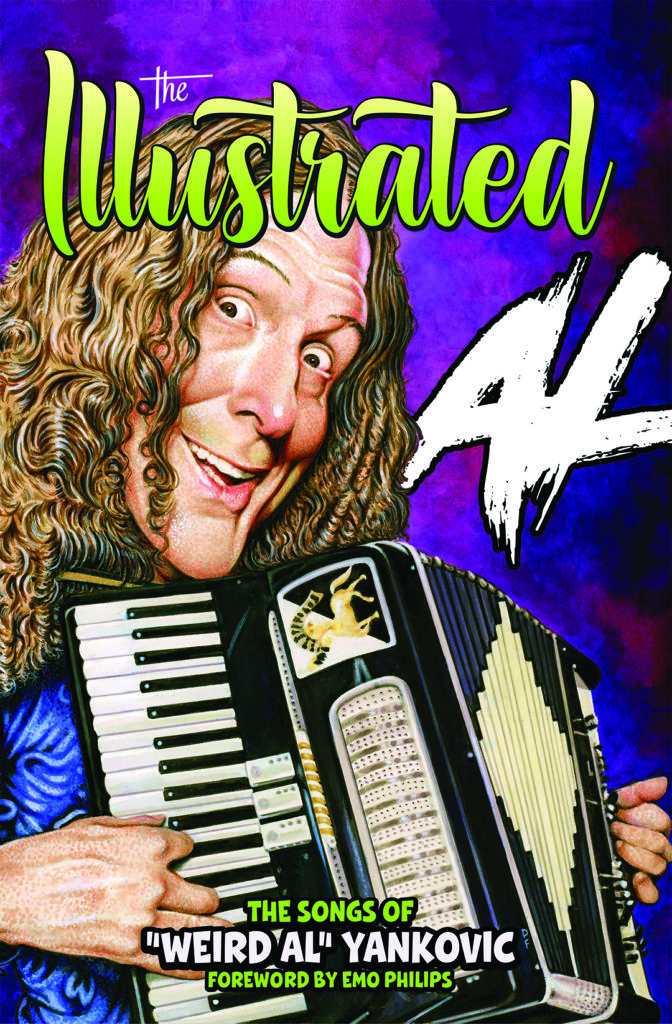 “It’s such an incredible honor to see my song lyrics brought to life by some of my all-time favorite cartoonists and illustrators,” Yankovic says. “I’ve actually been playing the long game—the only reason I spent four decades in the music business is so that one day I could have my very own graphic novel.”

“Weird Al” Yankovic is the biggest-selling comedy recording artist of all time. A five-time Grammy winner, his 2014 release Mandatory Fun was the first comedy album in history to debut at #1 on Billboard’s Top 200. He is one of only three artists to have had their own Top 40 hits in each of the last four decades. On August 27, 2018, the Hollywood Chamber of Commerce awarded Weird Al with a star on the Hollywood Walk of Fame. The upcoming Roku Original film, WEIRD: The Al Yankovic Story, promises to reveal every facet of Al’s life, “from his meteoric rise to fame to his torrid celebrity love affairs.”   Daniel Radcliffe is portraying Al in the titular role. 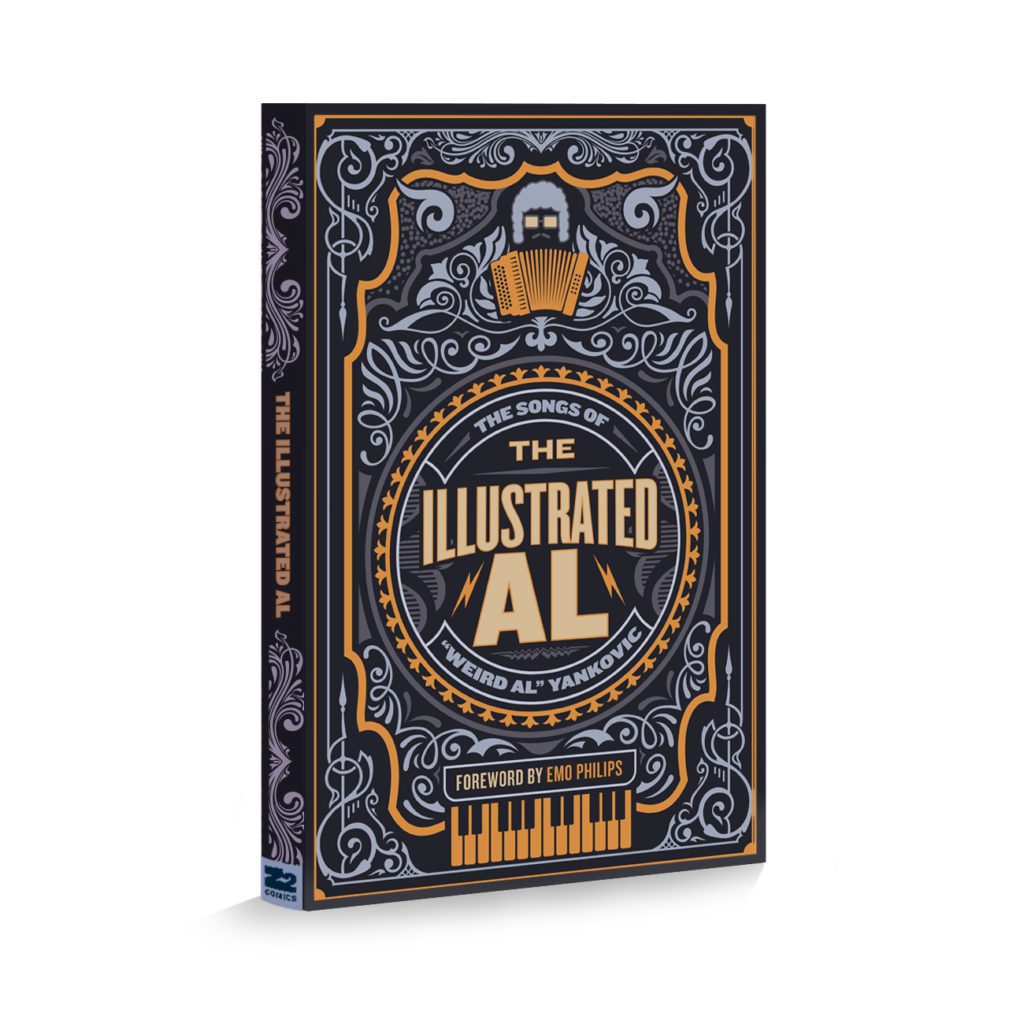 “I don’t remember a time in my life before ‘Weird Al’ Yankovic and, frankly, I don’t want to. His music, lyrics, artistry, and humor have been a constant influence in my career,” project editor and Z2 Comics Chief Business Officer Josh Bernstein continues. “Having Z2 assemble this all-star roster of the greatest living cartoonists to collaborate with Weird Al has been a dream come true. I hope both new and long-time Al-fanatics appreciate the love, care, and insane art that is going into this project. As always, we dare to be stupid.” 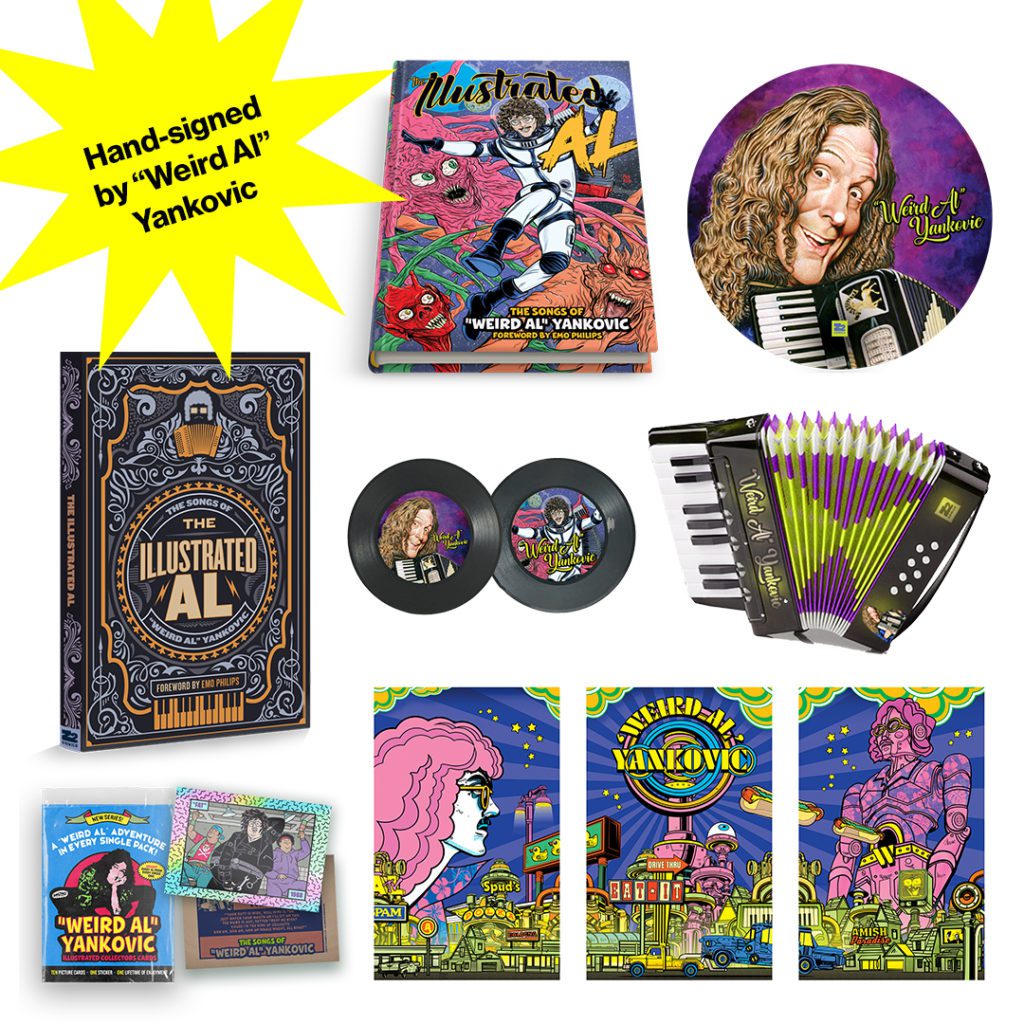