House of Whispers #10 hits your local comic book shop on June 12, but thanks to DC Comics and Vertigo, Monkeys Fighting Robots has an exclusive six-page preview for you.

The book is written by Nalo Hopkinson and Dan Watters, with art by Dominike “Domo” Stanton and Nelson Blake II, John Rauch worked his color magic, and the cover is by Sean Andrew Murray.

About the comic:
Erzulie and her two sister-selves face off against the god of stories himself, Ananse, in a storytelling battle for the ages! If Erzulie wins, her husband becomes untangled from her houseboat; if Ananse wins, a prize most delectable comes his way. Meanwhile, the souls of the undeceased return to their bodies, and with them the guilt and pain of the memories of what they did during their soulless time.

House of Whispers is part of the SANDMAN UNIVERSE series of books, which launched back in August of 2018. The line revolves around the world of Neil Gaiman’s Sandman, with Gaiman himself overseeing and curating the comics.

Check out the six-page preview of HOUSE OF WHISPERS #10: 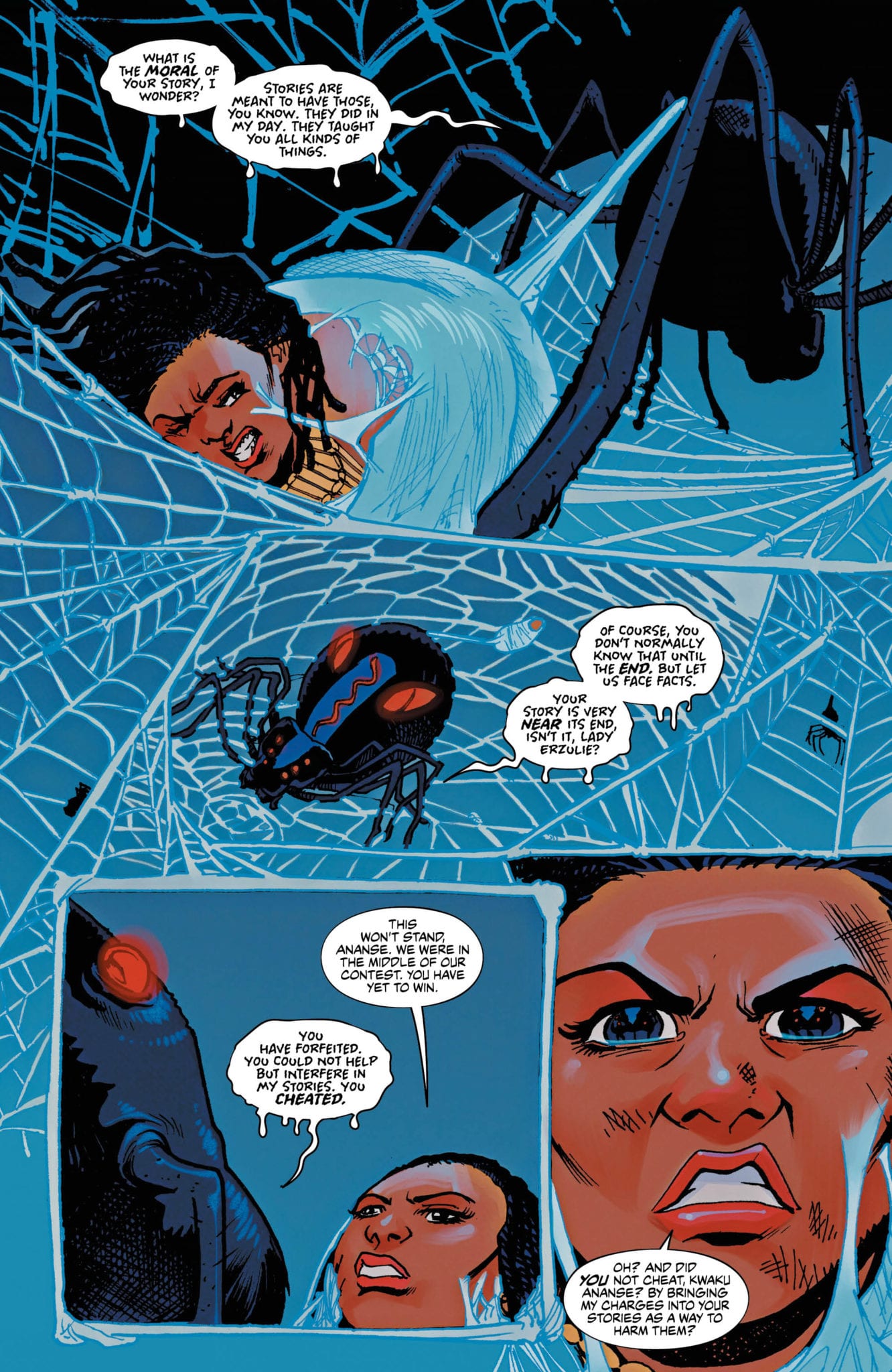 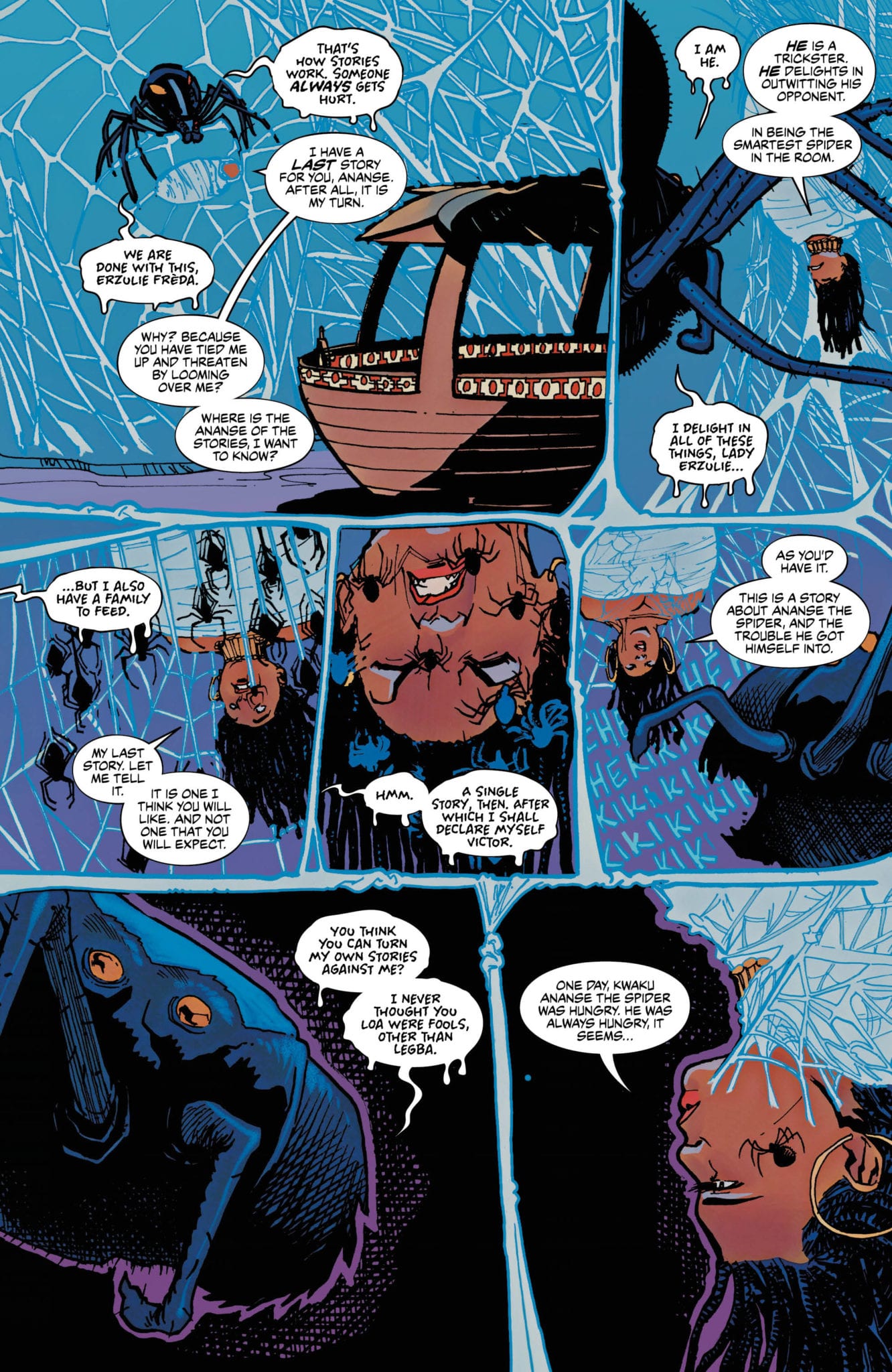 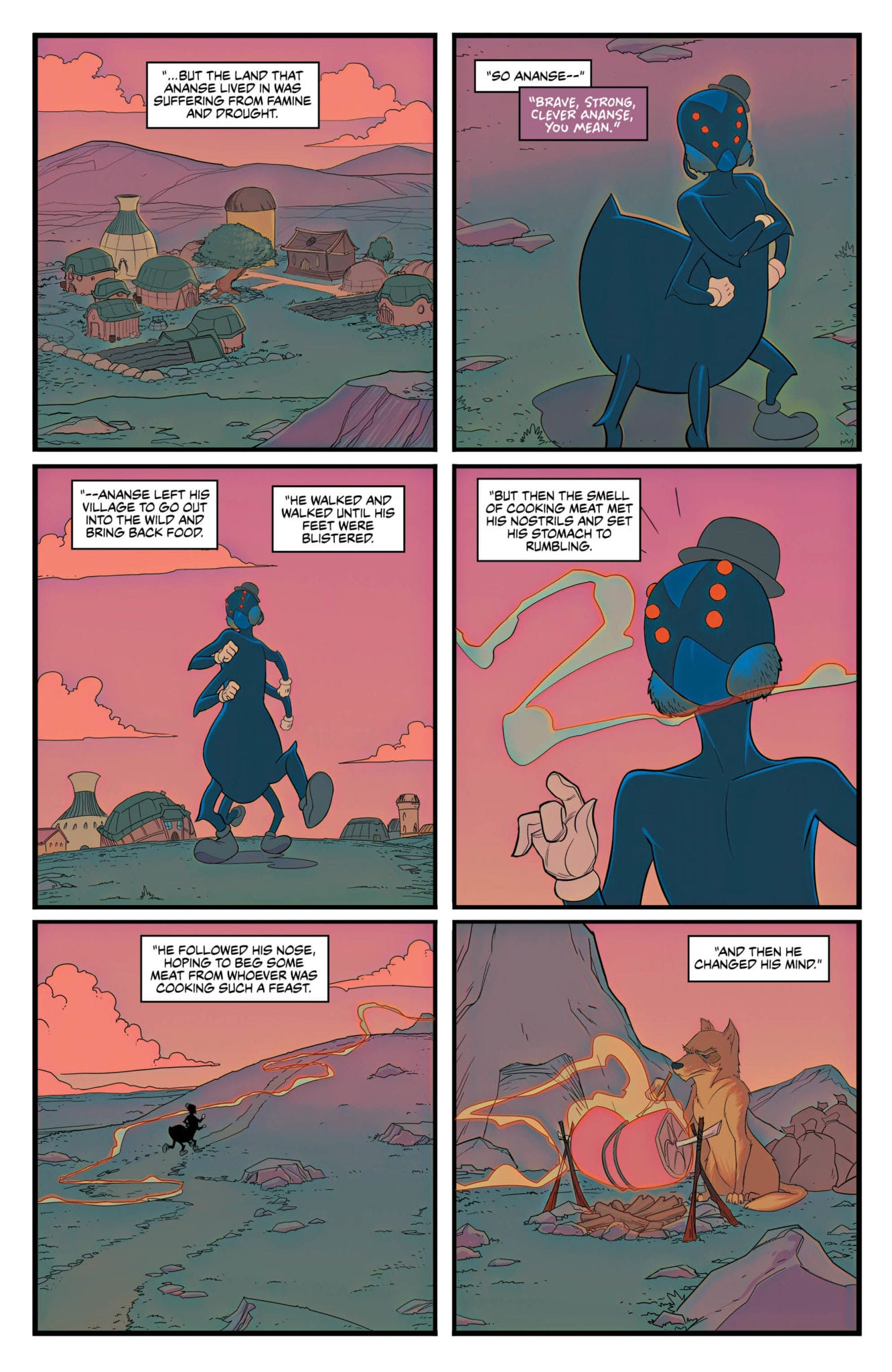 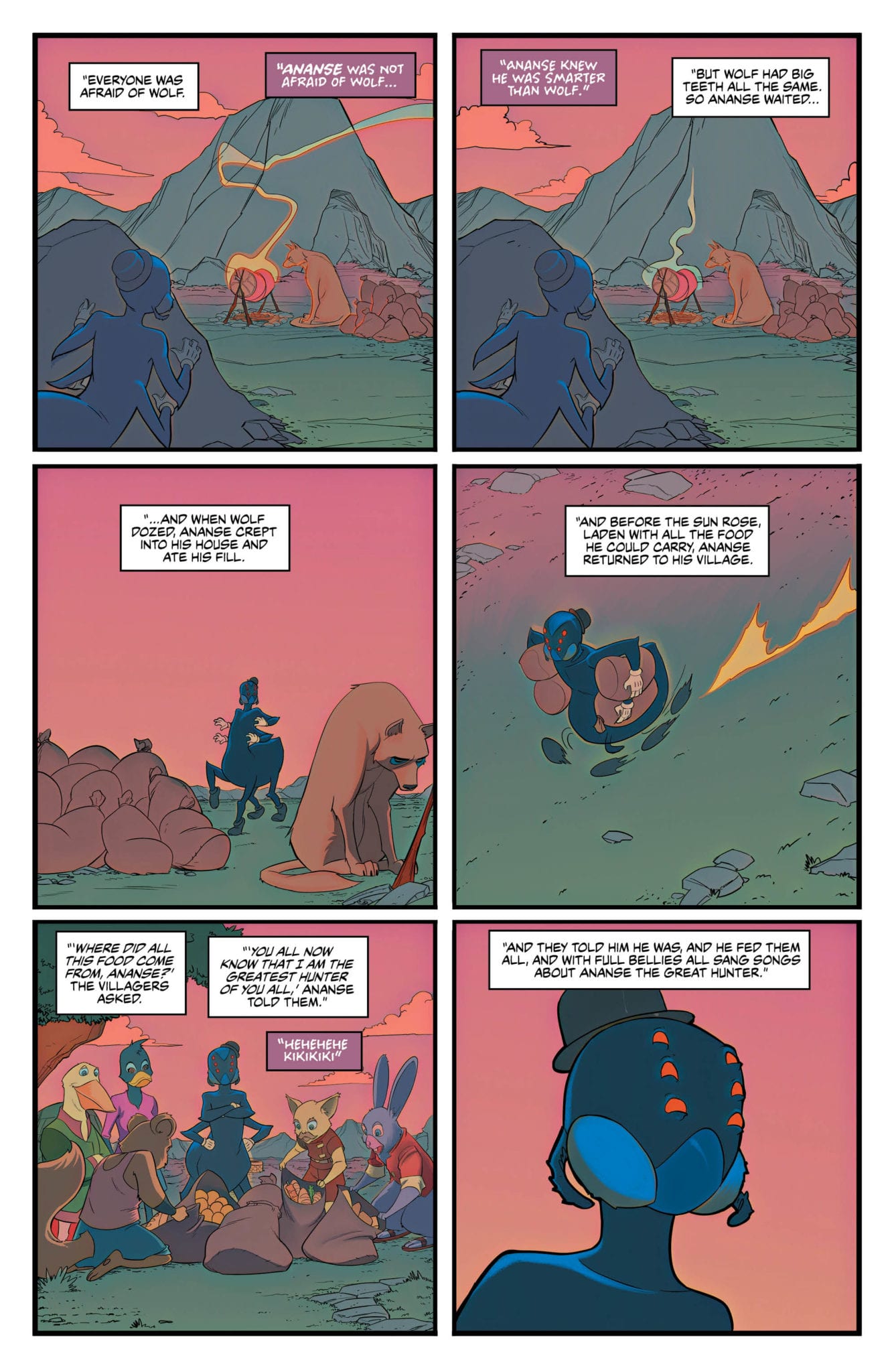 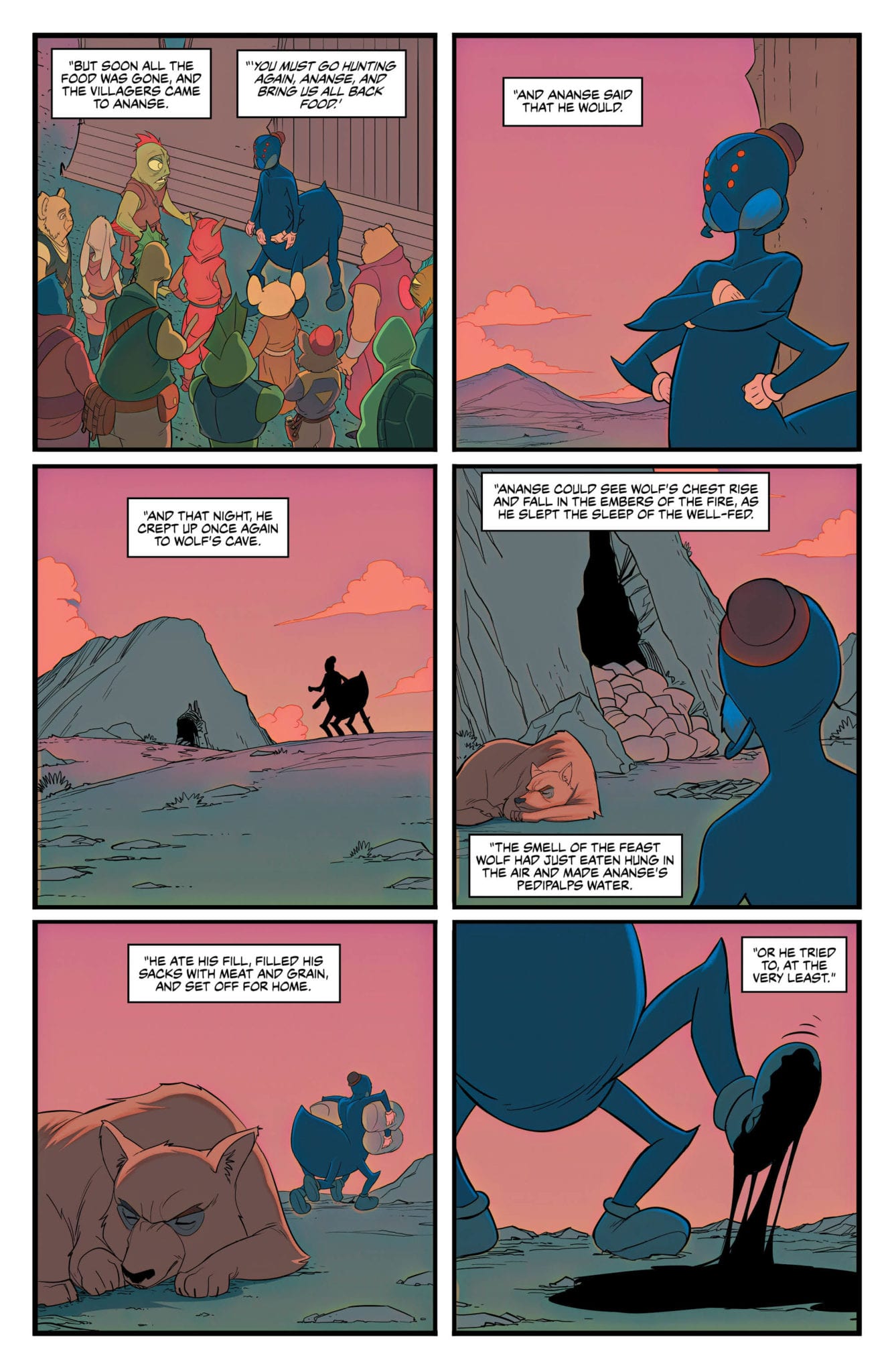 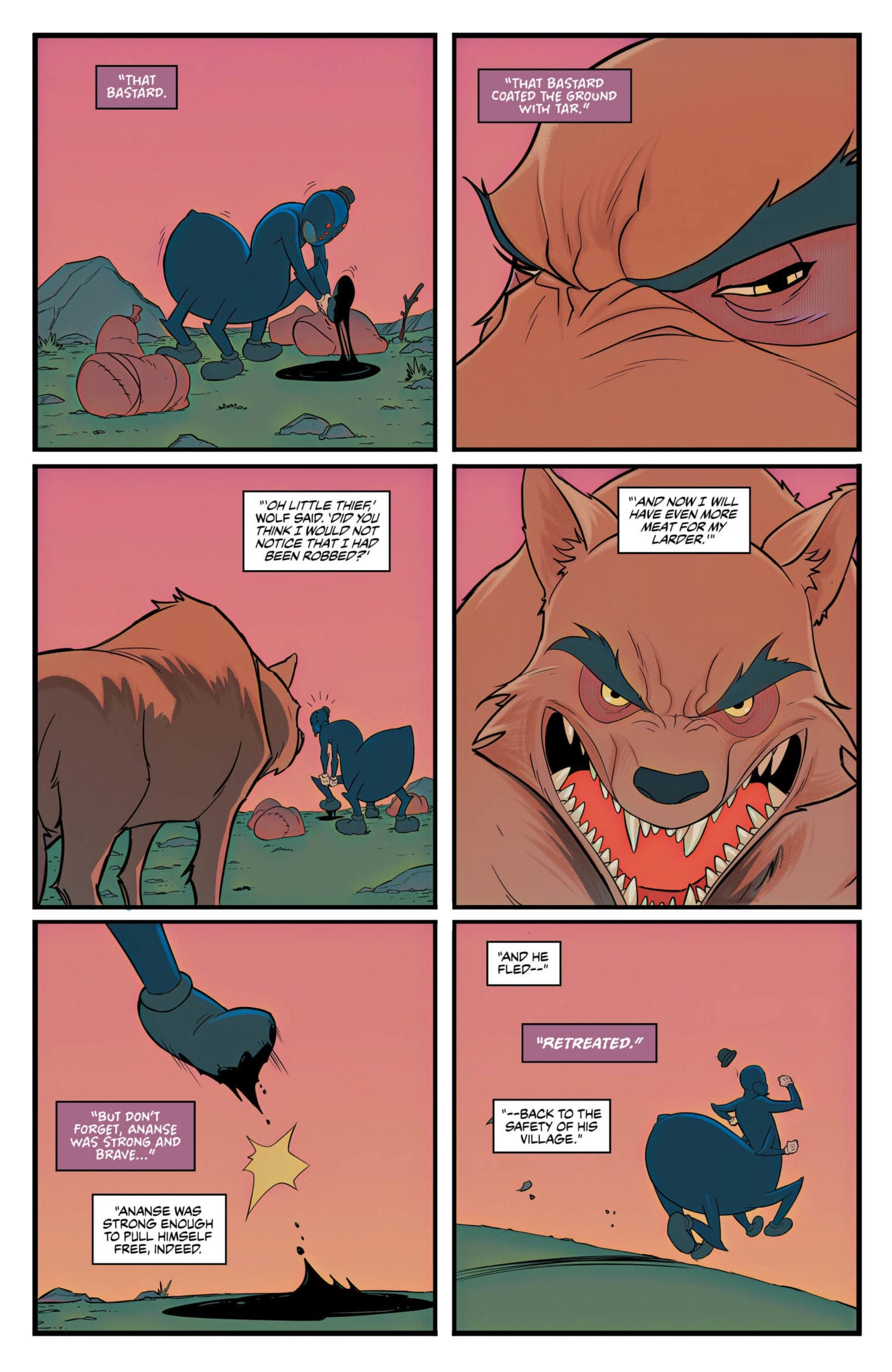 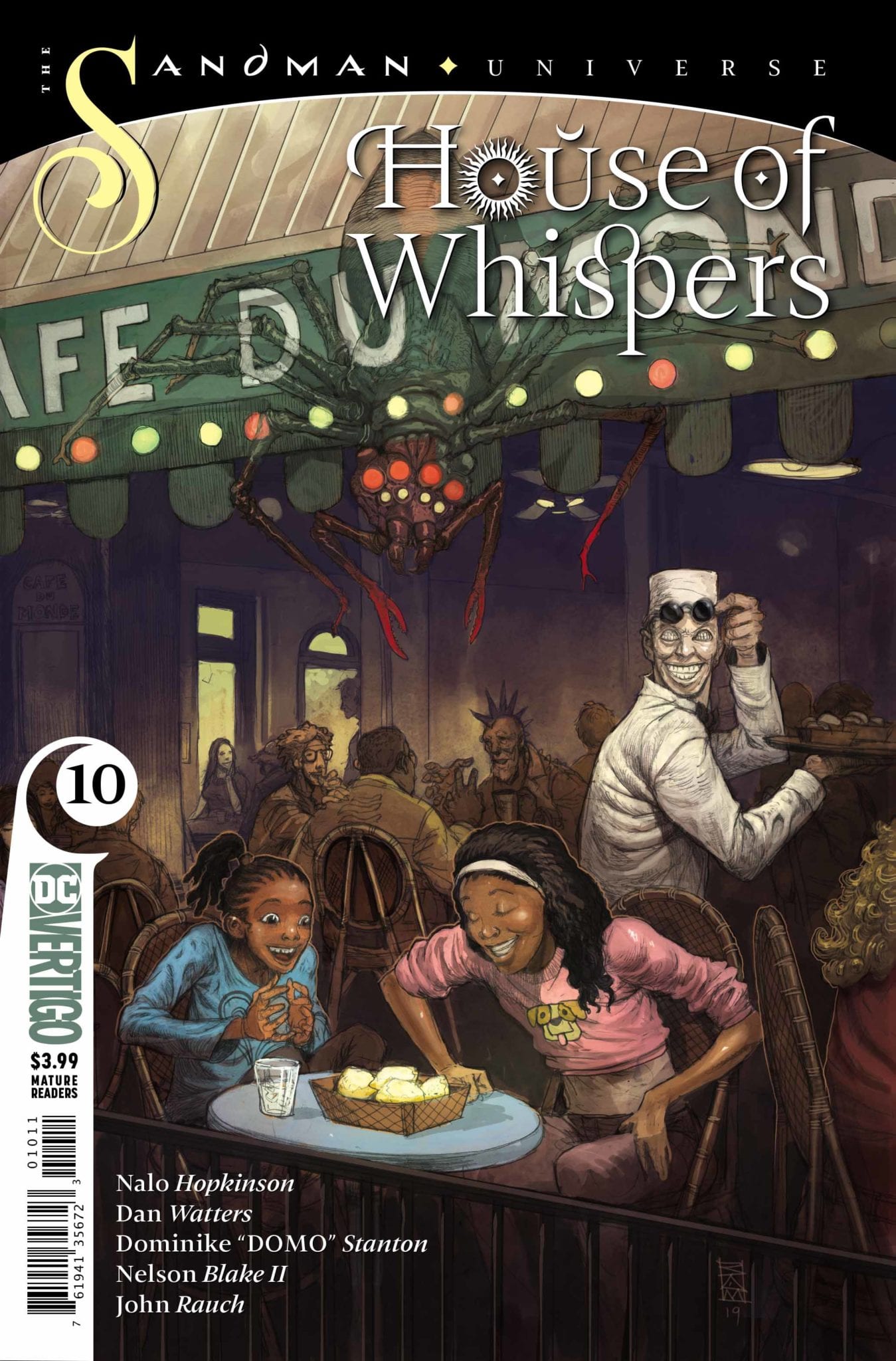 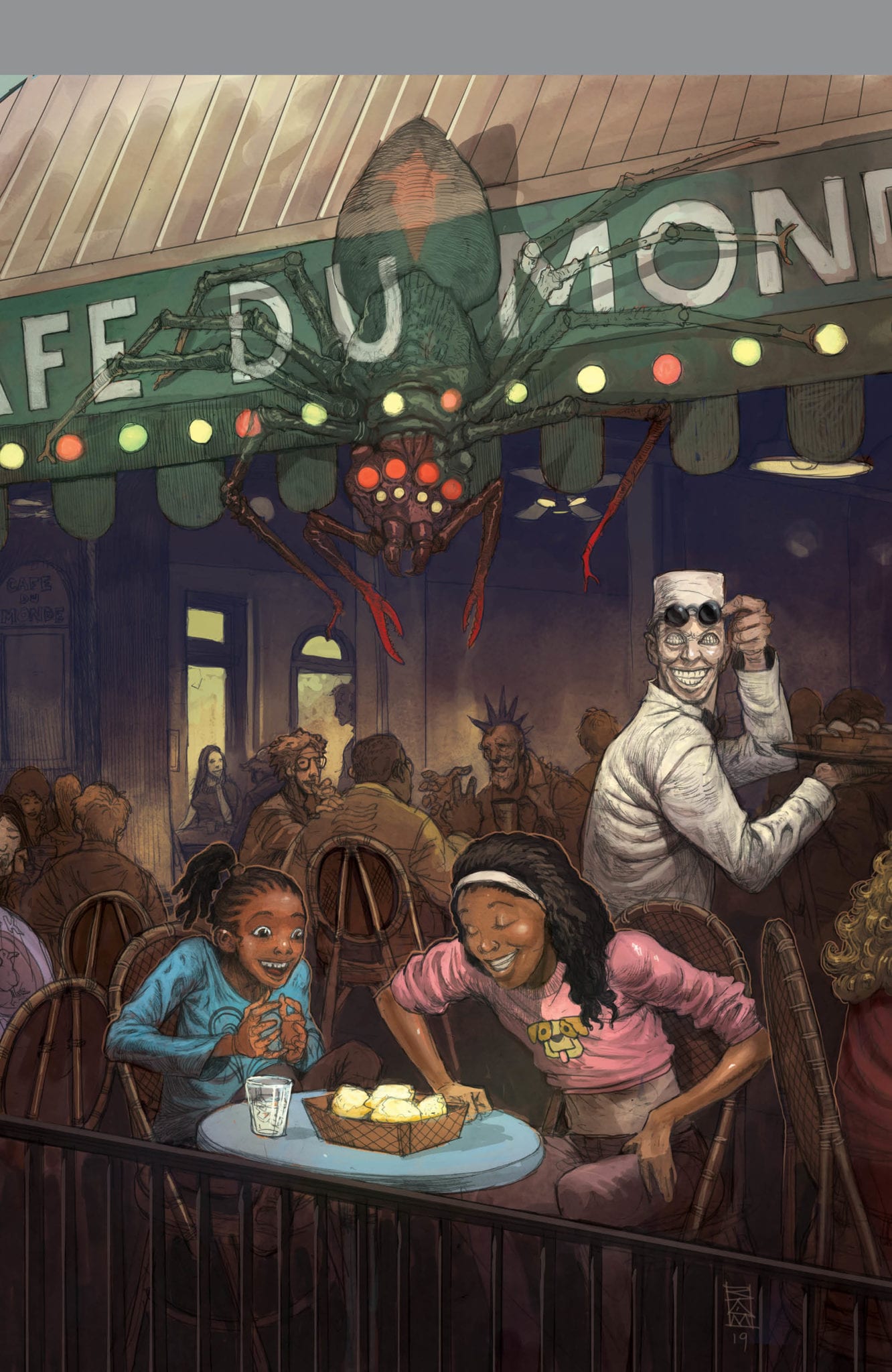