Last weekend WWE’s biggest event of the year, Wrestlemania, entered the history books and brought big moments, big matches and everything else that goes along with the flagship show. This year NXT also staged their big event on the Friday, Takeover: Dallas, to go along with the main roster’s show. While Takeover: Dallas was met with near universal praise, the same couldn’t be said for Wrestlemania 32 which received a distinctly mixed reaction when all was said and done. Inevitably for a show that clocked in at four hours, the show had its positives and negatives with everyone having a different opinion.

After watching both shows as they aired, I wanted to focus on the positives of WWE’s offering for the biggest weekend of the year for pro wrestling. While there was no shortage of highlights, I’ve picked my top five to rise to the top.

This match was always going to have a tough time meeting the hype, with the combination of being Nakamura’s WWE debut, Zayn’s likely NXT swansong and the sheer fact that two of wrestling’s best were getting in the ring together at a big show. Fortunately not only did they meet the hype head on, they far surpassed it delivering not only the match of the weekend but I’d argue the match of the year so far.

Nakamura gave a shining example of why he’s known as the king of strong style, along with Zayn delivering a hard-hitting, intense match that pulled the audience in and refused to let go. Helped by a great NXT crowd, the match reached that special place that every pro wrestling match aspires too, making you forget it’s scripted and believing it’s two men who are trying to win the match with every move they made. It’s impossible to do this match justice in a brief description, but I will say if you only watch one match from this weekend make it this one.

American Alpha Vs The Revival

I’ll confess, going into this weekend I badly wanted to see American Alpha win this match and the titles but then again judging from the crowd reaction so did most of Dallas. Their path to a title match has been long, really gaining momentum during the Dusty Rhodes Tag Team Classic Tournament with their personality, athleticism and match quality gaining fans as they went. After they began issuing challenges to and beating former NXT Tag Champions it almost became awkward that they weren’t getting, at least, a title match. Well, the wait was worth it as they took the titles on the biggest stage NXT has to offer and did so in an excellent match in front of an electric crowd.

As the match progressed the energy and momentum just kept picking up until it seemed like the roof was going to come off, Jordan and Gable making you believe they wanted to win more than life itself and were leaving it all in the ring. While the Revival will have their detractors, they play a classic heel tag team to perfection which is exactly what’s needed for these set-ups and in this case made American Alpha’s victory mean that much more. Remember it takes two to tango and without The Revival to play the foil I don’t think this would have been as great a match as we got.

Wrestlemania just wouldn’t be Wrestlemania without a moment with a few Legends making an appearance. While it seems to now be impossible for WWE to have these appearances without hurting their current talent, and this was no different, this was, at least, a fun way of working with some big names and bringing that sense of nostalgia with Stunners, Beers, vintage Shawn Michaels and a Mr. Socko thrown in for good measure. While I wasn’t a fan of The Rock’s appearance and what he did, this was good and while it was widely predicted there would be appearances from Austin and Michaels with the show being in Texas, their level of involvement was a pleasant surprise and the kind of thing only Wrestlemania delivers.

As a good a match as this was, and it was a good one, it was almost as much about what it meant for women’s wrestling now and going forward. This was the first match for the new Women’s Title Belt, a departure from the Divas title and it’s Butterfly belt that was a symptom of how women’s wrestling was being perceived in WWE regardless of any “Divas Revolution”. It was also WWE’s three best women wrestlers on the main card of Wrestlemania for the title while the other women, many of whom seem to be focused on the reality show Total Divas occupied the pre-show in a match designed to provide material for said show. While maybe unfair on the likes of Natalya and Emma, for the majority of the Divas in that match the placing was right, and it felt good to finally see things in the right order finally.

As for the match itself while I still believe Sasha Banks should have been walking away Champion and the antics of Ric Flair finally countered, it was a fine match, finally showcasing what these women are capable of given the time and stage to do it. Triple threat matches are a tough match to pull of and can often hurt a situation but not this time, giving all three competitors parts to play. Hopefully, there will be more of this to come now we have a Women’s division and not a Divas division.

Enzo and Big Cass make it to the Big Stage

Raw featured some interesting debuts from NXT talent, but the one that was right on so many levels was the introduction of Enzo Amore and Colin Cassidy to the main roster. Enzo and Big Cass delivered one of the best moments and promos of the weekend, while it gave maximum effect if you were familiar with them from NXT it was a great introduction if you weren’t. They’ve been the most popular team on NXT for the longest time now, and the timing was right to make the step up, and it was the right place as when their music hit the “smartest” crowd of the year knew who they were and reacted as you’d hope. The promo was awesome, it established who Enzo and Cass were and what they were about, and it was different to anything seen on the main roster, it felt fresh and that’s exactly how it should be. It was against the right team too as, say what you will about their current run but the Dudley Boyz are one of the best tag teams out there with the, experience and credibility to totally make a team like Enzo and Cass. Hopefully a proper feud comes out of this as that would be the best way for the guys to make their start on the big stage. Now if only Carmella could join them we’d be all set…

That’s not to say there isn’t anything else of note or quality on those shows, and I’d certainly recommend anybody watch Takeover: Dallas from beginning to end as it was just that great a show.

Unfortunately, I can’t say the same about Wrestlemania 32, the years biggest (and longest) show populated by too many average matches and lack of drama, surprise and anything notable happening storyline or otherwise.

Hopefully, as we go on through the year, we’ll get more moments and matches like the ones above and less of the rest. 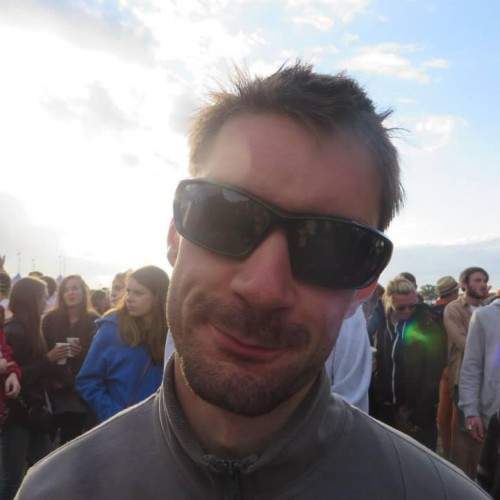