The Steel Age Of Comics: Renaming And Predicting The Modern Ages

The Steel Age of Comics is a working title for the comic books that came out between 2011 and 2026. But where is this all coming from? Fans more than likely know about the Golden and Silver Ages. They were the times of comics that reflect the human conditions and mindsets of publishers and readers. So what exactly happened in the preceding Iron Age to give the foundations for this Steel Age? More importantly, why is 2011 the beginning of this age? This is the research from the gutters.

The BC (Before Comics) Age

If you have ever heard of the Golden Age or Silver Age, it might be because of movies or even comic books. But it’s a concept that creatives used dating back centuries. The most recognizable is the Greek version, the Ages of Man. In it, they describe human existence into different stages. Each seen through different eyes but more or less have the same meaning behind it. All of which says the pessimistic message of how the divine-human existence degrades into something less valuable. Hence why Gold is at the top while Iron is at the bottom.

Comics, especially that of superheroes, are practically modern versions of myth and legend. Just ask Grant Morrison’s book Supergods. Naturally, fans and historians like to compare these stories to tales of old and how they reflect the human condition. The desire for wish fulfillment exemplifies the Golden Age during the dark days before and during WWII. From 1938 to 1954, comics had little to no limitations in what it could portray. This includes Superman throwing a car with a passenger inside and Batman more willing to kill people. All to the detriment of what became the Comics Code.

The Silver Age is a reaction to comics losing its popularity but getting back into the mainstream by submitting themselves to the Code. As a result, most of the stories from 1956-1970 are full of dialog exposition and goofy stories. If you see Spider-Man stories during this era, you might get a glimpse of people babbling science to explain what’s happening. All of which cause the self-fulfilling prophecies that comics are just for kids.

Then comes the Bronze Age (1970-1984), where creators have to fight for the right to show more realistic subjects. Take for example, the Green Lantern/Green Arrow story where Oliver finds out about his sidekick Speedy’s heroin addiction. It wasn’t the drugs’ use so much as it was about the struggles people go through under its influence. Several other series follow suit with stories of characters with relatable flaws in attempts to bring back meaningful wish-fulfillment like in The Dark Knight Returns. All while bundling everything up in trade paperbacks and graphic novels.

Unfortunately, some creators and publishers took those concepts to the point of parody. Look no further than Death of Superman for how the series grew dark for no apparent reason. Or even Youngblood for unrestrained wish fulfillment. This results in why comics from 1985-2010 are given the dual name of the Dark/Iron Age of Comics.

What Gives The Modern Age its Steel Components? 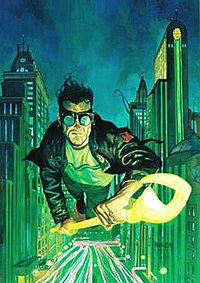 Throughout this era, comics that once had shot up in popularity begin to fizzle out. Marvel probably suffers the worst of this as a result of factors like laying off its creatives such as Jim Valentino. Maybe those Greeks were onto something about the lowest point. Yet that would be ignoring the people who make the best of these situations. It’s during these low points that DC decides to implement its Vertigo imprint fully. Almost as if using whatever pure pieces of Iron to create masterpieces. Marvel even uses the more absurd elements of this period to create events like Infinity Gauntlet. That’s not even mentioning the rise in the direct-market for comic shops.

That’s not to say that elements from the worst of the Iron Age can’t inspire new stories. Kingdom Come and Marvels are a testament to that. Both series with their art by Alex Ross show worlds where despite the flaws in warped Iron (blowing up Kansas or failing to save Gwen Stacy), they can be remade for an age of steel. Of course, there are different types of steel and situations that suit them best. 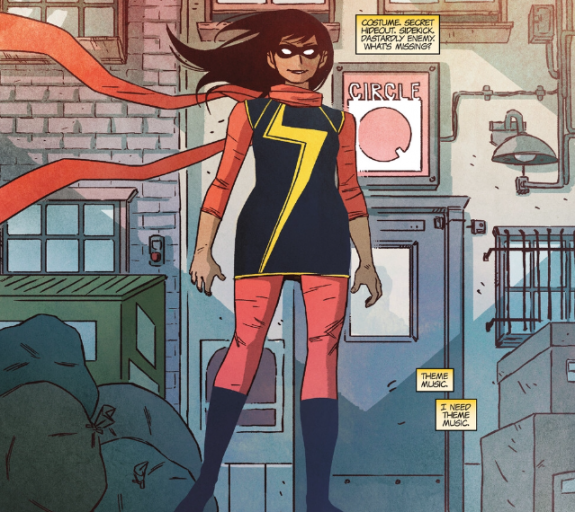 For long-running characters like Daredevil, it’s a matter of balance between the original swashbuckler and the hardboiled ronin. Others, like Carol Danvers take a long time to fold out the impurities to become their best selves. But even as Captain Marvel, there are still challenges ahead that require careful steps to remain consistent. Then there are times when publishers reinvent the wheel with Ms. Marvel‘s Kamala Khan. Because sometimes you have to try and work from a new angle to appeal to a broader audience. In Kamala’s case, it’s about dealing with the labels of millennials and how to find the right balance in life. Like all of life’s struggles, it takes several tries and tolerance to get right.

When Does The Steel Age Begin? 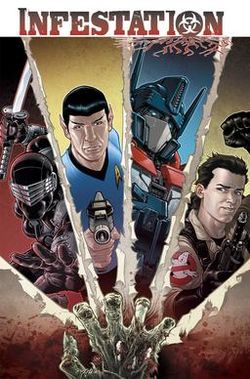 So with all of that in mind, how does the Steel Age begin in 2011? Especially since that’s 25 years after the agreed-upon beginning for the Modern Age of Comics. According to TV Tropes, the “Iron Age” of comics are codified by “Retcons, Reboots, Retools, and Alternate Universes” as necessities. Because when continuity gets in the way of telling a good story, it’s necessary to start fresh. 2011 is just the point where everyone tries again by putting everything in one package while pruning the liabilities. Namely by embracing the digital medium and cutting ties with the Comics Code. Because if you can give comics to people directly through digital means as Marvel does, why bother with putting up with stuffy desk workers who help ruin your reputation?

What Happens After This Steel Age?

The ages of comics always reflect the needs and desires of the world around them. All while paying respect to what’s come before. A number of outside factors always necessitate the need for change. The Steel Age is exemplified by getting rid of outdated concepts like the Comics Code and embracing modern mediums like the internet. Story-wise, the best comics of the era are about finding the balance between wish fulfillment and realism.

Until then, there will be fans out there trying their part in how they want comics to be presented in their modern age. Anything to comment about this? Leave your thoughts down below.