The Representation of Gambling in Comics 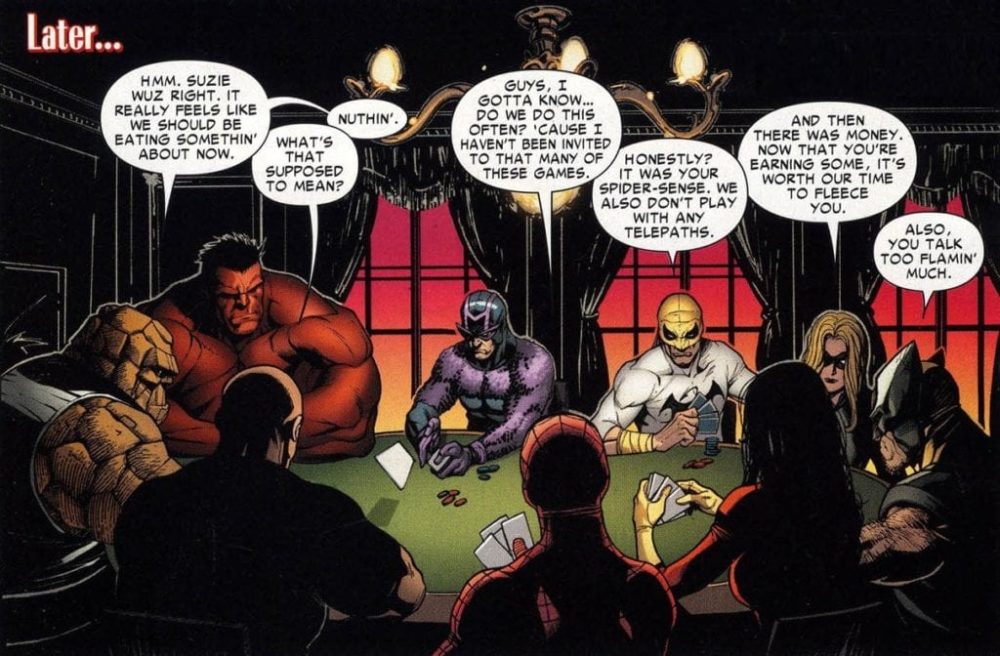 The thought of comics brings different terms like villains, heroes, the supernatural and superpowers, and aliens to mind. A term like gambling is probably the last one that would associate with comics. Notwithstanding, comics and gambling have come a long way together and have also evolved over the years.

Lately, several kinds of gambling comic books that feature plots that relate to betting and or characters who like to gamble have surfaced. And to make it more interesting, people’s love for comics has grown to the extent that lots of the industry’s most loved characters can be found in slot games on the game floors of land-based casinos and online casinos as well. This makes us wonder when exactly did the relationship between gambling and comics begin? Well, here’s a brief history of their evolution together.

The Representation of Gambling in Comics

Comics did not just provide entertainment in the early-mid-20th century, and they served as moral lessons for all to share, including the dangers of gambling. The history of gambling in comics can be traced to two Superman stories from the 1940’s worth noting.

The stories are ‘The Gambling Racket in Metropolis’ and ‘Superman and the Number’s Racket.’ The two tales focus on suicidal gamblers who are saved and helped by Superman. As a matter of fact, the Man of Steel was so disturbed by his encounter with the gambler in ‘Superman in the Number Racket’ that he goes on a warpath against all of Metropolis’s gambling syndicates.

Furthermore, the misrepresentation of gambling also affected every form of betting activity in comics. Children were all warned to steer clear of gambling as it was described as a way to ruin your life’. 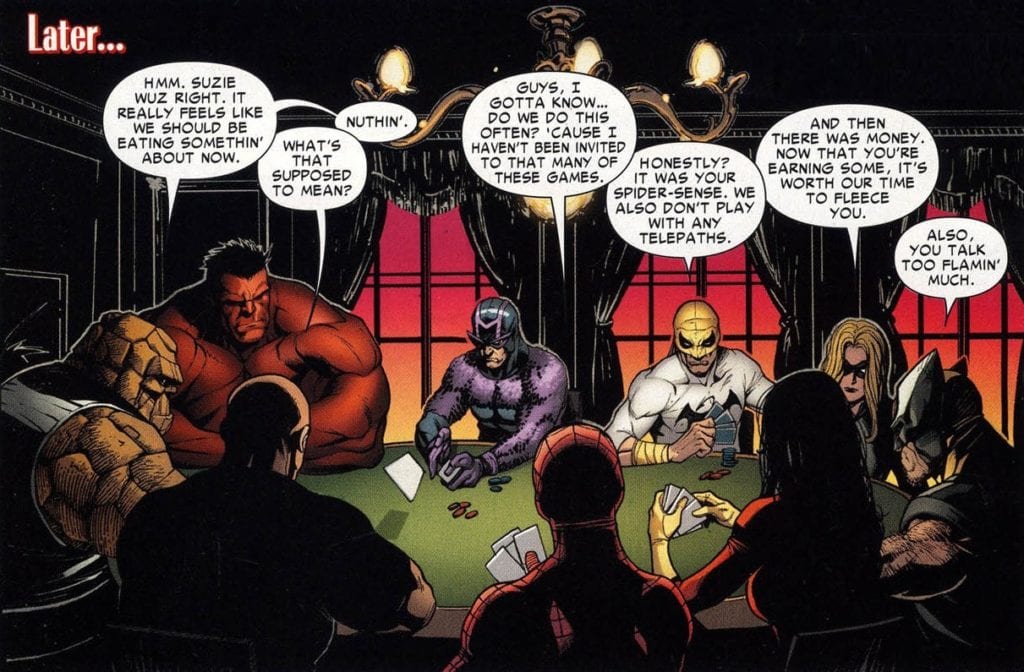 Gambling and comics went farther apart as gambling villains starting to feature in comics. The Green Lantern villain, Steven Sharpe III, for instance, was famous for his terrible gambling addiction. The addiction led to his death eventually, and this was one of the many examples of gambling ruining a life. But when the likes of Harvey Dent, one of the most popular Batman villains, joined, characters that placed bets became famous and exciting to the readers.

However, the cast of characters that had gambling addictions was totally unrelated. Their lives outside comics didn’t determine how they acted. A perfect example that proved that you didn’t have to be a villain to gamble was Marvel’s mutant, Gambit. Gambit is one of the X-men characters that love to play poker, and gambling is mostly part of who he is.

However, there have been several technological advancements in both gambling and comics, such that superheroes like Spiderman, Ironman, Batman, and Superman have been inspirations to different casino games. Now, we have casinos paying homage to the superheroes and comics by featuring them in their game selections. Initially, it started with superhero and comic-inspired slots made available in land-based casinos in Las Vegas.

One of such is the Iron Man slot based on the very first Iron Man movie. Then, online casinos like comeon.com started offering them to players also, as some slots and casino games were superhero-themed and comic-based. These games include; Flash Slot, Kick-Ass Slot. Justice League Slot, Green Lantern Slot, Hellboy Slot, and many others. The provision of these games has become a win-win situation for both players and casinos.

Comic book fans can now play real money games themed after their favorite superheroes, and casinos have also been able to grow their followers and bond with their customers. What started as a means for criminal activity with the sole aim of dissuading children from gambling has now become an interesting, enjoyable aspect of comic plots and characters.