In 1986, DC put out the legendary miniseries, The Dark Knight Returns, by Frank Miller and Klaus Janson. It chronicles the story of an old Bruce Wayne coming out of retirement to bring order back to Gotham. Along the way, he takes on a new Robin, Carrie Kelly, and faced off against Superman. It was universally acclaimed, and Miller would return 15 years later for a sequel, The Dark Knight Strikes Again. While that story received much criticism, DC asked for one final series, with a few stipulations. One of these was working with Brian Azzarello.

While the final series, The Dark Knight: The Master Race, received great reviews, Frank Miller said he had one more story to tell in that universe. This story would truly be the end of The Dark Knight story, and it would be on his terms. How will this legendary tale end? 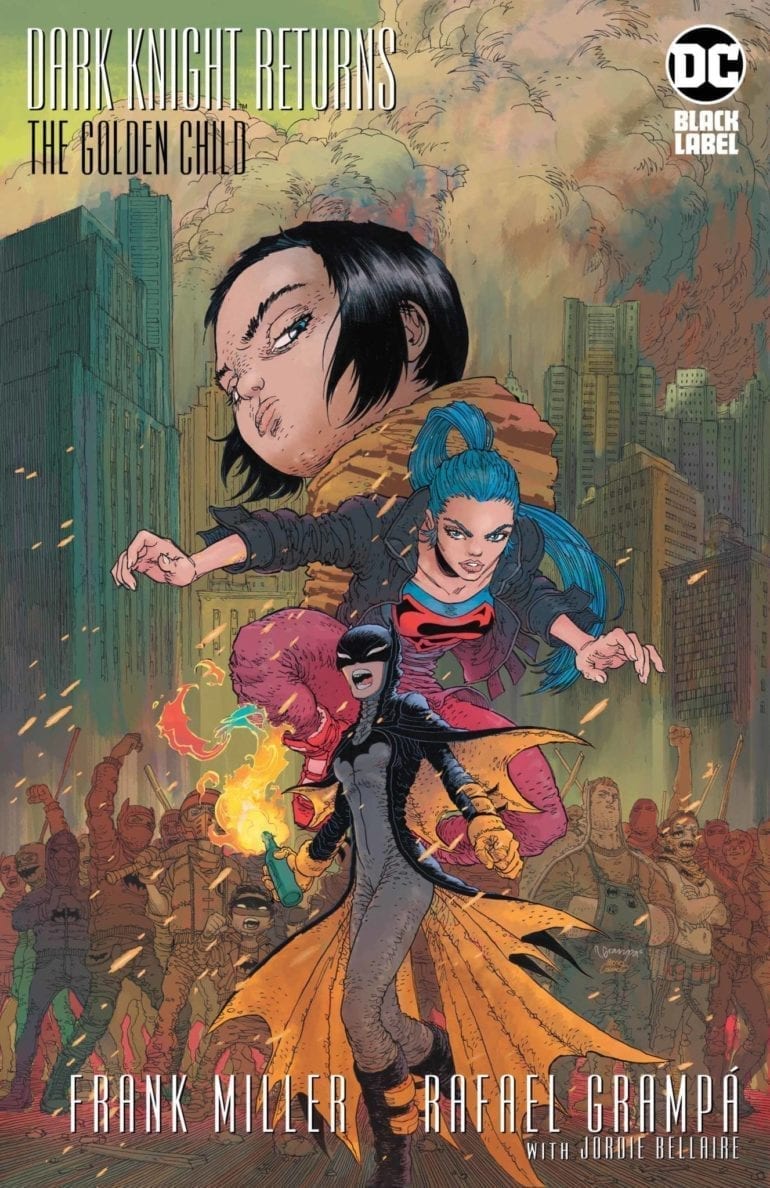 Opening up a few years after The Master Race, we focus on three characters: Superman’s children and Batwoman. During this period, a new political candidate(which may or may not be a parody of the current president) is pushing a hate-filled agenda. This has gotten the American people to start protests against him. A Joker style gangs rush these protesters in an attempt to break it up. Before they get too far, Batwoman and the Sons of Batman stop them while trying to find the leader.

Meanwhile, Lara Kent is teaching her little brother about the world and how fragile humans are. Despite him being practically a toddler, Jon is quite intelligent and powerful, gaining the attention of the most dangerous villain in the universe. 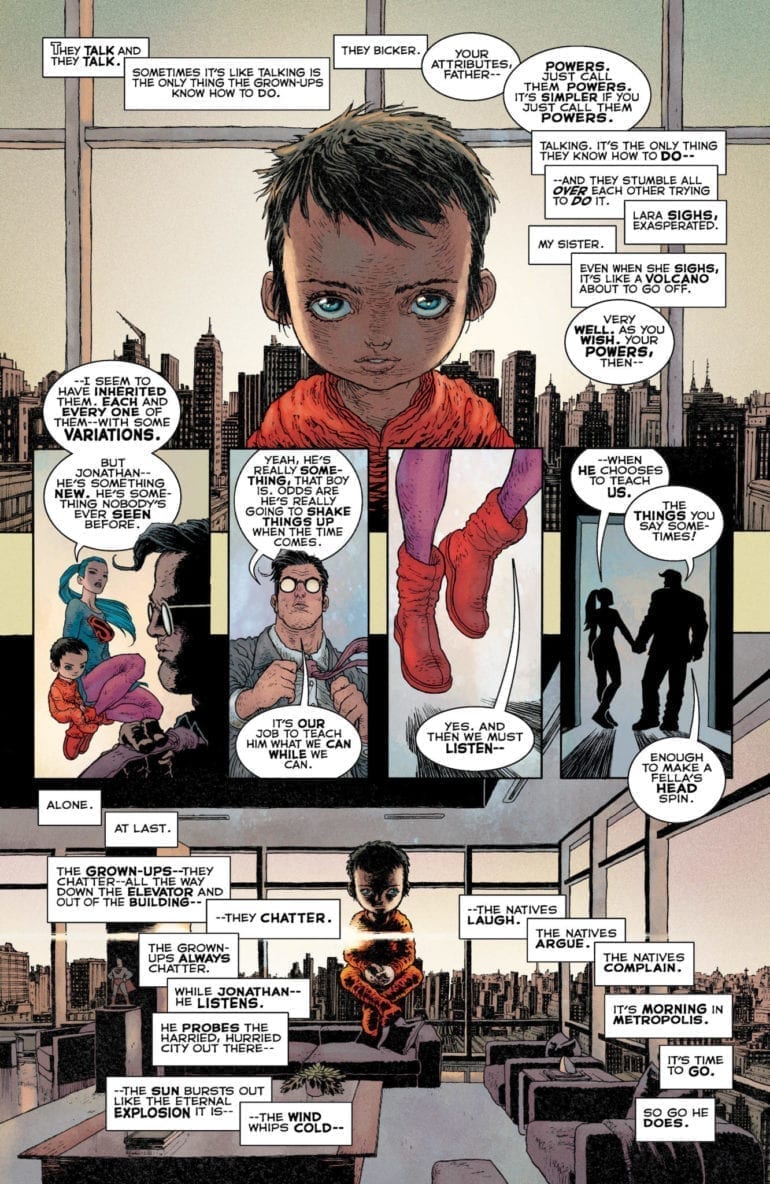 After reading through this a few times, I honestly don’t see anything new. The commentary of this tale is nothing we haven’t heard before in recent stories. As for the involvement of the big villain, I’m scratching my head in confusion. Not because of who it is but why he is doing this. His whole part in the story felt forced as his master plan seemed a bit small for his level of thinking. 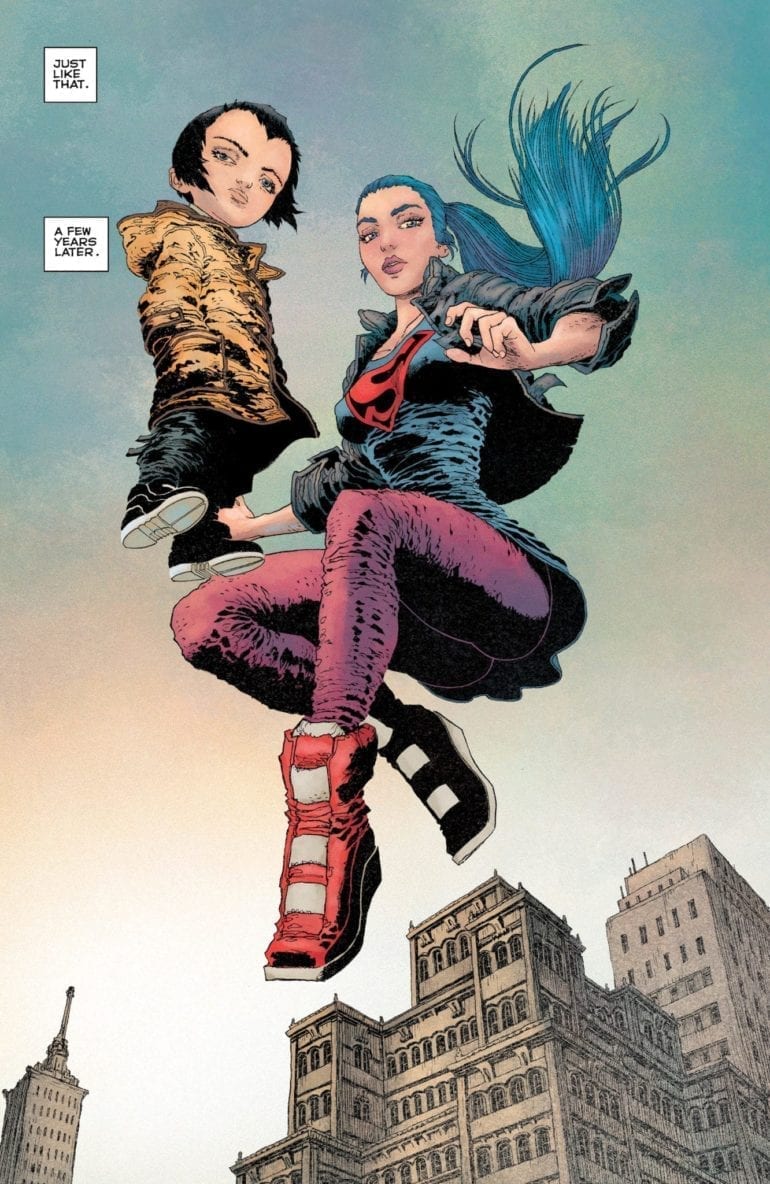 Another issue I have is the problem with how Miller continues to write the children of Superman as terrible people. Lara continues to be one of the most unlikable members of the Super-Family. Jon is not as bad, as he tries to prove to his sister that humanity is good, but still has this creepy tone and look that unsettles.

The only major part I liked was Carrie Kelly’s return as Batwoman. Seeing from where she started to where she is now is incredible. The best part was at the end, where she chases off the villain after inspiring the protesters against him. If this is truly the end, at least we got to see Carrie Kelly become the hero she was supposed to be. 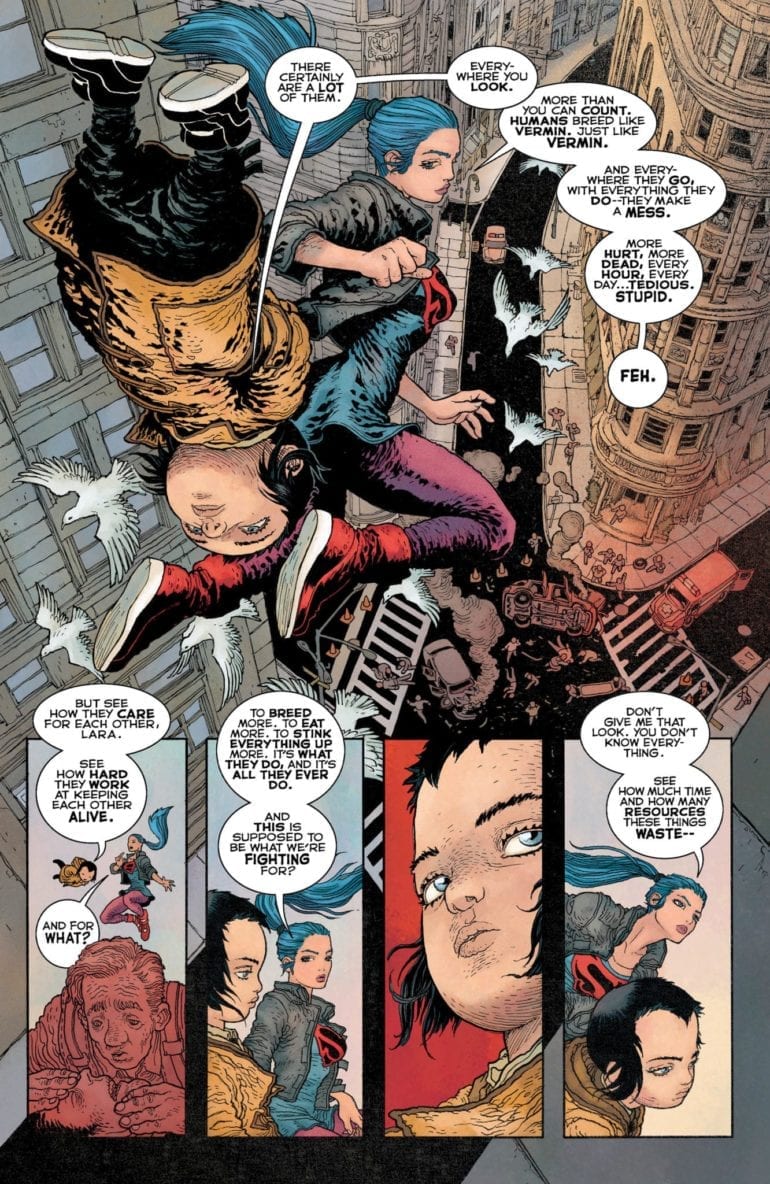 As strange as this sounds, Rafael Grampa’s disturbing and bizarre art style is perfect for this world. It fits the aesthetic of the Dark Knight universe exceptionally well by giving us violent imagery and a dark future for us to return to. The action is visceral and will stick with you long after putting the comic down. The only issue with his style comes in the form of Jon, who kind of looks like one of the psychic children from the movie Akira. While nothing can quite match Klaus Janson’s style in the original story, this art team gets pretty close. 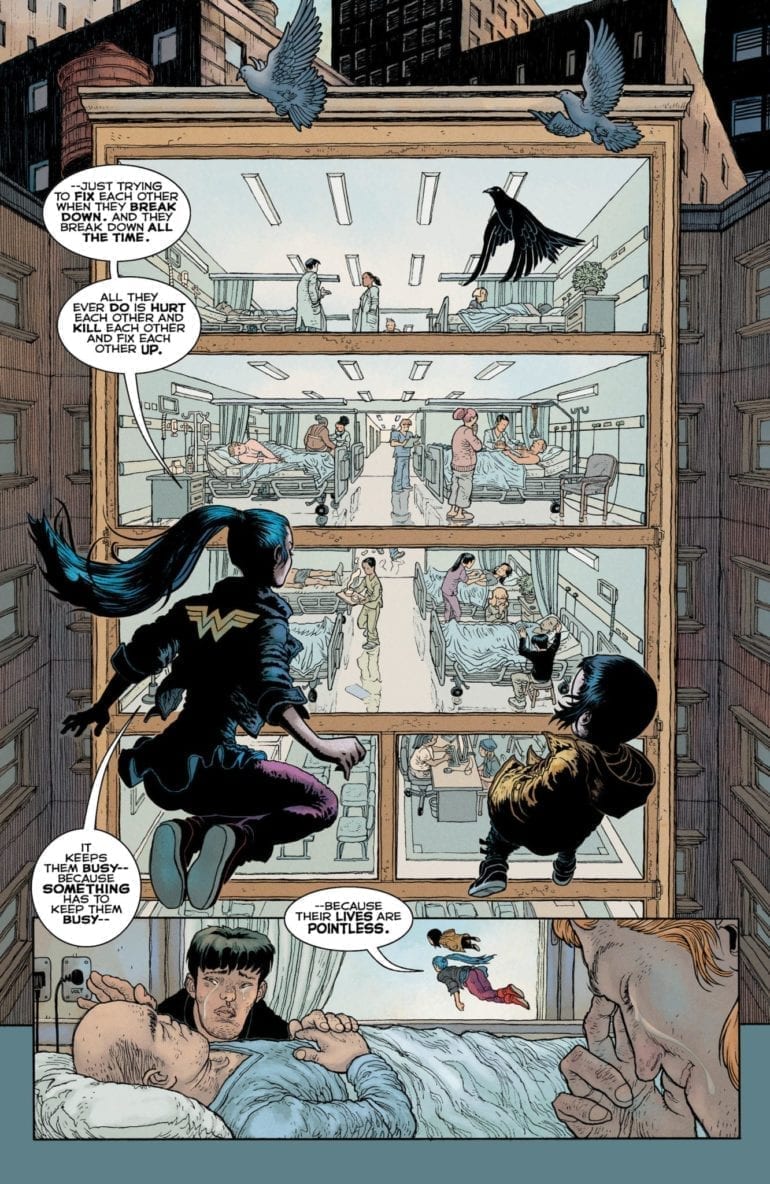 Despite great creepy artwork and the return of Carrie Kelly, I’m wondering, “Why was this story made?” Other than taking a quite obvious political stance with Carrie and Lara, there was no need to tie this into TDKR Universe. When Frank Miller first announced this, he made it sound like that this was going to be the definitive ending to this world. All I see was one that in the end, felt forced and unnecessary. There will be those who like this book, but for me, this book just fell flat.

The Golden Child doesn't quite live up to Frank Miller's original epic.Review: THE DARK KNIGHT RETURNS: THE GOLDEN CHILD