THE AUTEUR: How Narratives Warp Reality

The Auteur, written by Rick Spears, with art by James Callahan and Luigi Anderson is a series from Oni Press known for its absurdist look at both Hollywood and filmmaking. However, there is much more to this than just a narcissistic producer and his lofty goals. Movies, comics, and a few other narratives tell about tales as people envision them. Think the ‘Based on a True Story’ movies that are more or less means of winning Oscars. With that in mind, filmmakers take a few creative liberties to suit their audiences. Unfortunately for Nathan T. Rex, this is what turns into his downfall. This is the research from the gutters. Spoiler warning for the series.

Premise of The Auteur

The Auteur follows Rex, a film producer who built his career through exploitation films and mockbusters. After several bombs in both critics and the box office, he has one last chance to save his job. To get this done, Rex does just about everything from psychedelics to hiring a mass murderer for his Slasher movie President’s Day. Along the way, he tries to get the attraction of an actress named Coconut. Ultimately he succeeds in getting Coconut’s attraction, but he bombs President’s Day.

The sequel Sister Bambi continues off of Rex’s public disgrace and goes into Indie films. However, having lost his creative rights, Rex is now at the mercy of a producer with Nazi ties. Rex tries to wrestle control back from his producer by any means but fails. The ending meanwhile shows two different scenarios from a screenplay to an out-of-story slugfest with the series artist “James Callahan.” Yes, meta-commentary is slowly becoming a subgenre of its own.

The Nature of Exploitation Films 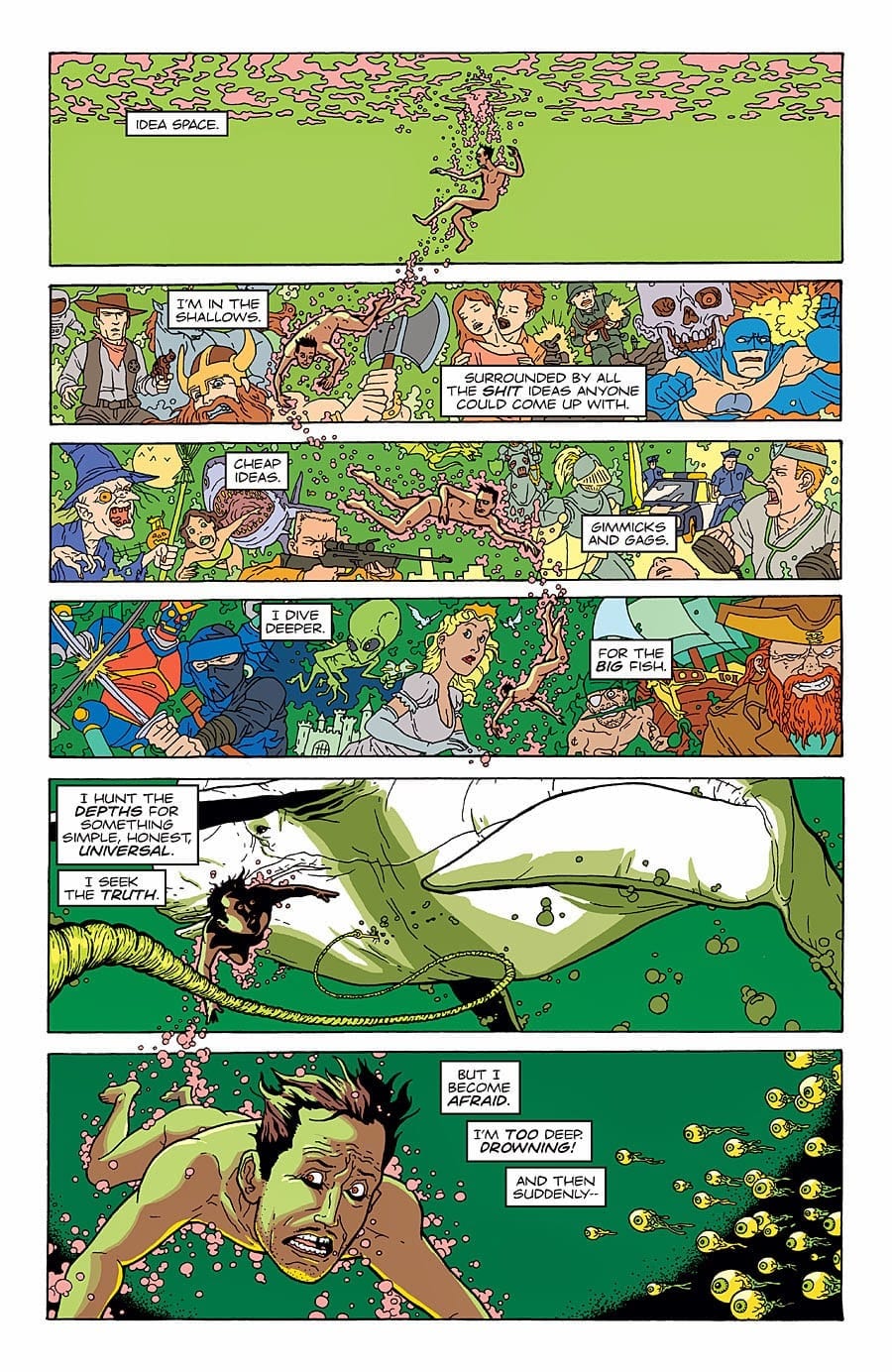 Rex’s specialty in Exploitation Films exemplifies the themes of the series. These movies as a whole are made to capture interest in certain groups through sensationalism. Some movies like Night of the Living Dead are major successes for their great writing and use of cheap special effects; others like Blacula are just excuses to sneak taboo content in. Rex attempts to make President’s Day look sensationally authentic by hiring a known murderer as a consultant. Unfortunately for Rex, he gets what he wanted when said consultant (Darwin) murders a hand-picked actress on set.

Changing Perceptions of One vs. Many

For Rex to save himself and in turn, get the attention of Coconut, he takes the drastic course of changing the entire premise and plot of President’s Day. Changing the movie into a generic romance tale is Rex’s way of learning to woo Coconut and cover-up his crimes. He seems to guarantee to fail on both accounts, but when Coconut sees the final product, she kisses Rex for going out of his way for her. The filmgoers, however, are immensely dissatisfied with the film for failing expectations. With this sensation, Rex’s crimes remain covered up since nobody wants anything to do with him. Well, among other things.

Rex, as it turns out, is not the only one who uses narratives to try and change outcomes. The inspector chasing after Darwin had actually planted false evidence to convict him. With no evidence suggesting this, however, Rex had to bribe the jurors to get Darwin out of court. All before trying to appeal as a lawyer no less. That’s misdirection for you, nothing but putting on a show. 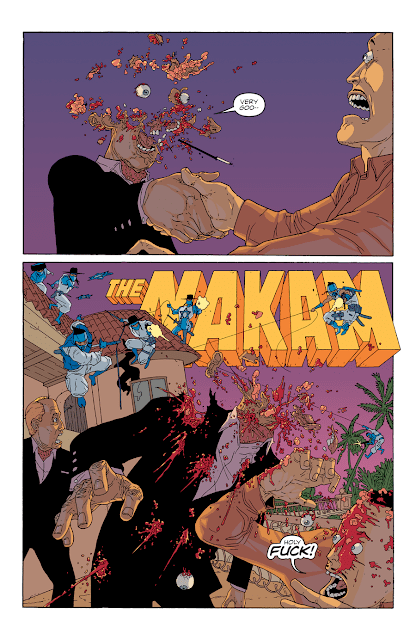 One of the bigger parts of putting on a show is trying to outdo what’s already been done. President’s Day has Rex often going into psychedelic drug trips to find new inspirations or ideas. During those times, the reader gets a look into his demented psyche. Sister Bambi takes it another step further with sensational events happening every other minute. As the series progresses, it becomes harder to know if anything is actually happening or if Rex is just high.

It’s also during these sensational points that Rex shows his inner nature. Most of the time, this inner nature only manifests through drug trips. On very small occasions, however, Rex displays traits like falling while being guided by a word balloon. At that point, Rex did not even use any drugs.

What of The Auteur‘s Ending

As explained in interviews, Rex is persistent in trying to be more than he possibly is. The answer to why comes in the ending. The dual ending comes in two sets: a manuscript that serves as Rex’s last saving grace, and Callahan pulling Rex out to confront him. The manuscript shows Rex’s making up with everyone and his and Coconut’s son having a successful future. But Callahan won’t have it and illustrates why Rex can’t have a happy ending. From his narcissistic behavior to how Coconut doesn’t have many layers herself. It all culminates when Callahan erases Rex’s outer layers, revealing his inner self, a green Bugs Bunny rip-off.

This reveals why Rex’s personality and work methods have no depth; being an exploitative knock-off is just his nature. So Callahan erases him to finish Rex’s story. Unfortunately, Coconut is left with her and Rex’s son. Rex may be gone but leaves his essence invades the reader’s mind. Because of these scenarios, it’s up to the reader to guess how this unfinished product goes.

The Auteur is a piece that redefines how people look at movies or comics. The best comics show readers that there is more than one story going on at the same time. As the subject of exploitation fiction itself; however, it’s not everyone’s cup of tea. But there is something in exploring style over substance and how it can be applied.

What do you all think? Feel free to leave your thoughts down in the comments.