SWAMP THING by Nancy A. Collins: A Nearly Forgotten Chapter

The work of southern-gothic horror novelist Nancy Collins on DC’s Swamp Thing is a unique tale both in terms of the classic character and the context around it. While not the modern classic that Alan Moore’s run is, Collins’ tenure put the now-iconic character on a new and unique trajectory for both the foreseeable future and for the beginning of DC’s Vertigo imprint.

Collins’ creative perspective both brought Swampy back to his roots (no pun intended) as a Bronze Age horror creation while also further examining the character concepts instilled by Moore. Her knowledge of southern-gothic writing traditions and Cajun folklore allowed her to hone in on Swamp Thing’s home of Houma, Louisiana for much of her inspiration. Collins adopted a more episodic “monster of the week” structure while still adhering to an overarching plot. Each of these segues usually involves a piece of Louisiana history and/or folklore, with the appropriate amount of embellishment. Swampy’s friendship with the local Cajun population makes him subject to their history – and with it, some of their torments. Tormented soul-monsters, undead demonic pirates, and weary spirits make up the cast of Swamp Thing’s more unusual enemies and allies when he’s not dealing with the usual suspects. 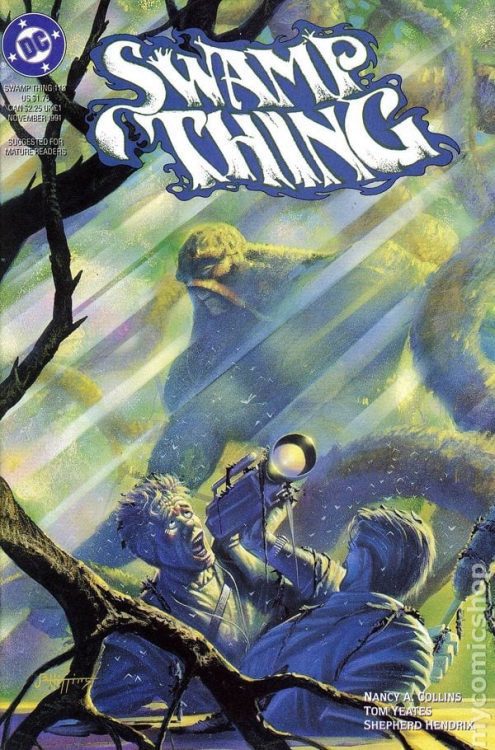 Collins still adheres to the plots set forth by Moore, Rick Veitch, and Doug Wheeler, but she uses her own perspective to set her run apart from the others. The run of monsters and villains such as General Sunderland and arch-nemesis Anton Arcane really just serve as growing points of contention for the core of the story: Alec’s (Swampy’s “real” name) family life. Swamp Thing’s wife Abigail has been able to handle the flow of usual enemies threatening hers and Alec’s life for a long time; that is until she also had to start caring for their child, Tefe. The responsibility of having to raise a child with growing supernatural powers while her husband has to remain guardian of The Green and fight off supernatural forces becomes a growing problem in the run’s background. Alec’s inability to wisely handle this situation comes as both an internal and external conflict; he cannot fully devote his time as a father and husband as the avatar of the Earth’s plant life and representative of the Parliament of Trees. Collins’ treatment of Alec’s desire to retain his humanity despite his title keeping him from doing so is one of the most compelling aspects of her run. 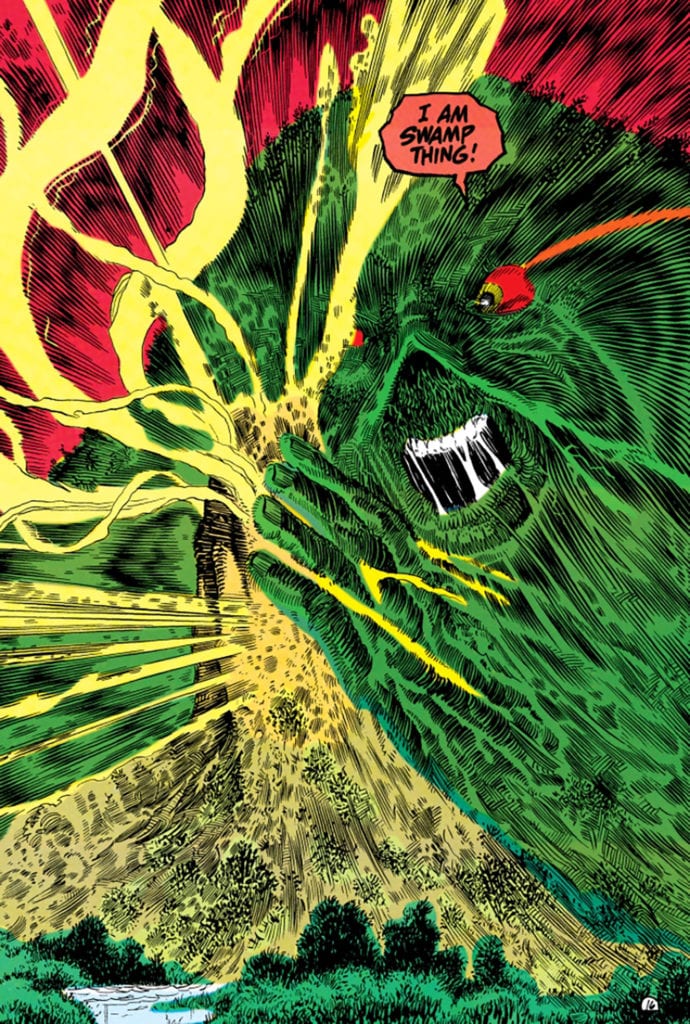 Truly the most compelling point of Collins’ Swamp Thing is her development of Abigail as her own character with wants and needs outside of just being a plot device for the main hero. Collins implements a great deal of socio-political issues into her work here. Homosexuality, racism, religious fundamentalism, and other issues are brought up consistently and often at length (this is pretty on-brand for early 90’s Vertigo comics). However, her most controversial move is having Abigail Holland/Cable/Arcane leave her husband, child, and her home in the swamp for the sake of her own happiness and sanity. In an era where mainstream comics championed killing off heroes’ wives and girlfriends for shock value, this was a bold move. A bit too bold a move for many fans and even DC editorial at the time, who had earlier suggested killing off Abby as was essentially tradition at the time. Collins’ decision to give her the autonomy to strike out on her own earned her a fair amount of scorn from the comic community. In the long run however, this has been remembered as the beginning of a healthier trend. Alan Moore himself actually called Collins to congratulate her on sticking to her guns and making what could only be considered as the “right” decision for the story. 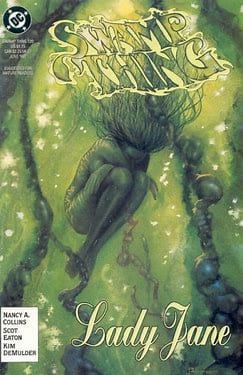 The potential significance of Nancy Collins’ two-year run on  Swamp Thing potentially outweighs the actual series’ quality. Note that this is a well-written and highly entertaining read with plenty for fans of Swamp Thing, horror, and Vertigo Comics alike to enjoy. While it never reaches the heights of some of its more popular contemporaries such as Gaiman’s  Sandman or Ennis’ run on  Hellblazer, it benefits from the author’s specific outlook. Collins’ experience as a southern gothic-horror writer, and her unwillingness to capitulate to the wishes of editors and fans alike warrants her work here a second look. The humanizing of Abigail Arcane and focus on Swamp Thing as a being torn between responsibility and desire makes for a compelling read – and this is before even considering the monsters and mythology thrown in.

If you’d like to give this piece of nearly forgotten comics history a look, it can be found digitally at DC Universe, or in a recently released omnibus volume available for order from your local comic shop!