Greek philosopher Aristotle coined the idea of the “tragic hero” as a protagonist who “inspires both pity and fear” in the audience. This is a being whose tale we follow afraid of the repercussions their often reckless actions will have for their own livelihood – as well as the people around them. However, we end up feeling sad for them as (if the story is written well) we can’t help but empathize with the flaws this character has ingrained into them due to life experience. This character concept evolved and relaxed over the years, transforming into numerous permutations of the deeply flawed but still relatable lead of a story. The most well-known modern-day equivalent of Aristotle’s “tragic hero” is the now iconic “Antihero.” This is a character who may sometimes do good, but then swing wildly into the direction of villainy or immorality based on their own personal needs at the time. Every medium of storytelling has dozens of antihero stories, but the comics medium has become a nesting ground for the concept over the last thirty years. From the gun-toting muscle bros of the extreme 90’s to the post-apocalyptic survivors in many-an indie comic, the antihero may quite possibly be the most popular character archetype in the comics medium right now. It’s only fitting then that the first true antihero to be introduced into one of – if not the – most popular fictional universes of all time would be done so via comic books. 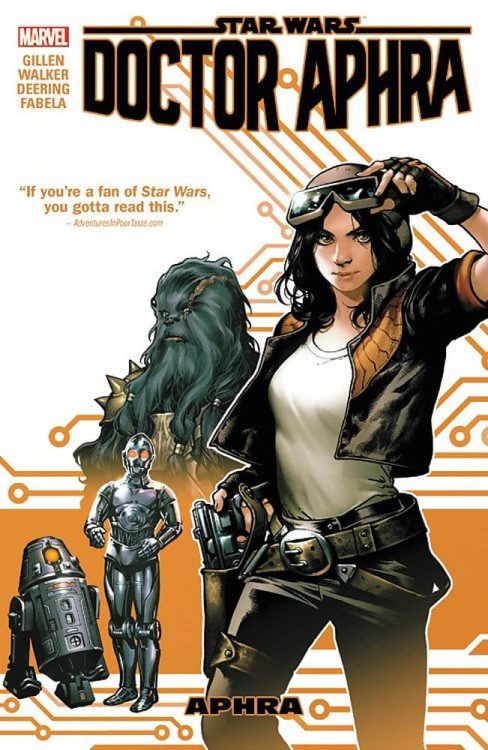 Chelli Lorna Aphra – aka Doctor Aphra – was introduced in by writer Kieron Gillen and artist Salvador Larrocca in issue #3 of Marvel’s Darth Vader in 2015. She is played as a character who is clearly too smart for her own good and never takes a side – unless that side is a 7 foot tall cyborg that threatens her with a lightsaber. She will gladly work for anyone who has an edge over her, but as we quickly find out, she is always scheming to retake the advantage. As her story in Vader continues, we get to see just how intelligent, resilient, and genuinely funny she is, as well as how unexpectedly vulnerable she can be. She makes a name for herself by constantly taking advantage of the people she gets even remotely close to, and this obviously wears on her. However, we don’t really get to see her at her dastardly peak until she is rid of Vader – sort of – and Gillen gives her her own book. It is in that solo book that the roller coaster of endearment and loathing also comes to fruition, and solidifies Doctor Aphra as a loveably awful human being. 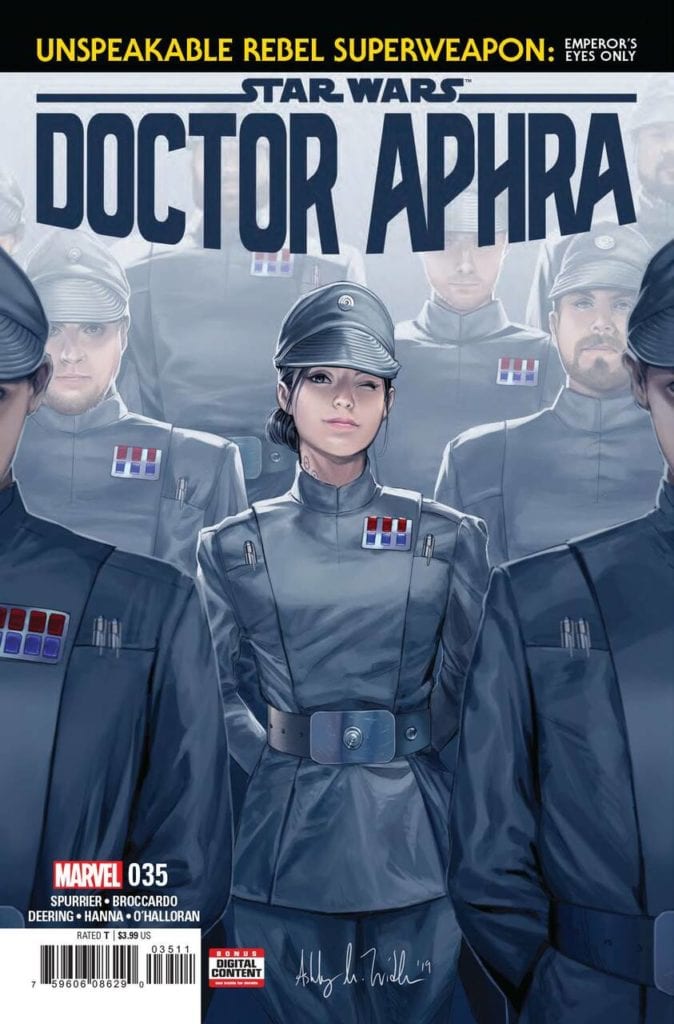 Every person that Aphra comes into contact with, and this can be from she bumped into them on the street or they have a fully fledged romantic relationship, becomes fuel for the Doctor’s self-preservation instinct. No matter what situation she’s in, there’s always a plan in the back of her head take advantage of someone in order to stay alive. She has left – sometimes unwittingly – corpses in her wake in her quest to stay ahead of the game in this turbulent galaxy. As her travels take her to more dangerous places with people of better moral fiber, her regrets involving her actions begin to grow heavier. The Star Wars universe has rarely ever dealt in grey areas of morality; hell, the entire franchise is centered around the concepts of “dark” and “light.” Watching Aphra dart from Rebellion to Empire and back again in her attempts to stay on her own side, and the growing struggle within her to *maybe* not get everyone she knows killed in the process is a powerful and often infuriating experience. Her internal struggle is probably why Vader seems to take a small bit of liking to her…you know, before he decides to try and kill her multiple times. Doctor Aphra very much feels like the John Constantine of the Star Wars universe, only she raids ancient tombs and sells the spoils on the black market instead of irritating the denizens of Hell and contracting lung cancer. Much like the Hellblazer, most of the people who care for her end up scarred and heartbroken, if not as a smoldering corpse. Also like Constantine, despite her many actions pointing towards the contrary, she does actually at the end of the day end up on the side of good – or at least not as bad as she could have been. Through the many betrayals and abandonments and incidents of manslaughter perpetrated by Aphra, the end of her story here (at least at the end of Spurrier’s run) actually has her doing right by some of the people she cares about most, and for the galaxy at large. See, Chelli Aphra does sometimes try to be good – she’s just so damn bad at it. 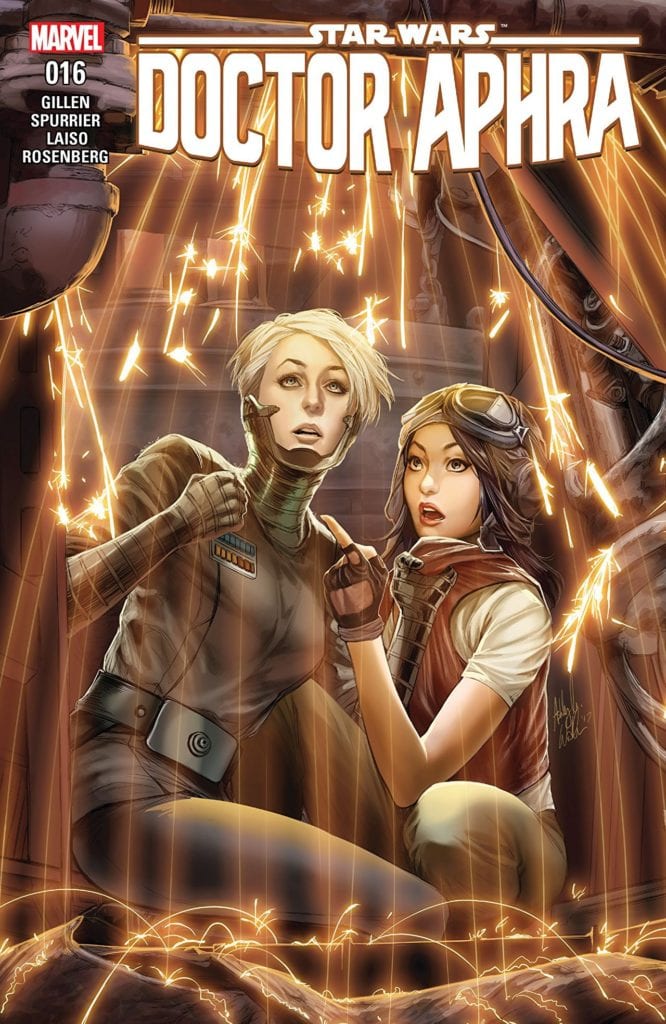 With the creation of Doctor Aphra, Kieron Gillen and Salvador Larocca struck a chord of genius that the Star Wars universe nor its fans knew they needed. The crooked archeologist’s schemes and forced neutrality offer a perfect counterpoint to the often black and white morality of this franchise at large, making her a fascinating, frustrating, and fun as hell addition to this galaxy full of stories. From her failed relationships to her constant backstabbing in order to stay alive, she manages to make you unimaginably pissed while endearing herself to you more and more with every issue she’s in. Doctor Chelli Aphra is one of my favorite new characters of the past decade, and one of the best additions to the Star Wars story in the franchise’s history.