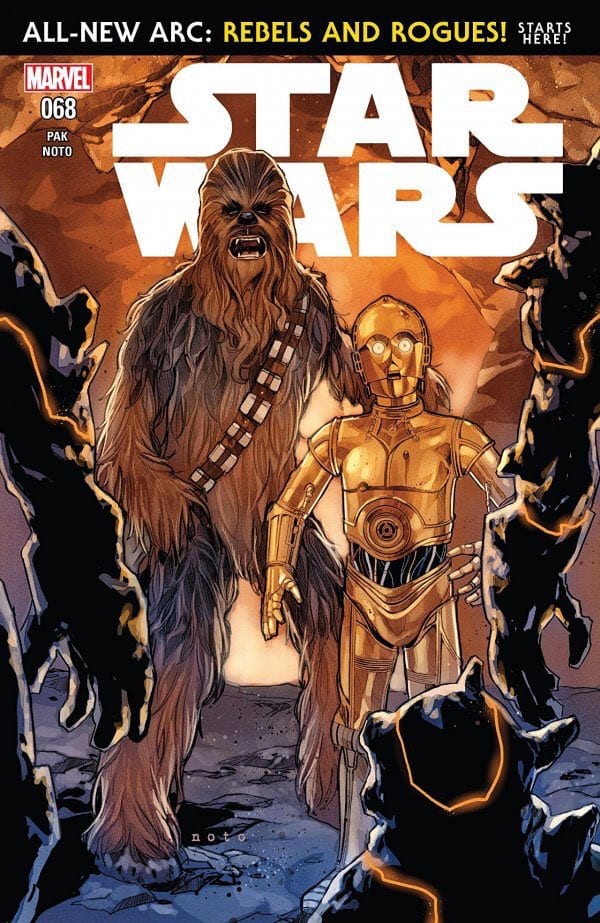 Previously Greg Pak had been doing the Star Wars: Age Of Rebellion one-shots, serving as a nice sampler of what to expect from his take on the Star Wars universe.

Greg Park must’ve written the crawl and then told there needs to be a summary of the never-ending Shu-Torun story first. The first page is written exactly like a Star Wars crawl right after you read the actual crawl. Not a nitpick, just an observation.

Our heroes are split up into small teams in order to carry out specific missions against the Empire. They’re pretty much the same pairings from The Empire Strikes Back. Greg Pak wastes no time diving into the action at hand. 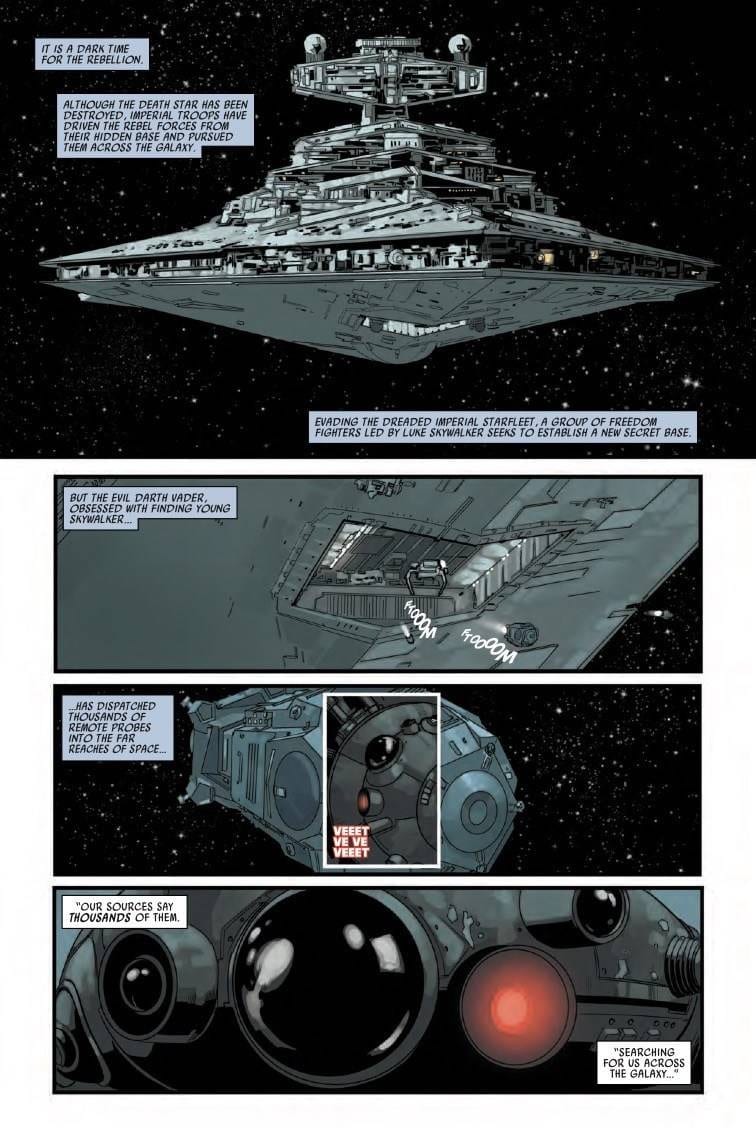 The effectiveness of Chewbacca and C-3PO’s scenes together is telltale sign that Pak is more than comfortable in the Star Wars universe. Their scenes are funny and enjoyable despite one being a pain in the ass protocol droid spewing exposition and the other speaking only in reactionary roars.

The panel of Luke and R2-D2 staring off into a sunset, with Luke’s sarcastic line about spending his life getting off a desert planet inspires one to smile or at least smirk.

Chewie & 3PO’s moral conundrum is no shocker, but still effective when done right. Han and Leia’s smuggler disguises are the worst Star Wars cosplay ever. Leia’s past lover is a great way to flip the Han/Sana scenario from Jason Aaron’s run.

Greg Pak’s first issue on the big ongoing series isn’t as surgical as his one-shots, but it’s a solid start. This isn’t an explosive or bold introduction, however it does serve as a smooth transition into a new creative voice and vision. 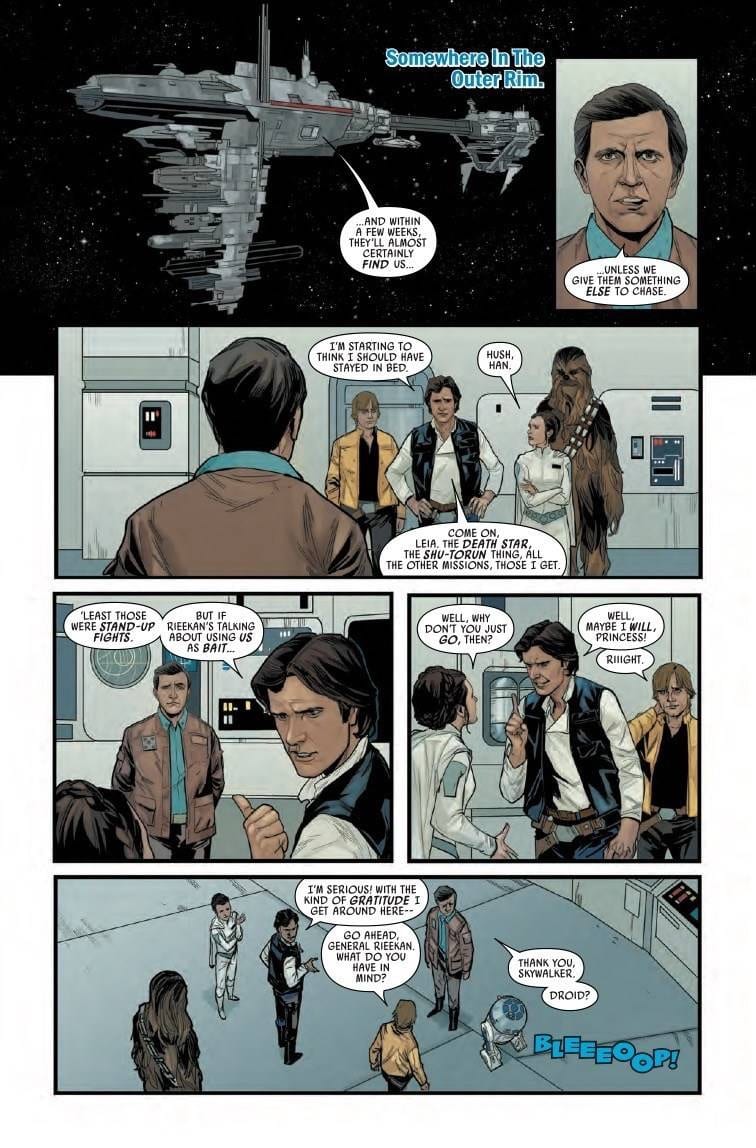 Fans who have been reading Marvel’s relaunch of the Star Wars comics from the start can rejoice with the employment of Phil Noto. Gone are the photo-realistic art travesties, in comes a perfect balance of lifelike and comic book.

Noto was a fantastic choice to illustrate Pak’s scripts. Not only are his characters recognizable without being traced, but his ships and environments are worth the exploration of your eyes. Noto’s art is a breath of fresh air into the main Star Wars series.

A successful Star Wars series requires the creative team to take us to new places and old while operating within the cracks and shadows of the films. That being said, Greg Pak and Phil Noto make a great pair to usher us into this new era of Star Wars.

Star Wars #68 is both a breath of fresh air for longtime readers and a great jumping-on point for those who bailed on the awful artwork of previous teams.

A successful Star Wars series requires the creative team to take us to new places and old while operating within the cracks and shadows of the films. That being said, Greg Pak and Phil Noto make a great pair to usher us into this new era of Star Wars.STAR WARS #68: New Creative Team Provides Fresh Start