Marvel Killed [SPOILER] In Secret Empire #7 And Nobody Cares

Marvel’s Secret Empire #7 debuted today, and if you haven’t been reading you may want to move along.

Don’t say we didn’t warn you.

And Hydra Cap snapped her neck with his stupid looking new shield.

Because shock deaths sell comics, or at the very least they generate publicity. After all, there’s no such thing as bad publicity, right? 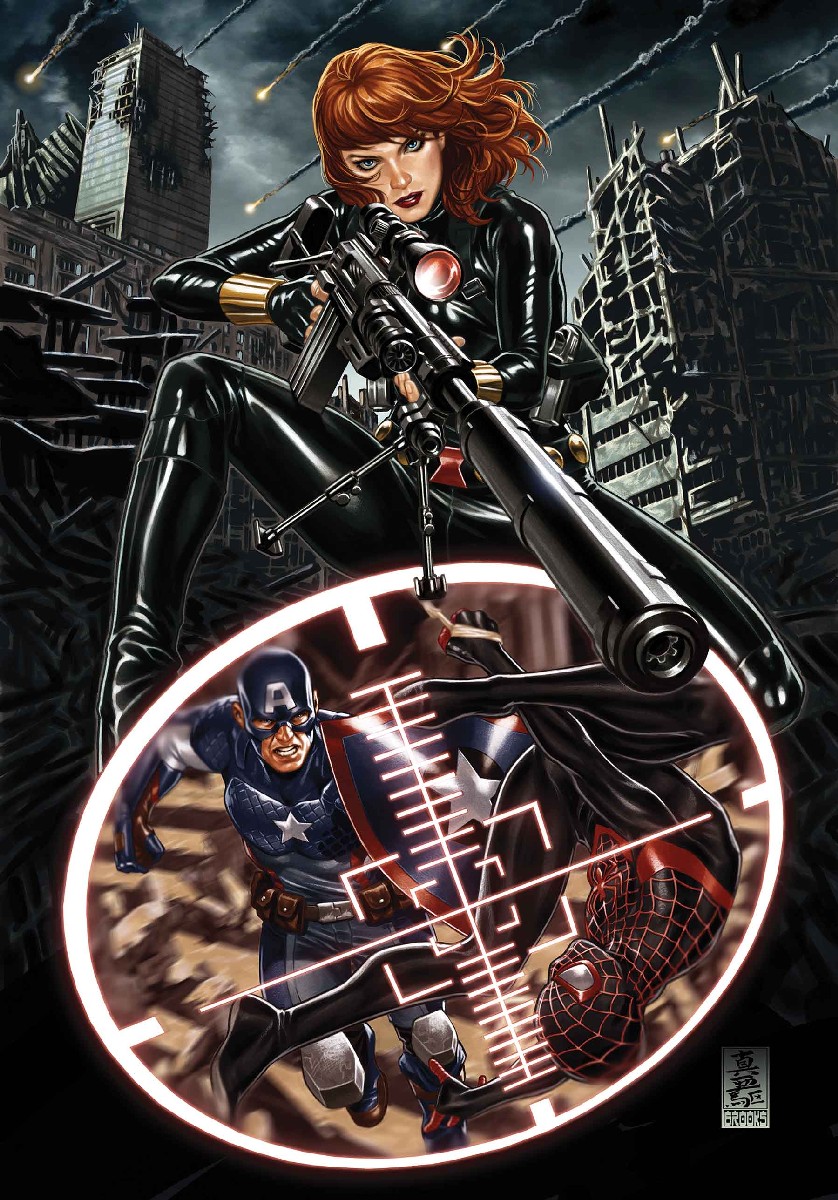 Why isn’t this bigger news?

Let’s give Marvel some benefit of the doubt before we dive into this head first. They probably didn’t expect that July 26, 2017, was going to be a rather insane news day. So attention spans were focused elsewhere. It’s certainly possible that on any other day the death of Black Widow would’ve struck a stronger chord. And that’s probably why it seems that this major comic news has slipped under the radar at the time of writing this article.

Also, let’s not kid ourselves, event comics usually contain at least one or two shock deaths. It doesn’t matter what the event series is about, it doesn’t matter who’s the star; if a major event is announced, there’s a significant chance that a beloved character will die.

Finally, it’s important to note that this could be a ruse. Black Widow, could be up and about wrapping her legs around people’s heads in the next issue. Fake outs happen way too often in superhero comic books, and publishers really need to be smarter about them.    Plus, even if she is “dead” she will most likely come back eventually. The afterlife of the Marvel (and DC) universe is a bit more lax on the whole “eternal” aspect of death. But, even if the 26th was all about Marvel, and no other news came out, I’m willing to bet that Black Widow’s death wouldn’t have turned any heads. Because Marvel has finally done it. They got to the place I’ve always feared they’d get to, and on a much larger scale than I expected

So, why did they kill Black Widow?

There are two answers to that question, so first let’s talk about it in terms of story context.

During Civil War II  the world was given a glimpse of the future through very convoluted means. In that glimpse of the future Spider-Man (Miles Morales, not Parker) was seen killing Captain America. It was a rather jarring panel that caused a lot of questioning, and confusion amongst both the characters in the story and fans reading it.

Of course, nobody knew that Cap was a double agent for Hydra at the time.

Flash forward to the events of Secret Empire. 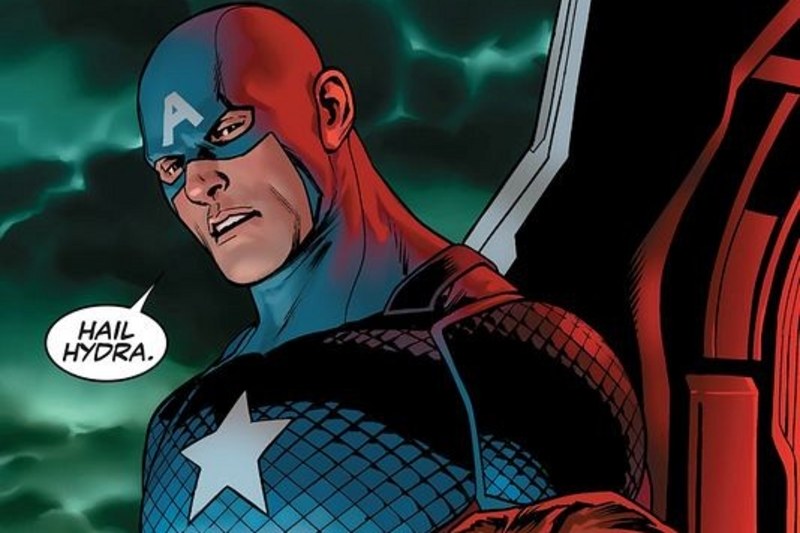 With Cap taking over the world lots of our favorite superheroes splintered off into resistance groups. Black Widow is leading one of these groups that contains most of the younger superheroes: Riri Williams, the new Falcon, the new Wasp, Amadeus Cho, and of course, Miles Morales. Black Widow is trying to train these young, naive heroes to be willing to solve these issues with more permanent solutions. Miles Morales is there, because he feels that since everyone thinks he’s going to kill Cap, he may as well face his destiny.

After getting the impression that all of her friends might be dead from a fake out in the last issue (I said there would be spoilers damn it!) Black Widow rallies her team up to assassinate Hydra Captain America. Right before this, Miles confides to her that he feels like he needs to be the one to kill Cap. Black Widow refuses, because she “doesn’t see him as a killer.” Even though she was training him to be a killer. So, make of that what you will.

But, Miles faces down Cap anyway. Black Widow is shocked and jumps out to try and save him from Cap, but gets killed. Miles goes into rampage mode, and beats Cap down, but doesn’t kill him, because he’s not a killer. And nothing of any importance actually happens in this story.

Okay, but WHY did they kill Black Widow?

Shock deaths ignite an audience, and an emotional audience buy more books. Hulk died last year; the story made national news and caused a sizeable amount of online rage. This tactic is constantly used by Marvel (and DC) to sell books. In the past ten years of comics there have been a staggering amount of shock deaths. Most of the characters who died came back a year later.

Black Widow is Marvel’s most well known female superhero for the mass audience. She has the most recognition from the films. She’s played by one of the most beautiful/popular actresses in the world. And there’s a large group of people still demanding that she gets her own movie. Marvel’s editorial staff probably thought that this was going to be the “Oh snap! Things just got real!” moment. 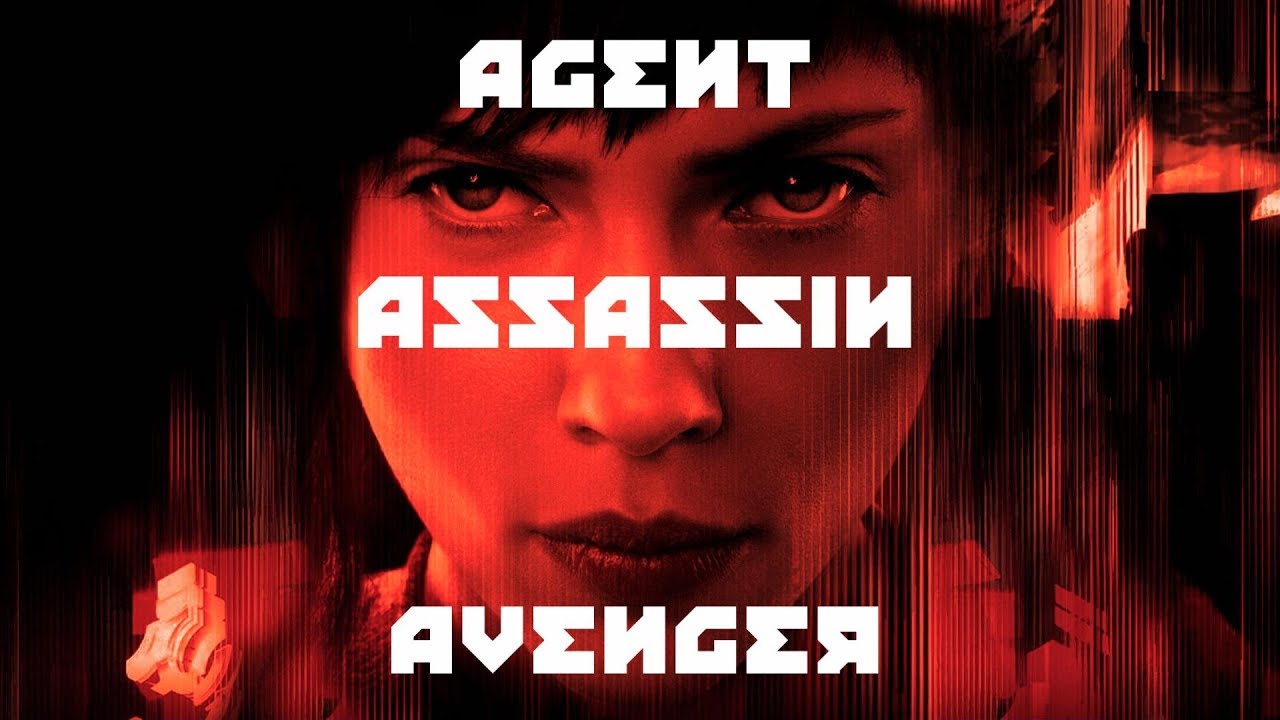 This move was a marketing strategy to breathe more life into this series.

For a move like this to hit properly there needs to be a large reaction. Much like with the Hulk’s death last year. There wasn’t really any outrage on Twitter say for a few tweets from fans. Google only lists seven articles that even mention her death. The big reveal fell flat on its face.

Why doesn’t anyone care?

First of all, most comic book fans (especially fans of Marvel) can see through all the bull. We know when we see sales gimmicks and marketing tactics. Character deaths are often treated as ploys to get people talking about the industry. This has been true since the death of Superman back in the early 90s. However, after over two decades of crappy shock deaths designed to get people to buy comics, we’re sick of seeing them. The death has lost all meaning.

It’s further undercut with the knowledge that these characters will eventually come back in one way or another. Why bother mourning a character’s death when they will most likely come back in at least a year. Who wants to set up the “How long Black Widow has been dead” counter?

Second, the death didn’t have much weight to it. The way the panels are laid out, doesn’t evoke any new kind of drama. It just kind of happens, and feels more bizarre than tragic. It’s something we’ve seen a thousand times before. The only difference is that now it’s Black Widow.

So, what does this all mean?

Black Widow’s death is a symptom of the larger problem of Secret Empire and Marvel as a whole. This entire event was marketed, and branded under the idea that this event will shock you. Nothing in the series has warranted that shock, or outrage. It’s a bland book that doesn’t offer much commentary, action, drama, or even stakes oddly enough. There are some nice character interactions, but so much of the book doesn’t move at a natural pace. It oozes all over itself with no clear direction.

The series is like that kid in class that’s always trying to grab everyone’s attention, but when it finally does everyone realizes it has nothing of value to say.

It’s a shame, because the concept of the story is worth exploring. The idea that Captain America can be corrupted hits close to home with our current political climate. But the book does not deliver that story. It is branded as this groundbreaking shock material, but instead it is a disjointed story being shepherded by a lazy, ineffectual editorial staff that cares more about pleasing a bottom line than telling powerful stories.

It is not worth your time, or money. But, maybe this is the kick in the ass Marvel needs to wake up. Because, if we can prove to them that we are over their obvious shock death sell tactics, and ignore these bloated event comics, we might be able to see more consistent and better stories. Or at the very least, a more cohesive universe.

Black Widow’s death does not stop the world from turning Marvel. Either catch up with us, or stay in your little world where you think we still care.