SAVAGE #4: Laughing With The Gauche, Laughing At The Mad

Savage #4 ends Valiant Entertainment’s absurd action-comedy on May 12. Writer Max Bemis gives each major character a humorous dynamic to clash with. Artist Nathan Stockman gives the issue all of the energy of a slapstick cartoon. Triona Farrell colors these segments to further energize the events taking place, and Hassan Otsmane-Elhaou accents everything with specially designed lettering. 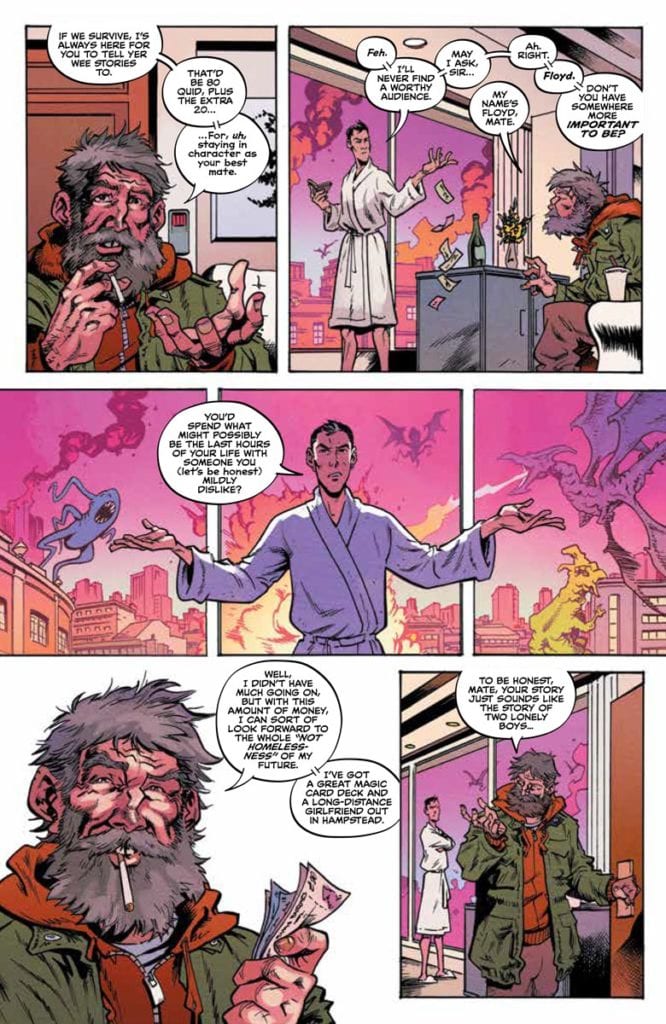 For Savage #4, Bemis has the issue focus on the character dynamics of the main cast. Between Kevin and Henry are brothers who bring out the worst in each other. Calling back to Kevin’s lack of proper social skills, Henry isn’t really honest with himself partly because of his reference point. Every talk Henry has with someone reveals his self-duplicity, where he mixes half-truths with his feelings of inadequacy. Compare this to how Kevin speaks with Mae, where he has actual conversations complete with Stargate references. Unlike how the villainous Nealon sees the other three characters as a means to an end. It’s all pretty easy to find characters to like and hate with how they interact. 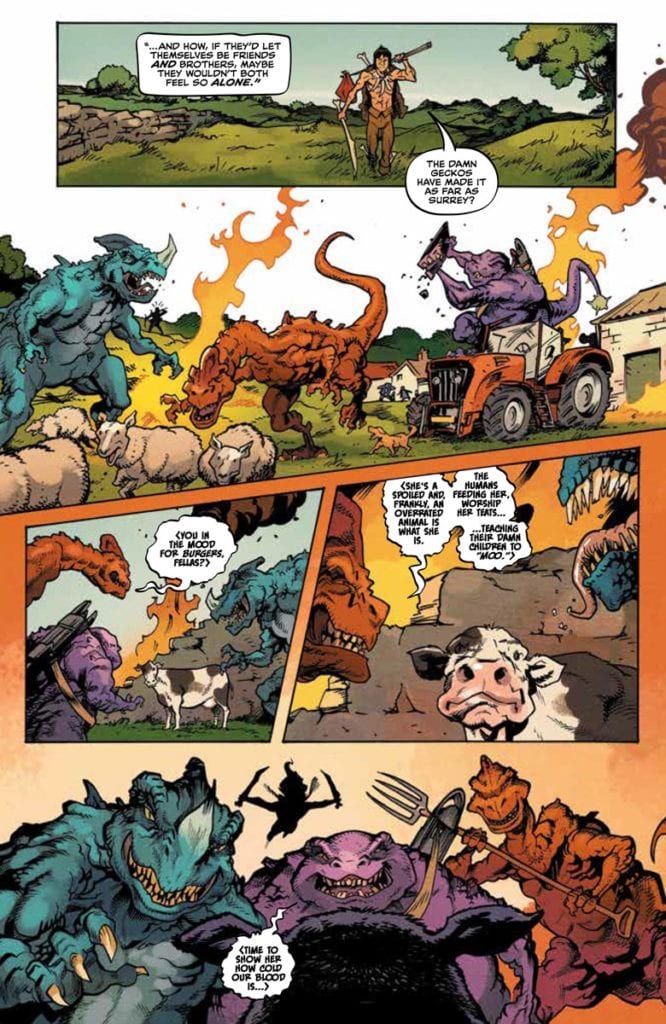 Savage #4 features highly energetic art from Stockman. Savage’s actions have this strong sense of anticipation where throughout the page, his wild movements wind up for an attack. The attack, in turn, is delivered in such an exaggerated fashion it actually looks rather cartoony. That’s to say nothing of the bizarre designs of the dinosaurs with equally surreal coloring by Farrell. I mean, they even have a language that Savage can speak in rough-looking speech balloons by Otsmane-Elhaou. Which along with hand-drawn sound effects like when Savage brutally beats a dinosaur, adds to the overall absurdity

Savage #4 finishes its most enjoyable run by fully embracing the absurdity that comes with being an awkward teen. With a character that readers can laugh with, such absurd story developments are normalized. A reader can’t help but wonder what will come next for Kevin Sauvage Jr.

Savage #4 ends the series in the most absurd way possible, making two self-aware awkward teens fumble their way through slapstick actions.SAVAGE #4: Laughing With The Gauche, Laughing At The Mad