Rom: Dire Wraiths #1 is a sci-fi throwback with a modern feel and IDW’s latest title for the legendary Spaceknight, Rom. The double-sized issue contains two stories, both written by Chris Ryall and lettered by Shawn Lee, with Luca Pizzari (pencils/inks) and Jim Boswell (colors) providing the art for part one and Guy Dorian Sr. and Sal Buscema (pencils/inks) and Ross Campbell (colors) doing the work for the second tale.

The first half of the book sees an alternate Earth where the American moon landing of July 1969 is altered somewhat. While there are still three astronauts making what the world believes to be a historic first contact with a new celestial body, there’s already a space station called Adventure-One located there. Adventure-One is manned by an international (and diverse) team of heroes looking for possible alien/monster activity in the area.

Cut to a quartet of our titular villains hiding on the moon, waiting for the Eagle to land so they can hijack it and travel to Earth to begin their takeover. For those unfamiliar with the Wraiths, their primary ability is to inject themselves into a target, not only to absorb their victim’s essence but actually becoming that being physically with their memories and abilities intact. The Wraiths were traditionally a Rom antagonist, but for me, their best outing was chronicled by Chris Claremont starting with Uncanny X-Men #185, the arc in which Storm lost her powers. The highlight was the following issue, the brilliant “LifeDeath” story penciled by Barry Windsor-Smith, who drew them as no one had before or since. 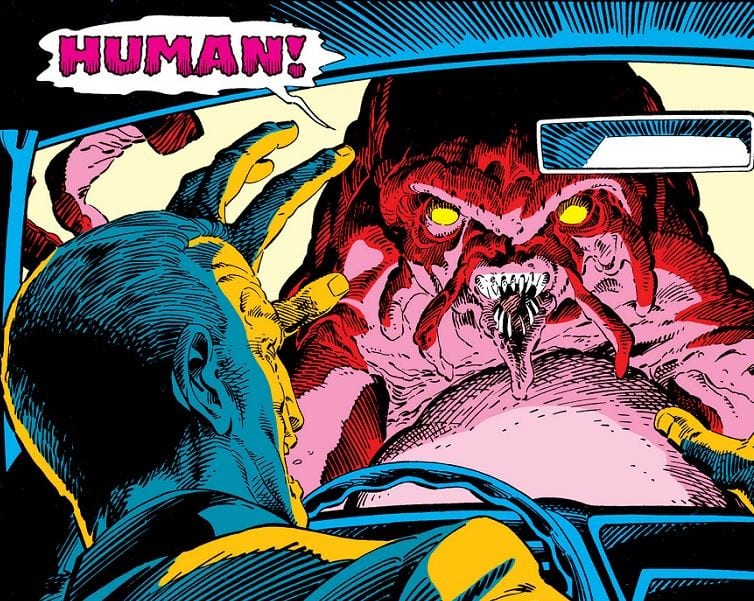 (Well, for another second or two, anyway.)

Ryall’s handling of the bad guys is a fun look back at the sci-fi comics of the Silver Age, which is appropriate given the story’s timeline. Instead of evil aliens bent on annihilation solely for its own sake, these Dire Wraiths are given human traits. Depicted as monsters with a desire for conquest, they also bicker and snipe at one another, giving them enough “humanity” to not necessarily empathize with them, but to at least have an understanding of what they’re about.

As the Adventure-One crew heads to the moon to meet the Americans, the Russian—the only one with experience fighting monsters—complains she isn’t going down there without a weapon. The rest tell her she’s paranoid. You see where this is going. Back on Earth, the team at Kennedy Space Center in Florida realizes they have a problem, and that’s when the fun begins.

Pizzari’s art is superb, combining a modern realistic flair with just enough of a Silver Age vibe that gives it an EC Comics touch. It’s a strong callback to the famous and controversial “Judgement Day” story from Weird Fantasy #18. His work is complemented by Boswell’s colors, continuing the feel of the modern and the Silver Age with both crispness and a look that doesn’t give the story a dated feel. The lettering done by Lee is solid. Strong lines providing a steady read, but nothing outlandish that detracts or distracts from the story.

The second story is a flashback of the events leading to the first one, showing how the Wraiths got to the moon in the first place and their battle with Spaceknight Dhorian. This story is darker, and we have our first appearance of Rom, along with the bear-like Spaceknight Nikomi. While we see the Wraiths kill in the first half, Ryall uses this second story to give some real insight into how evil and bloodthirsty they really are. The final panel provides a disturbing harbinger of things to come. 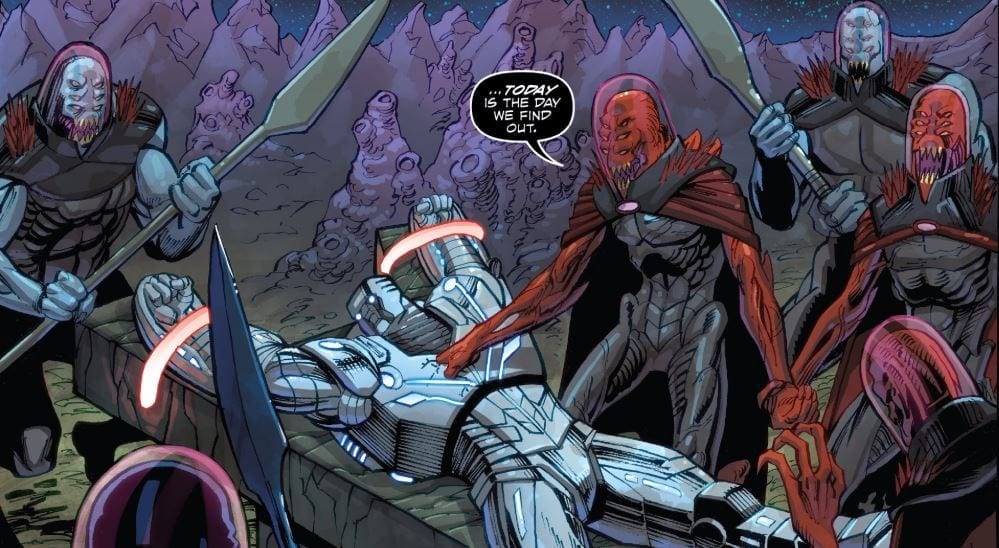 (The Spaceknight physical tends to be pretty invasive.)

I’ve always had a weakness for Buscema’s pencils, going back to his mid-80s run on the Avengers and his partnership with Dorian continues the book’s mixture of old-school and modern. Campbell’s colors work in perfect concert with the art.

Rom: Dire Wraiths #1 is a great book that feels big based on the characters and story but has enough of an indie vibe to harken back to the great sci-fi comics of the past.

Are you excited to see the return of Rom? Let us know in the comments below! 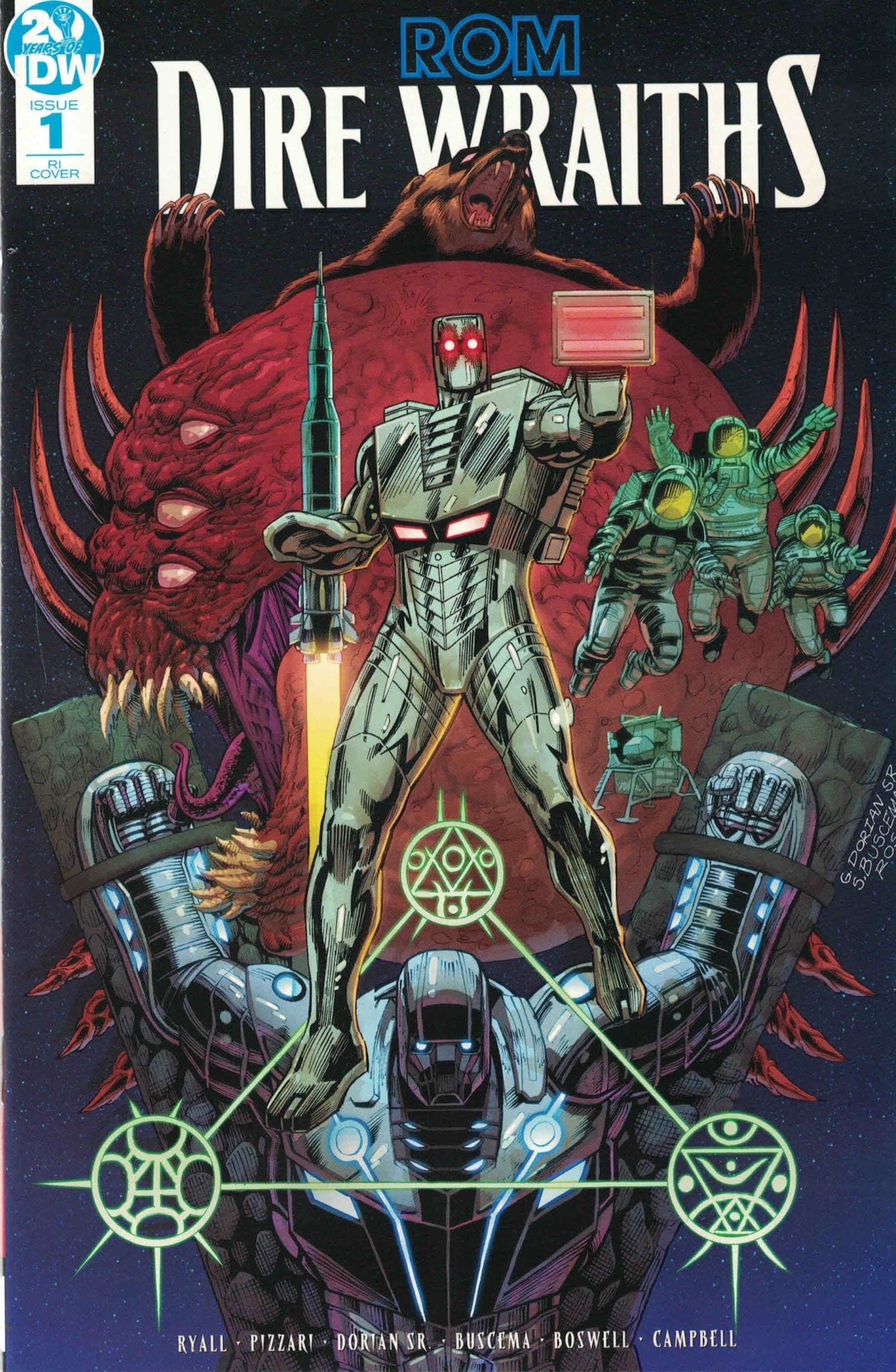