Review: YOU ARE OBSOLETE #1 – A Leisurely Stroll Through Secluded Hell

The children are smart, clever, and creepy as @#$% in You Are Obsolete #1, out this week from Aftershock.

You Are Obsolete #1 is a very disturbing and ominous first chapter as we are slowly introduced to the island of Muhu and its unusual inhabitants. In the spirit of a genuine supernatural horror; suspense simmers throughout the entire issue. 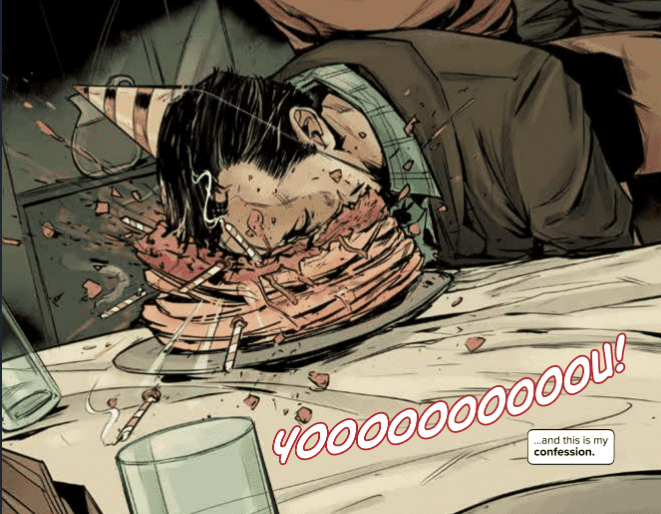 Mathew Klickstein is the writer and creator of this new chilling tale. Evgeniy Bornyakov creates a beautifully haunting setting while Lauren Affe brings art to life with vivid colors. Simon Bowland is tasked with lettering the eerily silent environment in You Are Obsolete #1.

Aside from the opening birthday celebration, this story starts off quietly. The island of Muhu extends a sense that every little sound can be heard for miles. There were a few missed opportunities for some more onomatopoeia and to showcase lettering talents when music was being played, and an instrument is broken, but that could’ve easily been removed as superfluous detail that would’ve gotten in the way of Bornyakov’s beautiful artwork. 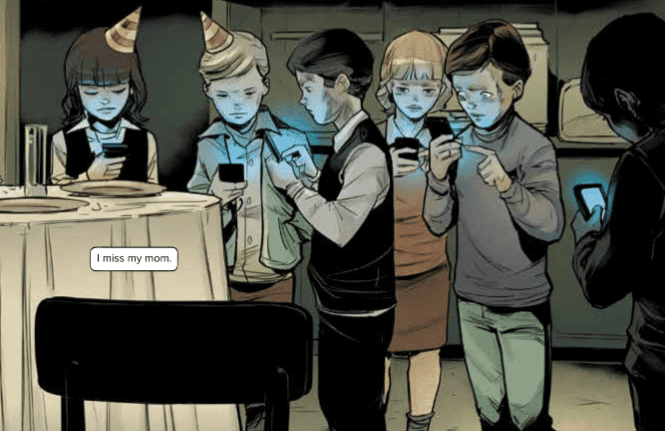 Bornyakov is not an artist I am familiar with, but after seeing the beautiful work on this book, I will be on the lookout for future projects. This Russian artist masterfully captures absolute terror in the faces of the adults, and even though they are trying to smile as wide as they can, the fear lingers in their eyes.

The ruling class of children appears stoic and menacing, yet very reserved, and in a few panels, they seem to be practicing the creepiest clown car routine ever conceived. The issue has some sketches at the end that showcase Bornyakov’s ability to express true emotions on the faces of his created characters.

Muhu is one of those small towns you would never see unless you drive through it on a road trip, and the detail in every building is not taken for granted. Even the bell on the counter of the bed and breakfast reflects the surrounding room. 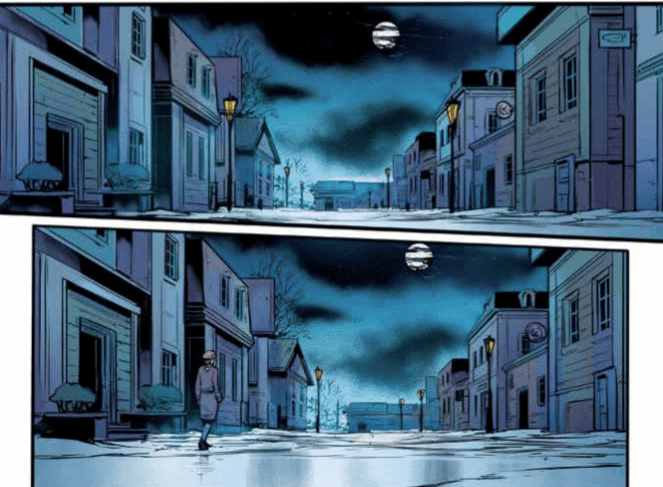 First issues are usually when the story tries to pull you in with some action, but You Are Obsolete #1 relies on mystery and intrigue. Details are sparse, and throughout the issue, Lyla, our narrator, is kept in the dark about precisely what she is supposed to be doing for the children. The children have arranged everything, and the adults feel like they are kept around merely for entertainment.

Village of the Damned comes to mind almost immediately after Lyla’s first encounter with her cab driver. Something dreadful is afoot, and the depth of what she is dealing with is a mystery. Typically children don’t eliminate every adult over 40 for no reason at all. What happened to these children? What are they hoping to accomplish by having Lyla tell their story?

You Are Obsolete #1 is a mysterious horror with a deliberate pace similar to stories like Twin Peaks and Gideon Falls. Building suspense is a tried and true tactic used to produce scares in every horror story and to create more anxiety and anticipation, but some horror tales just try to make you feel as uncomfortable and awkward as possible. We’ll have to wait and see what You Are Obsolete has in store.

What did you think of the first issue of You Are Obsolete? Let us know in the comments below.

Review: YOU ARE OBSOLETE #1 - A Leisurely Stroll Through Secluded HellYou Are Obsolete #1 is a slow burning mystery horror that will keep you on the edge.