Review: The Queen Returns with VAMPIRELLA #1

The story picks up from Vampirella #0, a Free Comic Book Day 2019 title. However, readers can still gather most of what’s going on without the prologue’s help. Vampirella—the only apparent survivor of a plane crash—tries to convince a psychiatrist of her story. Through their conversation, we see the events that led up to this moment as she tracks the immortal Von Kreist on the plane.

Writer Christopher Priest takes on writing duties for the title. With Vampirella #1, he presents an interpretation of the character that feels lonelier and more vulnerable than most incarnations. It’s a different direction than what we’re accustomed to, and an interesting change.

Priest tells the story through the frame of Vampirella speaking to a psychiatrist, Dr. Chary. This can be a useful storytelling device, allowing characters to exposit while still making the exposition feel like it’s part of the narrative. That said, the exchanges between these two are a weak point in the book.

For a trauma specialist, Dr. Chary has a pretty terrible bedside manner in Vampirella #1. He constantly challenges and discounts everything Vampirella says. His characterization constantly wavers between “curious man of science” and “beleaguered school counselor.”

Through all the exposition, we don’t have a firm grasp on why Vampirella is tracking an immortal on a crashing plane. This isn’t necessarily a problem; after all, it’s just the first issue, and everything need not be spelled out for us right away. However, there’s not much else to ground readers in the story outside that.

Von Kreist’s lines help, so it’s useful for the sake of context to either speak German or use Google Translate. He calls Vampirella an “ungehorsames kind,” which translates to “disobedient child” or “child who won’t listen,” and tells her “beobachte wie deine träume sterben,” meaning “watch as your dreams die.” This makes more sense by the issue’s end, but is cryptic and not super-helpful in providing context or understanding.

Overall, the writing in Vampirella #1 is fine, but is a bit underwhelming. 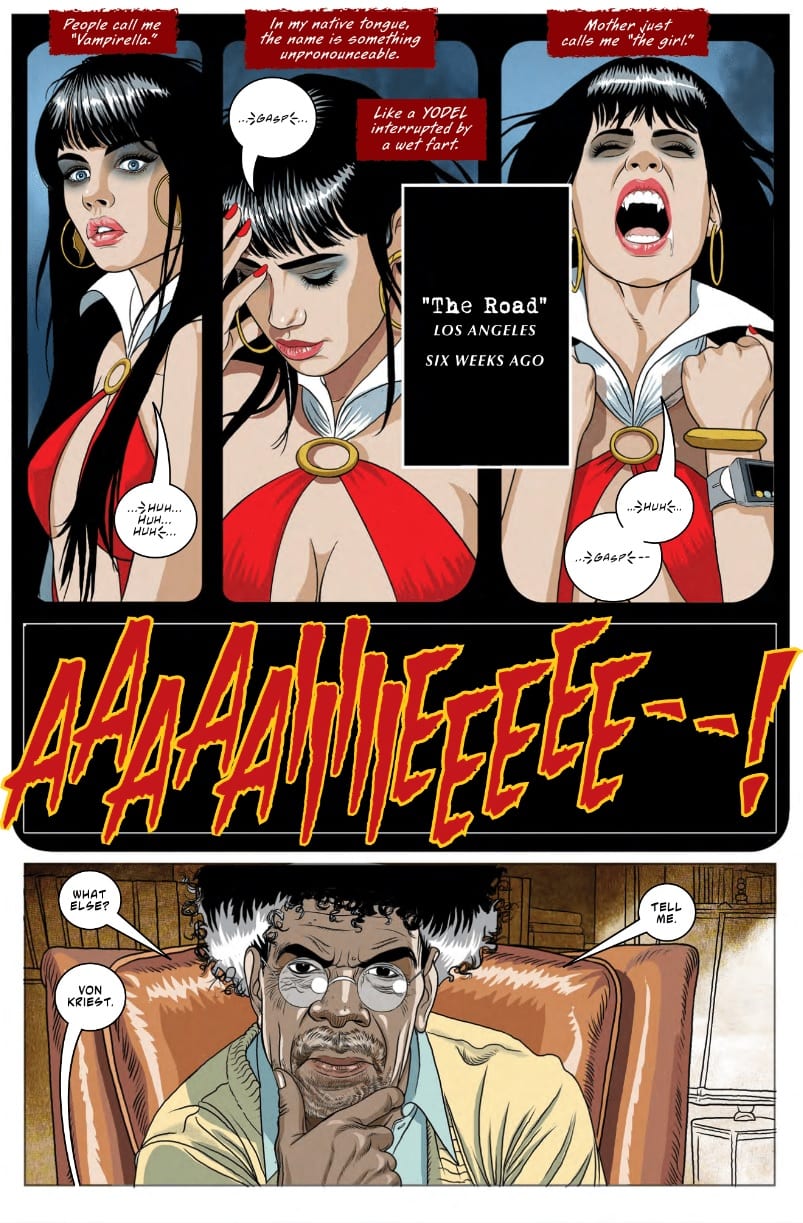 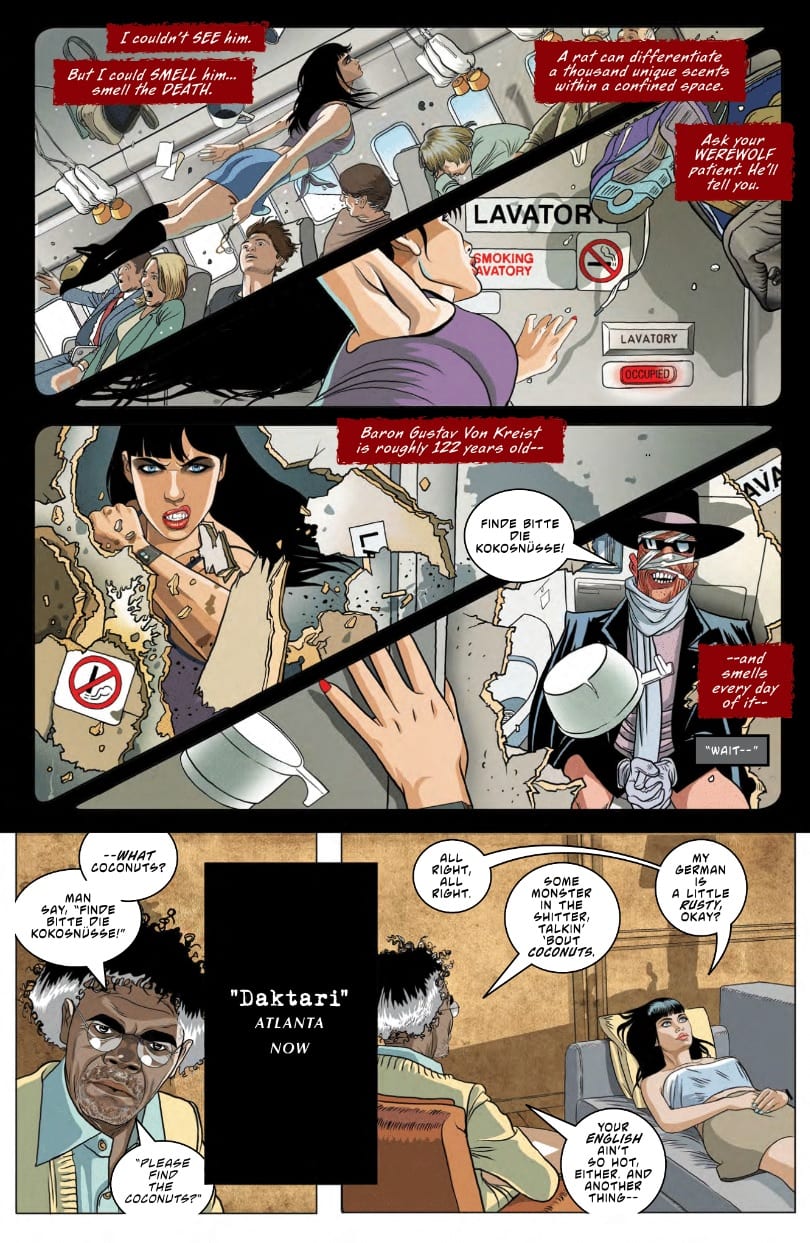 The artwork by Ergün Gündüz is one of the book’s strong points. He opts for a lot of crisp and detailed work, balanced by sketchy elements in the book’s first half that give it a dreamlike, almost impressionistic sense. His character designs are powerful, allowing for characters to express a wide range of emotions.

Vampirella #1 opens to the carnage in the wake of a plane crash, setting the tone for what comes next. Gündüz presents a lot of dynamic, eye-catching action sequences, coupled alongside sparse, minimal illustrations. The repetition of the latter sequences helps accentuate the drama while retaining their own allure. It’s a strong showing overall.

Gündüz also pulls double-duty, providing color work as well. He mutes many of the backgrounds, making them monochrome to keep focus on the characters. Flipping through the pages, one can tell he had a coherent and singular vision for the work.

Vampirella #1 is a solid start for the new series. Even if this issue doesn’t blow readers away, it feels like the team is setting us up for something good.

Review: The Queen Returns with VAMPIRELLA #1VAMPIRELLA #1 is a solid start for this latest incarnation of the character. The storytelling is not without flaws, but there's more here that works than that doesn't.