The final issue of David Dastmalchian and Lukas Ketner’s “Count Crowley: Reluctant Midnight Monster Hunter” is here, and it’s riddled with emotion and foreshadowing. Dastmalchian places the monster conspiracy in the background to bring Jerri Bartman’s heartbreaking story to the forefront and bring peace to the chaotic protagonist. The cathartic plot coupled with series-best artwork makes this finale the absolute high note of the story.

The end is near! Jerri Bartman is battling the bottle, supernatural beasts, and a compulsory knack for self-destruction. If she’s going to survive, she’ll have to stay sober long enough to put up a good fight, learn a thing or two about killing a monster, and face the most frightening fiend of all . . . her past. 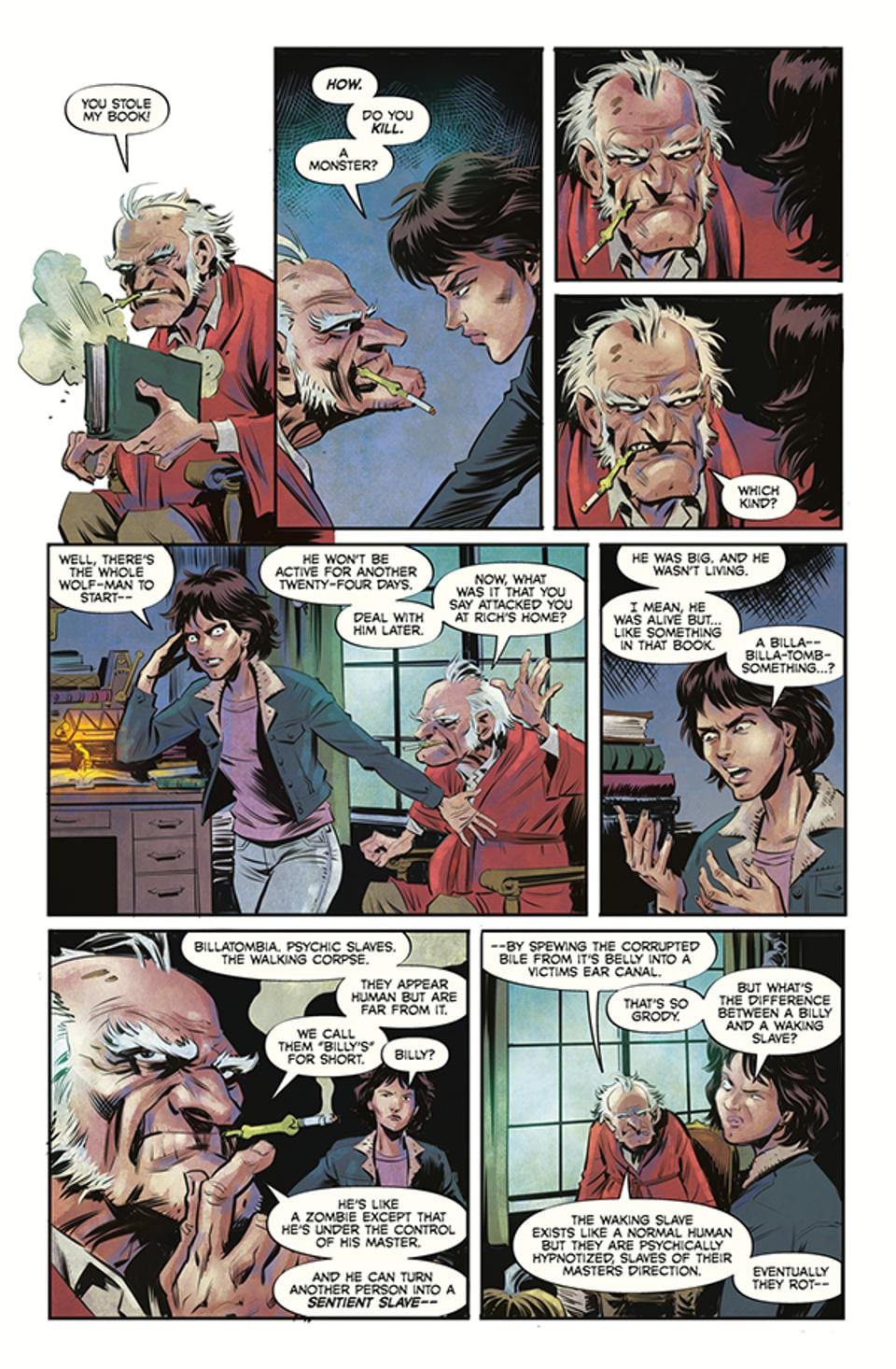 Writer David Dastmalchian has a tight focus this final issue on resolving the immediate monster threat and developing Jerri into an even more sympathetic and complex character than what we’ve seen so far. This is actually the first issue since the beginning that Jerri isn’t wearing her Count Crowley makeup. This small detail is actually a considerable plot symbol given what the audience discovers about her traumatizing past, as well as what she decides to do for her own development. Without entering spoiler territory, it should be said that there are very (very) few male writers who could pull off what Dastmalchian does with Jerri’s backstory and actually make appropriately sensitive. The character writing for Jerri is emotionally cathartic and emotionally compelling, and it proves that Dastmalchian knows what the hell he’s doing as a character writer. Unfortunately for B-Horror fans, the monsters take a backseat to the character development. While there’s still a fun melee to be had near the end, most of what wraps up this series’ main exterior struggle is expository dialogue about what types of monsters our favorite television host is up against. This is a minor mark against an otherwise fantastic script. 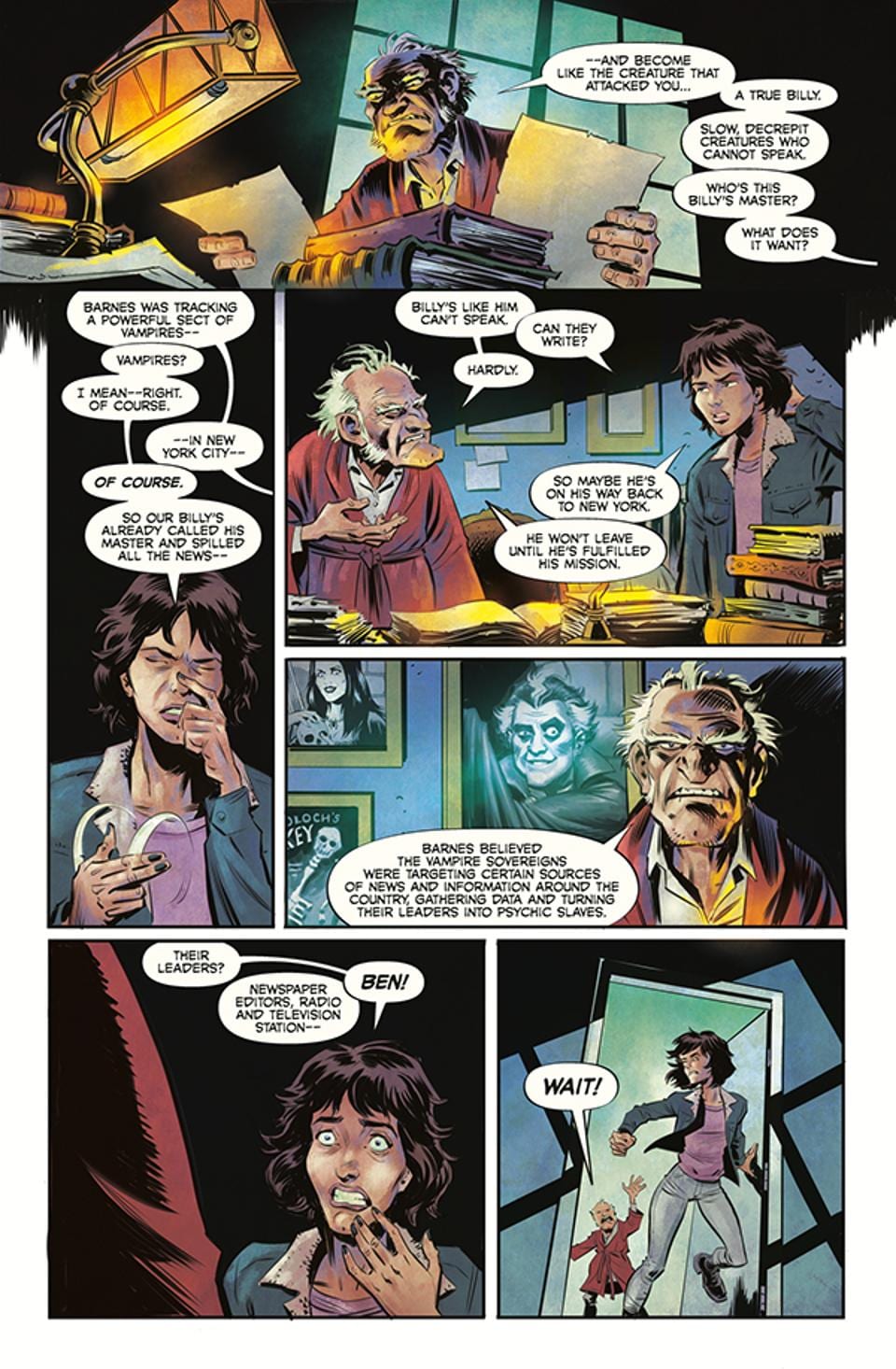 Lukas Ketner somehow manages to top his already stellar work on “Count Crowley” with what is without a doubt his most impressive art in the series. Ketner’s ever-present focus on character detail increases ten-fold to deliver on Dastmalchian’s crushing-then-uplifting script. Watching Jerri’s struggle from the top to rock bottom because of what she endured is made so heartwrenching because of Ketner’s incredible facial drawing. His environments and characters are as good as ever, but his work on facepaint-less Jerri is genuinely near-perfect. Lauren Affe‘s colors provide no small degree of daunting atmosphere to the flashbacks, as well as the grainy B-movie aesthetic to the rest of the comic. “Count Crowley” comes to an end with some of the most consistently appropriate and rock-solid artwork in comics of the past year. 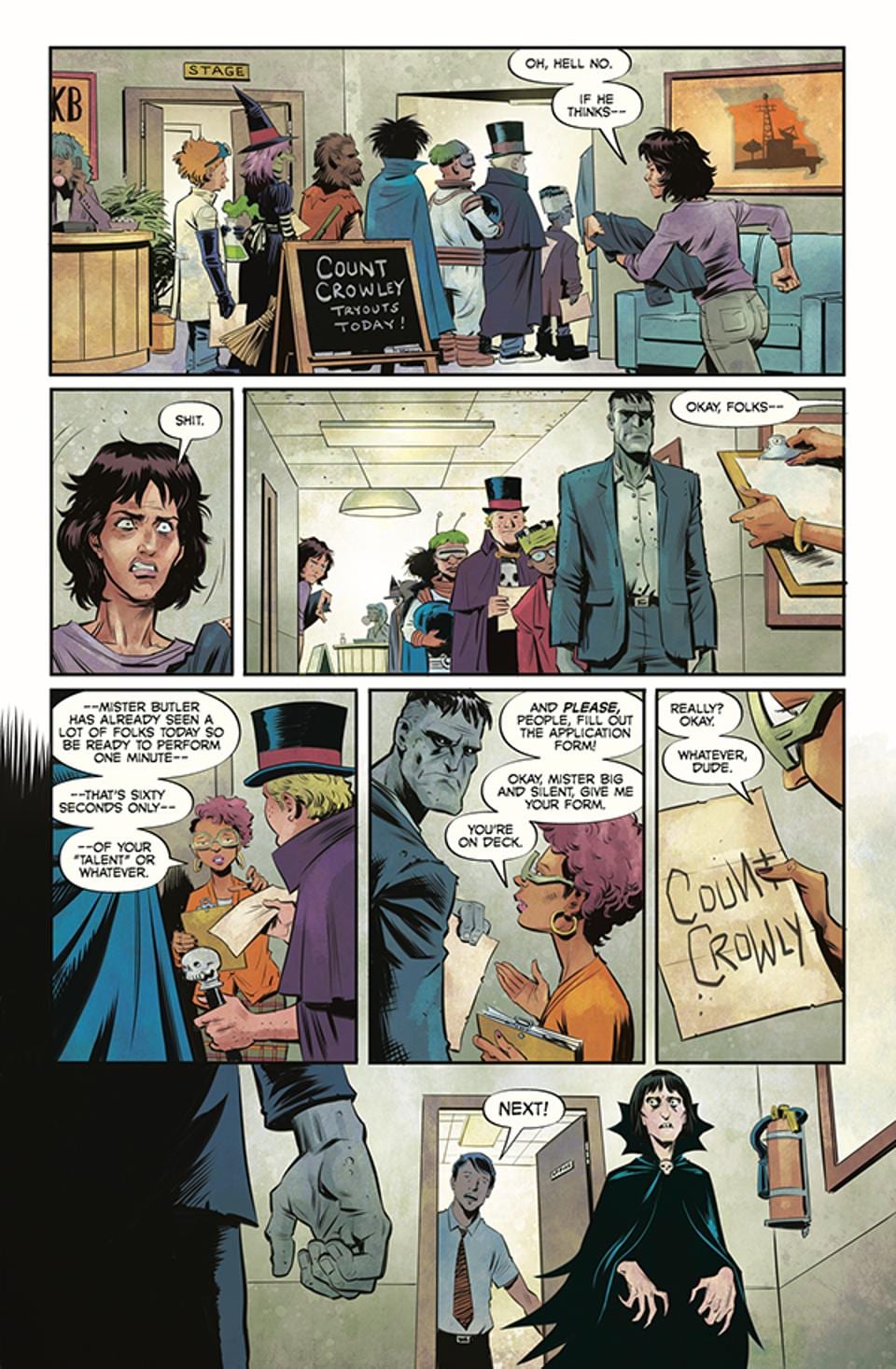 “Count Crowley, Reluctant Midnight Monster Hunter” #4 wraps up one of the most fun and surprisingly compelling comic series of the past year. The choice to end on a character-focused high note comes as a minor cost to the movie-monster plot’s pacing, but Dastmalchian has dropped numerous hints that we haven’t seen the last of Jerri Bartman as Count Crowley. Artists Lukas Ketner and Lauren Affe deliver their most impressive work in an already superbly made series. The trade paperback collecting all four issues is scheduled to drop in May, so do yourself a favor and order it from your local comic shop for and get ready for some monster-laced and bourbon-soaked feels!

Review: Triumph and Disembowlment in COUNT CROWLEY: RELUCTANT MIDNIGHT MONSTER HUNTER #4A cathartic finale that promises more for the future.