Characters struggle to survive in Transformers #18 by Brian Ruckley, Umi Miyao, Bethany McQuire-Smith, and Josh Burcham. Does this story of survival draw in the reader or it is a side story to a more pressing plot point?

“Run.” Calamity has befallen Cybertron. The only reasonable option for many bots is escape—leaving the planet in hopes of safety. Arcee and Greenlight need to get their mentee, Gauge, off-world to protect her, but first they’ll have to find a shuttle! 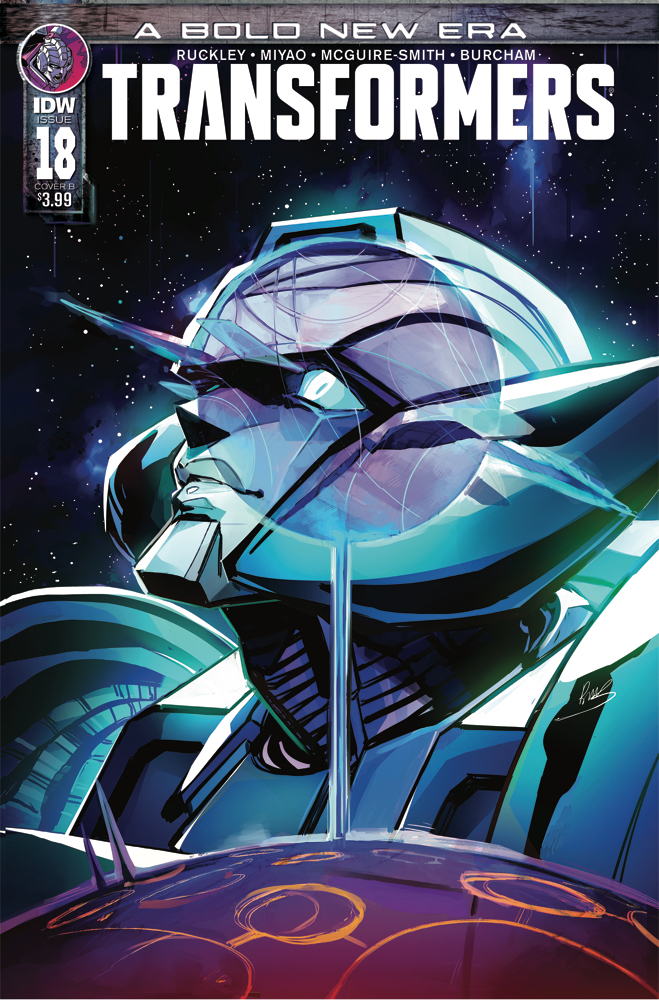 It seems like an odd time to focus on a pure character-driven issue. A Titan is attacking the planet and will cause untold destruction. It might be more prevalent to focus on the bigger problems instead of setting up character arcs. Still, even though it feels like a major shift, this is the type of story where Brian Ruckley seems to shine.

The issue is a personal story between Arcee, Greenlight and Gauge. It shows off Arcee’s protective side as a mentor and how she is willing to charge straight into gunfire if it means getting a punch in when her young student is hurt. Showcasing how characters react to major changes in the world is the type of story Brian Ruckley pulls off with ease. Though it would be preferable to focus on the giant robot tearing up the planet, this story is still charming and sweet. 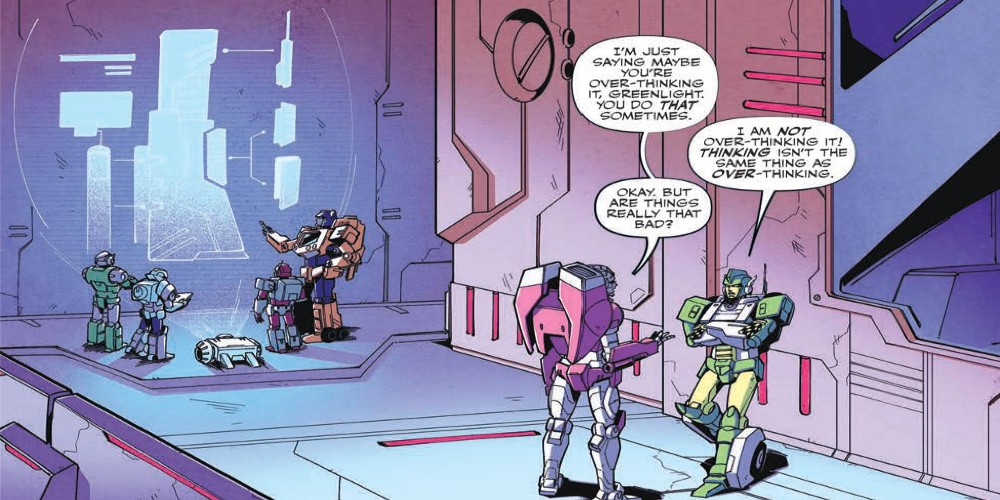 The art styles between Umi Miyao and Bethany McQuire-Smith blend very well to the point it’s hard to tell the difference between who does which pages. The pair’s focus on emotion through character actions this issue helped to show the attachment Greenlight and Arcee have to Gauge (again, the scene with Arcee walking through gunfire was beyond memorable). The facial expressions alone help to get the reader more invested in the emotion.

Josh Burcham increases the sense of catastrophe and destruction happening throughout the issue. As the city is in ruins and characters are panicking, the use of darker colors to show damage and a sense of action as the carnage plays out. The coloring also helps to advertise the anger Arcee experiences in the issue. 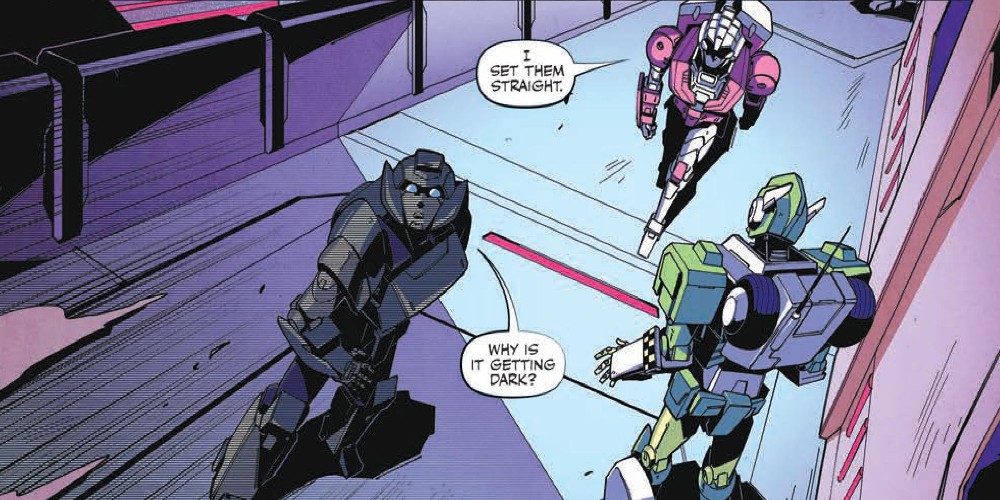 The lettering by James Woods helps with the flow of the story from panel to panel. Between buildings crumbling and gunfights, the placement of word bubbles adds to helping to direct the reader’s eyes. This allows for a great sense of action as the story plays out.

Though it seems more like a distraction from the impending crisis of a Titan approaching, Transformers #18 is still a good story. It tells a more personal tale and shows the depth of Arcee is in this new series. Hopefully, more stories like this will emerge and help fans to get more emotionally invested.