The world of Naomi gets stranger and more amazing.

Naomi is a character that is reportedly going to change the DC universe. Coming from a small town in Oregon, the titular character is an adopted child who wishes to learn about her past. For years, she couldn’t find any information until the day after Superman visited her town. Her investigation leads her to a quiet mechanic named Dee. He reveals to her that he came to the town the same time she was adopted as a baby, but nothing more. Unsatisfied with the answer, Naomi breaks into Dee’s shop at night only to find a picture of a younger Dee with a woman. This woman looks exactly like Naomi, which Dee claims he’s not ready to reveal. So who is this woman? 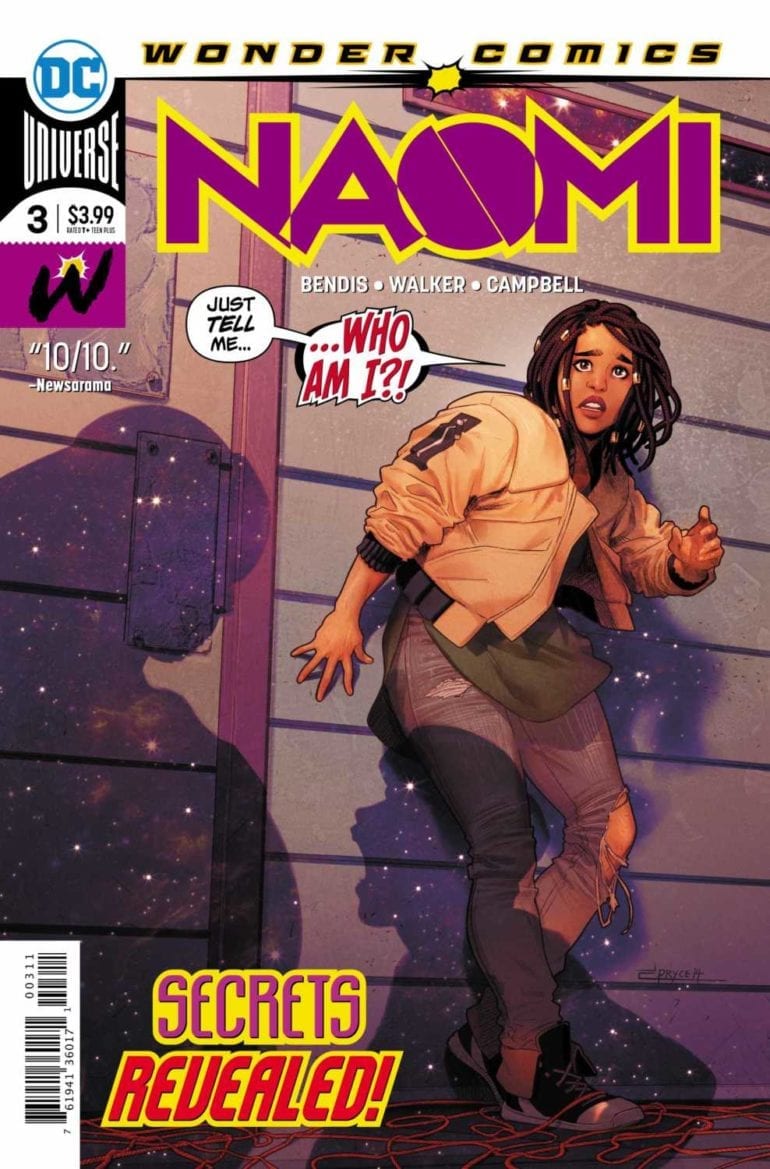 Picking up right where we left off, Naomi digs into Dee for information. She asks him if he is his father and that the woman who looks like an older version of her is her mother. Dee reveals that he is not her father, but a thanagarian. The woman in the photo was his captain who wanted to leave the life of war behind. Dee reveals to Naomi that he came to Earth after a mission went south and he is now trapped. Before he can tell anything about her adoption, however, someone intervenes: Naomi’s adopted mother. She sends the young girl to be with her father before giving Dee a piece of her mind. 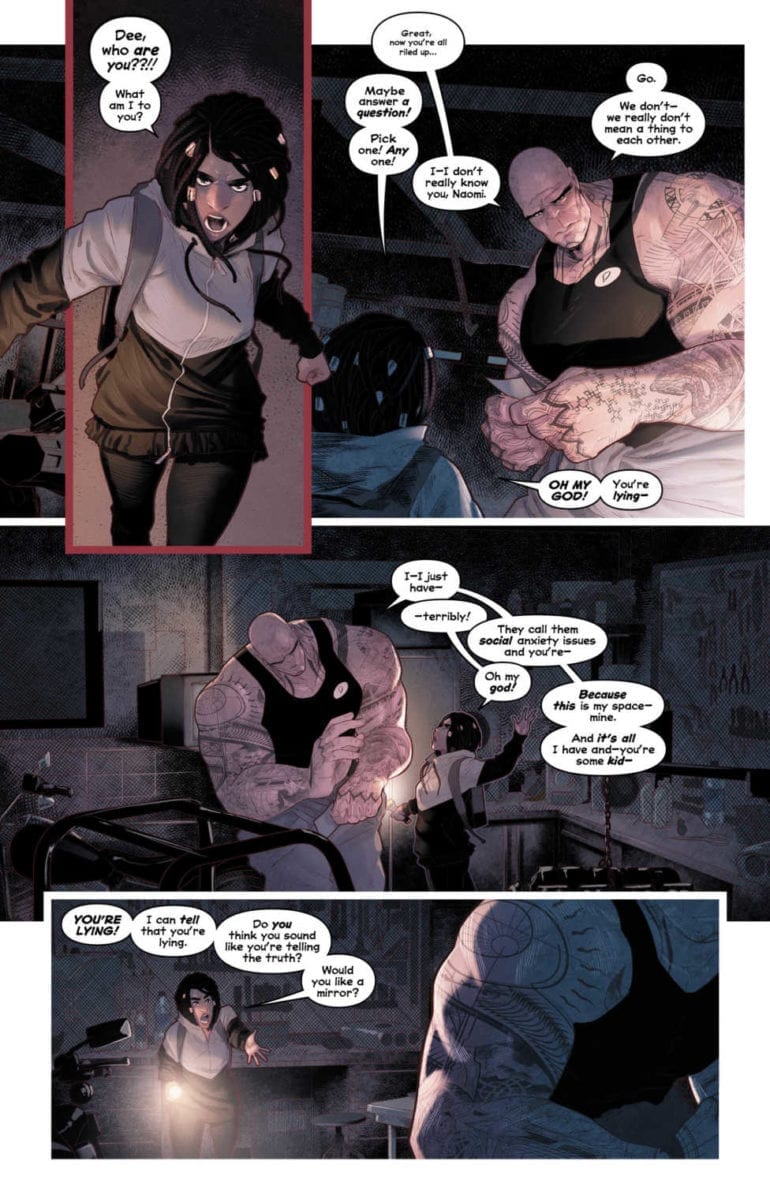 The reveal of Dee not being Naomi’s father was expected. His origin, however, was not. The story of Dee is incredibly intriguing; it almost made me want to leave Naomi behind to spend the whole issue seeing his adventure. Just when Dee’s intergalactic adventure was about to take center, Naomi’s parents come in with powerful emotional moments. The action from Dee’s flashbacks and the heart-tugging speeches the parents give us the best issue in the series so far. All of this comes to a head with a cliffhanger ending that will make readers clamor for the next installment. I can only hope the rest of the story can keep this up.

The art of Jamal Campbell continues to impress. The past two issues showed that he could make the world of Naomi realistic and beautiful. This issue he proves he can also show some kick-ass fight scenes. The history of Dee is told on this beautiful, epic spread that sees him going from battle to battle. From the out of this world battles to the cliffhanger ending, Campbell proves his illustrations are the perfect fit for this world. 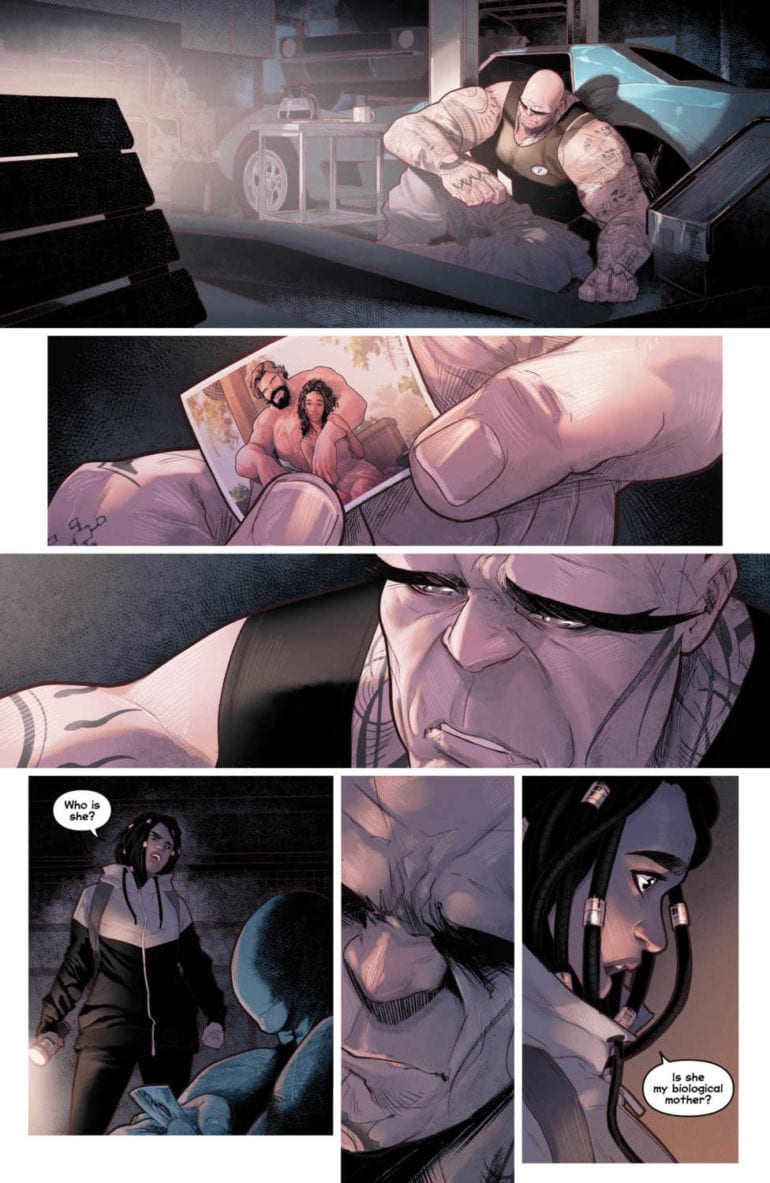 With the introduction of the spectacular elements of the DC universe, the story is finally getting on track. The reveal of Dee’s past and the Parents involvement is fantastic and kept this reader hooked. The art of Jamal Campbell is breathtaking and realistic one moment and badass the next. The journey of Naomi is getting more spectacular, and I can’t wait to see what comes next.