How does a show like The Walking Dead follow such a high stakes premiere? Last week, we go the answers to last season’s questions, pleasing many fans (but not all of us). Rather than pick up on the action of last week, however, “The Well” focuses on the few protagonists left out of the Negan action. It feels like a loss of momentum, but it’s something that had to happen. The show picks up the remaining loose ends before launching into the impending insanity of Season 7. The Walking Dead provides us a look into the characters it kept in the dark, with a fairly well-paced introduction of the Ezekiel, the newly emerging power player.

Carol and Morgan are two of the more distinct personalities of the show. We’ve seen their dynamic evolve over the past season, as they slowly become more amicable. “The Well” introduces a new dynamic to each, which will likely play out in different ways for each. Morgan is more open to violence against humans, shown by his gun handling and apprehension towards coaching Ben. Carol’s flashes of seeing walkers as people may be a one-off novelty, as it doesn’t seem to affect her slaying abilities. However, it’s clear she’s not quite the unfeeling badass she once was. If nothing else, seeing Carol reprise her role as the unassuming housewife is rather amusing. These two characters are interesting, but not enough to make me forget about what I want to see of the main group. 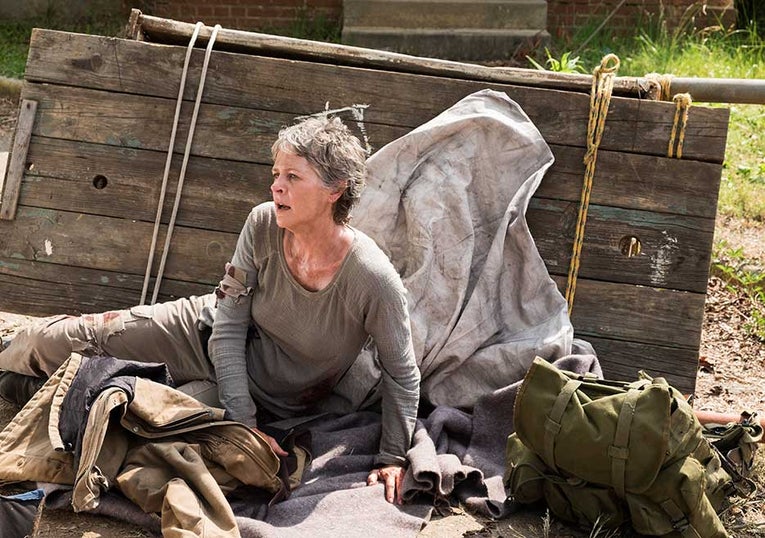 Ezekiel is a peculiar new addition to the series. The Walking Dead has set a high bar with Negan, the show’s newest antagonist. Throwing yet another new character into the mix, so quickly after Negan, is a risky move. Thankfully, Ezekiel sets himself apart just enough to feel interesting. His self-awareness about his phony personality could prove to either be entertaining or obnoxious. Particularly if they let this community theater actor identity undercut the capable leader he is. It will largely depend on how much they play up his kingly attitude, as opposed to his more real persona. The same rationale applies to how cool Shiva the tiger will be. If she’s made into a cool-looking cheesy novelty, rather than a Lucille-like companion, it’ll likely get old.

As someone who hasn’t read the comics, it’s interesting to see what they’re setting up here. Having a character named King Ezekiel ruling The Kingdom seems foreboding. Perhaps this will be the next big power colony meant to take on Negan. It’s certainly more memorable than The Hilltop, which we saw for one episode last year. However, The Kingdom might prove to be another Deanna/Alexandria situation, where Rick & Friends take out the ruling class, taking it over themselves. While Carol and Morgan are separated from the main squad, it’s nice to see the world is well-connected. If Rick, Ezekiel, and whoever the hell lives at Hilltop these days team up, then they just might be able to take down Negan.