Writer David Dastmalchian brings in more monsters, personal issues and small-town mystery with “Count Crowley #2.” This second issue keeps the quick, natural dialogue from the first issue while also creating a fast-paced and suspenseful plot that will leave you hungry for the next chapter.

After her late night run-in with a werewolf, reporter Jerri Bartman goes on a hunt for clues regarding the whereabouts of the last person to play as T.V.’s Count Crowley. Her new mission to track down the man causing her so much trouble will take her to a true house of mysteries – complete with a deadly secret of its own. 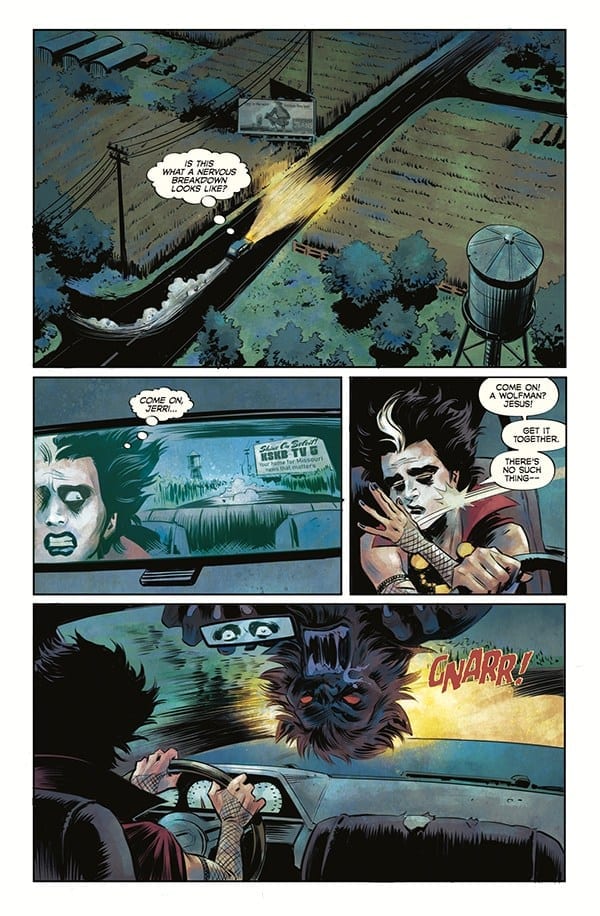 Series writer and actor David Dastmalchian creates a serious page turner with the second issue of “Count Crowley.” The pacing, from a gripping opening chase sequence to quieter investigative moments, is given the tight work of a practiced storyteller. No parts feel like they detract from the story and all the pieces mesh together in an issue that manages to do some considerable storytelling in only thirty pages. Part of the pacing and character development that’s so well done is how the small town and Jerri herself are fleshed out without getting bogged down in exposition. There are sudden moments of looking at photographs or quick conversations with other characters that remind the reader just how vulnerable of a character Jerri is. Her personal problems are a compelling subplot beneath the monsters and mysteries. The dialogue still remains quick and natural, with Jerri’s nonchalant attitude mixed with shock and disbelief. If there was one minor nitpick, it’s that the end is a bit of an awkward cutoff. It’s certainly that sort of end that builds suspense for the next issue, but in a way that comes off as more annoying than intriguing. Overall however, this is a very tightly written issue. 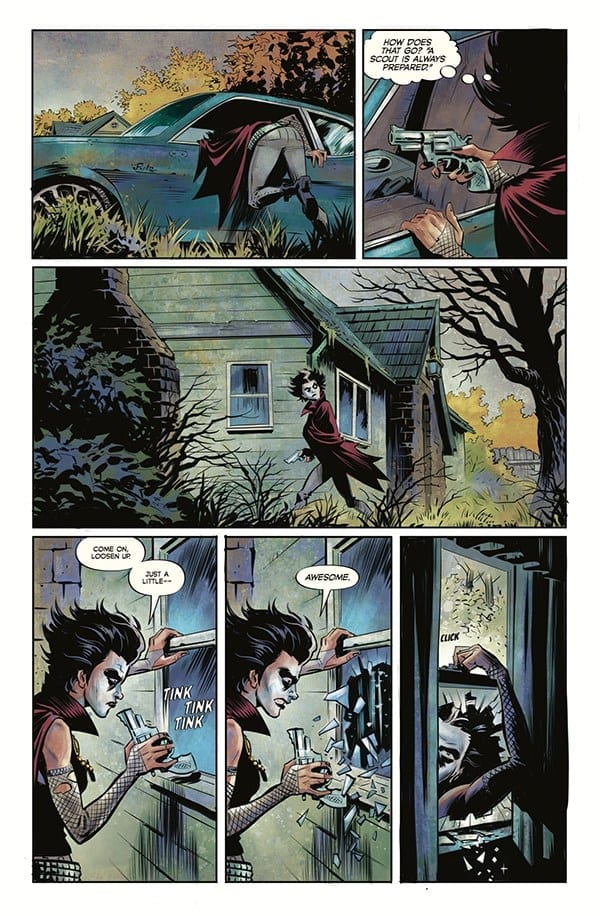 A comic like “Count Crowley” requires the proper spooky-yet-light art style to really sell the experience. Luckily, this series has Lukas Ketner. Ketner maintains an aesthetic that loosely mimics the EC horror comics from days of old, combined with a light-hearted approach to some facial expressions and monster designs (again, a bit like Scooby-Doo). There’s just enough environmental detail to set the proper creepy little town mood, as most of the real work goes to the characters themselves. The different designs and sets of facial detail make it easy to tell character apart. This sounds like a rudimentary observation, but it can be surprising how even the best artists end up making character designs that all look like clones.

Lauren Affe returns to give “Count Crowley” its color, and she pretty much nails it. The kind of grainy and darkened palette she uses gives the comic its Creepy & Eeerie comics vibe that this series pays alms to. The art on this comic is the perfect blend of 50’s and 60’s horror comic looks with contemporary techniques. Even Frank Cvetkovic’s letters add to this element of the comic. On the face of it, the lettering is somewhat unremarkable in the fact that it’s competent and professional, but doesn’t really stick out much. However, it’s also a very common and classic font that still adds to the concept of “Count Crowley” being a love letter to those Silver Age-era horror comics. 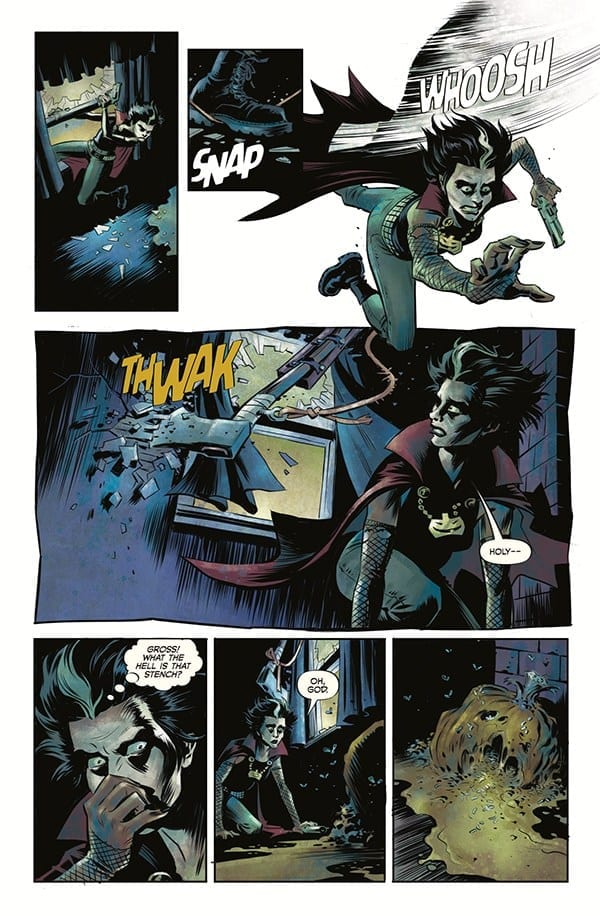 “Count Crowley: Reluctant Midnight Monster Hunter #2” is a stellar follow up to a solid debut. This issue does its job in intensifying the plot while also delving more into the heart of its lead character without ever becoming bogged down in exposition. Dastmalchian’s tight plotting works in brilliant tandem with Ketner’s pencils and Lauren Affe’s colors. If you were a fan of the first issue, then there’s no reason not to pick this one up at your local comic shop on 11/20.

David Dastmalchian ramps up the mystery and action in a well-paced and fun to read second issue.Review: The Plot Thickens With More Movie Monsters In COUNT CROWLEY: RELUCTANT MIDNIGHT MONSTER HUNTER #2