Review: The Mystery of the Origin Continues to be Revealed in NAOMI #4

The Origin of Naomi Just got More Strange!

Naomi wants to learn about where she comes from. After Superman comes to her little town, the teenager begins looking around for clues. Her search leads her to a large mechanic going by the name Dee. He reveals to her that he is a Thanagarian who escaped his life of war to come to Earth. Along the way, he lost his beloved, who Naomi assumed to be her mother. Dee reveals that is not the case, but he does know how she was found. Before he can answer, however, Naomi’s adopted parents come and take her away. She gets irritated and demands answers, so they decide to give them. Her father leads her to a cave by a lake, revealing a space ship inside, along with his Adam Strange-style suit. Who is Naomi’s father and how did he come to adopt her? 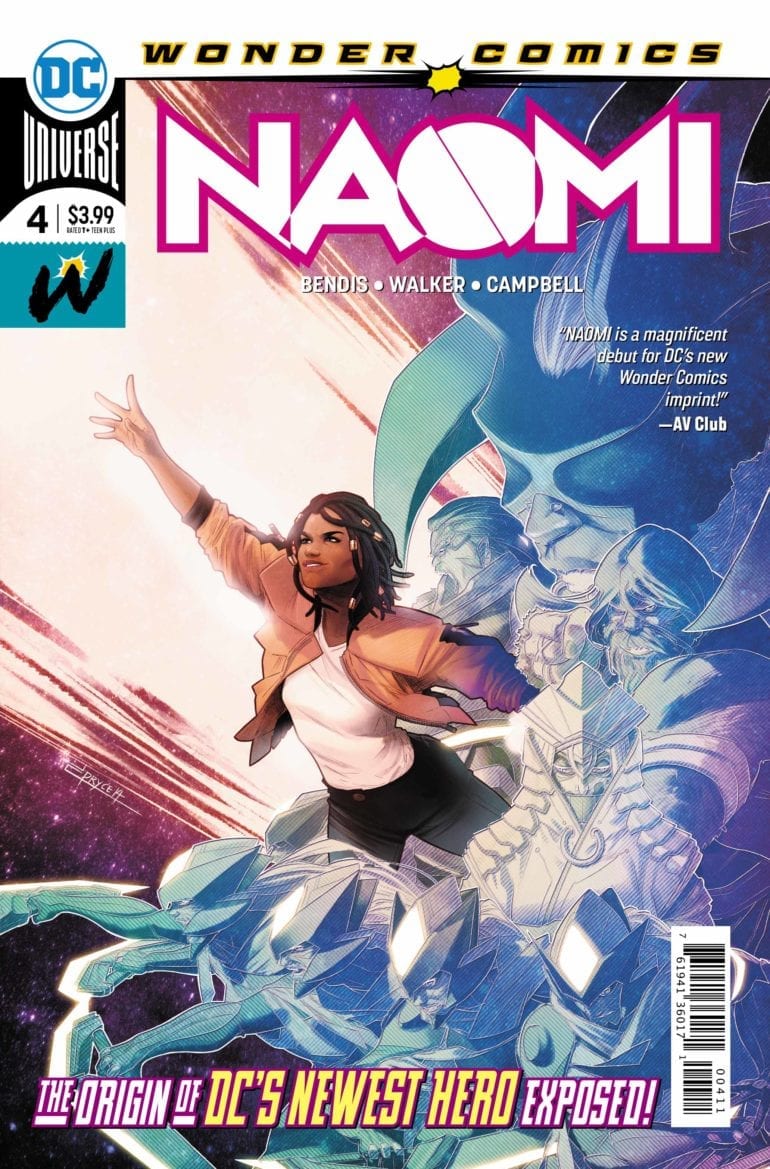 While in the cave, after his daughter’s moment of shock, Naomi’s father, Greg, explains his origin to her. It turns out he’s from the planet Rann and was a part of the first great Rann/Thanagar War. He was sent to Earth after learning one of Thanagar’s greatest warriors escaped to there. When Greg arrived, he soon found the warrior, Dee, but became distracted by his future wife. Time passes, Greg gets married, then one night both his and Dee’s alarms go off. They meet up at a football field in time to see a woman appear through a portal carrying a small bundle and getting chased by soldiers. Despite their pasts, they team up to fight off the soldiers but fail to save the woman. The bundle is revealed to be a baby Naomi, which Greg agrees to take care of. 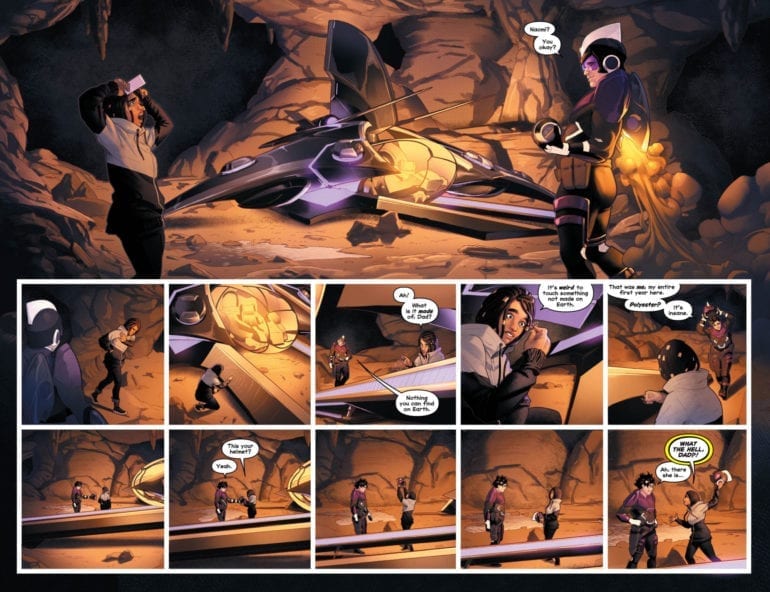 This issue goes by extremely quick and doesn’t add much to the present day story. I get that Bendis is building Naomi’s mystery origin to an exciting reveal, but this is the second almost entire flashback issue the series has had. While that doesn’t always mean it’s terrible, it is beginning to get tedious. I did enjoy Greg’s story and how he changed from soldier to someone who wanted a family, as well as the action we get. The problem is that I’m slowly growing more interested in his and Dee’s story over Naomi’s. The upcoming issues need to stop beating around the bush and give us more of her journey in the present if Bendis wants people to stay.

Despite my concerns with the story, Jamal Campbell continues to impress with his art. The action sequences are epic in scale while the slower more intimate scenes are more emotional and straightforward. It walks this line of being beautiful and badass. When this comic picks up steam, I’m sure the art will continue to deliver. 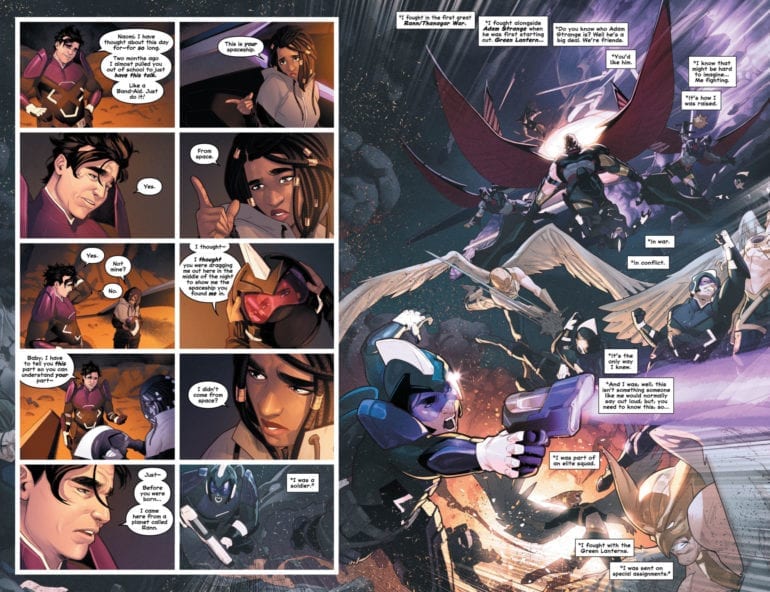 This chapter in Naomi’s story is a bit of a slip-up. While it isn’t terrible by any means, there isn’t enough to entice readers into coming back. The art of Campbell continues to be the consistent good this series has, but this reviewer is not giving up on the story quite yet.

Review: The Mystery of the Origin Continues to be Revealed in NAOMI #4While a beautiful comic, the story begins to falter due to pacing.