Review: “Sir Hal” Fights In A Medieval Fantasy Epic In THE GREEN LANTERN #9

Hal Jordan thought visiting the Tolkien-esque fantasy planet Athmoora would offer plenty of rest and relaxation. Alas, this was never to be as a monstrosity begins attacking members of the United Planets, of which Athmoora is a part. Now the newly dubbed “Sir Hal” must find a way to defeat the threat, but can this be done when his power ring won’t function properly?

Green Lantern stories are usually riffled with exaggerated science fiction elements and futuristic technology. But this story bucks the trend by placing Hal right in the middle of a society who fights evil with swords and and magic, not high-tech power rings—Hal in fact is unable to use his ring reliably on the planet due to an odd interference. Some may claim this change goes against the Green Lantern mythos’ identity, but it is this break from the standard formula that ultimately keeps readers engaged with the comic line. 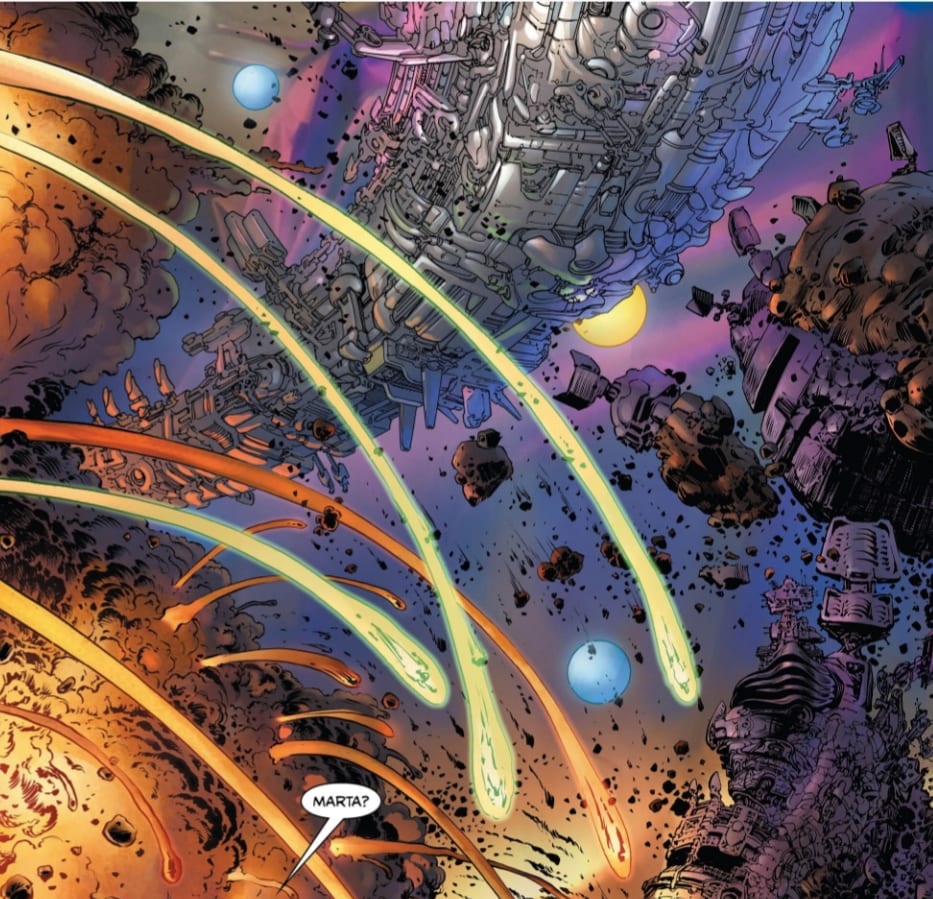 It would be too predictable for Morrison to send more space baddies like Controller Mu to Hal’s doorstep, so he brilliantly unleashes threats that refuse to be defined by rationality and science. This round features a confrontation with a alien who looks like Hal’s predecessor Abin Sur, as well as an interdenominational being who’s hell-bent on destroying everything in its path. Needless to say, Hal is in for a few surprises as the past and future collide.

The sheer absurdity of Hal finding “R & R” on a war-torn planet is exactly the kind of quirkiness that makes Morrison’s run on THE GREEN LANTERN shine. This unhealthy attraction to dangerous situations is what Hal is known for, and it’s exciting to see how he maneuvers his way through this situation with little more than his wits. 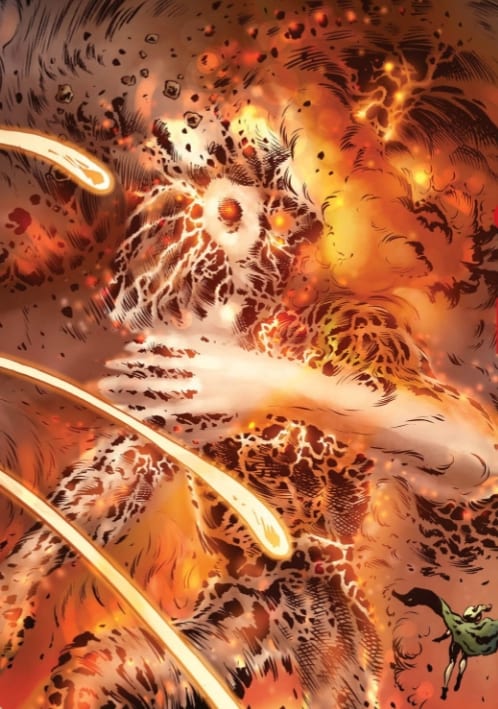 Liam Sharp’s penciling in THE GREEN LANTERN #9 shows us how versatile of an artist he is. His ability to draw medieval characters alongside those of the sci-fi persuasion is nothing short of remarkable. This is pleasantly complemented by Steve Oliff’s earthy tones to give readers the feeling of the world’s lack of technological dependence.

Amidst these illustrations lies Tom Orzechowski’s impressive lettering placements, giving us full context of the somewhat odd battle taking place while covering up none of the action.

Sharp’s main cover features Hal taking on the Abin Sur lookalike to give readers a direct foreshadow and focus for the story. Jeff Dekal’s variant cover art places focus on the magical qualities of the issue’s setting by depicting spirit-like animals erupting from Hal’s ring.

THE GREEN LANTERN #9, while changing up the formula, remains true to the mythos by bringing back a character from Hal’s past. It’s great to see our favorite characters grow through new experiences while remaining tethered to impactful events from their pasts.

What did you think of the change in the comic’s story formula? Let us know in the comments below!

An intriguing departure from recent trends in the Green Lantern mythos that remains true to the core of Hal's character. Review: "Sir Hal" Fights In A Medieval Fantasy Epic In THE GREEN LANTERN #9