Review: THE BATMAN WHO LAUGHS #5 – Did Gotham Just Lose Its Soul?

The Batman Who Laughs #5 hits your local comic book store this week, with Scott Synder, Jock, David Baron and Sal Cipriano pushing the Cape Crusader to the darkest corners of Bruce Wayne’s mythos.

Batman and the Batman Who Laughs continue to battle it out over the fifth issue of the mini-series, with the winner destroying or saving Gotham. Synder and Jock bring shock and awe to the pages of the comic as the series continues to get darker and darker. After re-reading issue one through issue five in a single sitting, the series is very dark and depressing in a lump sum (I had to get some ice cream before writing this review). The story is at that point of the “hero’s journey” where all hope is lost, and Snyder has me believing that there will be no happy ending for our hero.

The rain on the first page sets a tone that weighs you down and hits you on a deeper level. Snyder’s script is more like a eulogy than a table setter. Jock’s art is so raw that you feel every bullet that hits Batman’s cape. Five pages in, you are so emotionally exhausted by what just went down that you might need a week or two before you show another human being page six from The Batman Who Laughs #5.

The Batman Who Laughs #5 felt like Return of the Jedi at times. Snyder has turned into Emperor Palpatine, and he’s trying to persuade us to join the Dark Side. At this point, I can’t tell if Batman in this metaphor is Luke Skywalker or Darth Vader. Either way, Batman is as close as he’s ever been to embracing the Dark Side. Snyder’s tone for the Batman Who Laughs continues with a beat that is overpowering and smothers all light from a room. Thinking back on the issue, all I see is darkness and red letters.

Baron’s color palette makes The Batman Who Laughs #5 a gorgeous book with a vast spectrum of background color that invokes an emotional response. The green, yellow, and purple are powerful and elevate Jock’s storytelling. Cipriano’s letters are built upon the foundation of a mad man, multiple madmen at that, and everyone has a visually clear voice because of his work.

There are more profound concepts in the book about who Batman is and his relationship with Gotham, but Snyder and the rest of the creative team on the issue do such a fantastic job with the story, that I don’t think Gotham will survive. The Batman Who Laughs #5 pulls a Toy Story 3, in the fact that I thought the toys were going to die! This is how I feel about Gotham and Batman. Great storytelling is convincing readers of the emotional highs and lows of the series and The Batman Who Laughs accomplishes that feat.

Read the first five pages of The Batman Who Laughs #5 below.

Come back here after you read The Batman Who Laughs #5 and tell me what you think in the comments below. 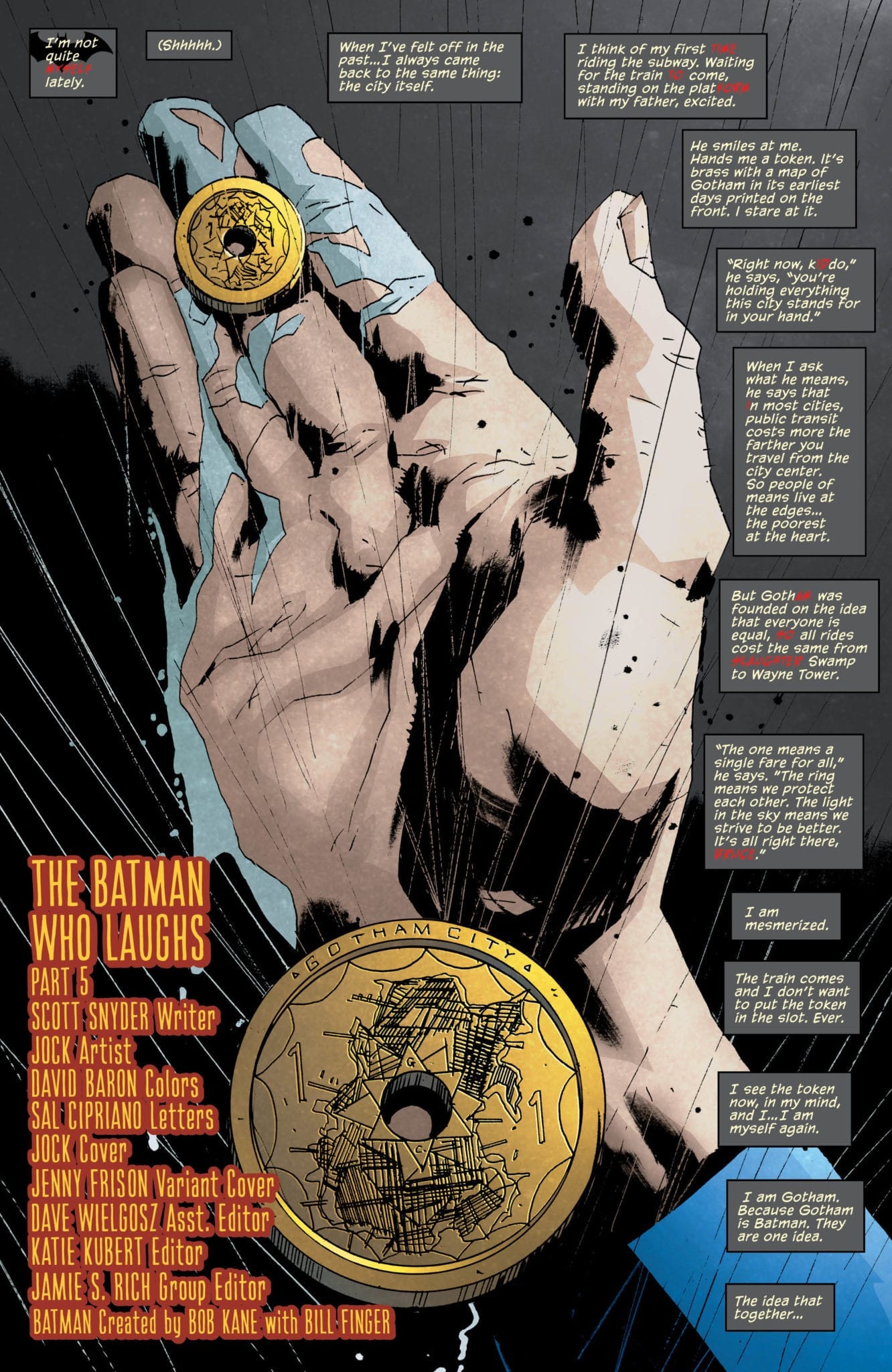 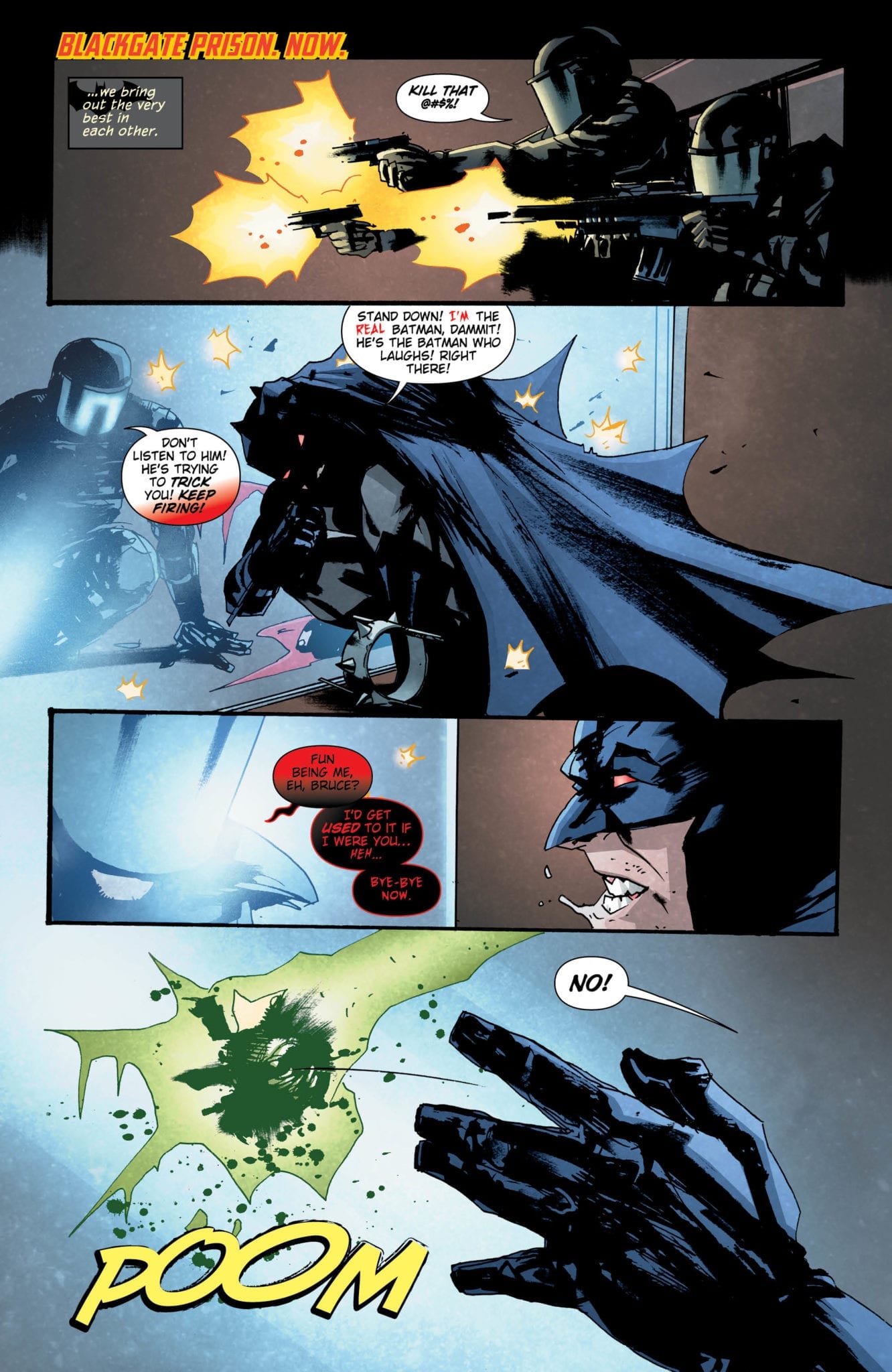 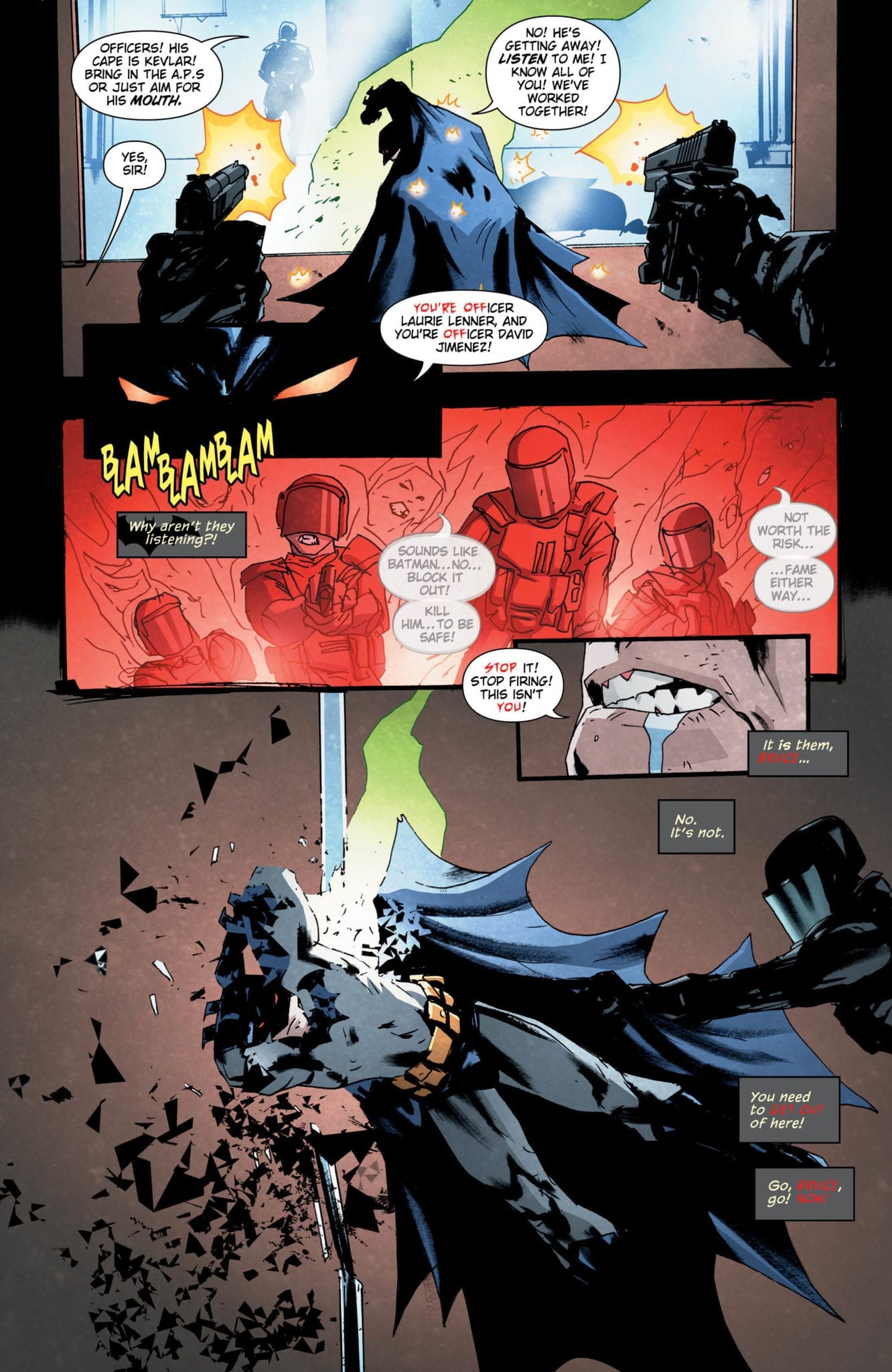 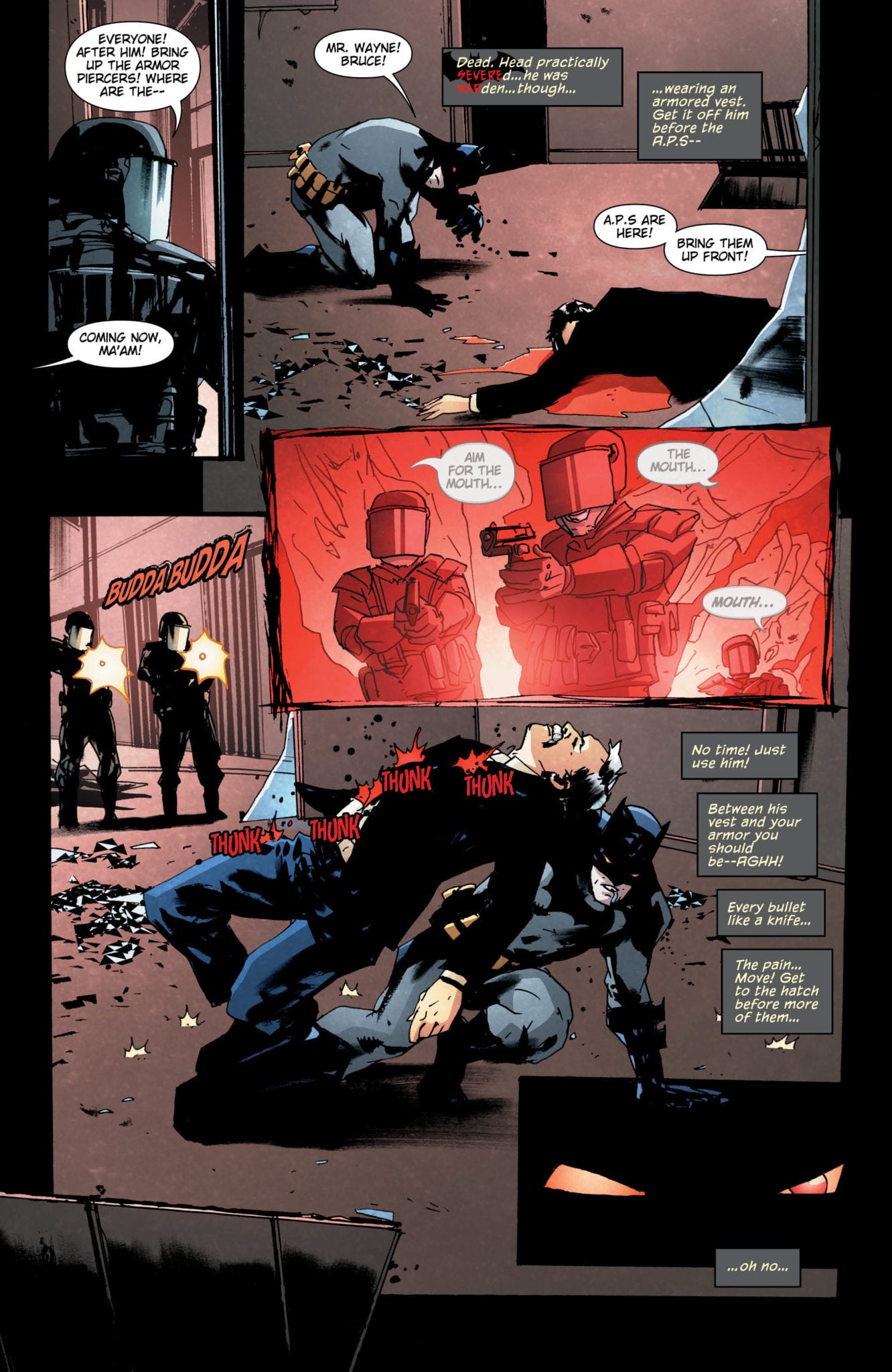 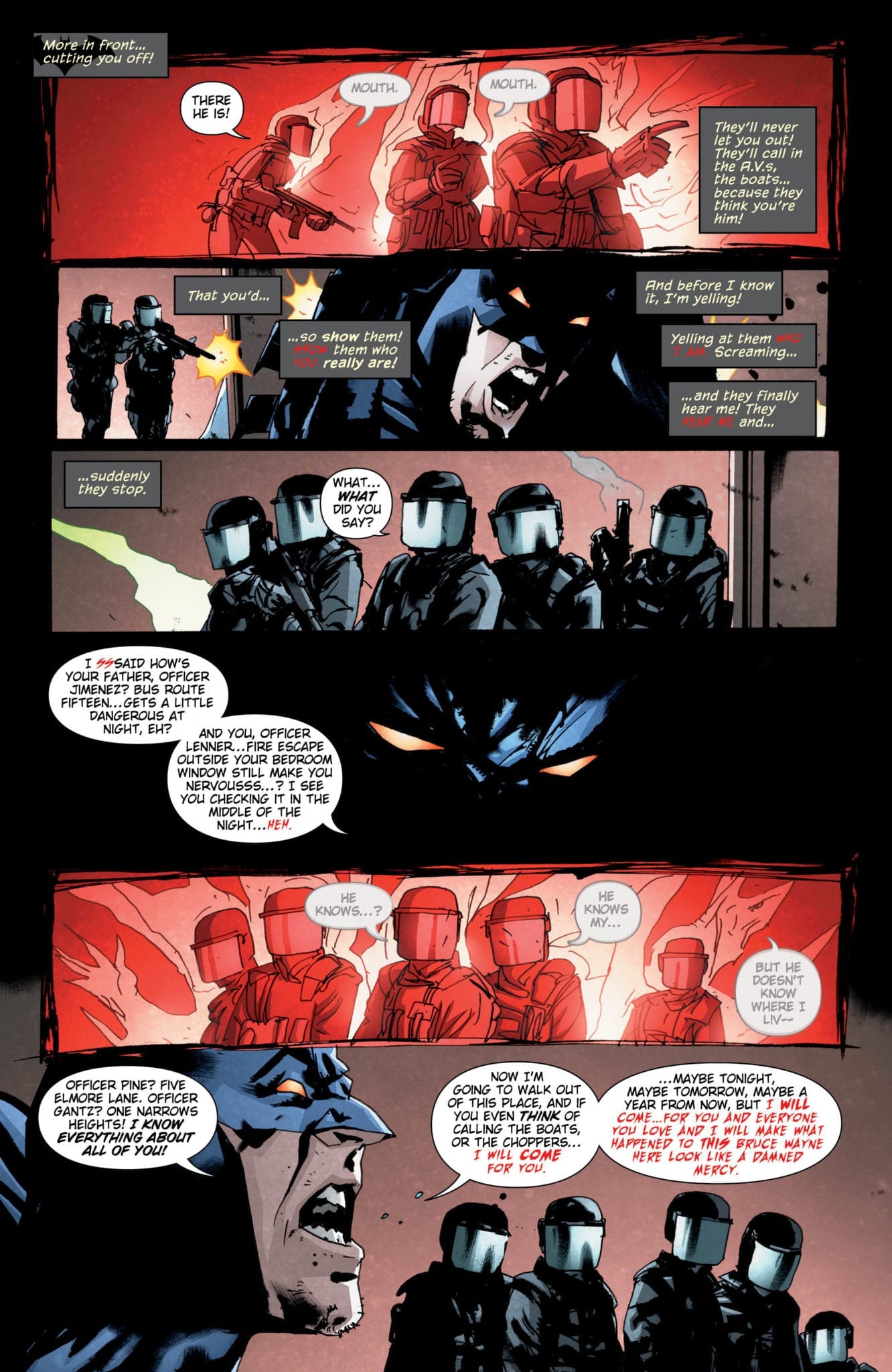 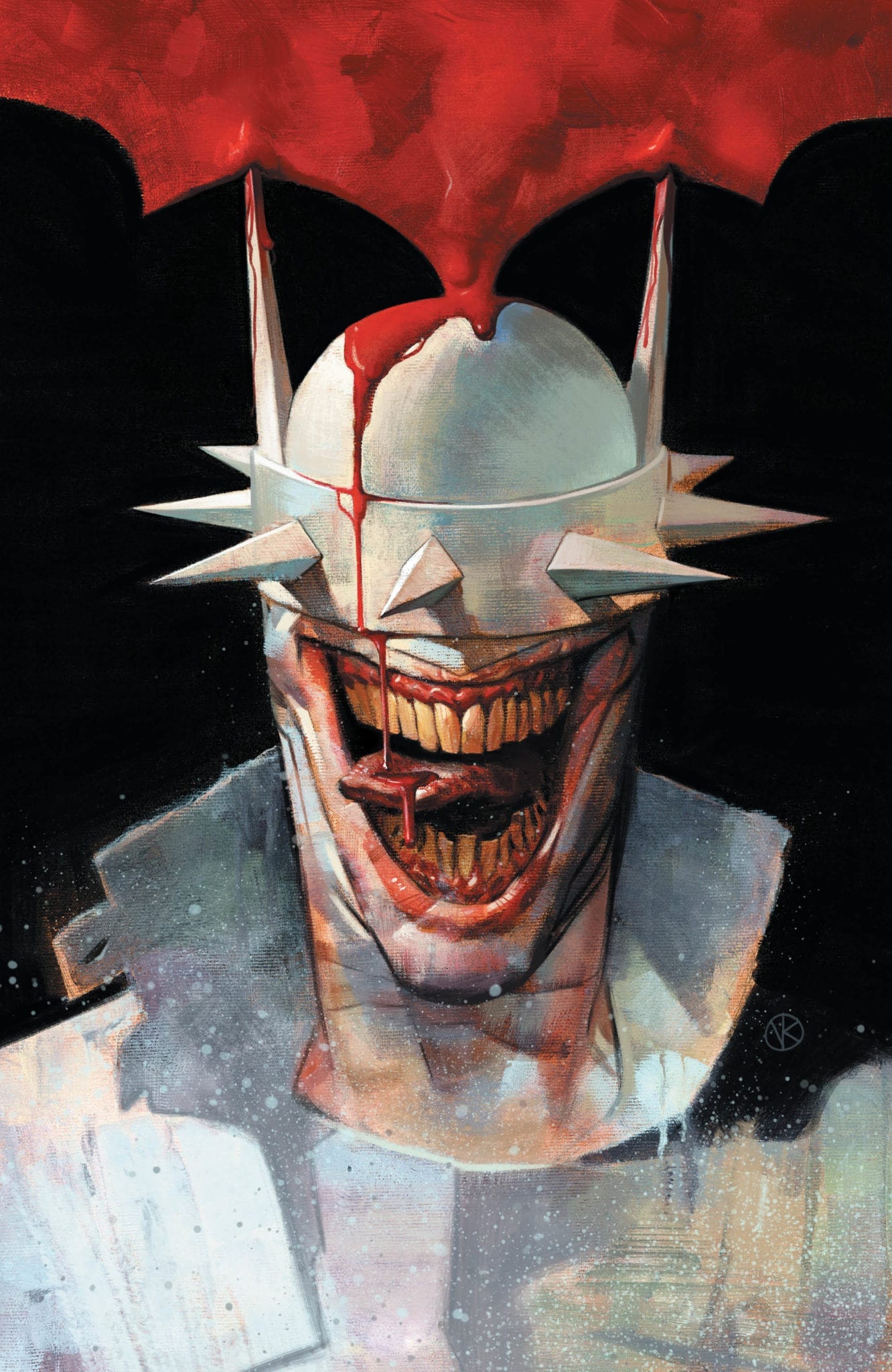 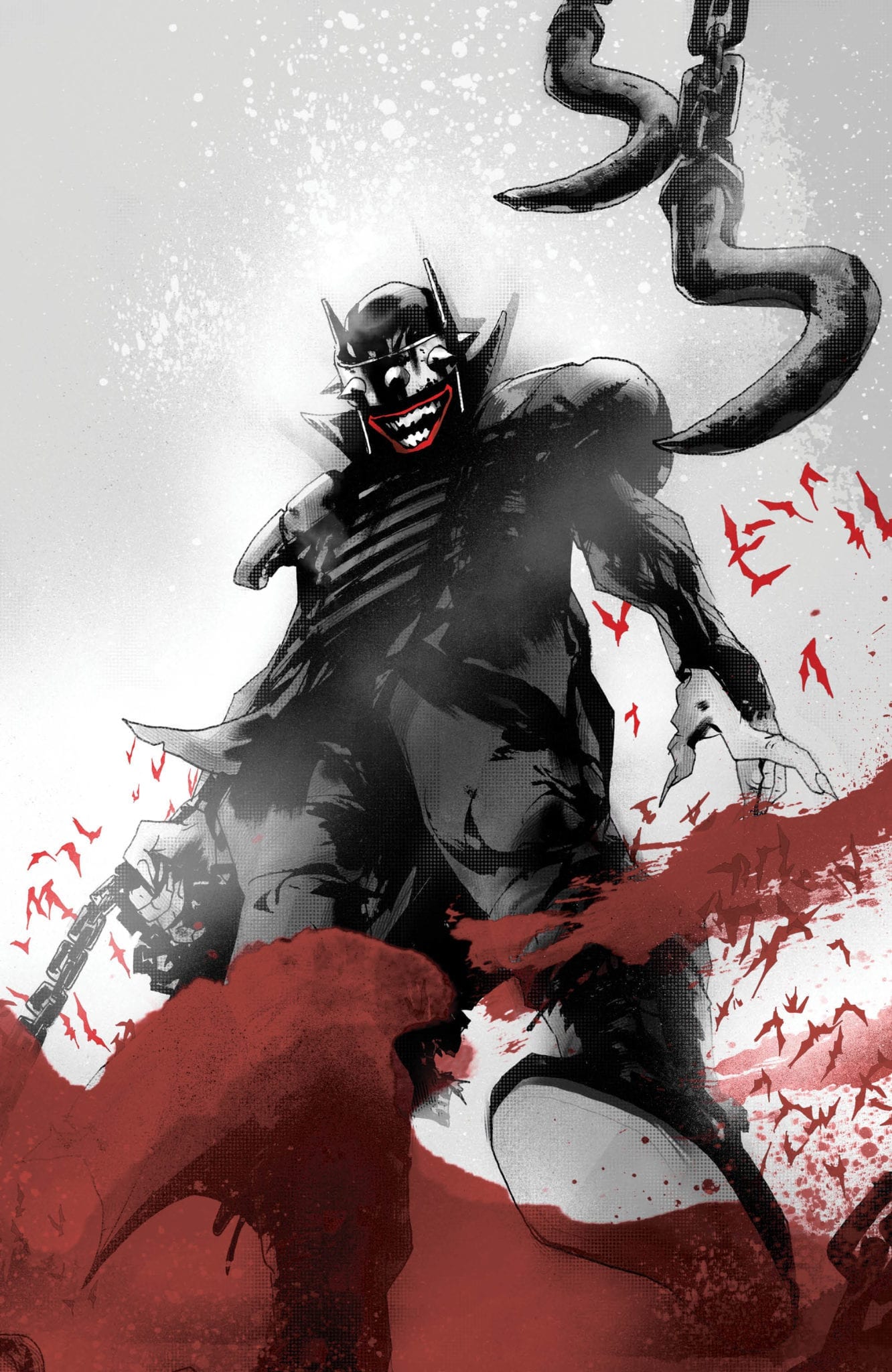 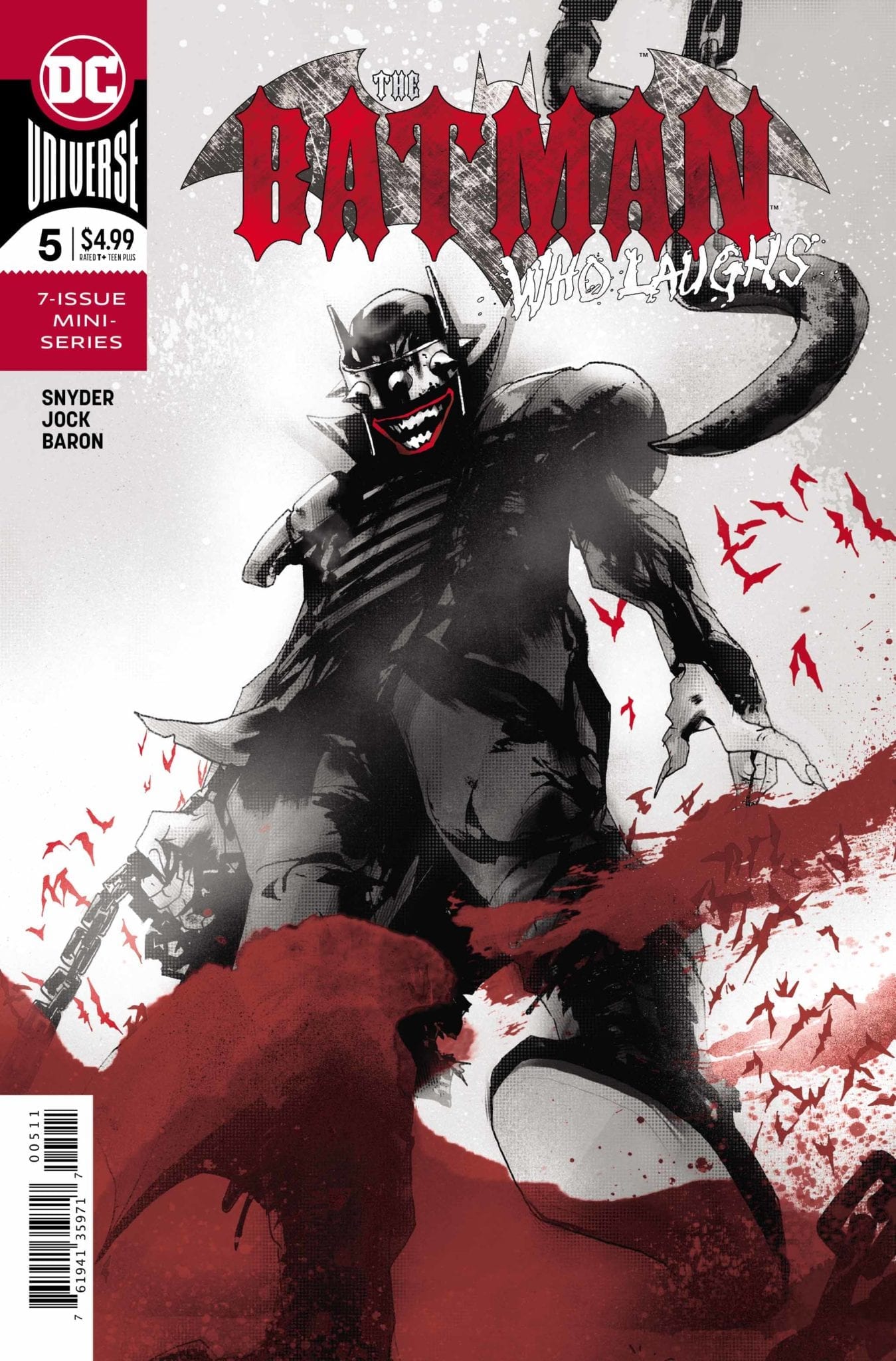 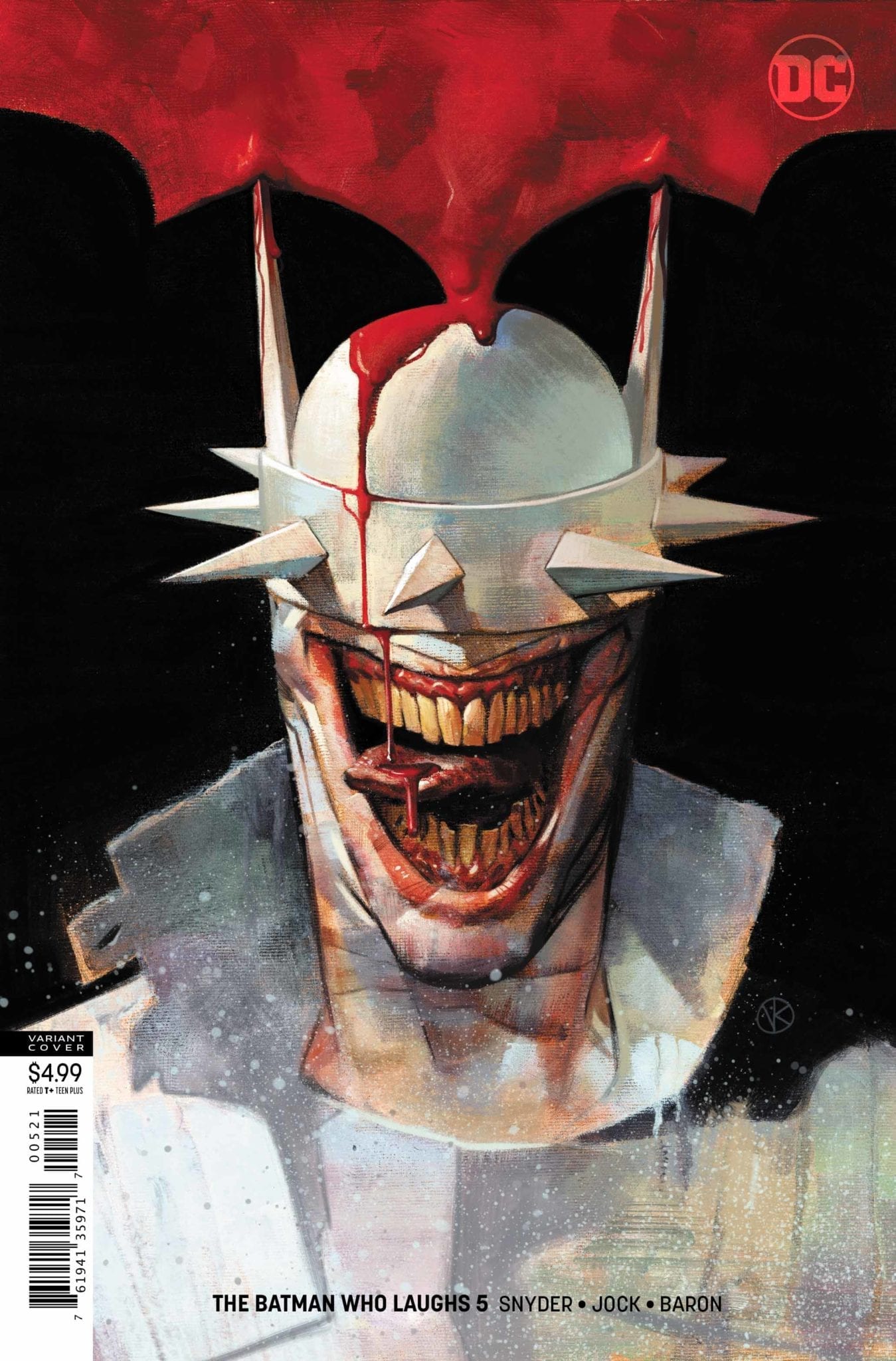 2615
Find out how to get the
Monkeys Fighting Robots magazine!