Review: THE AMAZING SPIDER-MAN #50.LR – The Challenges Of Balancing An Issue 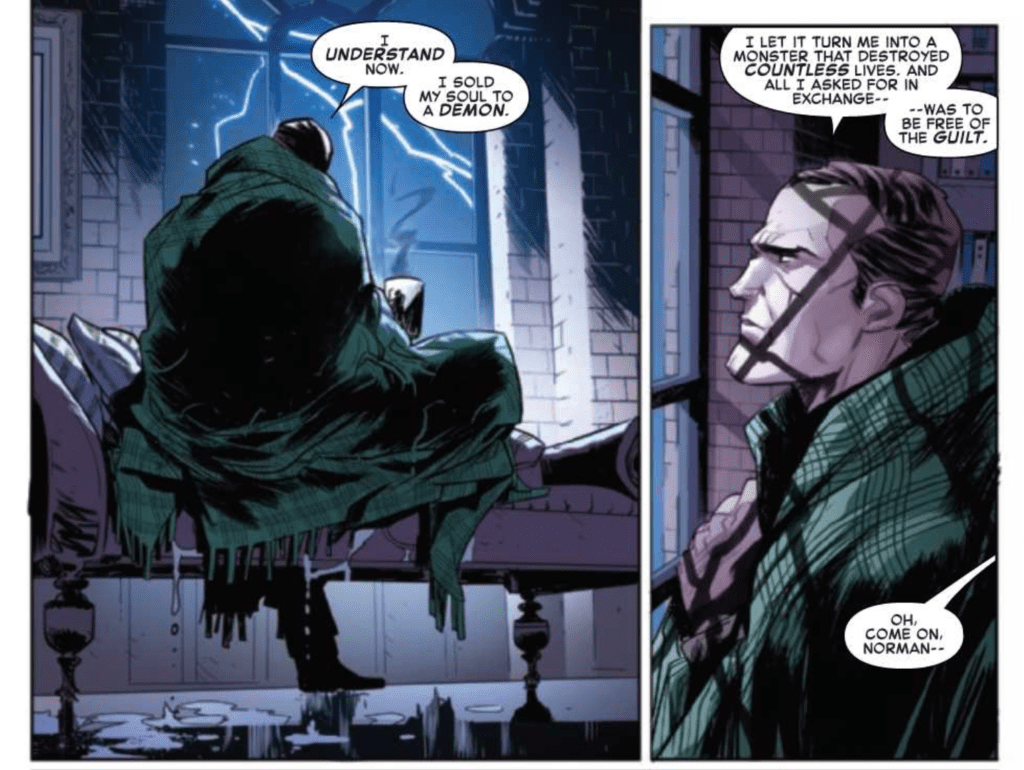 As stated by the editor at the end of the issue, The Amazing Spider-Man #50.LR and the other LR books will feature less Spider-Man and instead focus on the mission Norman Osborn is embarking on in this issue. Despite this focus, this issue featured a battle between Spider-Man and “the Order of the Web.” This was a smart decision on the part of Nick Spencer and Matthew Rosenberg because it kept up the story’s pace when Norman’s wasn’t as engaging. The main story of the issue consisted of a dialogue-heavy scene of Norman Osborn discussing Kindred with Dr. Kafka. While this doesn’t feature the action expected in nearly every superhero comic book, it is still integral for the story of future issues. Spencer and Rosenberg interspersed the fight scenes to keep readers from losing interest so that the issue was still engaging for those whose favorite part of the series is the action.

Federico Vicentini provides some glorious art in The Amazing Spider-Man #50.LR, and it is a wonderful complement to the writing of Spencer and Rosenberg. Vicentini’s characters all have deeply expressive faces, which pairs nicely with the emotional and tense story that constitutes much of the issue. He also often accents the action scenes of the issue with techniques such as characters overlapping panel borders, which can help emphasize the purpose of many panels. 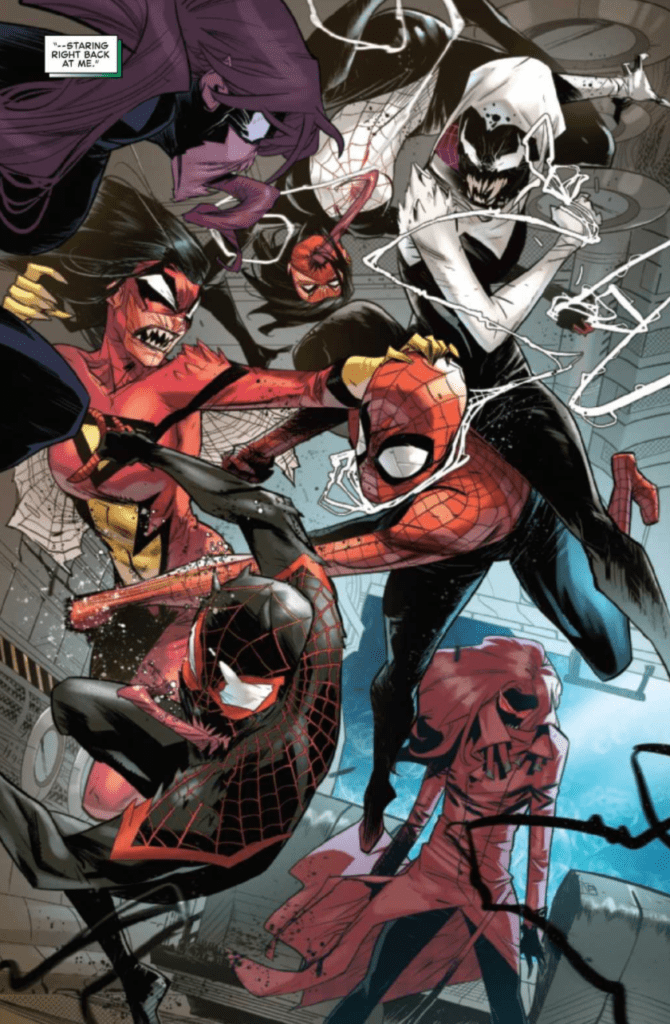 The colors of Marcio Menyz added lots of energy to action scenes and made other scenes feel more real. His use of single-colored backgrounds contrasted with the characters in front of it added a lot to specific panels where the main focus was on a character’s action. The tints he used to indicate that certain panels were flashbacks were done nicely because the tints used were distinct enough to indicate that a panel was a flashback, but not so distinct that it overpowered the rest of the colors on the panel.

VC’s Joe Caramagna always does an amazing job at lettering and The Amazing Spider-Man #50.LR features some of his best work. The choices of fonts and sizes for sound effects always do a perfect job of fitting with the scene they are taking place in, and this issue features one particular page that is enhanced greatly by Caramagna’s choice of lettering. 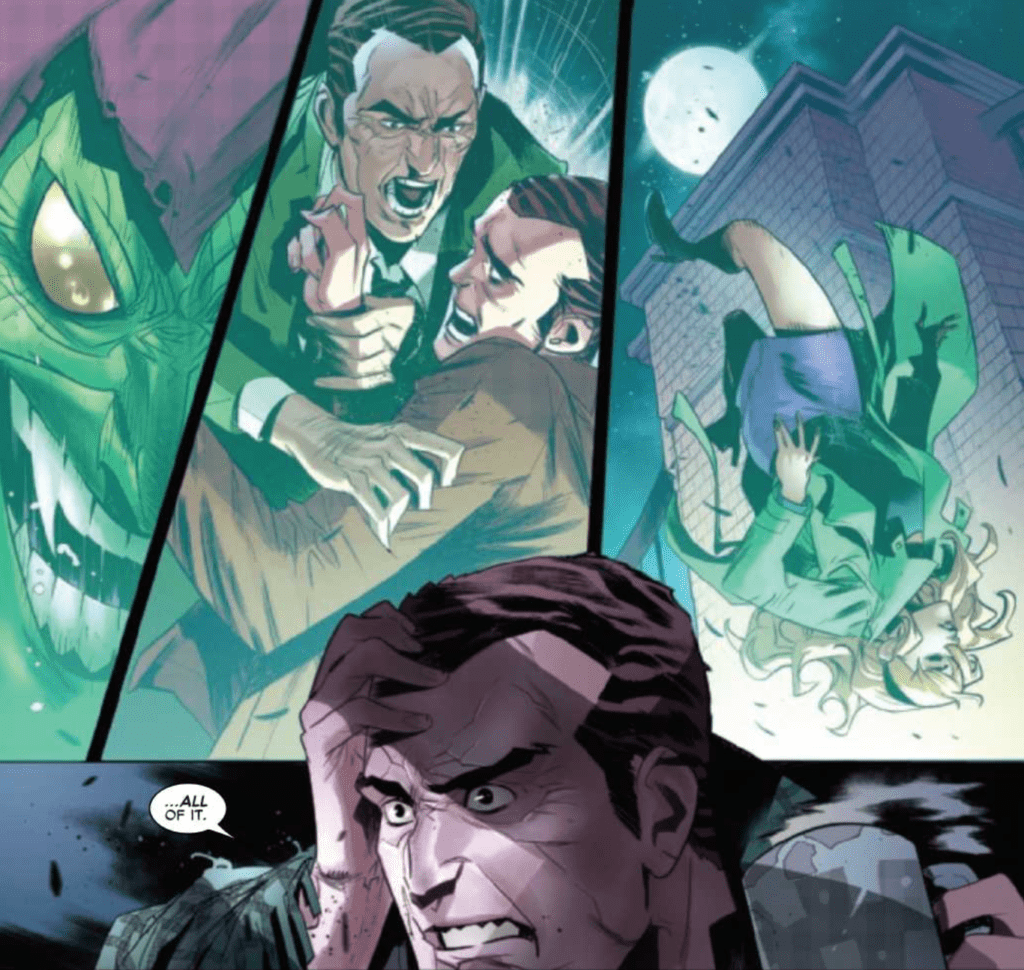 The Amazing Spider-Man #50.LR is the beginning of what I am sure will be an interesting subplot. The issue is full of fun action that is beautifully drawn, colored, and lettered, but the story falls flat. The story introduced in this issue that will be followed in later LR issues is intriguing, but the issue itself doesn’t stand well on its own. The art more than makes up for any pitfalls, however, and the issue is worth purchasing so that you can follow along with all of the “Last Remains” arc.

An issue full of gorgeous art, that falls short on having a continuously engaging story.Review: THE AMAZING SPIDER-MAN #50.LR - The Challenges Of Balancing An Issue