TEENAGE MUTANT NINJA TURTLES: JENNIKA II #6, available on Wednesday, April 13th, is the concluding issue of Ronda Pattion, Jodie Nishijima, and Shawn Lee’s story of Jennika’s personal life. Readers have followed the ninja through her personal transformation while interacting with fellow people in Mutant Town. And things have been tough. But this issue concludes one of the most impactful redemption arcs in a TMNT series.

Last issue, Jennika was captured by Lucia Rosetti and her henchmen after refusing to serve as her personal assassin. The nefarious gazelle isn’t ready to give up, opting to further torture the ninja by playing on her past life as a killer. 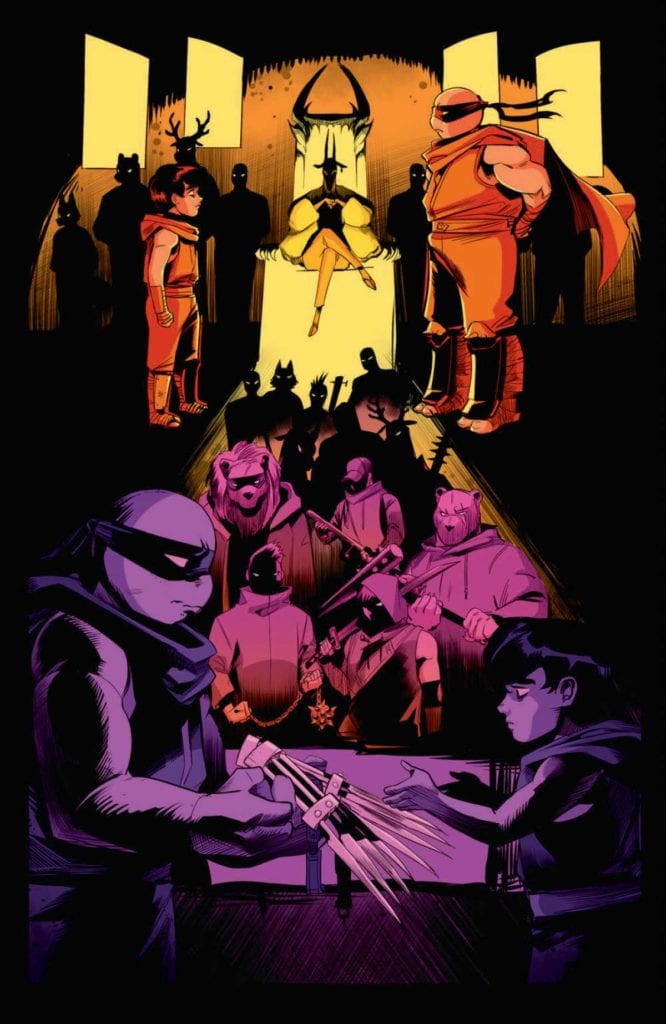 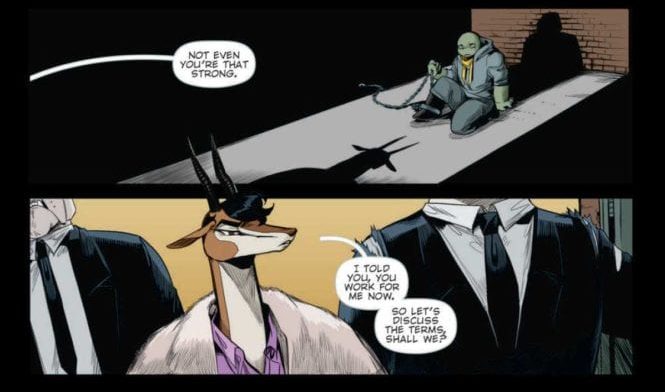 Refusing to bend to Rosetti’s will, Jennika invokes the names of her found family, reminding the crime lord what a powerful force they are. But the villain’s cruelty knows no bounds. Readers will be shocked to find that Rosetti stoops to harming her own child in order to reach her goals. 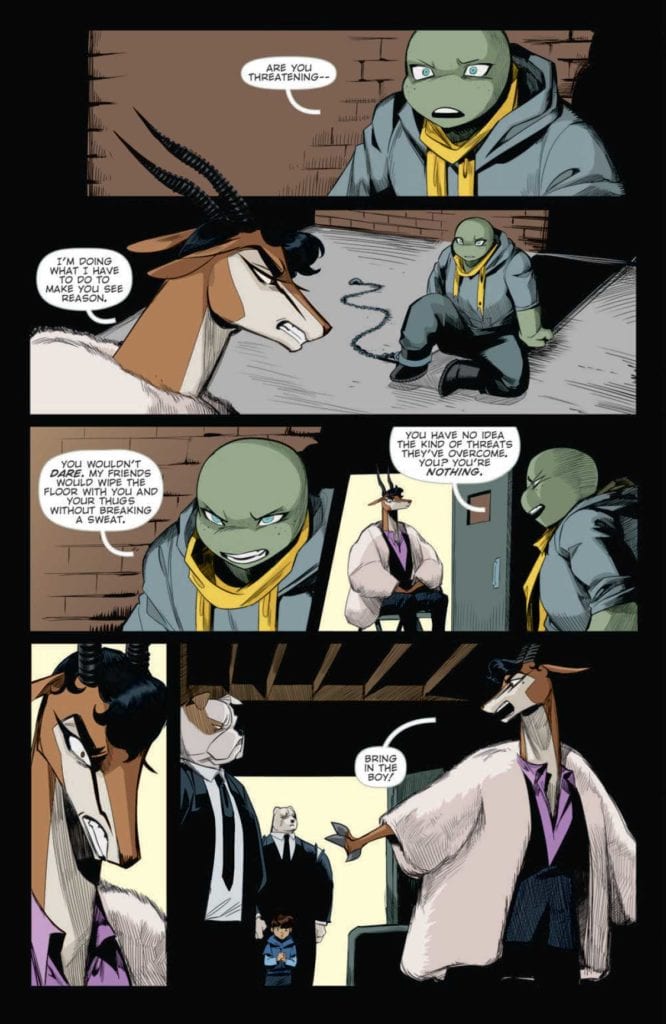 Pattison’s narrative accomplishes two important tasks—it allows Jennika to confront her past life as a criminal and forgive herself for those very actions. We see the culmination of an issues-long transformation of the ninja as she seeks to save a boy whose life hangs in the balance.

This issue’s illustrations fit perfectly with the story’s mob movie themes. Nishijima’s illustrations, combined with Pattison’s coloring, set Jennika and Junior’s forms against dark shadows to represent her assailants’ forms. Readers can feel the pressures faced by the duo, especially the shock Rossetti’s attack. Lee’s lettering also worked well with these depictions of our protagonists by increasing font sizes for their exclamations.

TEENAGE MUTANT NINJA TURTLES: JENNIKA II #6 wraps up this six-part series with the perfect balance of heart, redemption, and action. We hope to see a lot more of Jennika in future stories.

Were you happy with the conclusion to this series? Let us know in the comments below!