Review: TEENAGE MUTANT NINJA TURTLES: JENNIKA II #4 And The Regrets Of One’s Past

TEENAGE MUTANT NINJA TURTLES: JENNIKA II #4 hits stores on Wednesday, February 3rd, opening up a new chapter in the life of Jennika. While continuing to find her place within the new landscape of Mutant Town, the young ninja meets a wealthy mutant businesswoman. And the chance encounter resurrects a past Jennika is unwilling to face.

This issue is framed around Jennika’s self-perception, beginning with a horrible nightmare. In it the ninja finds herself in her old assassin role, but this time the targets are her comrades in Mutant Town. 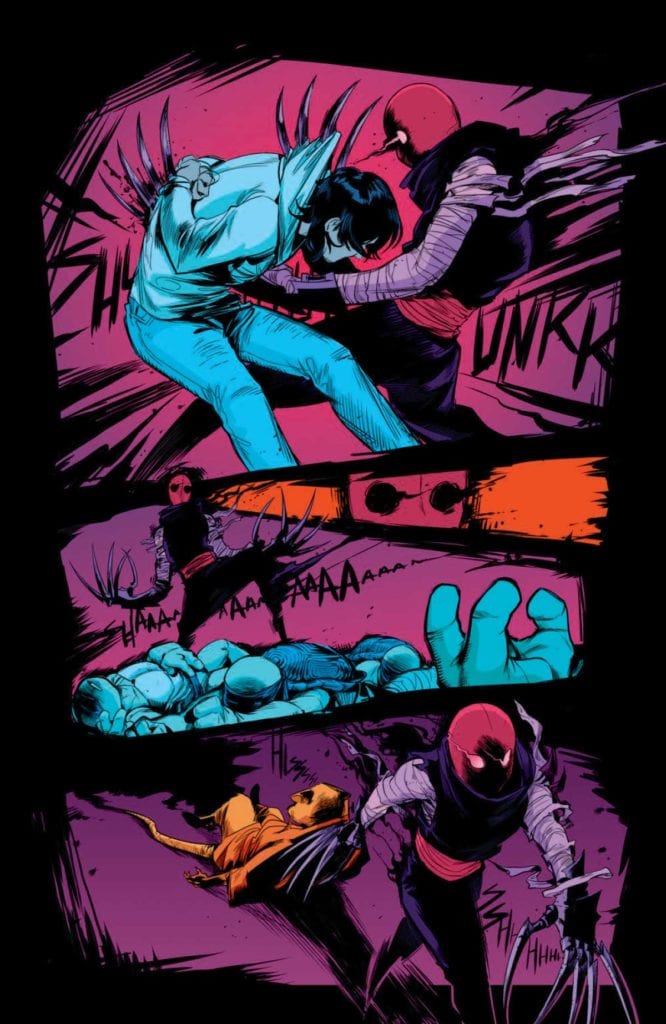 Waking from this horrific nightmare, Jennika leaves homes to clear her head and remind herself of who she is as a person. What’s unclear, though, is whether this dream is a future event, a warped view of her past, or something entirely different. This ambiguity draws readers in.

While on patrol Jennika runs into the aforementioned woman demanding she be let out of Mutant Town. Wanting to distance herself from the nightmarish thoughts, the ninja speaks with the woman and learns she’s trying to find her son. But soon Jennika finds that this woman is connected to a piece of her past—a piece she’s tried to forget. 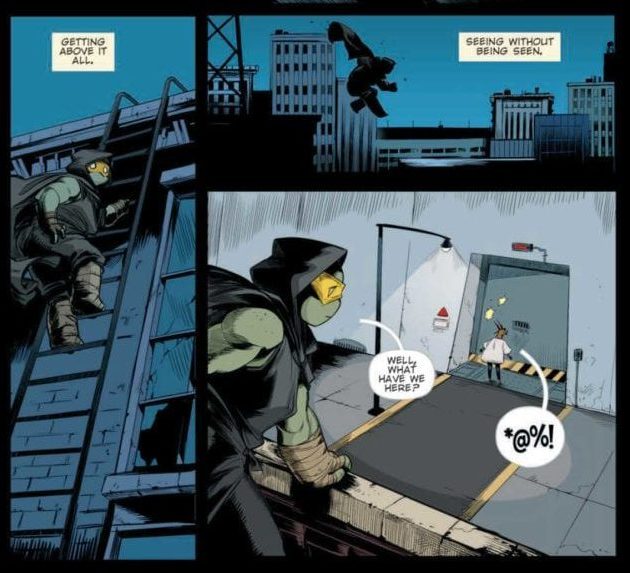 Ronda Pattison’s writing is well-paced and strategic. Rather than adhering to straight forward storytelling, she gradually reveals pieces of Jennika’s past that inform the reader’s understanding of the present events. In this way, readers learn that one’s past regrets can fuel one’s present choices.

Jodi Nishijima’s penciling and ink work, Pattison’s coloring, and Shawn Lee’s lettering function very well with the written narrative. The panels featuring past Jennika offer a stark contrast with his present self through varied borders and colors. Yet the continuity is there to show how much things have changed. The lettering helps connect these past elements with separate word boxes featuring Jennika’s self-narrated trip down memory lane.

TEENAGE MUTANT NINJA TURTLES: JENNIKA II #4 is a story detailing the nature of regret and atonement. We’re excited to see where this issue leads us.

Do you think readers will learn of Jennika’s secret past? Let us know in the comments below!