The four-issue mini-series is a prequel to Netflix’s Stranger Things and centers around a teenage girl with precognitive abilities. Francine has struggled through a lifetime of exploitation only to end up the pawn of a government agency (led by Dr. Brenner) that wants to harness her powers for its own ends.

Houser writes a brisk first issue that gives you an overview of the main character and hints towards the future of the story arc. Houser connects you with Francine with little words, and once you are holding hands with the main character, she makes you feel vulnerable and scared as well. By the end of the issue, you and Francine see the world through one lens. Houser’s ability to envelope the reader in the story so quickly is unique.

Salazar’s art takes emotional hard cuts from panel to panel. Without even reading the dialogue, you know precisely what Francine is feeling. The emotional ride that Salazar takes you on is gut-wrenching as you see Francine’s innocence ripped away from her with each page turn. When you add in Champagne’s light ink work, there is a fragileness to the world Francine inhabits. Farrell’s colors are also muted and subdued. There’s a depression to the color arrangement that feeds off the story and artwork. Piekos’ sound effects stand out just enough to carry weight but not distract. The creative team understands character-driven narrative, and everyone is doing his or part to tell a fantastic introductory issue.

If you are a Stranger Things nerd, this is a must-read. If you want to be a comic book artist or writer, this is a how-to guide for storytelling. STRANGER THINGS: SIX #1 is all the best parts of what make comic books great. 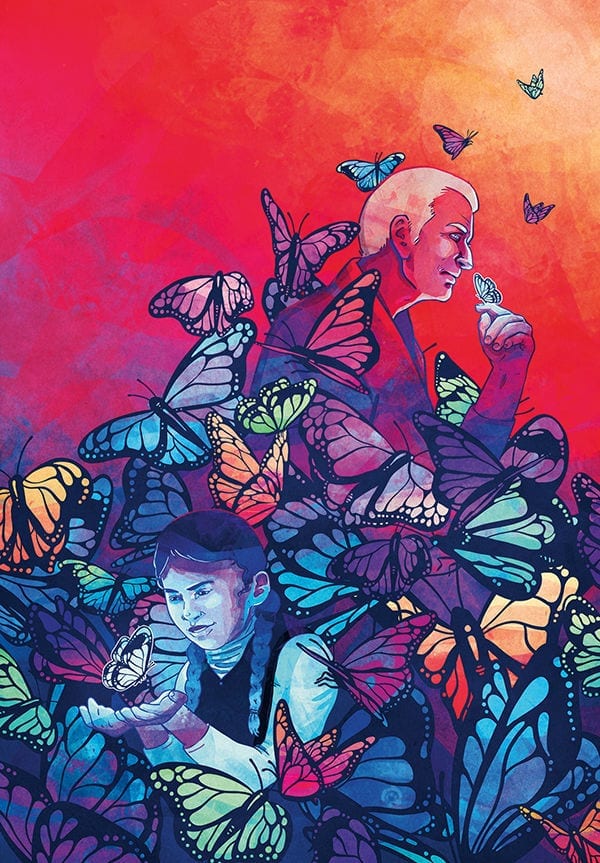