The new Transformers series from IDW Comics written by Brian Ruckley has been playing the slow game to re-introduce famous faces to this new series but takes a step forward with this issue. Fan-favorite Springer comes in but what does he add to the story as the entire planet continues to search for two different killers?

The hunt is on! Chromia and Prowl launch a massive security operation, desperately trying to track down two murderers. Bumblebee visits an injured Windblade, Orion Pax, Sentinel Prime, and Megatron wrestle for control and influence. 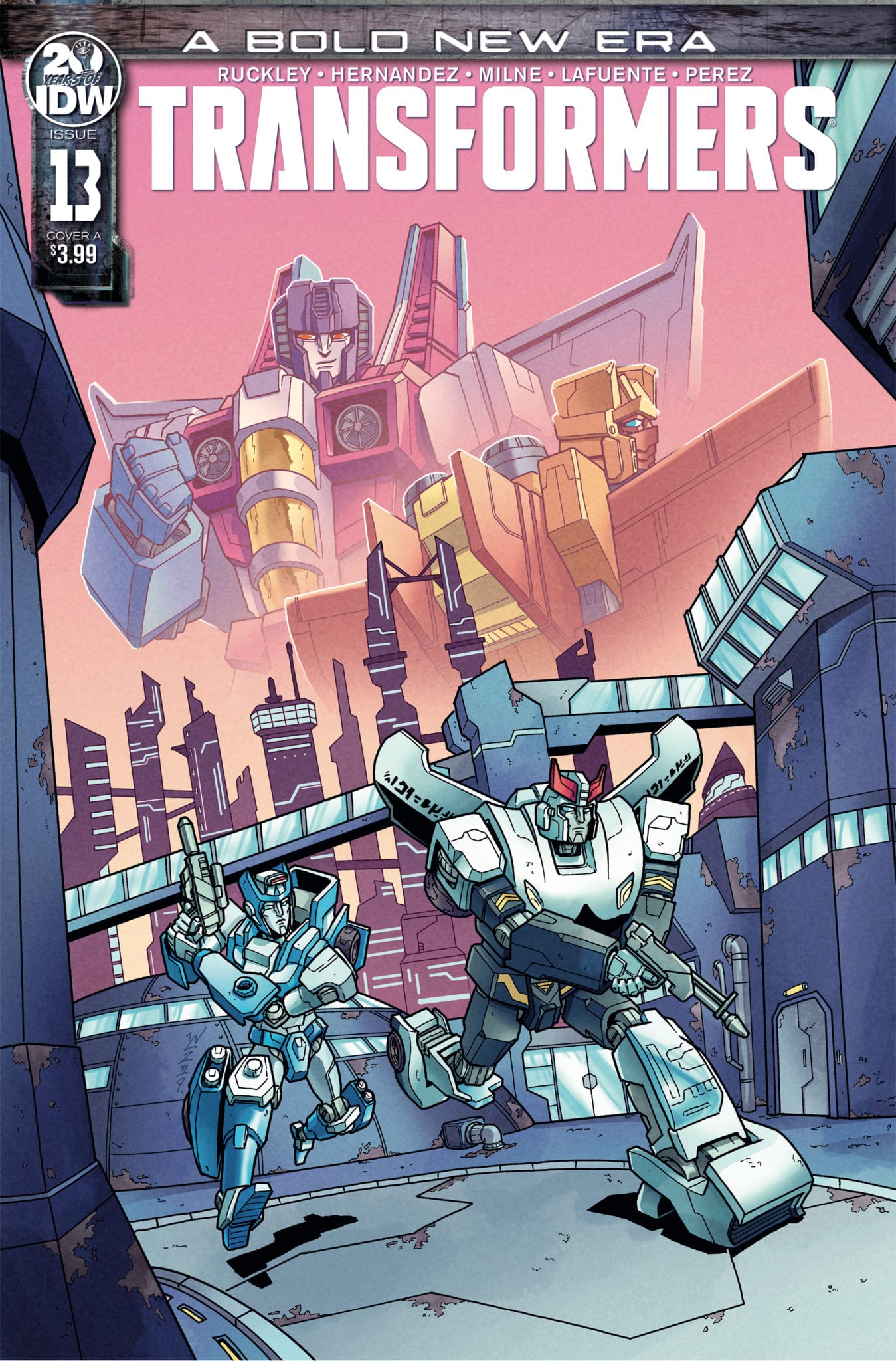 This issue seems to be taking things in a better direction than previous issues. The slow pace has been the major flaw against this series since its reintroduction. The main mystery introduced in the first issue hasn’t been solved but here it at least feels there is some forward momentum. Investigations leading to shootouts do have a way of drawing characters in much more effectively than political dialogue. Thanks, Springer and Sideswipe for shooting first and asking questions later. Your reckless behavior makes for a much more entertaining issue.

On the more low-key side, Brian Ruckley is still playing the underlying tension angle through the use of Bumblebee. The yellow undercover agent is trying to his best to stay in good graces with the Decepticons Ascenticons to the point he is willing to get their new badged etched into his chest. The suspense is high as he tries to find out more information about who killed his mentee and at the same time he doesn’t know who he can trust in his new group of “friends.” Hopefully, he will move closer to cracking this case and ending at least one of the mysteries this story has introduced. 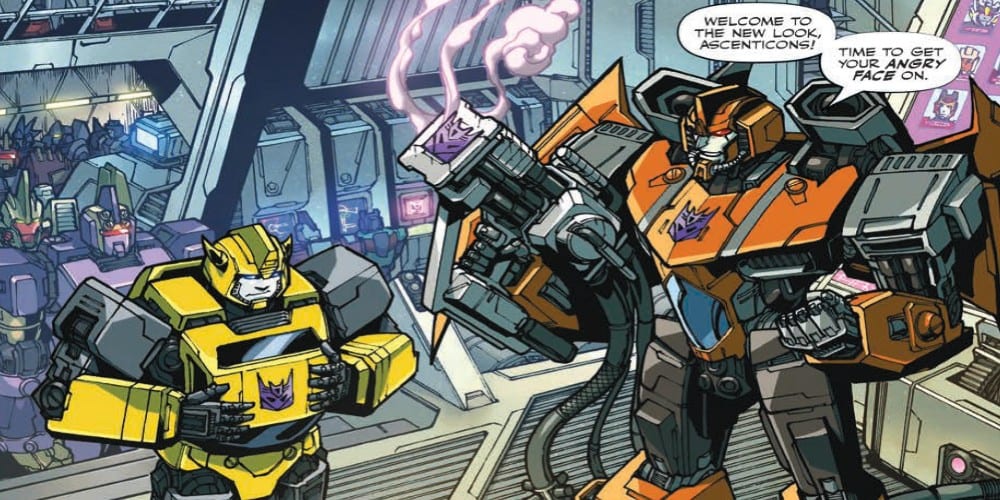 The credit for the pencils and inks goes to Alex Milne and Angela Hernandez. Though their styles are different, they seem to blend in a way which doesn’t distract from initial viewing. It’s only after a second reading does the differences become noticeable. Mixing of art styles like this is a testament to their skills as artists.

The coloring work by Joana LaFuente and Josh Perez adds a great deal of atmosphere to the piece. The shadows as Bumblebee investigates the Ascenticons adds a feeling of dread around the situation, while the effect work makes the action scenes pop. There also is a great sense of pain in one scene as Springer is thrown into an energy field which is brought to life perfectly by the colorwork of the pair.

Tom B. Long on lettering adds the right sense of sound to every frame of the comic. The opening showcasing the branding with the new symbols has the perfect sound effect with “Cank-Shhh”. The effect work really helps to add to the cinematic feel of the story. 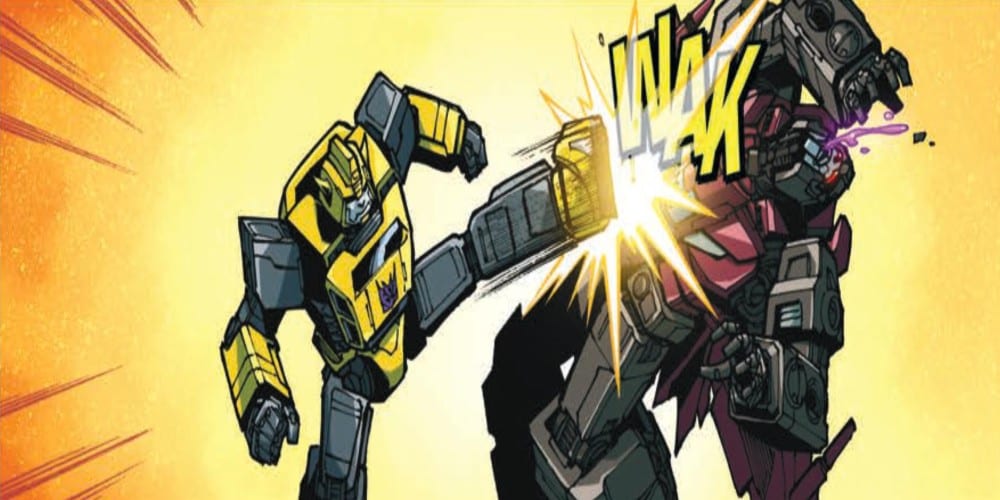 Transformers # 13 is a step in a better direction with more transforming and more action instead of the building conspiracy. The new Transformers series isn’t bad but it still has a long way to go to catch up to the saga which predated it. With more issues like this, such a feat would actually be obtainable.

A step in a better direction thanks to more action and intrigue. Review: Springer Brings The Action In TRANSFORMERS #13