All alone in the void of space, every adult is dead, how are the children supposed to survive? Find out in Sentient from TKO Presents.

Jeff Lemire brings his signature elements of horrifying despair to a new publisher that sells directly to consumers. Sentient explores the terror of being cut off from everyone with no way to communicate for help. Not only that, but factor in that the only surviving crew members are children and you’re flirting with a Lord of the Flies situation. 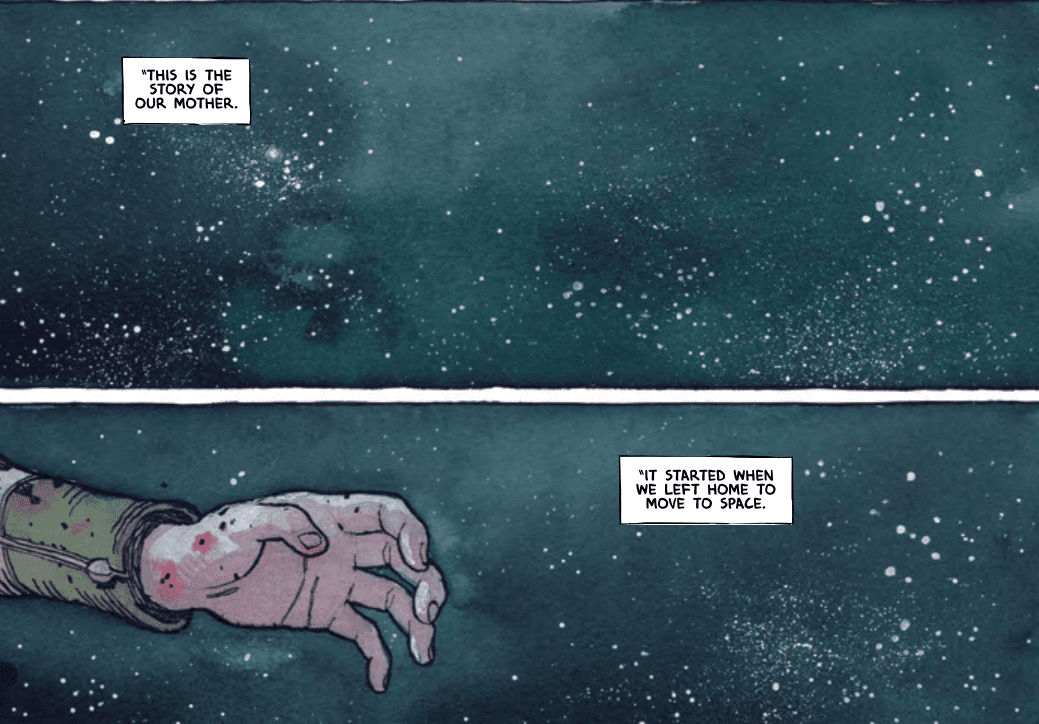 Gabriel Walta is the award winning artist from The Vision returning to science fiction to illustrate this harrowing tale of children immediately forced to grow up. So much work goes into science fiction especially when there’s spaceships and technology involved. What gets overlooked because it is not the focus of the panel are all the stars, wires, and other components in the background that are so important for making the setting feel as real as possible for something that almost none of us will ever experience.

Walta does a fantastic job of using a dark color palette that realistically portrays the artificial light you’d encounter while exploring the darkness of space. Weeks and maybe even years away from the closest light source a ship out in space would be like the darkest of alleys and brighter in places like the cockpit.

Sentient feels like it could be a part of the ALIEN universe with the lack of communication with the outside world and fear of the unknown. If this was an ALIEN movie the A.I. would’ve found a “hidden” planet that looks like a good place to make a home, but after landing, all the children would get their own facehuggers to take home. Valarie would then care for the xenomorphs and escort them to the new colony.

This is an over-sized book so Steve Wands gets more room to work as the letterer. His work is very easy to read, even when voicing Val with blue on blue, it doesn’t strain the eyes at all. It’s something I never really noticed before, but it adds so much to the book when you can make a word actually look like it’s producing the sound without having to read it.

When all the adults are dead, who is there for the children? Val, the A.I. of a spaceship, has the responsibility of raising a group of orphans. Will the children obey something without a physical presence? Will children respect what is essentially just a voice? What if you were never able to look into the eyes of the person who raised you? How would that shape the person you become?

Sentient raises quite a few questions for me when considering if this really took place. It is a compelling story that will leave you thinking about it for days after you’ve read it. TKO Presents found a fantastic Lemire story to be apart of their second wave of releases.

TKO Presents does something different and hopefully something that will take off in the industry. With comic books, I think many people in the industry will agree that Diamond is the biggest headache. They don’t seem to care about the product they sell as some of the books we receive look like they were dragged across the concrete, and others that are just completely bent in half and thrown into boxes with reckless abandon.

TKO takes Diamond’s terrible work ethic and performance out of the equation. Diamond needs a wake up call and I think publishers selling directly to consumers is the easiest way to give Diamond a reason to finally care about their quality of work. 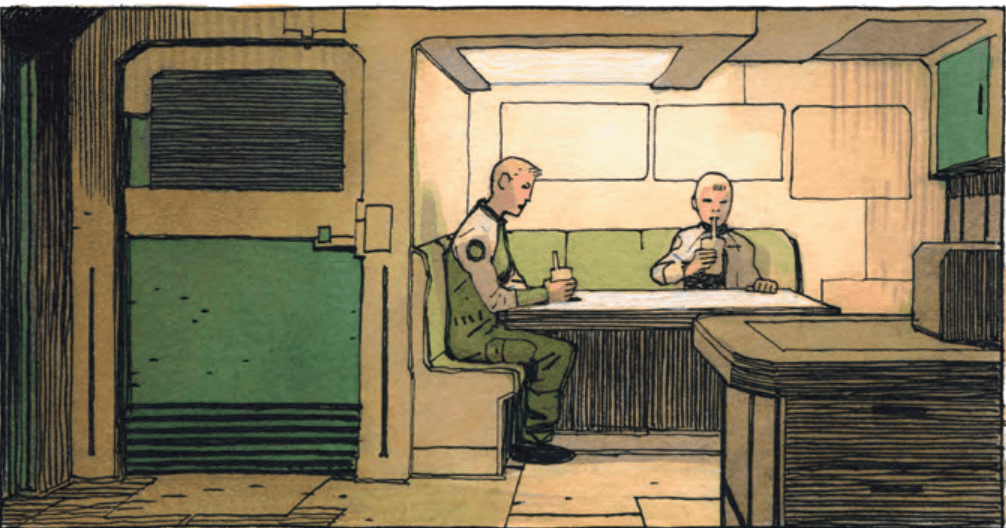 I also hope TKO succeeds in such a way that other publishers follow their lead. I would be a very happy boy if a slew of Diamond employees had to find new jobs where work ethic matters. They would more lost than the children in Sentient. 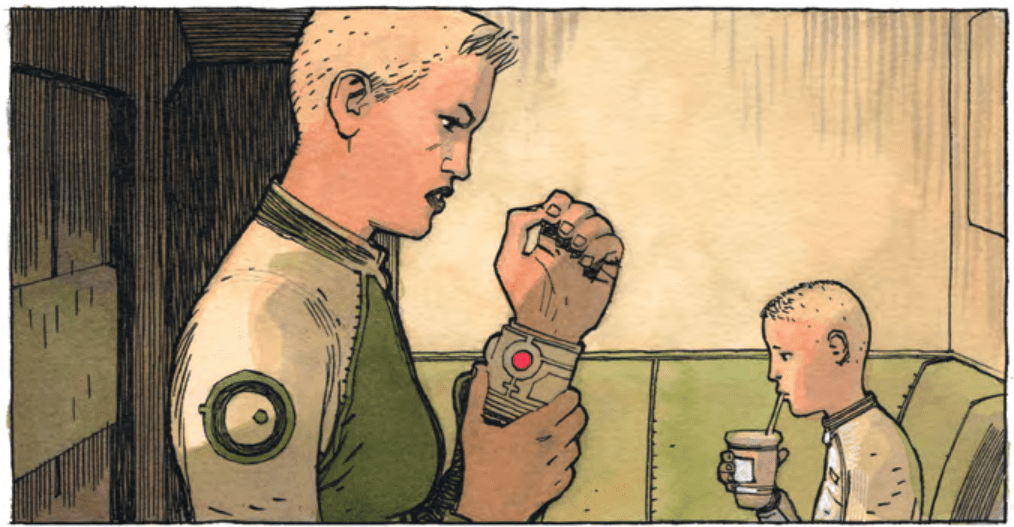 Sentient is a story about survival at all costs and the sacrifices we have to make to ensure that happens. How different of a person would you be if you had to skip being a carefree teenager? What if you were suddenly the oldest person around at 10 years old? I’m 31 and taking care of children frightens me, to imagine it even as young as 18 sends shivers down my spine.

5406
Find out how to get the
Monkeys Fighting Robots magazine!