The second issue of Livio Ramondelli’s “The Kill Lock” invests itself into the flaws and backstory of its characters as they seek a cure for their condition. Guided by absolutely phenomenal artwork, “Kill Lock” looks to be one of the most promising new series entering 2020.

Bonded by their Kill Lock, four robots search for a cure—a way to live, and die, independently. Their only clue is a bot known as The Axial, supposed to be a creator of the Lock and keeper of its secrets. Of course, the first thing they have to do is find her… without getting themselves killed!

Writer and artist Livio Ramondelli progresses the plot of his characters via their backstories and flaws in “Kill Lock” #2. The quartet’s journey takes them to a crime-riddled planet of debauchery and red-light districts. Ramondelli uses this environment to challenge each of the character’s weaknesses and personalities, placing them in some dicey situations that also keep the forward momentum of the main plot moving. Something truly special about the character work in this comic is that none of the four characters are stereotypes. There are of course hints of other archetypes in the protagonists (the psychopath, the faithful soldier, the innocent child, and the honest working man), but they manage to surprise the reader at almost every turn. The dialogue is plenty natural and well-paced, which may be slightly ironic given that everyone’s a robot, but that’s likely even more of the charm. 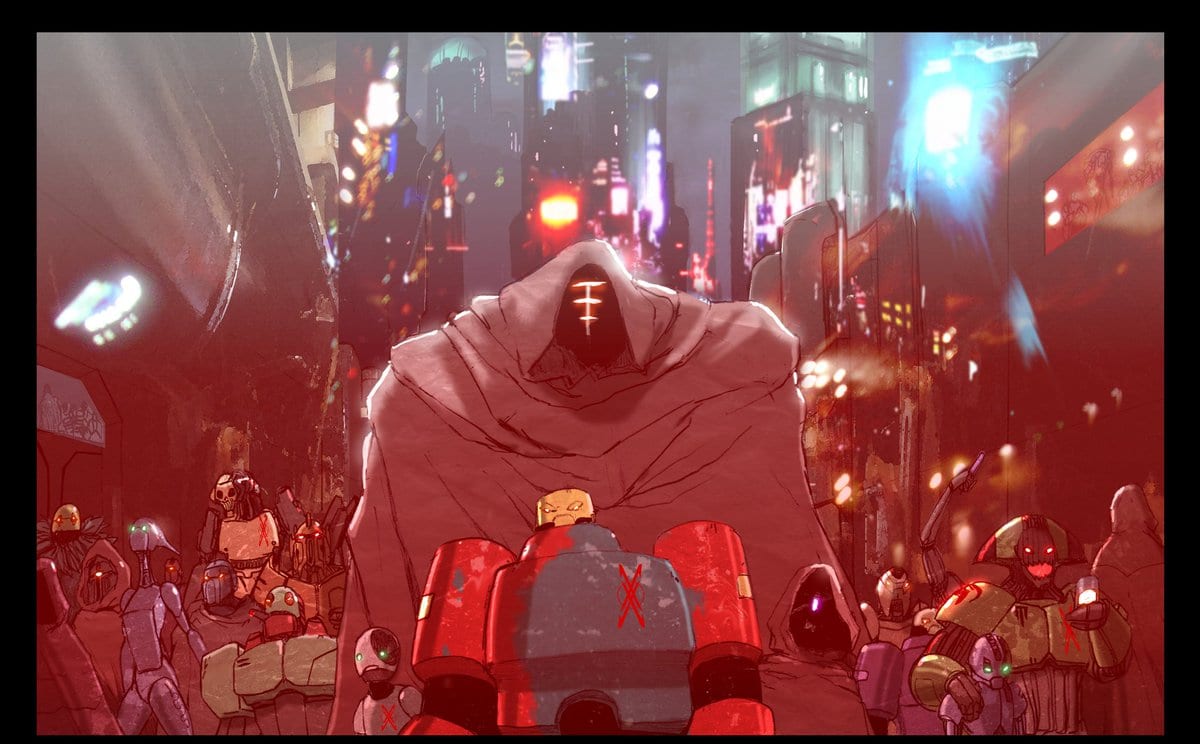 Ramondelli combines a “used future” aesthetic with his almost trademark style of drawing humanoid machines. Aside from his fantastic ability to design individually distinct and original robots of all sizes, he also creates perfectly dingy or desolate environments for them to roam around in. The icy tundra from the prior issue is replaced by a grimy urban landscape for “Kill Lock” #2, and it manages to be appropriately claustrophobic. Ramondelli’s combat scenes are a treat as well, short as they may be. They don’t showcase any excessive posing or maneuvering, and everything happens very quickly. Regardless, they’re always a brutal and awesome sight to behold for the whole three panels it takes for the Wraith to disembowel an entire platoon.

“The Kill Lock” #2 is a chapter focused on the backstory and characteristics of the main cast. The environment Ramondelli places them in forces them to act on their own impulses (or lack thereof, for one), revealing more about the quartet of disgraced machines and their ability to work together. The script remains tightly paced with great dialogue. The art is absolutely breathtaking in every regard. “The Kill Lock” is a definite series to watch as we enter 2020.