Review: RONIN ISLAND #4 Reveals The Origin Of The Byonin

Hana, Kenichi, and Master Ito — our heroic warriors from Ronin Island — are trying to find their place in the Shogun’s encampment. Kenichi, with Ito at his side, enjoys the luxuries offered by his royal bloodline while Hana serves with the army grunts. Both groups hope to uncover the secret of the Byonin by flattering the egotistical Shogun, but the nefarious secret they uncover may be more than they’ve bargained for.

All in all, RONIN ISLAND #4 shows how easy it is for people to lose their humanity.

Greg Pak’s trio of heroes spend the majority of this issue investigating the Shogun’s encampment for clues. The narrative shows a stark difference between the way Kenichi is treated and how Hana it treated. It’s once again made clear to readers the Shogun finds the wealth and status of people more real than the character they embody. 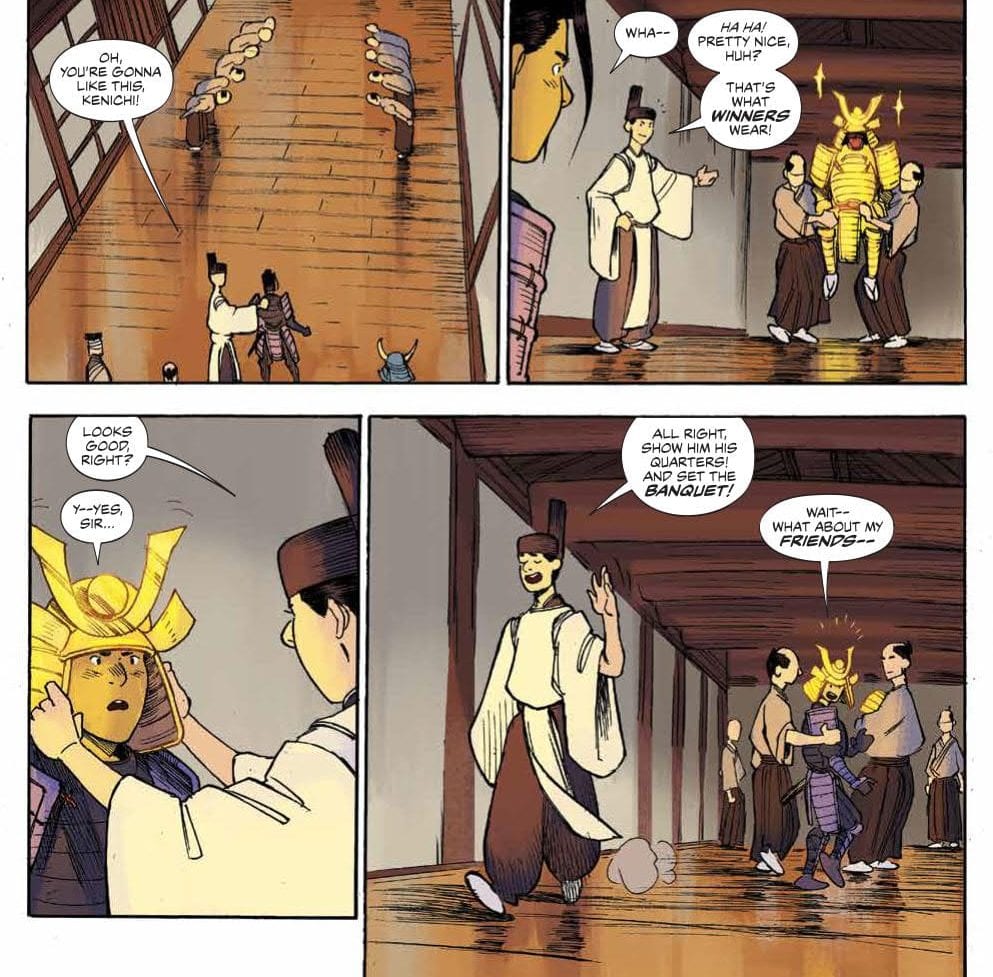 This theme continues throughout the story as Kenichi and Ito go through the motions of the Shogun’s formalities, all the while looking for any information regarding the Byonin. 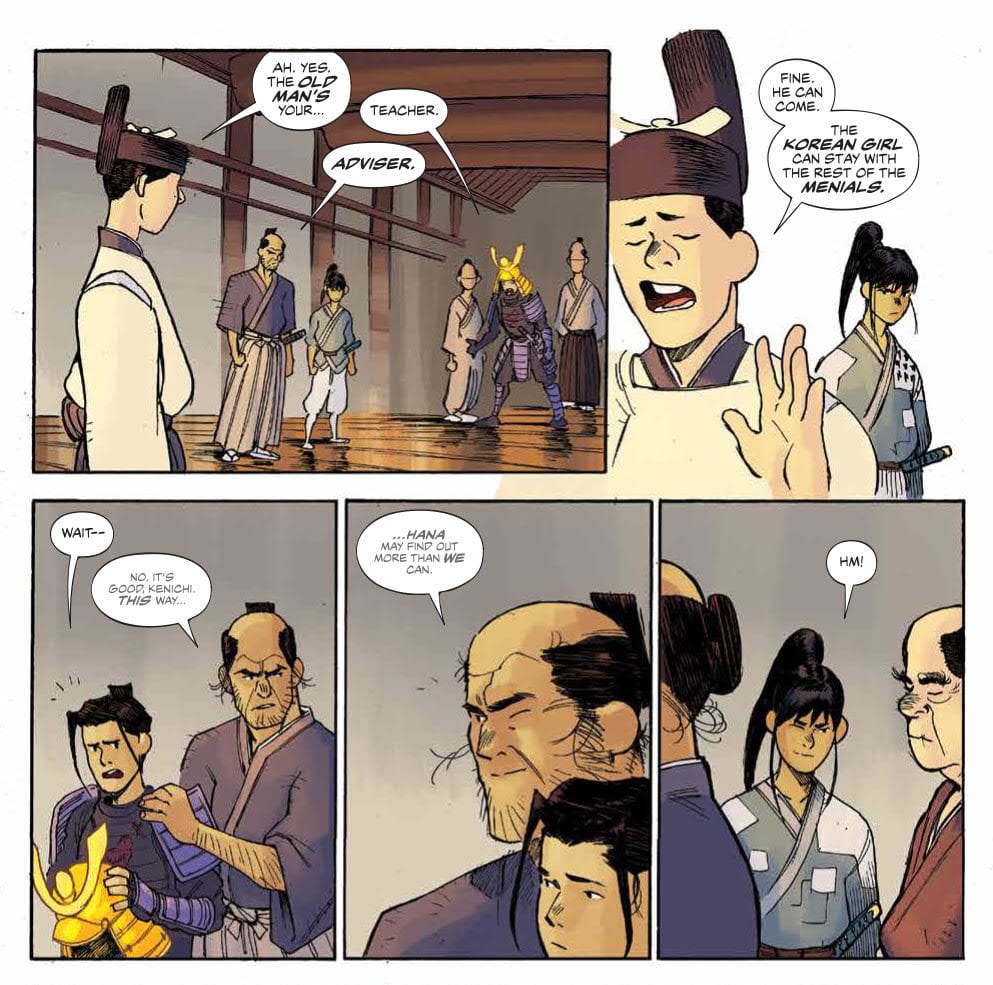 The story continues to dive deeper into the Byonin mystery, eventually seeing Hana uncover their origin within the depths of the Shogun’s doctor’s laboratory. In a way, the Byonin serves as a visual metaphor for the pomp and frills of the Shogun’s empire — a disease that masks the true humanity of the people underneath.

Giannis Milonogiannis’ illustrations for RONIN ISLAND #4, combined with Irma Knivila’s coloring, highlights the true nature of the Shogun’s encampment. We see dark corridors mixed with unearthly colored chemicals in the lab to emphasize this empire’s nefarious nature. In addition, Simon Bowland’s lettering brings the Byonin to life by creating stark font contrasts between the monsters and their pre-transformed human forms.

Milonogiannis’ penciling and Msassyk’s coloring for the main cover offers a nice preview of the story. It features Hana and Kenichi staring off into the Shogun’s camp, contemplating their next steps to both escape and save their island.

The preorder variant cover by Ethan Young, on the other hand, offers a detailed sketch of Hana navigating the ominous-looking encampment’s interior, which highlights the drama soon to be unveiled in the story. However, Kris Anka’s unlocked retailer variant cover shocks us most of all, revealing part of Ito’s skull in the shadow. Together, these covers generate enough suspense to make the idea of reading this story irresistible.

RONIN ISLAND #4 reveals the levels of darkness humanity is willing to pursue when fueled by fear. It’s a sobering analogy to our modern society that will haunt readers. Fortunately, Hana, Kenichi, and Ito’s courage offers an equally powerful hope.

What did you think of the Byonin’s origin reveal? Let us know in the comments below!

Review: RONIN ISLAND #4 Reveals The Origin Of The ByoninA thrilling mystery story for this thrilling samurai themed series. The suspense will leave readers on the edge of their seats.