Previous articleReview: THE BATMAN WHO LAUGHS #5 – Did Gotham Just Lose Its Soul?
Next articleReview: ICE CREAM MAN #12 Is The Noah’s Ark Of Space Horrors
May 8, 2019

Weeks of battling the violent zombie-like Byonin has left Ronin Island devastated. But now that the situation appears to be under control, Hana ventures forth with General Sato in order to protect the rest of the region. The RONIN ISLAND saga reaches new heights with these events as Hana, Kenichi, and Master Ito leave their island and attempt to join forces with the region’s new shogun.

Last issue Hana learned an important lesson while defending her island with Ito: One can’t claim to be “together in strength” if they’re not willing to look beyond their tribe. And seeing the nobility of Sato, however distorted through sheer haughtiness, motivates her to offer her samurai skills to his campaign against the Byonin. 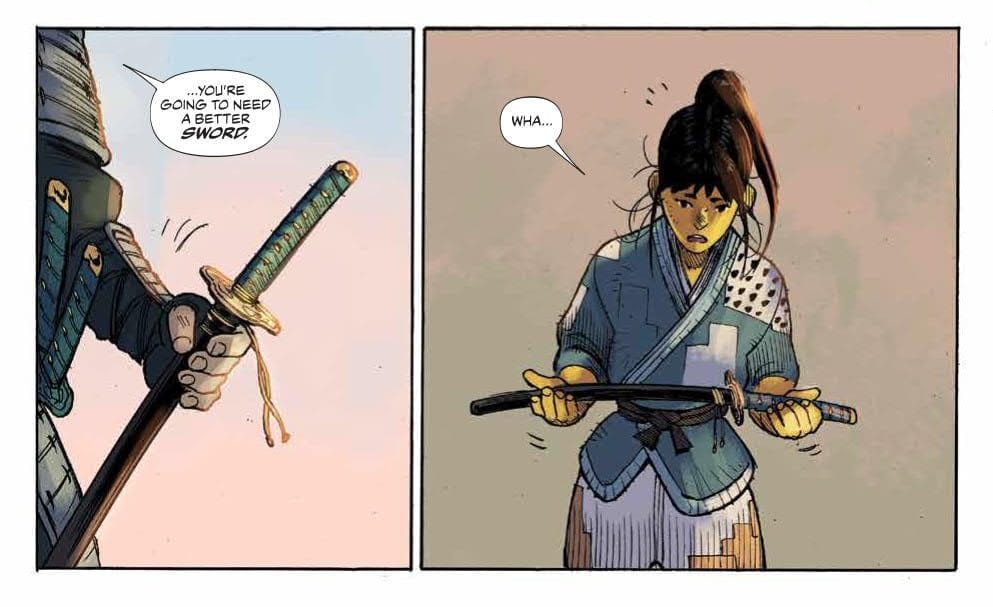 In an astonishing act of good faith, Sato bequeaths an impressive samurai sword to Hana, claiming her own won’t be effective in the coming fight. This simple action speaks volumes; it shows how Sato values Hana’s abilities and tenacity above the superficial qualities of status and lineage Kenichi embodies. Greg Pak’s reversal of the stereotypical general image allows readers to sympathize with Sato, as well as Hana.

The anticipation of finally meeting the mysterious shogun will have readers gripping the edge of their seats. But will this ruler reward Hana in the same manner as Sato? And where will Kenichi play into all of this? These questions and more are set to be answered in this exciting issue.

Giannis Milonogiannis’ pencils continue to astound readers with his depictions of the East Asian landscapes. Readers become fully immersed in the story’s coastlines, fields, and forests. In addition, Irma Kniivila’s transition from the quiet, cool colors of the island to the harsher, warm colors of the shogun’s encampment juxtaposes the safety of home and the riskiness of travel abroad. 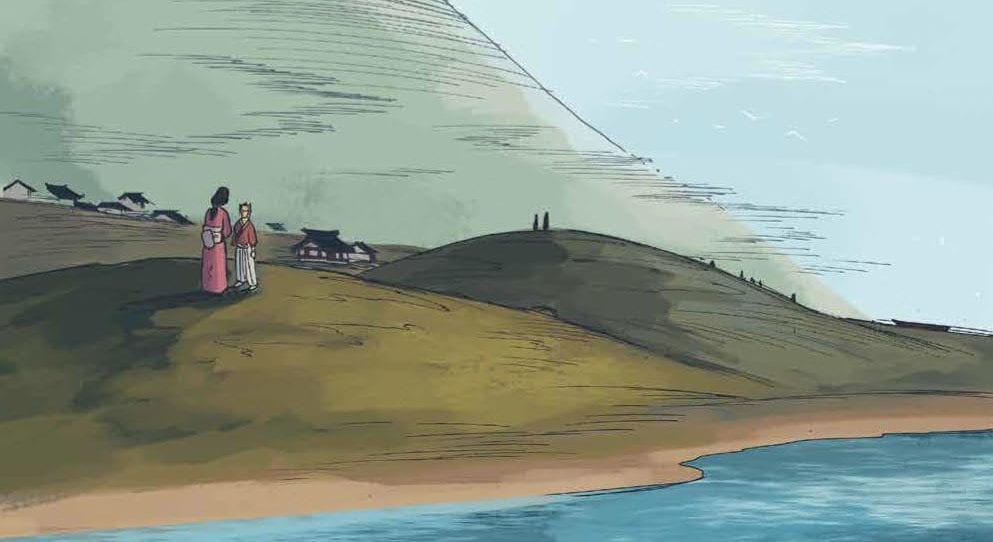 Simon Bowland’s lettering completes the ensemble of inner artwork by using bold styling to place the focus on the story’s key words/phrases, such as “each other,” “whole world,” and “trust,” to name a few.

In addition, Milonogiannis and Msassyk’s main cover features Hana fending off a sword to show her fighting prowess and determination readers witness throughout the story. Ethan Young’s preorder cover takes another approach by featuring a detailed drawing Sato, who largely serves as a reflection of Hana’s own ideals. Kris Anka’s unlocked retailer variant cover emphasizes this notion further by using Sato’s image as a stand-in for Hana’s reflection.

RONIN ISLAND #3 gives readers a full-circle look at Sato’s character, showing his many similarities to Hana despite their superficial differences.

Where do you think Hana and Kenichi will fit into the new shogun’s regime? Let us know in the comments below!

Sharks. These carnivorous creatures of the seven seas peak our interests and swim through our nightmares. Since Steven Spielberg brought Jaws to the silver...
Read more